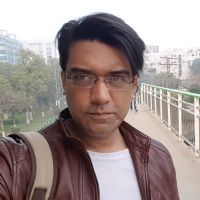 Kamran Chaudhry is communications officer at Caritas Pakistan National Secretariat in Lahore. He was the head of the Pakistan operations of Union of Catholic Asian News (UCAN) for seven years before joining Caritas in 2013. He began his journalism career in 2005 after attaining a master's degree in English. He previously worked with Asia News, an online news agency of the Roman Catholic Pontifical Institute for Foreign Missions. He is also a content writer for Youth Development Foundation, a nongovernmental organization that works with youth for peace building. He and his wife have a son and a daughter.

The rising costs of electricity and petrol, compounded by a scorching heat wave, has forced the Sisters of Charity of Jesus and Mary to change their lifestyle at their homes for older adults across Pakistan.

Donations for sisters' homes for the disabled have declined, not only because of Pakistan's fragile economy, but because COVID-19 has prevented traditional charity visits from Catholic parishioners.