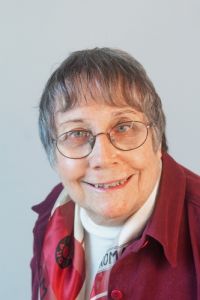 Mary Ewens is a member of the Dominican Sisters of Sinsinawa, Wisconsin.  As an educator she has taught in grade school, high school and college and has been an administrator at the university level. She received the "Distinguished Historian Award" of the Conference on the History of Women Religious for her contributions to sisters' history, including chapters in 10 books.

Dollars and sense: Funding works on the margins

When I was studying the first sisters' communities in the United States, I became aware of the importance of economics in the success or failure of those sisterhoods. Sisters who came from Europe found a culture and economic situation very different from those in Europe. For centuries, convents and monasteries there were financed by wealthy, often noble, patrons, and by the sisters' dowries. In the U.S. there were few wealthy Catholics; most were immigrants on the bottom rungs of society. Few could afford dowries. Congregations that were going to survive had to adjust to the economic conditions in the new nation.

In my research after Vatican II, I looked at the roles seen in the constitutions of religious communities. I found many interesting things, including how sisters completely changed the public attitude towards Catholicism by their Civil War nursing. But I think the most important insight – and the most depressing – had to do with the formal role definitions for nuns that are found in papal decrees that functioned as canon law. It turns out that the basis for the rules that required me to have a companion for my class, and kept me from attending Cardinal Koenig's lecture, dated back to 1298 and medieval Europe!