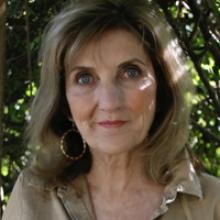 Mary Jo McConahay is a longtime contributor to National Catholic Reporter and a prize-winning author, documentary filmmaker and freelance journalist who has reported from two dozen countries over 30 years. Her work has appeared online and in newspapers and magazines, including the Los Angeles Times, Newsweek, Salon.com, Time and California Lawyer. She is the author of Maya Roads, One Woman's Journey Among the People of the Rainforest and Ricochet, Two Women War Reporters and a Friendship Under Fire. Her book, Tango War: The Struggle between the Axis and the Allies for the Hearts, Minds and Resources of Latin America, 1933-1945, will be published by St. Martin's Press in 2018.

On the front lines of mining protests with the Maya

From a Memphis monastery to war-torn Guatemala