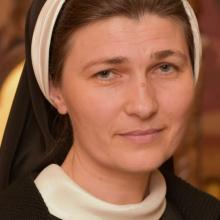 Nazaria Nataliya Mykhayliuk is a Sister of the Order of Saint Basil the Great (Province of the Most Holy Trinity), an international order of the Eastern Catholic Church. She studied economics at Lviv University in the Ukraine before entering her community. Later, she worked in school and parish ministry with sisters from the Philadelphia Province at a Ukrainian Catholic parish in Mississauga, Canada, near Toronto. After final vows in 2002, she studied iconography in Lviv, then was missioned to Zhytomyr. She is currently serving in Rome as General Councilor in the administration of her order. 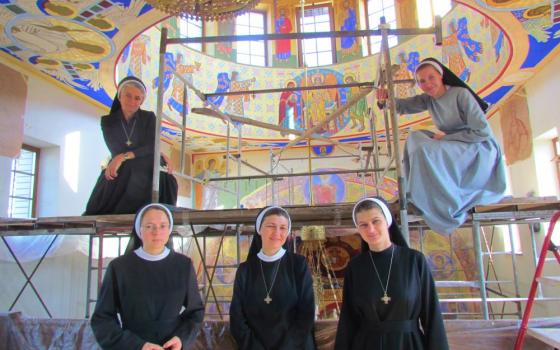 Painting icons, the light of Christ