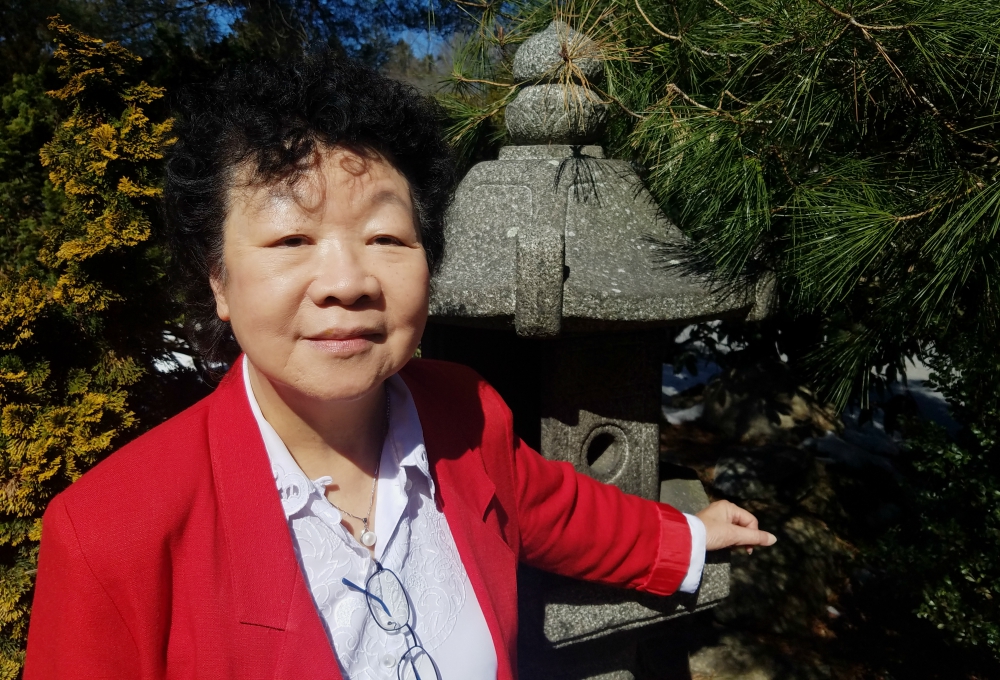 Ossining, New York — Maryknoll Sr. Joanna Chan, a renowned playwright and theater director, was recently honored by the Westchester (New York) County and Hudson Valley chapter of OCA, a national advocacy group for Asians and Pacific Islanders living in the United States. The honor, given to Chan for her heralded contributions to theater and her ministry as a Maryknoll sister, is one of many in Chan's career.

Another honor was being named in 2016 as the only living Chinese person featured in a permanent exhibit, "New York at Its Core," at the Museum of the City of New York. The interactive digital exhibit focuses on 74 prominent New Yorkers and puts Chan in esteemed company that includes Catholic social activist Dorothy Day as well as Alexander Hamilton, banker David Rockefeller, financier J.P. Morgan and New York Mayor Fiorello LaGuardia.

Chan's career in the theater began when she was director from 1969 to 1976 of the youth ministry at Transfiguration Church, a predominantly Chinese parish in New York's Chinatown. There, she created her first theater company, the Four Seas Players. She remains affiliated with Transfiguration Church as a leader of church retreats.

She has also served as artistic director for the Hong Kong Repertory Theatre and is a co-founder of the Yangtze Repertory Theatre of America, which produces works by Asian and Asian-American artists. Chan has either written, directed or adapted more than 70 productions, her congregation said in listing her accomplishments. In all, Chan has written 28 plays that have recently been issued in an eight-volume collection.

"I feel the eight volumes is a record of what I've written in the last 44 years, and they include what I think are my major works," she said. They include "The Empress of China," "The Soongs: By Dreams Betrayed," and the recent "Dai Lo and Dai Lo: The Lives and Times of Ho Tung and Chou Shouson," a history of two prominent figures in Hong Kong's history.

Since 2002, Chan also has worked as a volunteer in arts, language and ministry programs at the maximum security Sing Sing Correctional Facility in Ossining, New York.

A Hong Kong native who grew up in China, Chan, 78, is a graduate of Chung Chi College at the Chinese University of Hong Kong and also holds master's and doctoral degrees from Columbia University's Teachers College. She joined the congregation in 1964.

Interviewed at her office at the Maryknoll motherhouse in Ossining, where she is in charge of the congregation's heritage exhibit, Chan was modest about her accomplishments and laurels. She said the only reason she received the recent award in Westchester was because of her honor at the City Museum — and she still can't quite believe she is in the same space as New York legends such as Hamilton and LaGuardia.

GSR: You keep writing and producing plays. Tell us about your latest work.

Chan: My latest play ["Dai Lo and Dai Lo"] is about an 80-year period of history of Hong Kong. Because of this history — once a British colony, once occupied by the Japanese in World War II — the play is multilingual. I'll probably direct it a year from now in Hong Kong. It has been more than 20 years since Hong Kong was returned to China, and it's still finding it its identity. The issue of identity is part of what I've written about.

How did you get into theater, and how have you balanced all of these different activities?

It's not been the usual ministry, true. [She laughs.] It's been a good ministry, but the good part of it is that none of it was planned. I wrote some of the plays just out of need.

I started directing and writing because I was in charge of youth activities at the church, and we needed to create our own works. There weren't many plays we could work from, so I began writing plays. 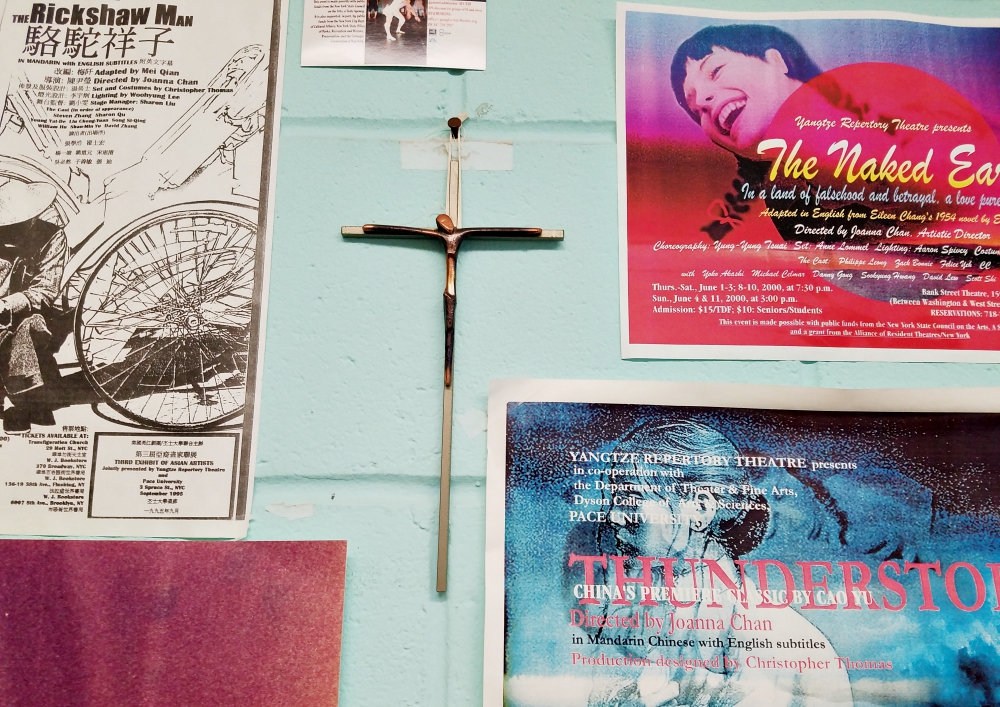 But theater is not only about the writing. Mounting a production involves bringing very diverse types of art and artists together. I have stayed in the profession for a number of reasons, and one of them is that idea of working together. You respect individual talent and gifts and experience while in the process striking a balance, finding that balance between the individual and the communal. Does that make sense? That idea stems from my own Christian faith, and it's why I've stayed in this profession for 40 years.

You were recently back in Hong Kong to teach a workshop on the theme of a "Christian moral core" in the theater. What do you mean by that?

It was a nine-day workshop, and the people in the workshop were mostly evangelical Protestants, not Catholics. I wasn't sure who would attend, but there were 30 people from all over China, ages 25 to 55, and we explored this idea of a moral core, which I call "What Jesus lived and died for." The title of the workshop was "Creating a Christian Moral Core in Writing for Movies, TV and the Stage." The workshop consisted of reading and analyzing seven of my plays and inviting the participants from different parts of China to create scenes using the same theme. 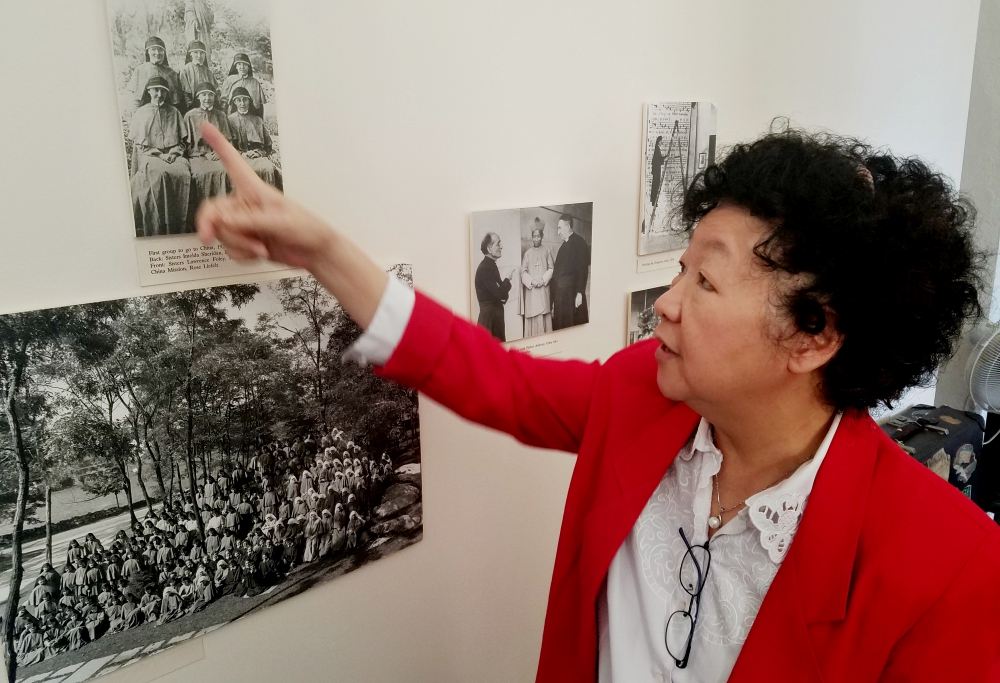 In straddling the worlds of religion and theater, you've been something of an iconoclast, haven't you?

Well, the ministry has never fully been understood by some in the church. One parishioner at Transfiguration told me recently it's taken her 30 years to understand my ministry. Even some of my fellow sisters have said the same, but after seeing a production I did at Sing Sing, they said they now understand.

Maryknoll has supported my ministry through the years, though my assignments from Maryknoll have focused on a China history project and the heritage exhibit. Tending the theater ministry has been on the side. But by now, of course, theater work has become part of my identity.

As the person in charge of Maryknoll's heritage and history exhibit — Maryknoll had an early and strong presence in China — what are your thoughts about the congregation's past, present and future?

Whether Maryknoll continues as I've known it, I don't know. It won't continue as it was, but that hasn't to do so much with numbers as it has to do with the younger members being from the part of the worlds, Asia and Africa, where we used to send missionaries. The women when I first joined were primarily Caucasian. It won't be that way in the future. But it shows us that the early missionaries inspired the younger women. There are beautiful young women from different cultures now. They practice their faith in different ways than what we once knew. But it's a good thing, I think.

You've had such an unusual ministry. What has kept you grounded through the years?

Arts and Media | Q & A with Sr. Joanna Chan, playwright who finds inspiration in the Gospels

Prompts for a hope-filled life

Q & A with Sr. Kieran Sawyer, teaching young people about life and love