• Hope propels Haiti forward in spite of the obstacles it faces

• Haiti's fragility of infrastructure, strength of people remain one year after Hurricane Matthew 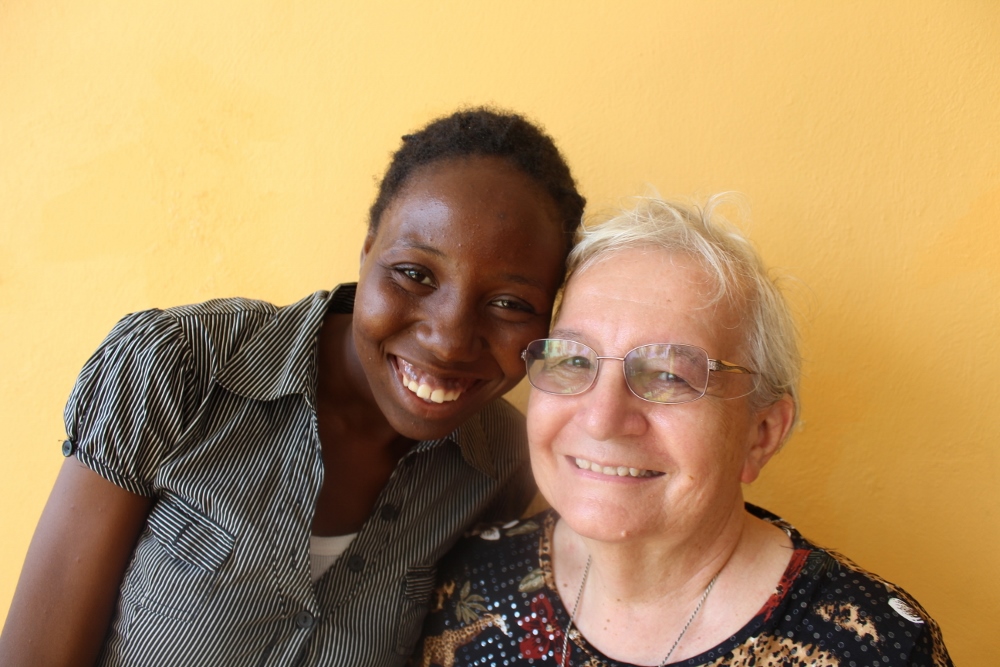 Jacmel, Haiti — Measuring progress in a country such as Haiti with its myriad of challenges is risky, fraught with potential disappointment and few milestones.

But my visit last fall with Sr. Janet Lehmann, director of the nursing program at University of Notre Dame Haiti's Jacmel campus, and some of the school's students pointed unequivocally to brighter prospects.

Perhaps most noticeable in my visit was what wasn't there — no damage from the many hurricanes that scarred other islands in the Caribbean, such as Puerto Rico and also wreaked havoc on parts of the U.S. coast. Except for some stretches in the far northern part of the country, Haiti was largely spared during the 2017 hurricane season, a relief given the extensive suffering caused by from Hurricane Matthew in 2016.

Also milestones: Specific improvements at the university that Lehmann cited since my initial visit in 2016.

The school has a new academic dean for curriculum and research — "a big help; he is an asset to each department," she said — and Lehmann sees the University of Notre Dame Haiti Jacmel as playing a role in the country's future potential. An education major initiated four years ago is becoming more popular, Lehmann said, with 121 students enrolled in the program and the first graduating class set to complete their work this year.

She sees having more qualified teachers as an important step in Haiti's development. "I feel education is the primary way to ensure the growth of Haiti, she said. "It is the main way for Haiti to become stronger."

Raising money for scholarships at the school is still a major concern, and that means turning to donors in the United States, Lehmann said. It costs about $1,000 in U.S. dollars a year for students to attend the university, and the students and their families make great sacrifices to pay that, she said.

She believes her case for scholarships is strengthened by other school improvements, such as research initiatives that include a project focusing on cholera in Jacmel and surrounding areas. Another improvement for the nursing program, which has 210 students, is a van that seats 13 people, Lehmann said, and transports nursing students to clinics and community sites where "clinical practice," as Lehmann calls it, can happen. 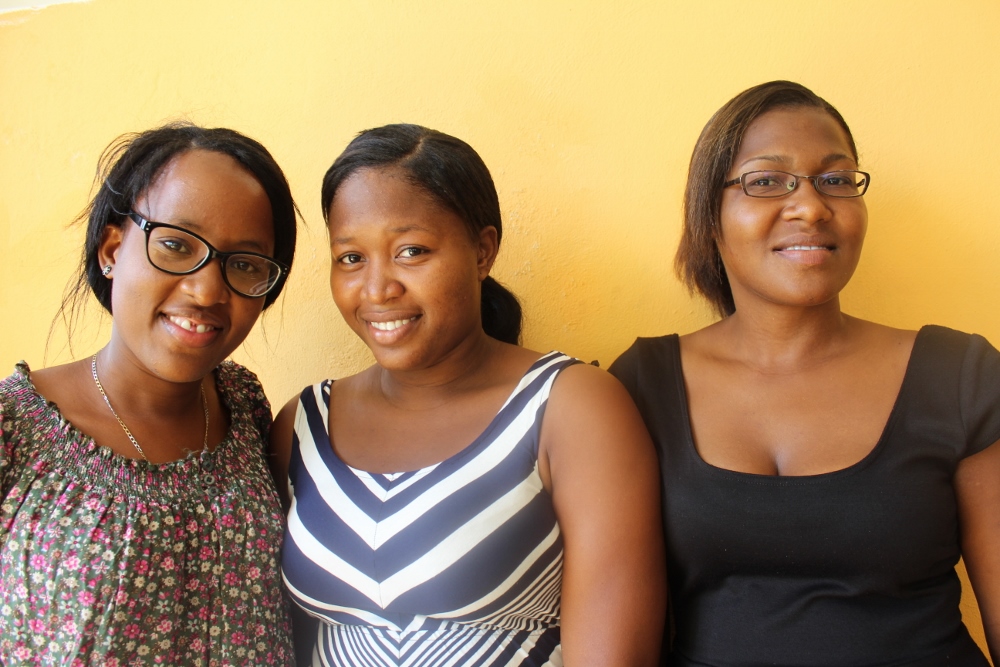 When I first met Lehmann in 2016, she was still settling in. "Settling in" may seem like a misnomer: Lehmann, long-time head of the nursing program at the College of Saint Elizabeth in Morristown, New Jersey, a school affiliated with the Sisters of Charity of Saint Elizabeth, had been recruited for the job in 2013.

But by her own admission — and the experiences of a number of sisters I have met in Haiti through the years — Haiti can be a challenging place to settle into.

Haiti's overall situation as the poorest nation in the Western Hemisphere and its endemic poverty remain challenges, which a hurricane like Matthew only exacerbates:

"It was a tough time — a lot of people lost the roofs of their homes, as well as crops and mango trees," Rose-Marie Charles, a Jacmel laundress, said of Hurricane Matthew, a category 5 storm. "But gradually things came back."

Though much of the damage in the Jacmel area was outside of town, with fallen trees and farm animals perishing, all in all many people felt lucky, said Gabriel Claudel, a motorcycle driver for hire. "God still loves Haiti."

Lehmann, who had been in the United States at the time of Matthew, said that her university fortunately was spared serious damage — though everything is relative in the context of a country accustomed to hardship.

"Upon returning after Matthew, I did not have electricity or running water for 10 days. The electricity returned, and I was able to pump the water to the water container on the roof and so I had access to the water," she recalled. Repairs were completed relatively quickly, thanks to funds provided by donors to the Sisters of Charity.

Lehmann says the university is now back to normal — though in Haiti, worries about the next hurricane season, now just three and a half months away, June 1 — are never far off. Recognizing the potential for future serious damage is always present, Lehmann and Charles said.

"We are always worried because we never know what category of hurricane it will be," Charles added. "The island is vulnerable. It just is," Lehmann said.

Still, in spite of difficulties, Lehmann believes the country is experiencing some hard-won stability, including a strengthened currency exchange rate for the Haitian currency, the goud. 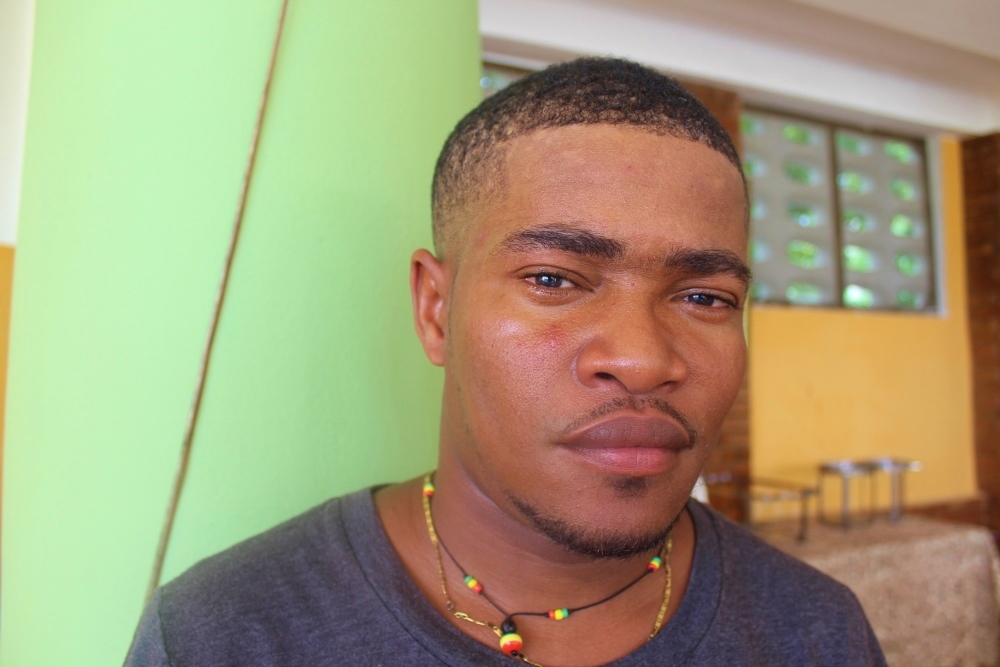 As for the school's stability, credit also goes to Lehmann's students, a few of whom I met during a relaxed lunch at a local restaurant in late September.

Betty Abraham, a fourth-year honors student who lives in the nearby community of Mizak, a half-hour's commute from Jacmel, wants to continue her education in nursing.

"I love it," she says of nursing, which she believes in as a profession because "I don't like suffering." She says she wants to help, and to train people to prevent water-borne diseases and malaria. Students Myrline Alexis, who is from the Haitian capital of Port-au-Prince, and Rose Laure Colin, who is from Jacmel, say they will go wherever work takes them, though Alexis is more likely to return to Port-au-Prince because of family ties.

That isn't merely anecdotal: A 2014 report by the World Bank noted that some of the starkest inequalities in Haiti are based on geography — between urban and rural areas. In a country where more than half live in rural areas, nearly "70 percent of rural households are considered chronically poor, against a little over 20 percent in cities," the report said. "That means they live below Haiti's poverty line on less than $2 a day and lack access to basic goods and services."

Colin said she has been drawn to nursing since she was a child. "Even when I was young, this was a field I wanted to enter; I grew in love with it."

To Lehmann, the optimism, steadfastness and hope of her students speak of better days for Haiti.

"It is an honor for me to serve in Haiti," she said. "The nursing students, the faculty, staff, and the Haitian people I have come to know as friends have enriched my life."

Have you changed the world today?