From Global Sisters Report: Notes from the Field is our summer blogging project. Working with the Catholic Volunteer Network, we’ve enlisted four young women working in ministries of Catholic sisters around the world – Honduras, Thailand, Ethiopia and the United States – to blog about their experiences, each for six weeks. This is Mary Clare Mazzocchi's final Notes from the Field installment.

It is hard to believe that this will be my final week of living in community with the 14 Mission San Jose Dominican sisters whom I have come to care for and respect so deeply this past year.

Last week, a new sister moved into the convent, and her arrival got me thinking about one impressive and invaluable aspect of the community at Immaculate Conception Priory. This sister is in her early 30s, and she will be joining 14 other sisters ranging in age from early 50s to upper 80s. The diversity of the sisters – in age, background, and perspective – allows them to create a beautiful example of community, of coming together as unique individuals to follow a single, unified vision.

When I was first reading about Dominican Volunteers USA, I was intrigued by the phrase “intergenerational community,” which appeared in many descriptions of the program. The phrase describes the model of placing one or more lay volunteers, usually recent college graduates, in communities of Dominican sisters. This model appealed to me because I hoped to gain perspective from the example and counsel of women who had years of experience in the ministry and lifestyle that I was only just entering.

Though I have, in fact, grown immeasurably from observing and listening to the sisters I have lived with this year, I have also come to see that intergenerational community means much more than a kind of mentorship where the younger learns from the elder. Instead, the triumph of intergenerational community occurs when sisters cross the generational divide to connect with one another and move together toward their common purpose.

The sisters living at the priory negotiate cultural differences, generation gaps, and – because sisters of different ages each had a different experience of religious formation as it evolved over time – a diversity of perspectives on the religious vocation itself.

As I became aware that the primary work of community consists in negotiating these differences, I wondered what common basis kept the sisters together, advancing their faith and work side by side.

I remember taking a walk with Sr. Elizabeth Lee, in my first couple of months of living at the priory. Lee, who is in her 50s and originates from Korea, asked if I felt welcome living in the community. I said that I did feel welcome. She was glad I felt that way as a lay person, because the concept of community was more difficult for her to understand when she was a lay Franciscan before becoming a Dominican sister.

“It’s different under the vow,” she said, “because there is trust. It’s a total commitment.”

Like a marriage vow, Lee said, the sisters’ shared vows of poverty, chastity and obedience create a common language and foundation, helping them remain united when difficulties arise.

Sr. Martha Garcia – who is in her 70s and entered the congregation at the age of 21 from her hometown of Mexicali, Mexico – places a similar faith in the constitutions of the Mission San Jose sisters.

“The constitutions are very key,” Garcia says. “You presume that each individual is trying to harness – or to hook up to, or to be pulled by – the vision. And the vision is very broad: to say that we are here to be of service to the poor, the vulnerable, and the marginalized.”

Dominican sisters proclaim four “pillars” of their order: prayer, study, community and ministry. As I have navigated life as a layperson in the community, these pillars have been the basis for my seeking common ground and connection. Though there are many differences among us, the sisters and I all share a common orientation toward these four elements of a Christian life.

By learning to see past differences and seek connections, I have become more discerning about which differences are and are not important to finding mutual connection. For example, I have found that I can connect as easily with a sister in her 70s or 80s as I can with a person my own age if I truly seek that connection.

I recently discussed with one of the sisters the phenomenon that Christian identity, from its very beginning, has always been associated with community.

I often think of the description in Acts of the Apostles that the lives of early Christians, appreciating how similar it is to the lifestyles of modern-day religious: “They devoted themselves to the teaching of the apostles and to the communal life, to the breaking of the bread and to the prayers. . . .  All who believed were together and had all things in common” (Acts 2:42-44).

I especially like the phrase “all things in common.” The words here refer to the communal sharing of goods, but the phrase is striking to me because of its colloquial meaning. It is impossible that the early Christians had “all things in common” in the sense that they were all alike in background and experience. Early Christian communities were undoubtedly as diverse in experience, preference and perspective as the 14 sisters are who form the community here at the priory. Yet they, like the sisters, found a way to work together to preserve what was important to them and move forward on a common journey.

As I finish my year as a Dominican Volunteer and move on to a different lifestyle than I have had with the sisters, I will always cherish what I have learned here, and I am excited for the sister who has recently joined the community.

Living in a large, diverse community presents some personal challenges, but those challenges are part of what makes the priory such a holy place. Sisters negotiate personal differences to find that they can connect with each other in important ways, help each other grow and advance, and truly share all things in common.

[Mary Clare Mazzocchi has been a Dominican volunteer for a year at Immaculate Conception Academy, an all-girls Cristo Rey high school in the Mission District of San Francisco.] 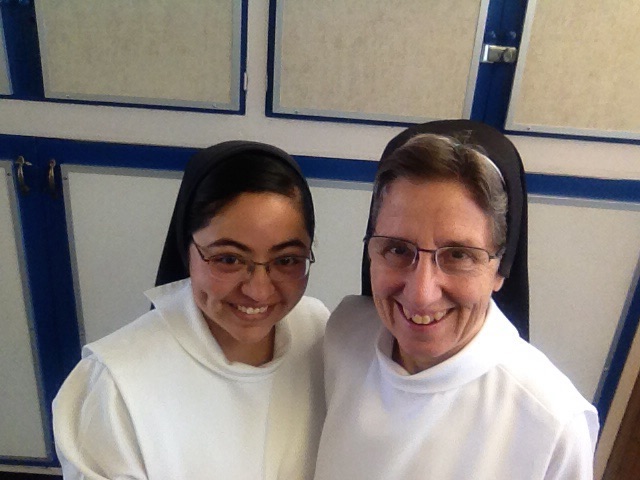 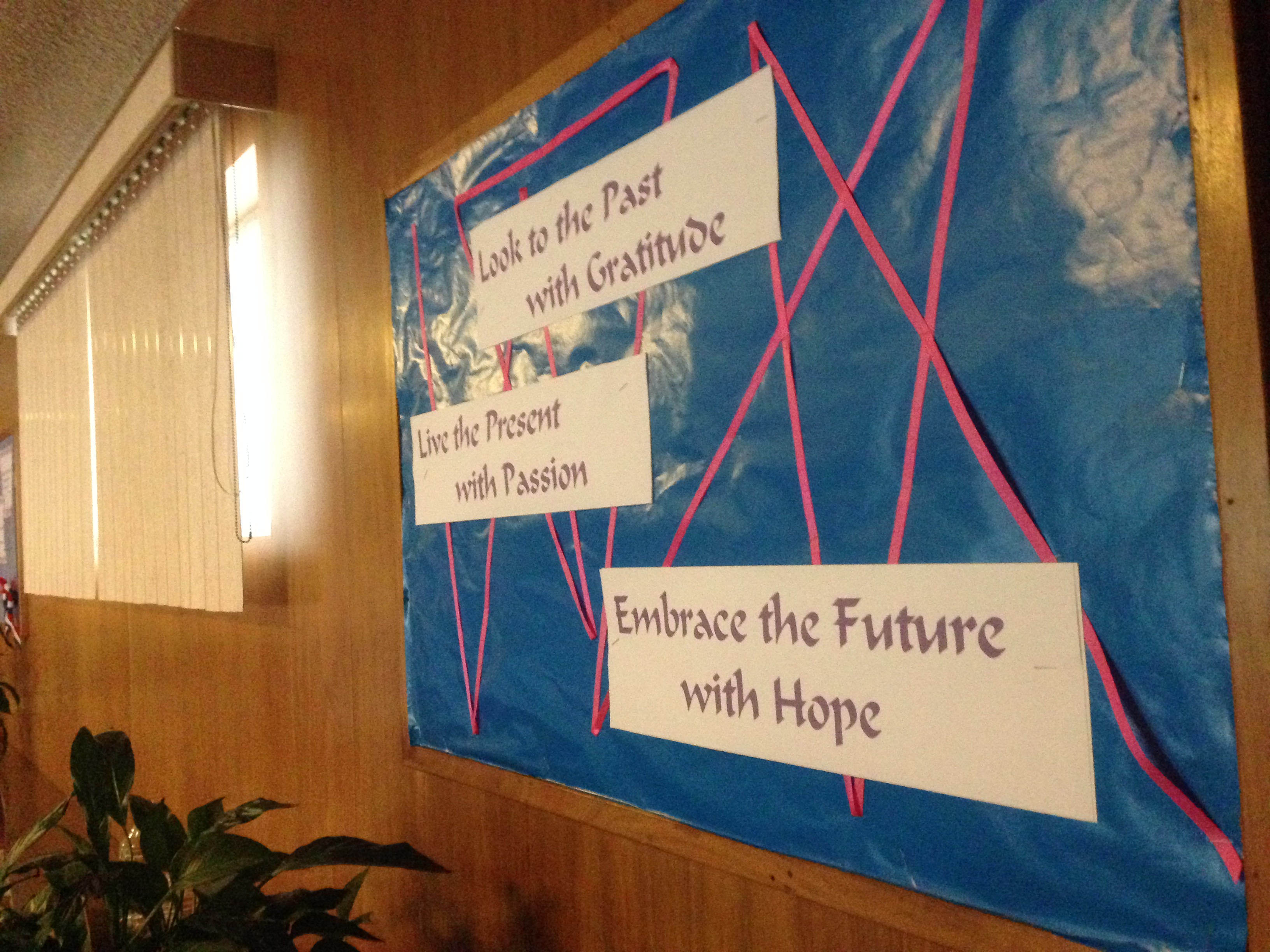