Notes from the Field is GSR’s summer blogging project. Working with the Catholic Volunteer Network, we’ve enlisted four young women working in ministries of Catholic sisters around the world – Honduras, Thailand, Ethiopia and the United States – to blog about their experiences, each for six weeks. This is her concluding blog.

I distinctly remember the first time I referred to a place that was not the physical home of my childhood as my “home.” It was the end of winter break of my freshman year of college and I was talking to my mother about when she would be able to drive me back home. My mother, without missing a beat and looking rather offended, responded, “You are already home.” A pain stung in my chest as I realized the misstep in my choice of words but also the validity of the statement.

My university and the dorm I inhabited were now my home in much different ways than the home I was raised in — but still a home nonetheless. Since graduating from college just over two years ago, I have had the privilege to call two significant, yet very different places my home: Baltimore, Maryland and Nong Khai, Thailand. However, 49 days ago I returned “home” to Boston, Massachusetts, to bring a close to my two years of domestic and international service with Good Shepherd Volunteers. I have spent each of the 49 days as a foreign figure becoming reacquainted with the familiar sights, smells and sounds of my childhood home, trying to cope with being an outsider in a native land.

The most significant way transitioning back home has affected me has been in regards to my sense of identity. I left Thailand feeling more confident and self-assured than ever before. The slower pace of life in Nong Khai allowed me to focus on dedicating time to learning more about myself, studying my strengths, weaknesses, quirks and flaws, and loving them all the same in the end. In returning back to Boston, I have found myself falling into previously established patterns of self-doubt, insecurity and self-consciousness. In many ways, even as a 24-year-old young woman, I identify very much right now with the 14-year-old boys of the world in the throes of puberty — hyperaware of their bodies, words and actions. I find myself resorting to old patterns of thought and behavior, those of the girl who once soundly slept beneath the same roof I have returned to, not the woman I have returned as.

I had the privilege this past weekend to head to New York and New Jersey to be a part of GSV international and domestic orientation for the next round of incoming volunteers. As a part of orientation, Julie Lupien, who runs From Mission to Mission, an organization aimed to help transition volunteers, both lay and religious, to and from years of long- and short-term service and mission years, was in attendance. Julie helped to facilitate my international orientation before my community member Tamarah and I headed off to Nong Khai this time last August.

I had the opportunity to sit in on Julie’s session on transitioning at this year’s orientation and to also talk with Julie for the better half of Tuesday morning. It was reassuring to know that it is common to feel a sense of identity loss and a sense of uncertainty when transitioning through change; however, it is frustrating nonetheless. As Julie phrased it, when we are leaving our “homeland,” we head to a place that looks more like a “wonderland” than our “homeland,” but when we return to the place we once left, it now becomes a “newfoundland.” It does not resort back to the “homeland” because we have changed in the process. So while my house still smells like fresh linens, and the grandfather clock in the entry way has not stopped sounding since my departure, it is I who has arrived new.

As much as I loved listening to Julie’s discussion on transitioning, the part I most valued of my time with her this weekend was sitting with her for three and a half hours and just telling her my story of what I did in Thailand, who I met, how they influenced me, and what I want to take away from them. I got a chance to show her pictures of the people I loved and allowed myself to cry to her telling her about my favorite patients or about my favorite memory of playing with Nong Naam, a five-year old girl who passed away the November after I arrived, at a beautiful waterfall in late October. I was vulnerable with her. I was open. I recognized that she was a safe support system. And soon the words just flew from my mouth.

Because previously, they hadn’t. I haven’t been able to put to words my experience without automatically putting on a filter of assuming my conversation partner will not understand what I experienced. Therefore I only give them the information I think they want to hear, like that it was really hot and the food was really spicy and that it was an amazing, life-changing experience. In coming home, I have realized, to no fault of their own, that for the most part, this is all that people want to know about my year in Thailand. And I totally understand that. I have also been that person more than once in my life. But in returning it has also been really difficult to remember that not everyone is as like-minded as those I have met in the volunteer sphere. While I have several friends who are service oriented and have served volunteer years both domestically and internationally, I have learned that they are not the majority.

Speaking with Julie, as well as the GSV staff, the new GSVs, and the Good Shepherd Sisters in attendance, was so beneficial to my processing of returning home because I think in many ways it had not hit me until this past weekend that this was a permanent change. It felt so wonderful to be amidst others whom I could open up to about my experience, who were willing to listen, and could empathize. It was also really interesting to reflect on the person I was when I came to orientation two years ago and the person I was at this current orientation. And you know who she was? She was confident and self-assured and happy and loving of life and matured and ready to see what adventure is next in life. The person I was at orientation amidst safe support systems was the person I grew to love in Thailand. It gives me hope that this new identity will slowly diffuse its way into all facets of my life, that my spirit will soon catch up with me.

Author Miriam Adeney writes in her book Kingdom Without Borders, “You will never be completely at home again, because part of your heart will always be elsewhere. That is the price you pay for the richness of loving and knowing people in more than one place.” There is a certain wealth in saying your heart is sprinkled around many places and within many people. You will never be completely at home and you will never completely be the same. But who would want to be? While it may be hard to make your way back home after significant life experiences like volunteering internationally, in many ways, it is necessary. Home is a safe place to stop and reflect. Home is a place to plant your wandering feet and assess your growth. Home is a place to remember all those on your journey and decide how your life will be a legacy to their lives, their voices, and their homes.

[Bridgid O’Brien was an international Good Shepherd Volunteer in Nong Khai, Thailand, working with an organization that provides care, resources and income-generating opportunities for individuals affected and infected with HIV/AIDS.] 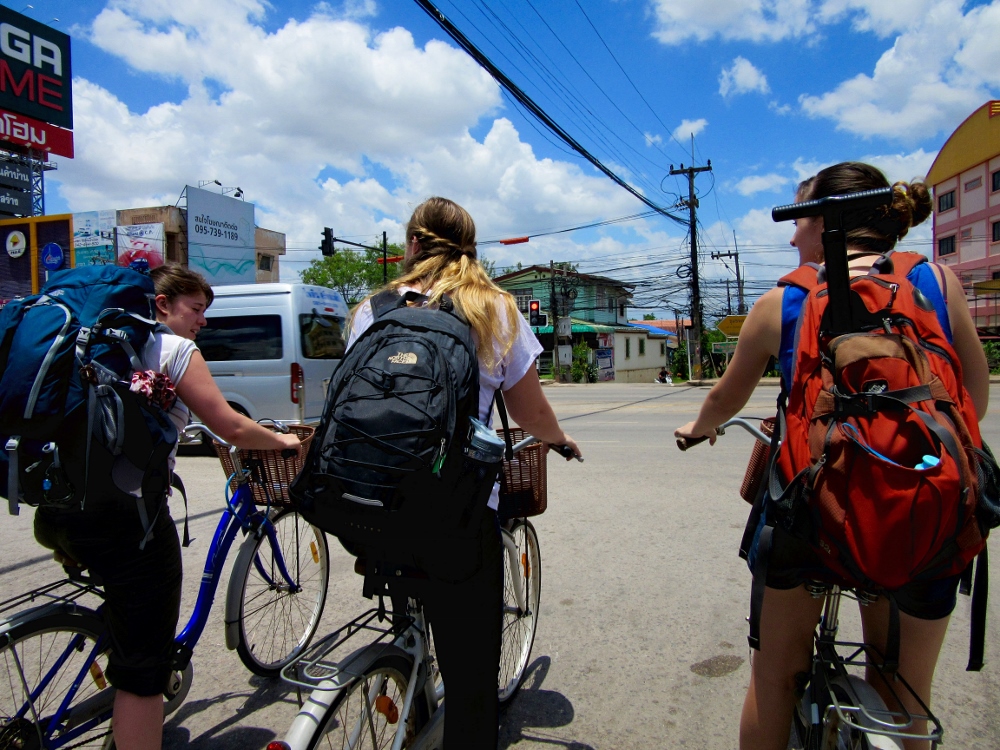 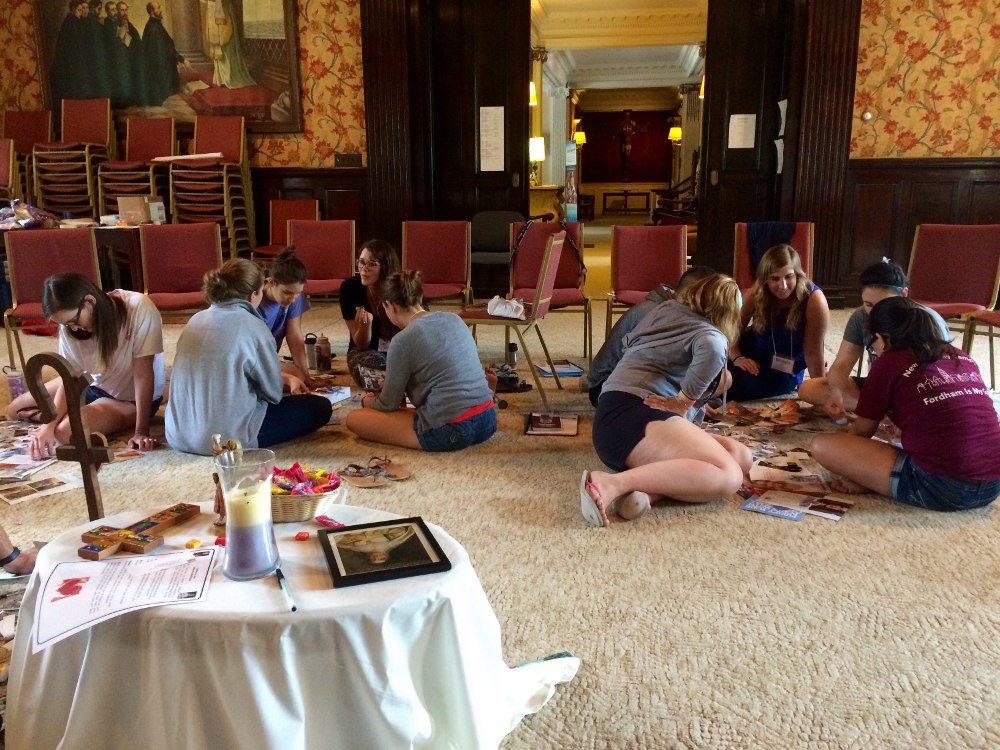 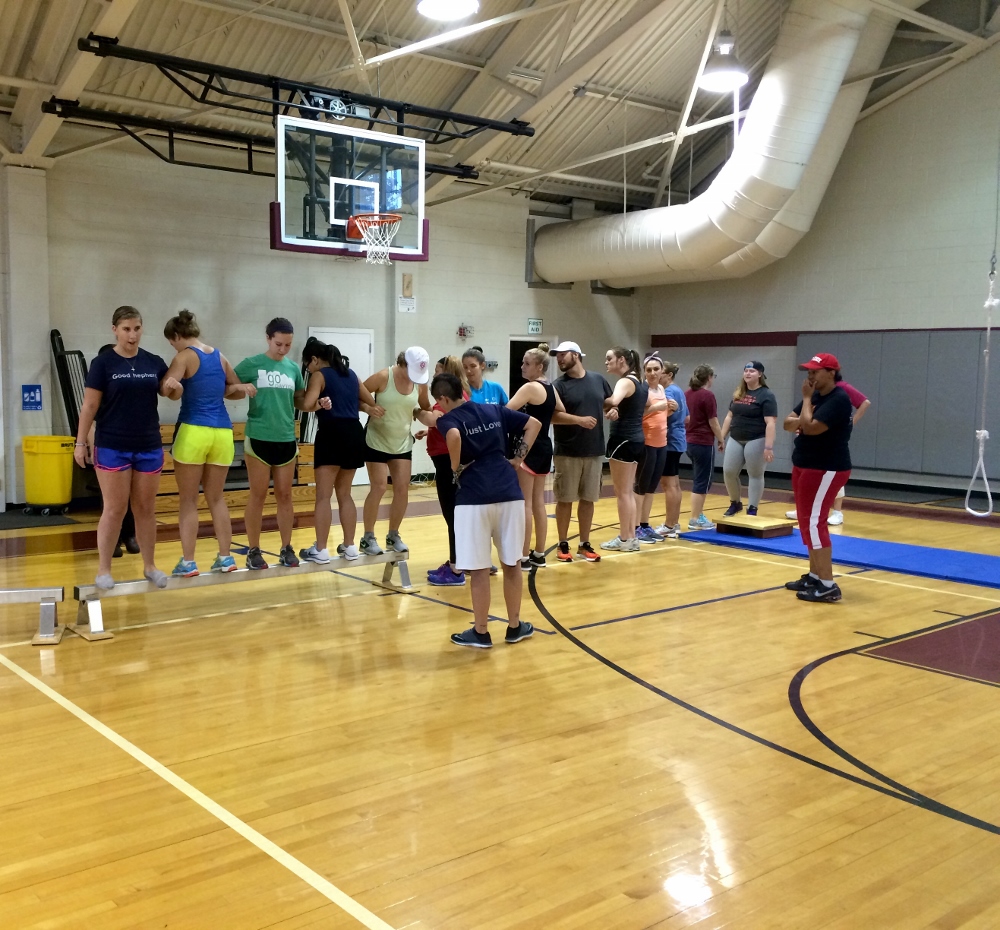 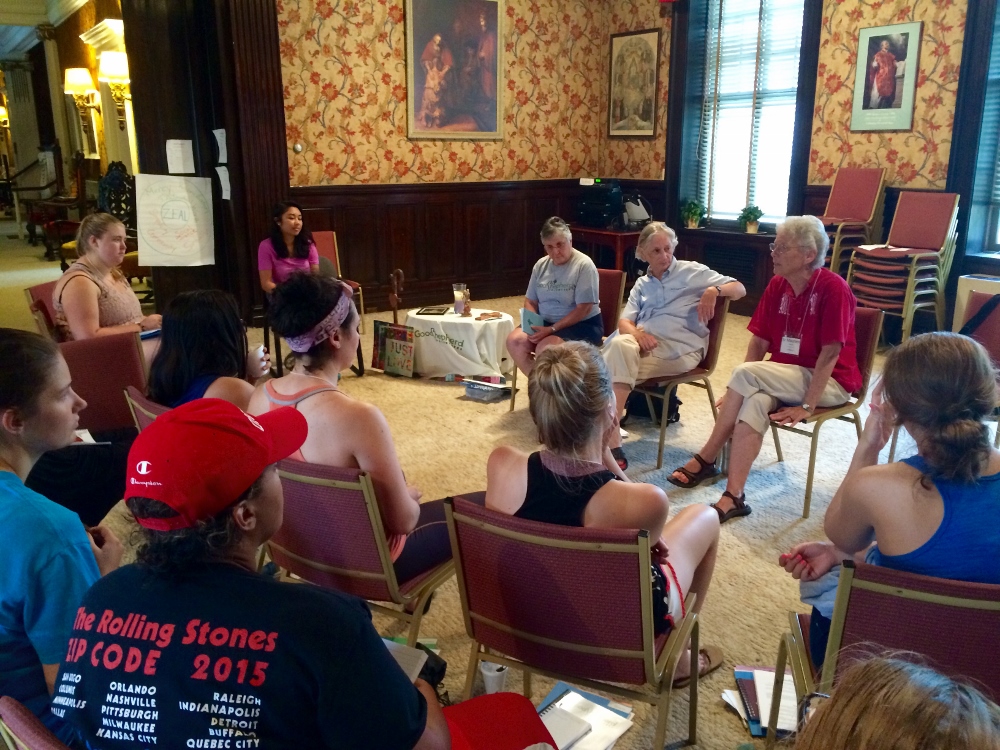