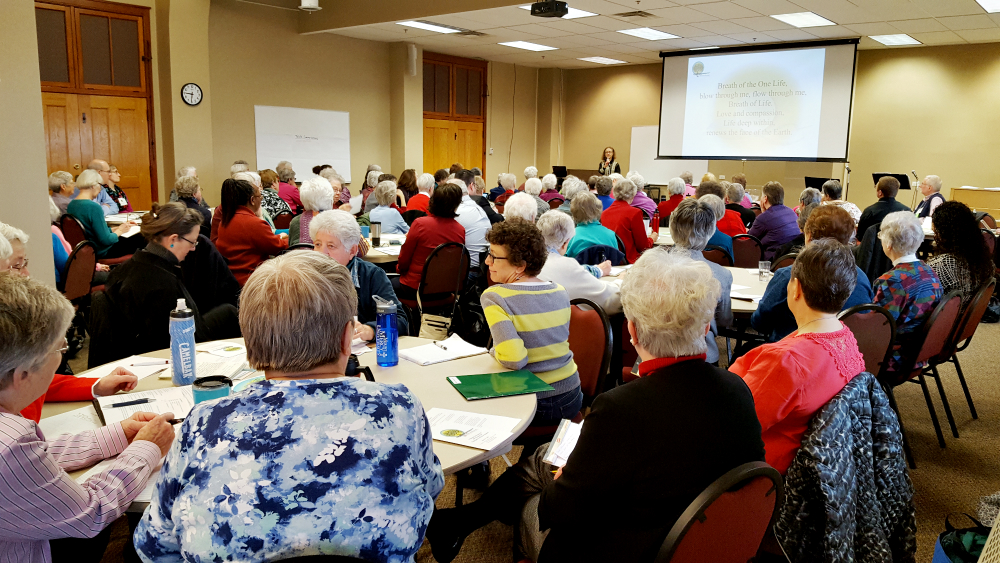 Chicago, Illinois — If you have never been in a room with more than 150 avid seekers of justice, you can't imagine what it was like at the convocation of the Justice Conference of Women Religious March 5-7 in Chicago. You could have bottled the energy and eliminated several coal-fired power plants.

The keynote speaker was noted author and Lutheran ethicist Cynthia Moe-Lobeda of Pacific Lutheran Theological Seminary, who is known for her work in uniting Earth ethics, justice, and liberation theology. She fired up the crowd by insisting we name and face our complicity in economic and ecological violence — how our unjust economic practices amount to climate colonialism or racism and how just by housing and feeding and clothing ourselves, we unwittingly contribute to this new form of colonialism.

She recounted a conversation with a woman picking strawberries in Central America. "Your food is starving our children," the woman said. "This field is growing your strawberries when it should be growing food for our children."

The effects of climate change are already striking hardest at people of color and people living in poverty. But I had never thought of climate change as caused by the "colonization of the atmospheric commons," a reference to Garrett Hardin's Tragedy of the Commons.

This economic theory refers to a system in which each individual, irrespective of the good of the whole, selfishly uses shared resources. While the original example Hardin used related to the overuse of grazing land ("the commons"), now we are invited to think of the atmosphere itself as a commons and the overuse of it by one country as an act of colonization.

Cynthia's talk also underlined for me that white privilege amounts to environmental racism. I finally made the connection between my white privilege and the death of the Indian farmer who committed suicide by eating the toxic agricultural chemicals that had driven him into overwhelming debt.

Cynthia warned, "Never before has the fate of the world hung in the balance as it does today." 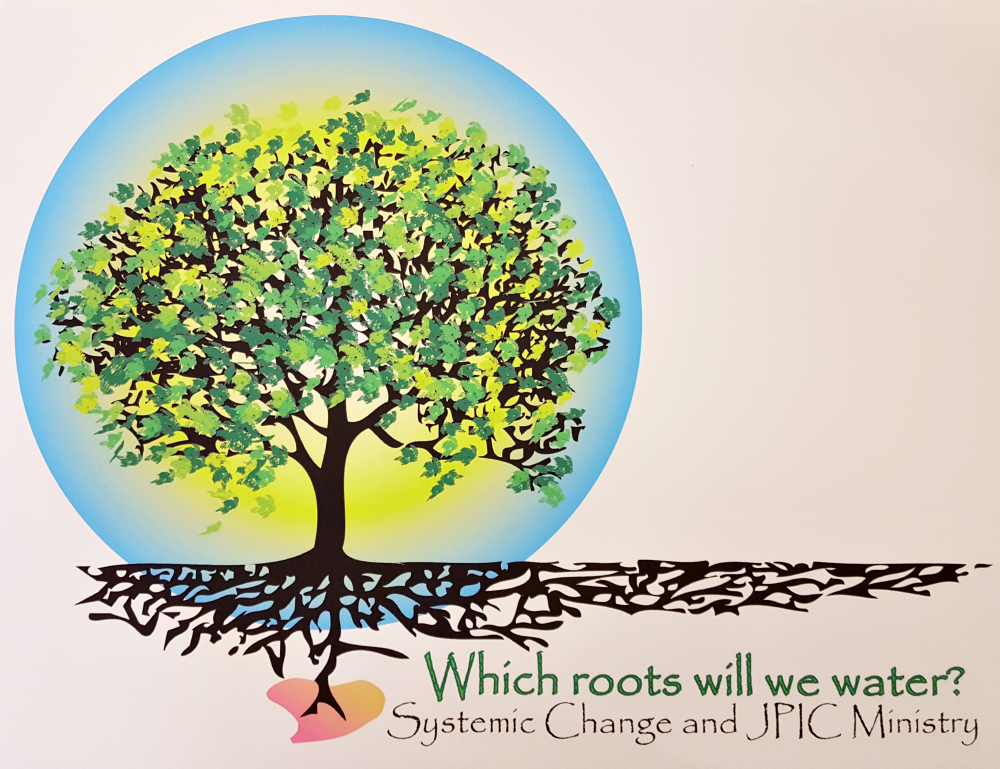 But then she gave us the good news: We are part of the largest social justice movement in history, led by religious people, youth, indigenous people, scientists and others — a "cloud of witnesses" seeking sustainability.

We religious have the networks and community and tools to resist. In fact, we have a 3,000-year-old heritage of "faithful resisters," including the midwives who plucked Moses out of the river, Gandhi, Dorothy Day, Cesar Chavez and the Rev. Martin Luther King Jr. Our networks make us like Pando, the world's largest organism, an aspen tree grove of 100 acres connected by an interlocking root system. We have what it takes.

In a 2016 resolution, the Leadership Conference of Women Religious committed itself "to examine the root causes of injustice, particularly racism, and our own complicity as congregations, and to work to effect systemic change as we struggle to establish economic justice, abolish modern-day slavery, ensure immigrant rights, promote nonviolence, and protect Earth and its biosphere."

While none of us can do everything, each of our members can do something. Cynthia described the 10 "fingers" of our justice hand, ways we can make a difference: lifestyle changes, economic action, legislative action, community organization, consciousness-raising, public witness, small-scale alternatives, direct service, prayer and theological reflection. Everybody can do something.

As if that weren't enough to think about, there were two sets of rich breakout sessions from which to choose and a wonderful one-person play ("Rooted in Love") by Dominican Sr. Nancy Murray about Notre Dame de Namur Sr. Dorothy Stang, martyr of the Amazon. What an honor to celebrate National Catholic Sisters Week with Dorothy!

I left the meeting with my justice roots well watered, my enthusiasm boosted, and knowing the support of an impressive network of religious seekers of justice. We believe with Cynthia that "systemic change is love embodied."

Environment | We have the networks, community and tools to resist

Environmental advocacy must be sensitive to workers and communities

Call it by name: Racism is a sin