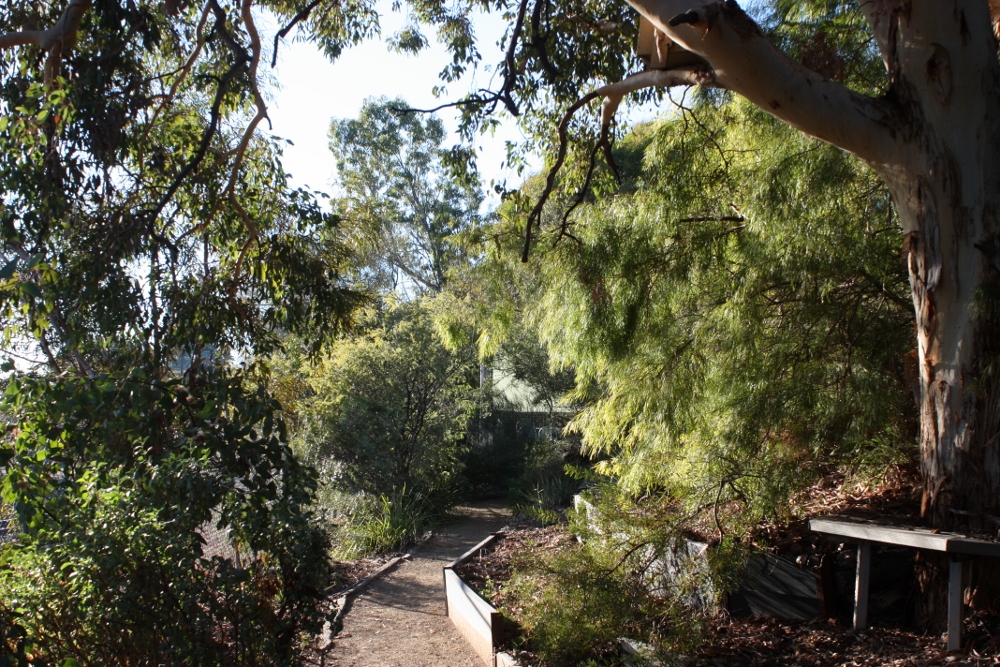 These words captured my imagination as they rolled off my tongue. I had heard the name many times and was curious what they meant. Luckily, for me, when I was in Sydney in May for a conference of Presentation Sisters' schools, I had my chance to visit this mysterious-sounding place.

My curiosity was satisfied when the sisters told me it was an aboriginal Wiradjuri word. The Wiradjuri people lived in this part of Australia for over 40,000 years and called it "the place of many crows." Their language had no way to express plurality, so they repeated "Wagga" twice to mean "many." I personally did not see many crows, but I did see trees filled with yellow-crested cockatoos.

Wagga Wagga is an inland city, rich in farmland, lying between Sydney and Melbourne with a population of about 66,000. Srs. Ros Bennett and Colleen Maloney met me at the airport and took me to Nagle Terrace, where I was to stay. 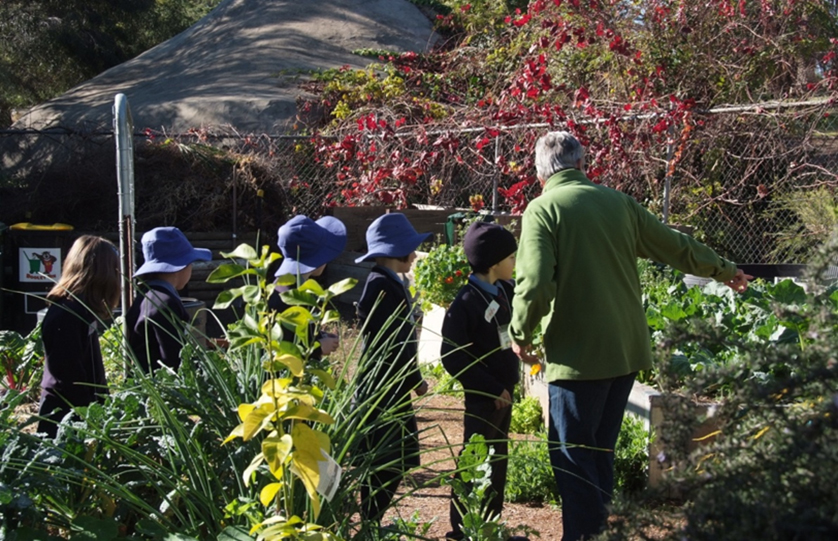 At Nagle Terrace, we entered a gated enclosure of small attached houses that transported my imagination back to the 11th-century lay Beguine communities of Europe. In those communities, as here in Wagga Wagga, women lived alone or in small groups, usually surrounded by security walls. The sisters moved to the Nagle Terrace community in the early 1990s from their 1876 motherhouse convent a few miles away, which they found too difficult and expensive to renovate to accommodate their changing needs.

Although living in an enclosed area, the sisters' lives are far from retired or enclosed. They are all involved in a variety of ministries and activities, particularly with new refugees from Syria, Somalia, Myanmar and Afghanistan. The most recent group included 45 Yazidi families from Mosul, Iraq, who were targets of the Islamic State group.

Three sisters — Carmel Wallis, Kaye Bryan and Ros Bennett — established Erin Earth, an ecological and spirituality center sponsored by their Presentation congregation. All three had been teachers and then were involved in family ministry, homeless and prison ministry, and spiritual direction and retreat work.

Sister Carmel and Sister Kaye had lived in a house on the property of Erin Earth until they decided to hand over care and management of the project to two lay women. Once they did so, Carmel moved into a house nearby and Kaye to an apartment. The lay women now use the house as an administration center.

Moving out and becoming more integrated into the refugee community was a bonus for Carmel. She noted that as the formerly ethnic Anglo-Celtic majority welcomed the refugees, they experienced the warm hospitality of their new neighbors, who love sharing their stories and food. 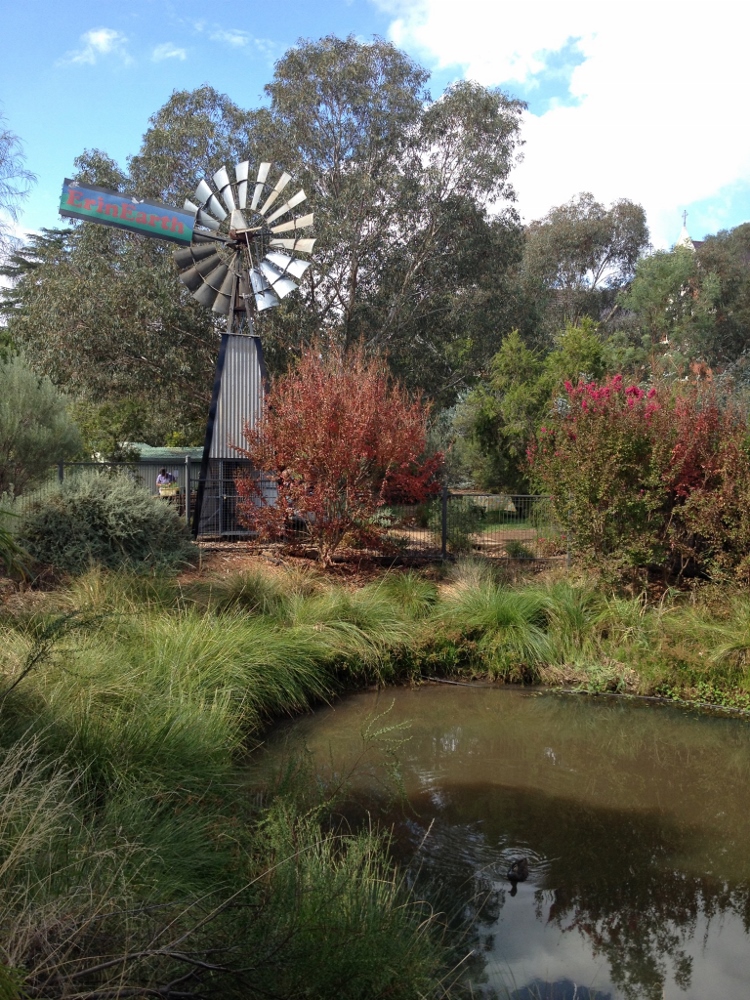 The sisters also engage these new families in their passion for ecological justice and spirituality. Animated conversations about vegetable production and other ecological issues are carried on between English and Arabic speakers through cellphone translations.

The sisters' passion for ecology and spirituality took root in the early 1990s, when conversations about climate change and other environmental issues were beginning throughout Australia. The sisters' concerns went beyond their own island country, nearly as large as the United States, to the many smaller islands off their coasts that were losing their reefs. They wondered what their responsibility was to promote awareness of the increasing risks of environmental degradation both at home and beyond.

Finally, in 1996, the dream of an ecological center for education and sustainable ecological life and spirituality began to take shape. What better place for a spirituality center than on the property of their former motherhouse, Mount Erin? The diocese had taken ownership of the motherhouse and its land, but Kaye and Carmel took the lead to explore the feasibility of the project and eventually attained agreement from the bishop to use the former sisters' tennis courts as well as their rubbish and green waste disposal area, a little more than an acre of land.

The two sisters knew they could not embark on this project alone. They were committed to engaging others early on to expand ecological awareness in the larger community. They invited the local department of land and water, the Wagga Wagga City Council, and a local landscaper to a preliminary meeting.

Initially, when the ideas for the project were presented to the mayor of Wagga Wagga, the sisters were brought up short when the mayor brought to their attention that since the mid-1800s, runoff from the sisters' property and their neighbors unknowingly contributed to a serious salinity issue in the city. 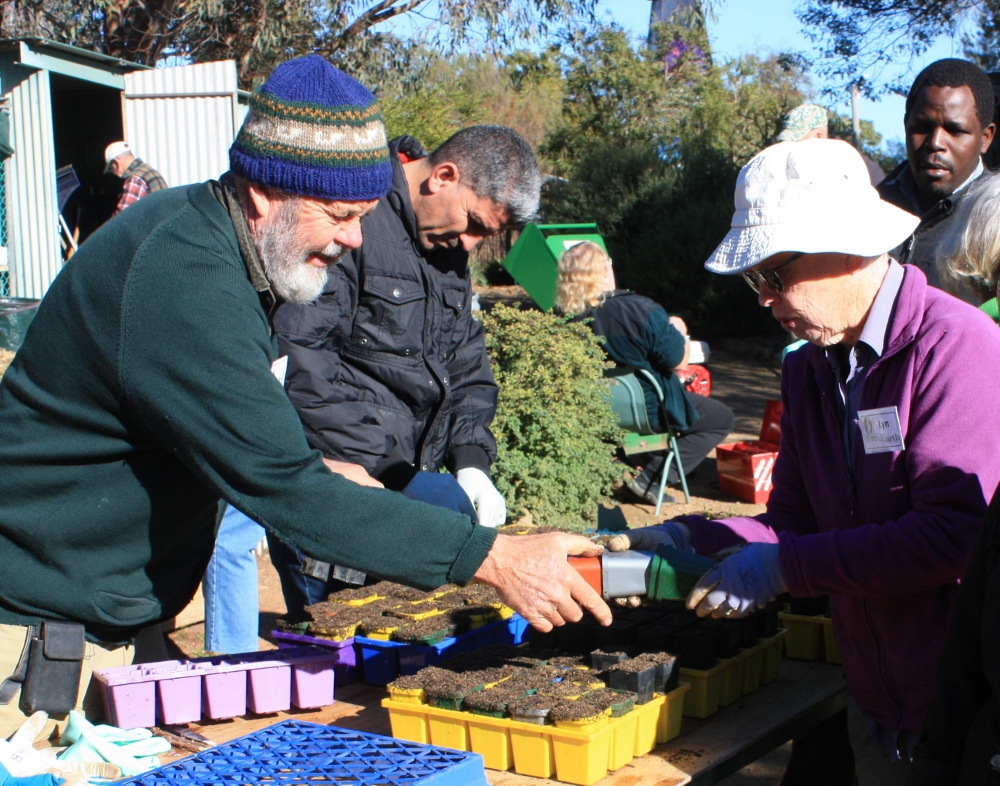 The sisters set out to learn about the situation. They learned that salinity "is the accumulation of salt in the upper layer of soil brought to the surface by a rising water table," according to the city of Wagga Wagga's website.

Causes of a rising water table can include garden irrigation, runoff from paved surfaces, removal of natural vegetation and leaking underground pipes.

The current salinization has root in the late 1700s, when Irish immigrants, many of them convicts sent to Australia by their government, began settling the area. They found it very fertile and eagerly cleared away trees and other vegetation. They planted wheat, pasture for sheep, ornamental gardens and lawns. As they irrigated their crops with the convenient river water, the water table rose, bringing the underlying salts to the surface, degrading the soil.

Over the years, the sisters also and unwittingly participated in this calamity. Their convent was situated on a hill surrounded by large, beautiful lawns that needed irrigation. Unfortunately, using river water for irrigation, good soil was eroded, and salty runoff water collected in the alluvial basin.

Once Kaye and Carmel understood the issue, one of their first projects was to see that an adequate drainage system for the convent property was constructed. Some sections of the lawn were replanted with local vegetation to prevent further erosion and runoff. Their actions also influenced their neighbors, making them aware of how important it is to minimize seepage on the slopes by revegetating them with native plants. 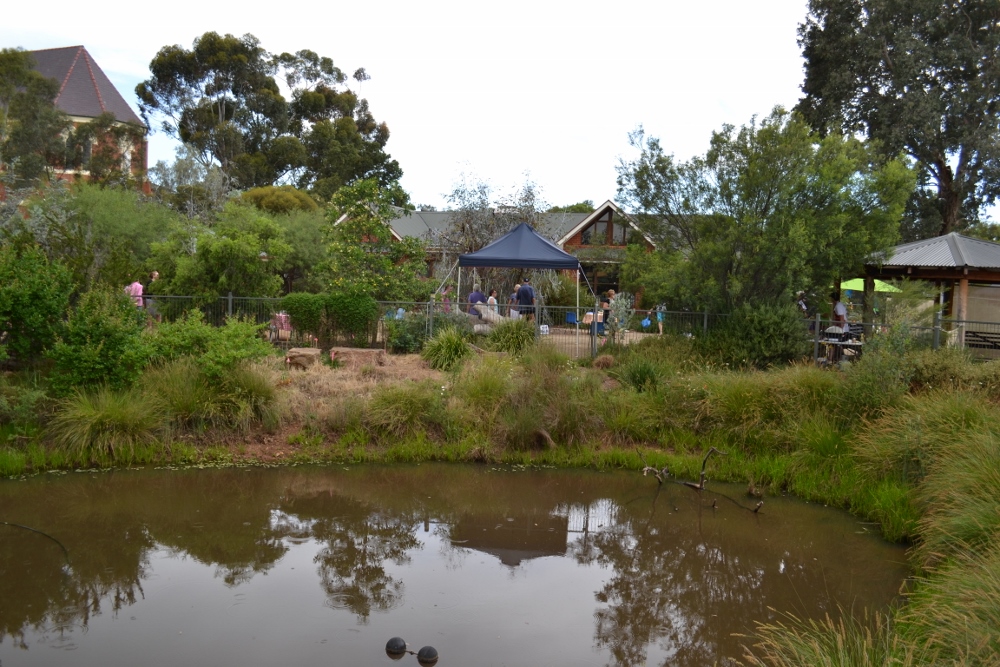 A dam captures water for use on Erin Earth's property. (Tina de Jong)

Beginning this new project was a continuous learning experience for the sisters and their partners. They formed a task force with members from the Department of Land of Water, the Wagga Wagga City Council, and a local landscaper. It was decided to put on a dinner and workshop for the stakeholders of the city, including the areas of the City Council, welfare, education and trades and business. Seventy-six people attended, and together, they worked out the framework for the site.

My visit to Erin Earth was on a weekend, so I did not meet any of the team of 40 volunteers from every background and belief structure. Some are retired; others are from programs for people who are unemployed and from drug and alcohol-rehabilitation centers. They contribute skills that include weeding, welding, cooking, preparing programs for children, organizing spirituality workshops and maintaining the website.

One of the goals of the center is to help urban-dwellers realize what they too could do to make their own backyards more ecologically viable. The sisters removed aging pine trees and replaced them with local native vegetation and trees, such as eucalyptus. Carmel and Kaye enlisted friends and neighbors along with groups such as Rotary and school students to work with them. All the while, they kept studying and learning about ecology.

Their current programs include ethical land and water use for adults and education for children about fruits, vegetables, local plants and herbs. Learning about aboriginal communities who inhabited this land is also a popular subject for children. Parish and women's groups use the Erin Earth house for a variety of meetings and educational programs. People from all over Wagga Wagga come to Erin Earth just for quiet reflection as they walk along the meandering pathways.

When I saw pictures of the former tennis court, a broken-down asphalt and waste-storage place, I was amazed to see it transformed into a peaceful, lush, reclaimed spot of natural growth and beauty, a refuge for possums, birds, frogs, lizards and bugs.

The transformation of this small piece of earth gave me hope for so many areas of our world that are devastated by overuse, ignorance and carelessness. Here at Erin Earth, I witnessed how the people and Earth can be a community of co-creators of new life, and it renewed hope in the belief of resurrection for all of us.

With spiritual motivation, sisters actively care for the Earth