Summer may be a time when the pace of work and life slow down a bit. That's not the case for those fighting global poverty.

The United Nations recently concluded a set of meetings on its 2030 Agenda for Sustainable Development — the efforts by the global community to eradicate poverty and promote development that is sustainable in a world facing severe environmental challenges.

A centerpiece of the U.N.'s work in the last few weeks was a high-level forum convened by the United Nations' Economic and Social Council. The July 17-20 meetings, held at U.N. headquarters in New York, were a chance for governments, advocacy groups and others to assess how the world is doing in reaching 17 sustainable development goals.

These goals aim — and aim high — to end poverty and hunger, promote action on climate change, and end gender inequality.

Secretary-General António Guterres said during the meetings that "implementation has begun, but the clock is ticking," the U.N. News Service reported. An assessment of the agenda, he said July 17, "shows that the rate of progress in many areas is far slower than needed to meet the targets by 2030."

In other words, greater efforts are needed to meet the goals.

It's a high order, and those involved in the work, including Catholic sisters who represent their congregations at the U.N., know these meetings may seem like a long, drawn-out, maybe even tedious process. But, hopefully, meetings at the U.N. do some good and help keep the world on track and focused on needed changes for the global community.

In written testimony to the Economic and Social Council, the Congregation of Our Lady of Charity of the Good Shepherd, which has ministries in 74 countries, made clear that those at the grassroots are experiencing "multi-dimensional poverty — 'lingering deprivations,' gender inequality and effects of climate change."

Those living in poverty, the congregation said, face overlapping challenges, including poor health, malnutrition, lack of sanitation and clean water, inadequate education, violence, and some things that may seem intangible but are all too real, such as shame and disempowerment.

The Good Shepherd congregation urged the U.N. to encourage its member states to promote policies that encourage new thinking; not be afraid to tackle controversial matters, such as social norms that exclude and discriminate against people; and, this is key, promote ways for those living in poverty to become actors "at the center of their own development."

Luckily, this idea has the support of many at the United Nations. During the recent U.N. meetings, Deputy Secretary-General Amina Mohammed urged governmental bodies to more fully embrace the 2030 agenda and the sustainable development goals.

"When the center of government functions effectively, collective expertise from across the public sector can be mobilized and brought to bear on the most pressing decisions confronting a country," she said on July 18, the U.N.'s news service reported.

She said it was important that governments listen to their citizens and seek their participation in programs to help alleviate poverty, adding that the goals have a people-first focus.

"No one is too hard to reach," she said.

It is not surprising that sisters know this already: They are promoting people-centered programs that move away from viewing people living in poverty as objects of pity but as the real center of ending poverty. I know from my travel experiences in countries like Haiti that the sisters are tireless in such efforts.

A program new to me is Mercy Focus on Haiti, a ministry of the Sisters of Mercy. The congregation just announced a new initiative in Haiti's Gros Morne region, an isolated and impoverished area in northwest Haiti.

The congregation is working with the Haitian-based microfinance alliance Fonkoze in an 18-month program the congregation said is "designed to enable ultra-poor women to emerge from poverty by acquiring income-generating assets and the skills, health, and confidence to grow such assets."

The Fonkoze program, called Chemen Lavi Miyò (the Pathway to a Better Life), has already graduated 5,000 Haitian women in other parts of the country. It aligns well with the congregation's focus on efforts in Gros Morne, which have included immersion trips by congregational members as well as supporting local, on-the-ground efforts in such areas as agronomy, women's programs, and housing for senior citizens.

The Mercy sisters have a long history in Haiti, said congregational spokesperson Maureen Falcon, and as part of their programs will bring medical interns from Johns Hopkins University to the Gros Morne area twice a year.

The Fonkoze program is based on participants developing dependable livelihoods.

"They learn to manage income-generating activities, and they receive the assets needed to jumpstart their economic activities," the congregation said in an announcement of the initiative. "They then receive close accompaniment through weekly home visits throughout the program."

Mercy Focus on Haiti raised the money needed to bring the Fonkoze program to Gros Morne and celebrated a launch ceremony July 13.

Sr. Kathy Thornton, a member of Mercy Focus on Haiti, said the launch "filled my heart with joy for the 200 women and their families whose lives will change forever in the next 18 months."

Another 200 women will join the program in 20 months, Falcon said.

This model of sisters supporting the work of local groups is becoming increasingly common. Earlier this year, the Atlantic-Midwest Province of the School Sisters of Notre Dame said it is joining the Washington, D.C.-based humanitarian organization Beyond Borders in a partnership in Haiti.

These alliances and partnerships may well be part of the larger efforts to end poverty. They are certainly needed, as those at the U.N. know.

"Empowering vulnerable groups is critical to ending poverty and promoting prosperity for everyone, everywhere," said Wu Hongbo, the U.N.'s under-secretary-general for economic and social affairs. 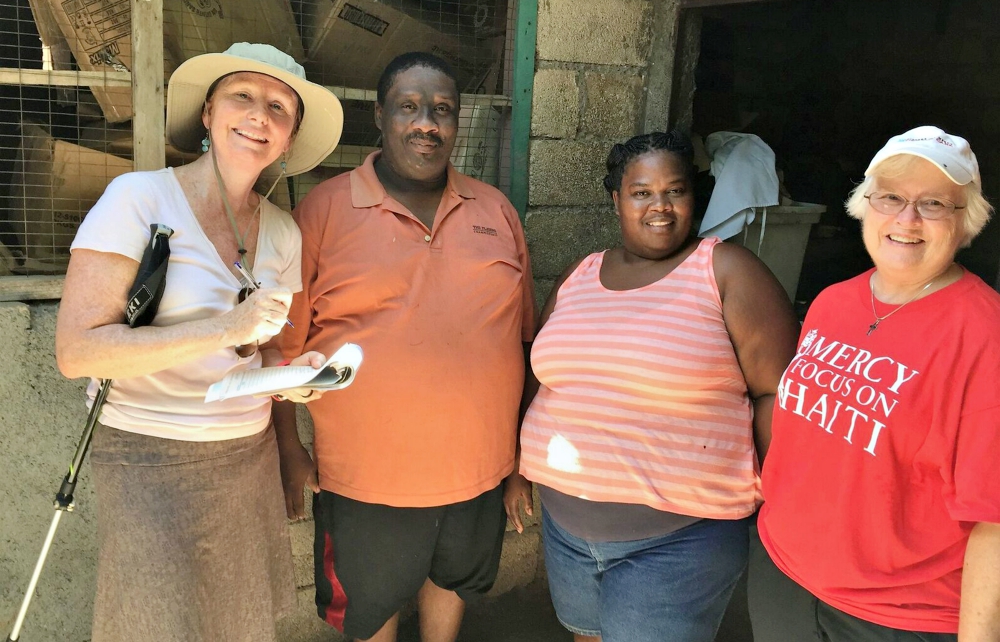 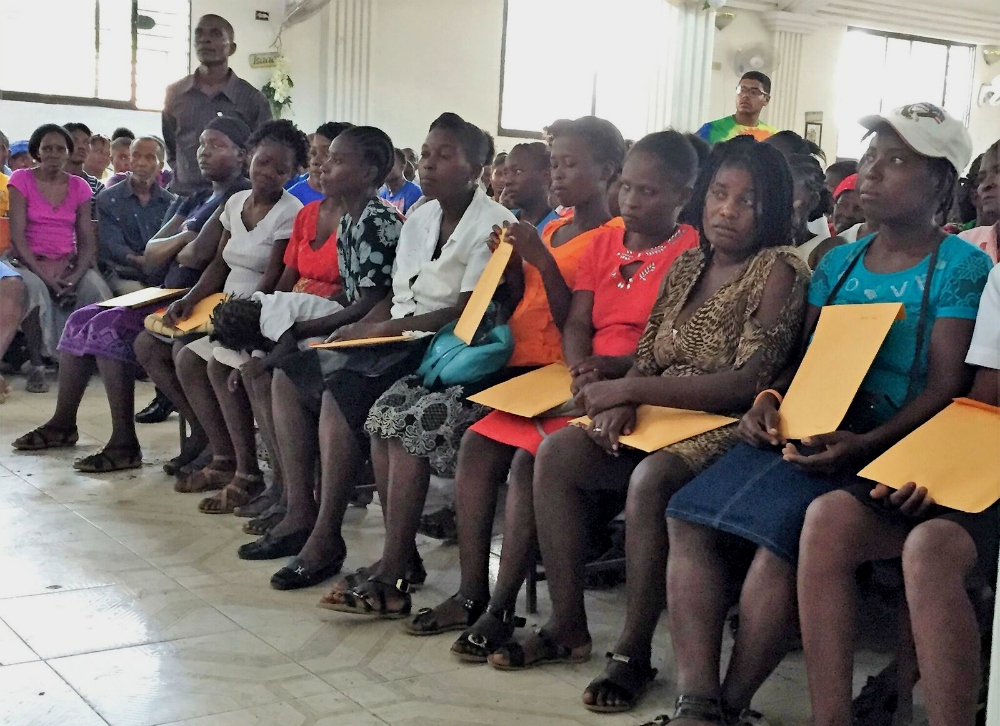 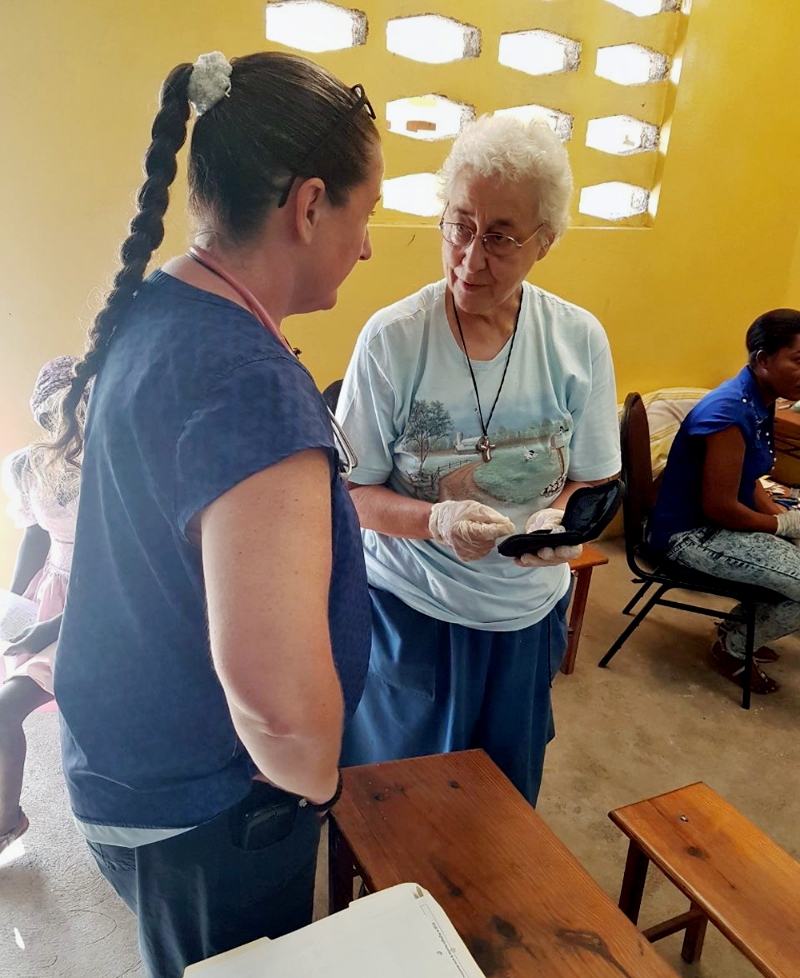 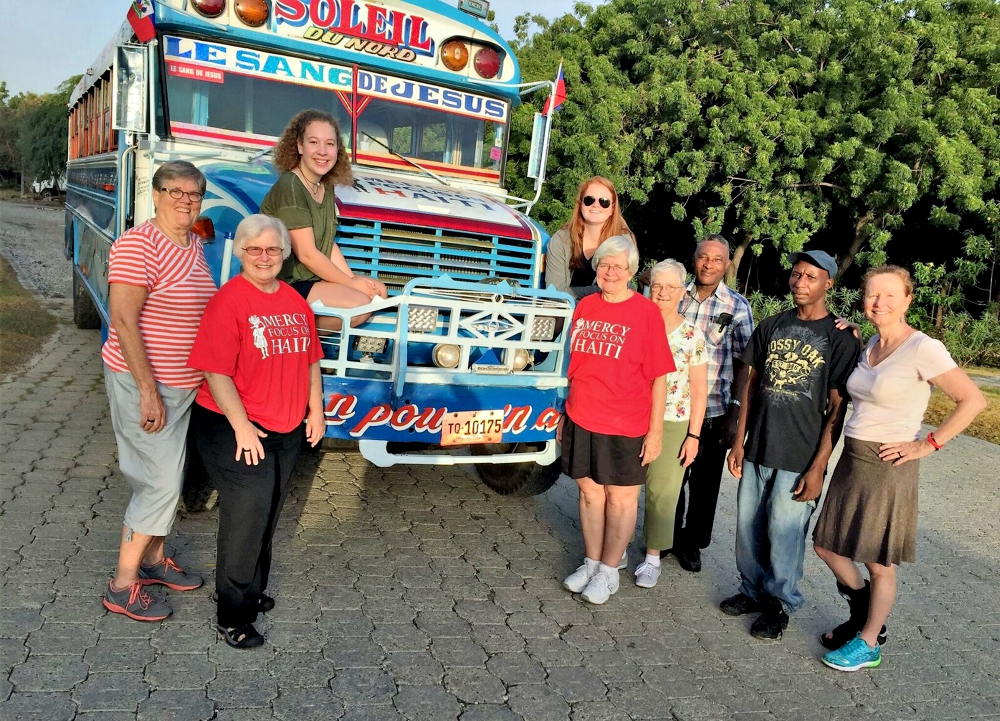