We live in disruptive times — times of change, times of examination. Our professions, our institutions, our approach to problems are all under scrutiny from outside critics and the media. In many ways, that's a good thing, because it leads to healthy debate.

Take the world of humanitarian aid, a broad world that encompasses everything from well-known institutions like Catholic Relief Services and the United Nations' World Food Program to the often-quiet — and too-often unheralded — work of Catholic sisters.

As the world honors humanitarians today, August 19, the U.N.'s World Humanitarian Day, it's good to consider the debate that has been brewing for some time about whether the "aid world" has been a success or whether it is broken and needs to be fixed.

A frequent example cited of this brokenness was the response to the January 2010 Haiti earthquake. One criticism was that aid was dictated by donors rather than the needs of people who most needed assistance.

I saw this when I was on assignment in Haiti in 2010 and 2011. Temporary housing had been built in an area outside of the capital of Port-au-Prince that was too far away from people's jobs. That caused another set of problems for those struggling after a cataclysmic event.

Though we have to ask what works in what humanitarian consultant and writer Paul Currion calls "the networked world of the 21st century," we also have to ensure "that the structures and organizations that come after us embody those humanitarian principles that give meaning to our work in the first place," he wrote earlier this year in The Guardian.

Here is where Catholic sisters come in. Though humanitarian assistance, often secular, grew hugely in the mid-20th century and onward, the "cell" of humanitarian work was initially religious. The outposts of such work were conducted by religious orders doing mission work, and those orders planted deep roots throughout the world.

Talk to Bangladeshi Catholics, for example, and they will speak movingly of the deep, centuries-old historical roots of the Jesuits, the Sisters of the Holy Cross and other groups that have continued to have an outsize impact on a country where only a small number of people are Catholic.

But more important is what they do and the sense of calling they bring to their work. I have seen evidence of this calling in sisters I have met in Africa, Asia, South America and the Middle East.

Earlier this year, while in Beirut, I interviewed Sr. Nabiha Afif, secretary general of the Congregation of the Sisters of the Holy Hearts of Jesus and Mary. In speaking about the sorrow of Lebanon's past and present — war in the past, a refugee crisis in the present — she said, "The problems are very acute." With its tradition of multireligious political leadership, which is mandated by the country's constitution, Lebanon has long faced a delicate act of balancing politics and religion.

Favoring one group over another — whether in political largesse or humanitarian assistance — is a key challenge right now in Lebanon, she said. And yet, Afif, a social worker by training, is adamant that for both humanitarian and religious reasons, her congregation and others do not ask anyone about religious or national identity when assisting in the areas of health or education. "We are working with the human being, and that's the important thing."

That adherence to nonpartiality is a cornerstone of humanitarian assistance, and it is perhaps most needed in places where political affiliation and ethnic identity can play such an important part in a country's life.

Take South Sudan — a country I visited two years ago, and which at the time was still trying to recover from the short-term trauma of civil unrest and displacement and long-term trauma from war and conflict.

Those tensions and some terrible violence flared up again in recent weeks, including allegations that South Sudanese troops gang-raped foreign aid workers and that U.N. peacekeepers and the U.S. Embassy, among others, ignored the crimes, The Associated Press reported.

The wave of violence prompted some emails back and forth between me and Sr. Anne Kiragu, one of the sisters I profiled in South Sudan. Kiragu, like other religious in South Sudan, shows great fortitude and courage.

A Kenyan and a member of a small Daughters of St. Paul community in Juba, Kiragu is still visiting displacement camps, tending to those trying to find their way amid the chaos, helping people with problems large and small. In an email to me a few weeks ago, she wrote, "Keep up the spirit and pray for us."

Then, this week, I heard from Kiragu again. "The funniest thing with life here is that challenges pull us together, and once again we try to be with one another, attend to the needs of one another, and we hope, together," she wrote. "This indicates to us that we are born one huge family of God. Hence, we are to care together for our fathers, our mothers, our brothers, our sisters and our siblings. This is our daily Christian exercise of charity."

Before this latest round of violence, we corresponded a bit about humanitarian aid, and Kiragu offered some good insight into how she and other sisters work at different levels at once. In the midst of daily challenges and frustrations, they first must have a sense of humor, which Kiragu has in abundance, and a positive attitude. Huge doses of positive attitude, in fact.

"Positive attitude here is key in the sense that in difficult situations, stress is ever present, so we need to orient ourselves to see, to listen, to share, and realize that which is good," she told me.

Another level? Thinking globally — putting their own work in context.

"Thinking globally helps those [of us] who work in difficult places to realize that we are in just one place that is troubled — while in the world, there are countless troubled places where people work," she said. As a result, Kiragu added, "being able to identify ourselves with others who work in difficult places indicates an enormous field of energy united in solidarity for the poor and less privileged. Actually this makes the world a better place for us all."

A third level? Not losing sight of what is important, in the long run, for the society she and others live and work in. Kiragu calls this a "daily exercise of charity," but one that has a broader purpose. When you work for and believe in the need for education of "all people and at all levels" in South Sudan, you are working for peace and justice, "the positive development of the human person," Kiragu said.

At its core, Kiragu said, "Work can also mean here, in our context, being with the people." She calls it "a theology of presence."

"In Africa, there is a saying which rightly depicts this idea. It says, 'Being present is more worthwhile than giving,'" she said. Put another way: "Better the eyes that visit and see you than the gifts people offer you."

"The value here is on being present to the people and their needs, spending time with them to understand their cultures and traditions, understand the situations that they often go through, suggesting ways to improve lives of people," Kiragu said. "In this we become one with the people."

And in doing that, humanitarian action at its most basic, despite its many failures and shortcomings, still has a future. 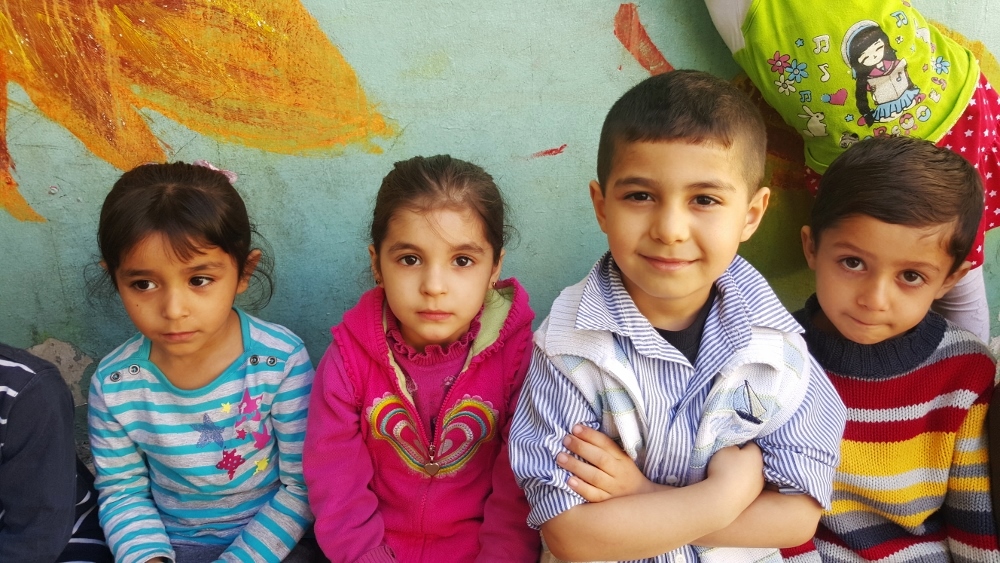 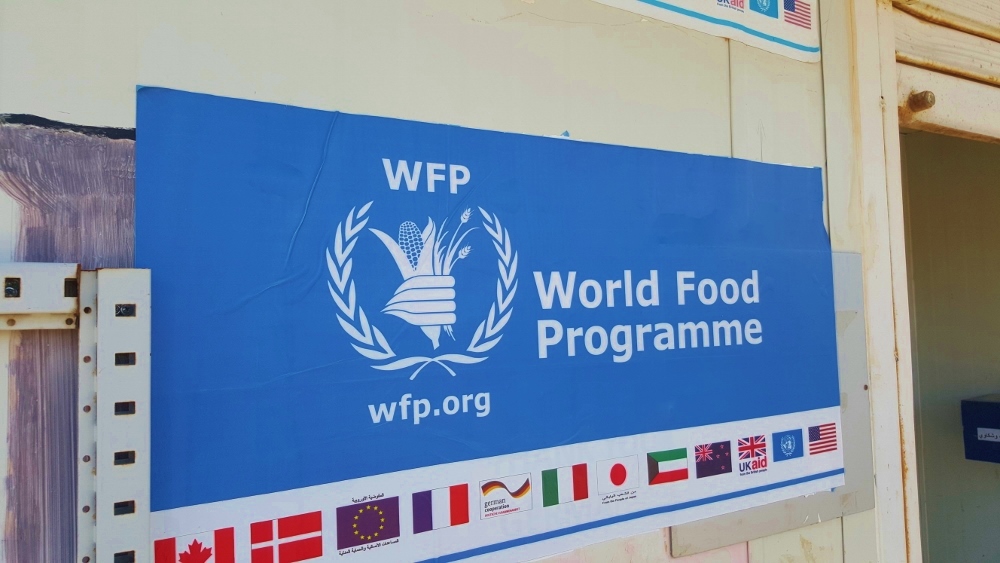 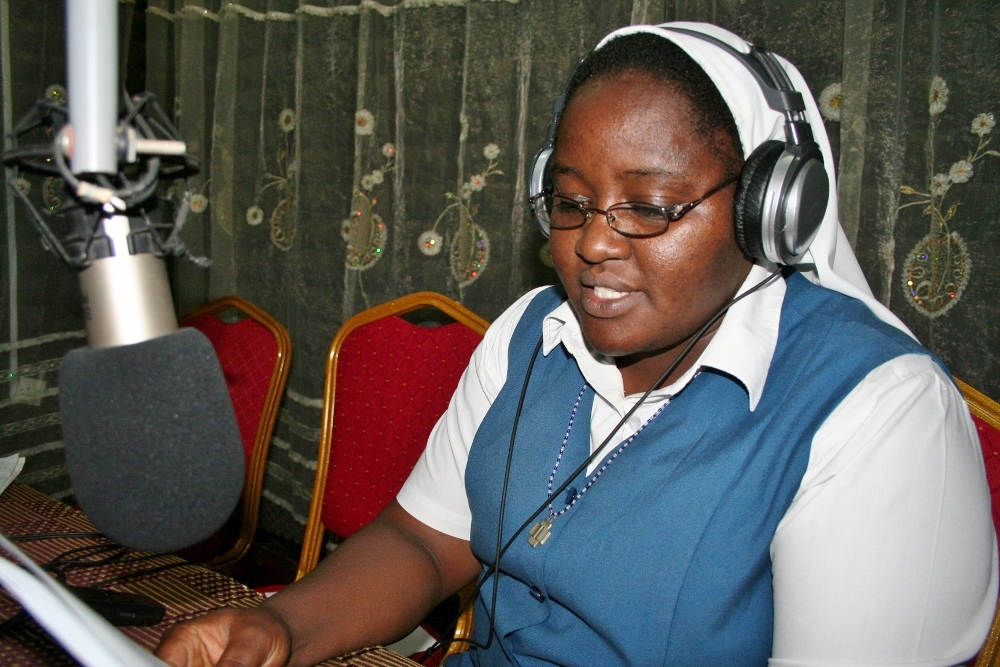 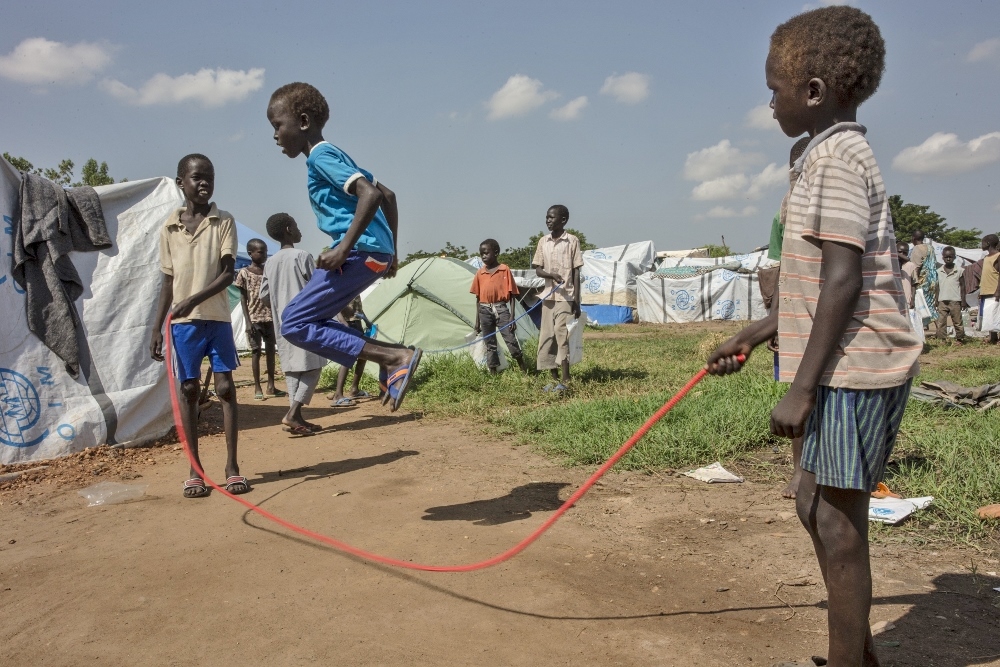