Persistent and consistent: Religious at the U.N. 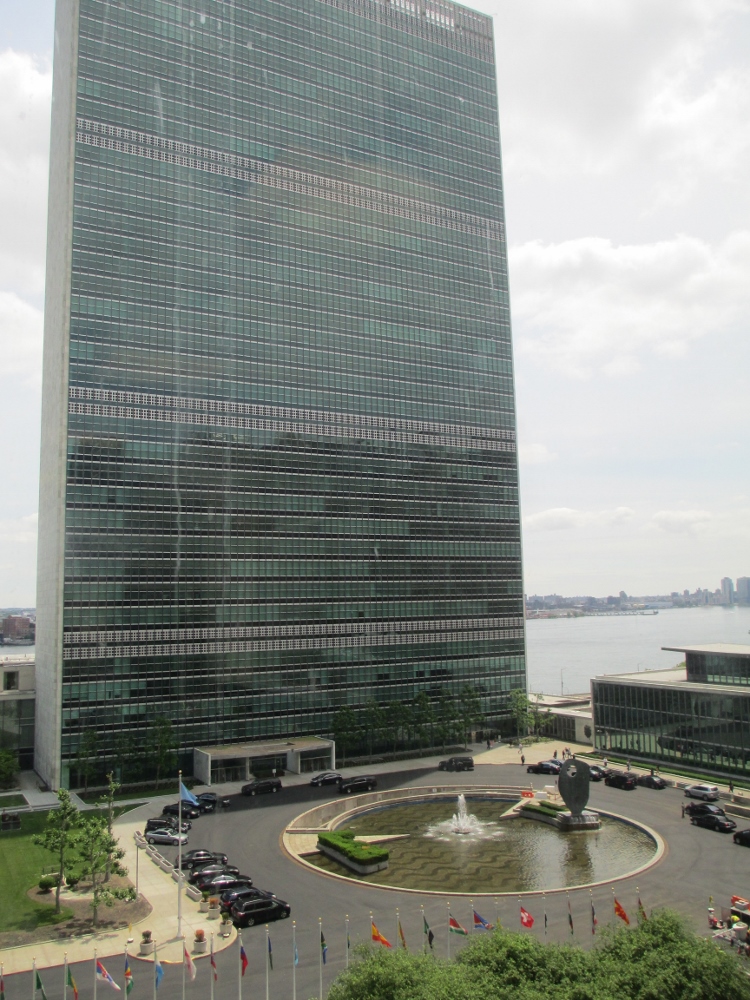 The headquarters of the United Nations is in New York City. (GSR photo / Jan Cebula)

“Persistent and consistent.” That’s how Dominican Sr. Margaret Mayce describes the work of the religious who serve as representatives of their congregations’ NGOs at the United Nations. Margaret is the Dominican Leadership Conference’s representative.

Most people would probably be surprised to learn that there are more than 70 congregations of women and men religious with NGOs (Non-governmental Organizations) there. The first week of June I traveled to New York City to meet the reps, learn more about what they are doing and talk with them about Global Sisters Report.

Put people (especially those who have been marginalized) and Earth first is their consistent message. They bring it to the global stage, amidst all the complexities of policy formulation, negotiations and cultural and political diversity. People and Earth. Not political power, economic or military dominance, personal gain or profit – but people and Earth first.

It’s a daunting task. But they are persistent, looking for every opportunity available to bring their message to the table, through oral and written statements, advocating with specific countries, forging coalitions. More than one NGO rep told me that the space for civil society input is shrinking. Corporations are gaining more influence. All the more reason to be persistent.

We’re so inundated with words these days. Have we gotten careless with them? My visits with the NGO reps helped me remember the importance of language, of words. The reps have the ability to focus on the core of the matter, capture it in a phrase and work diligently to get those phrases included in U.N. documents: water as a human right; prior free and informed consent; social protection floor. As Ursuline Sr. Michele Morek, UNANIMA International’s representative, had written in an earlier GSR column, United in one hope: Religious at the United Nations, it took 10 years to get the word “demand” into the documents about trafficking. In my recent visit with her she reflected on the significance of that. Now, stopping the demand has become integral to anti-trafficking discussion and work. 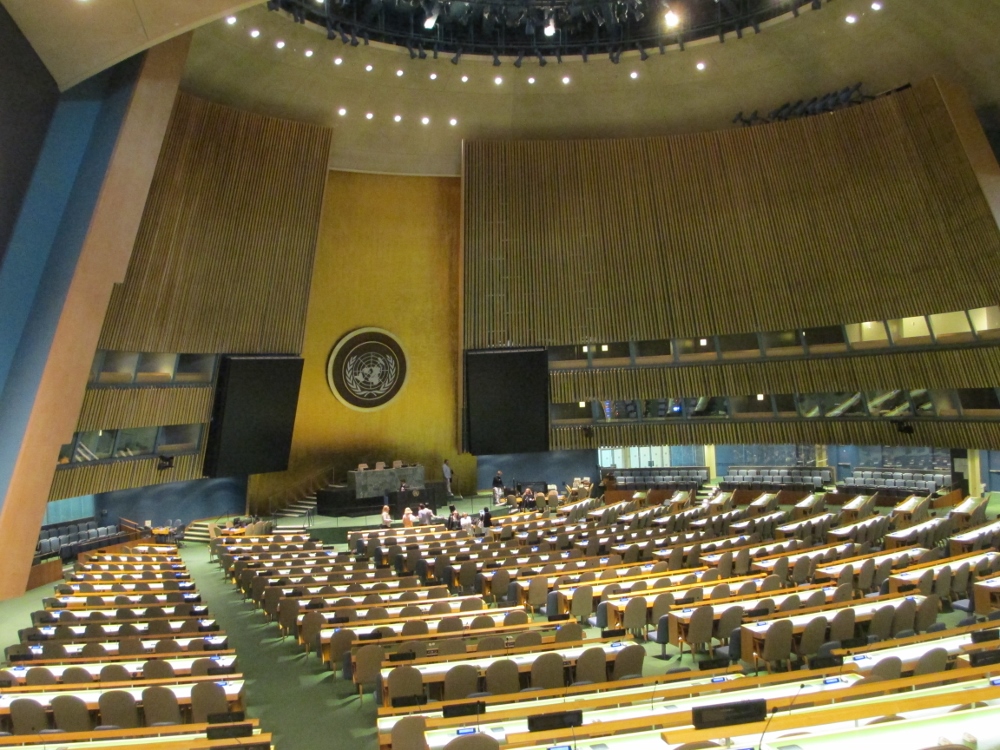 The U.N. General Assembly room where Pope Francis will address the members in September during the U.N.'s annual conclave of world leaders. (GSR photo / Jan Cebula)

Currently, the NGO reps are concentrating on ensuring that these phrases and principles are incorporated into the Sustainable Development Goals  (SDGs), which grew out of the U.N. Conference on Sustainable Development (Rio+20) in June 2012. The SDGs are part of the development agenda that will replace the Millennium Development Goals when they expire. The SDGs will set the direction for the next 15 years and will be finalized by the U.N. General Assembly on September 25, the same day Pope Francis will speak at the United Nations. In his encyclical Laudato Si’ Pope Francis called for enforceable international agreements, global regulatory norms, mechanisms for oversight, and the political will necessary to address with urgency these issues of the global common good. We pray that his voice, added to so many others, will strengthen the SDGs under discussion.

There’s another important dimension of the NGO reps’ work, adding even more credibility to their statements. The congregations they represent are located in more than 153 countries. They know what’s happening on the ground, and they bring that voice to the table. In some areas of the world, where governments and the media have shut the people’s voice out, the U.N. provides an opening for them to speak. Given their experience with religious life, the reps are also quite adept at building coalitions to strengthen those voices.

We celebrated the feast of Corpus Christi the Sunday following my trip to New York. Words from the first letter to the Corinthians swirled in my head:  Now there are varieties of gifts, but the same Spirit. To each one is given the manifestation of the Spirit for the common good.  All the members of the body, though they are many, are one body. You are Christ’s body, and individually members of it.

I am so grateful for the manifestation of the body of Christ, with its variety of members, on Global Sisters Report. I am moved by the work for the common good (which includes Mother Earth) being done both on the ground and at the global level.

Thank you, sisters and brothers, for your persistent and consistent presence at the U.N.

Social Justice | Persistent and consistent: Religious at the U.N.

More work for LGBT and allies before next synod

At one with the Honduran family