Pope displays gentle strength in his address to Congress

by GSR Staff
This article appears in the Nuns on the Bus and Francis in the United States feature series. 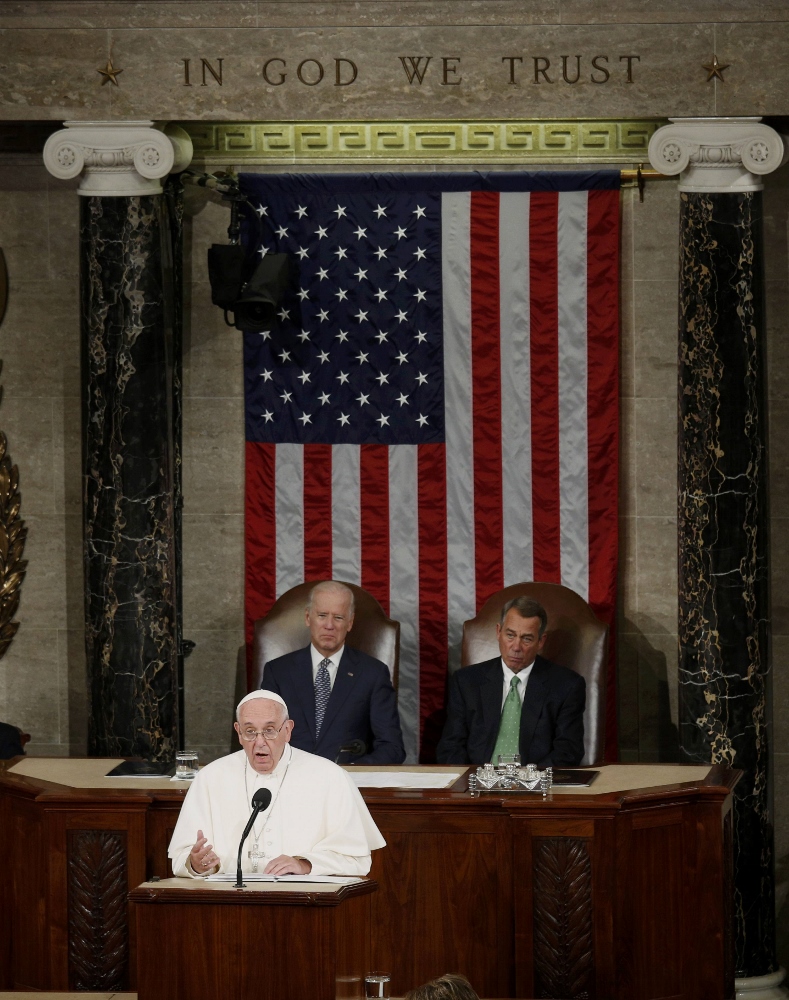 Pope Francis addresses a joint meeting of the U.S. Congress as Vice President Joe Biden, left, and Speaker of the House John Boehner look on in the House of Representatives Chamber at the U.S. Capitol in Washington Sept. 24. (CNS photo / Kevin Lamarque, Reuters)

She wasn't able to listen to Pope Francis give his speech to Congress in person, but the view from the lawn of the Capitol was just as good for Global Sisters Report's Franciscan Sr. Jan Cebula.

"There was an excitement I felt in the crowd today [at the Capitol] that I didn't feel yesterday" at the White House, said Cebula, who toured the country Sept. 16-22 with the Nuns on the Bus.

Cebula said the crowd on the lawn, which included people of all ages and ethnic groups, watched Pope Francis' address on screens. The group applauded at various points in the speech, but the loudest applause came when Francis cited the Golden Rule.

"He's so gentle. He has a very gentle strength," Cebula said. "The message was clearly there, but in such a gentle way. He wasn't ranting and raving. He was just inviting us to be more of who we say we are and how important it is to include everyone in that."

Cebula, a former resident of and volunteer at the Holy Family Catholic Worker in Kansas City, Missouri, said it was "just wonderful" to hear Pope Francis talk about Dorothy Day and recognize the values of social justice and inclusion.

And when the pope appeared on the balcony, blessed those on the lawn and asked for blessings in return?

"It's very hard for me to say how I felt," she said. "I'm still processing how I felt and feel about it. It was just so moving to see him because of the message he's been bringing. It was the perfect end to Nuns on the Bus." 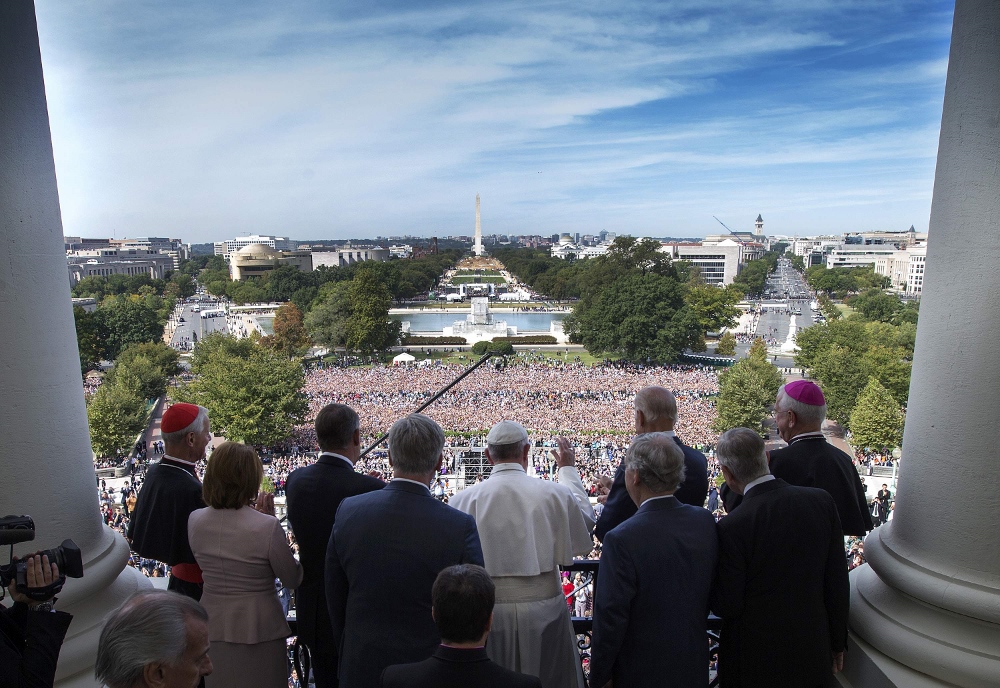 Pope Francis is welcomed to the Speakers Balcony at the U.S. Capitol by members of Congress Sept. 24. (CNS photo / Doug Mills, pool)

Pope displays gentle strength in his address to Congress