One joy of being a journalist is that it's "a way to get other people to pay for [your] education," as writer Garry Wills put it years ago in his book Lead Time: A Journalist's Education. You can learn a lot as a reporter, especially if you are open to letting those you meet and interview guide you along on a given subject.

That was the case in reporting on our recent series on refugees and migration, particularly on the assignment that took me to Rome and Athens in May to see how communities in Italy and Greece are responding to the ongoing challenges posed by migrants coming into Europe from the Middle East, Asia and Africa.

Those I spoke to — the families of Rasha Meish and Maisa Al Said from Syria, Abdul Maroof Haidari from Afghanistan and Syed Abuturab Naqui from Pakistan — taught me about resilience, hope and courage. In rereading their stories, I am struck by how far they were willing to go to save their families from intolerable conditions. At great personal risk, they fled their countries, often by foot and sometimes by sea. Then they faced uncertainty and the need to readjust and recalibrate their entire lives. Could I do the same? I hope so, but I'm not sure.

One debt I owe is to the refugees for educating me. Another is to my other sources, those sisters and others in the humanitarian field who not only helped me with contacts, but also gave me direction as I did my best in reporting on a tricky and complex subject. (I know my GSR colleagues can share similar stories of help and guidance.)

Before I close my notebooks on my assignment, I thought it worthwhile to note and reflect on some of what I gleaned from these sources — thoughts and quotes that point to some lessons learned on reporting about refugees.

Boris Cheshirkov, an Athens-based spokesman for UNHCR, the United Nations' refugee agency, told me of greeting arriving refugees at the shore of the Greek island of Lesbos in December 2015.

"I asked people about what they needed, and the first thing they said was, 'Where can I charge my phone? Where can I get the internet?' "

That, Cheshirkov said, "reflects the reality of the time in which we live."

It also shows that refugees are not helpless victims. In fact, many of those arriving on the shores of Europe are, as Cheshirkov said, "well-educated, come from urban backgrounds and travel with smartphones ... they're real people. They come with their skills, their knowledge, their identity and the technologies available at their disposal."

2. People don't leave their home countries unless they absolutely have to.

Sacred Heart Sr. Florence de la Villeon, head of the refugee ministry of the International Union of Superiors General, or UISG, reminded me that no one faces the possibility of death on the sea or trekking overland unless the economic or social situation at home is dire, even horrendous.

"If they don't suffer enough in their home countries, people can be destroyed in the journey," she said.

And most, de la Villeon said, "are middle class, and they have arrived because they wanted a better life."

Her job, and the job of sisters and other humanitarians, "is to help them integrate ... we have to promote a culture of welcoming."

3. Acknowledge that welcome is not always easy.

At the same time, de la Villeon, who is French, said it is not necessarily easy to welcome newcomers. She knows from her experience working for the UISG ministry in Sicily that the religion and culture of those arriving will seem alien and strange to those in the host countries.

But the migrants face the same uncertainty and strangeness — even more so.

Those who receive migrants "have to be courageous. It takes a lot of time," she said of integration. "But we have to work at it. It's a huge need. And it's a gift for us to receive them."

Is that gift beneficial to Italy?

"Oh yes, yes," said Sr. Paola Arosio, a Sister of Charity of St. Jeanne-Antide Thouret who manages the Pedro Arrupe shelter, a residence on the outskirts of Rome operated by Centro Astalli, the Italian name for Jesuit Refugee Service.

Without minimizing the challenges for the refugees — finding jobs or housing and learning a new language — Arosio sees a gift of "enrichment" at work.

"We can learn from each other; we learn from their culture and it enriches ours."

It is important, de la Villeon said, to put the current migration situation in a global context.

"I can get a visa and go anywhere on Earth. Why can't they?" she said of those arriving by sea from Africa. "Why do they have to use a smuggler? Even if you are middle class or [from] Eritrea or Congo, you can't get a visa. There's not equal travel. Racism still dominates the world, and we have to fight that kind of inequality. It's an injustice."

She added: "The world has no frontiers anymore, but now that the poor are moving, we are terrified."

5. Sisters are in a natural position to help the process of integration.

The sisters I met in Rome and Athens live and work in a global context — not only working with refugees and migrants, but doing so with other sisters across boundaries of nationalities and congregations. The issue of integration and cultural exchange is second nature to them.

"Personally, the fact that I am moving from one place to another in our missionary service, I always have had the sense of being a 'migrant' all my life," said Argentine Sr. Carmen Elisa Bandeo of the Missionary Sisters Servants of the Holy Spirit, who works in Rome with refugee families from Syria. "This experience gave me the possibility of experiencing firsthand what means to live in a foreign land, what kind of feeling do you have, which problems you could face. So, in a limited way, I can understand how the refugees and migrants feel."

She said the 28 sisters in her congregational community in Rome are from 10 countries: Indonesia, India, the Philippines, Ukraine, Slovakia, Germany, Poland, the United States, Paraguay and Argentina.

"As a community, the richness of our intercultural living gives a deep sense — because our efforts, struggles, joys become a hope that a new world is possible — that different people can live together."

6. Keep the focus on what binds people together, not on what divides them.

Austrian Sr. Ada Lick, 80, also a member of the Missionary Sisters Servants of the Holy Spirit and a nurse, works at a Jesuit Refugee Service shelter in Athens that hosts many Muslim residents. Lick has long experience living in a predominately Muslim context: She worked for 18 years in Indonesia and two in the Palestinian territories.

"If it's Muslim or Christian, it's the same thing," she told me. "We must know one another. Without dialogue, peace cannot happen."

Christians and Muslims working and living together is a necessity today, Lick said.

"We don't speak about religion," she said of her experiences in the Athens shelter. "Only our being is what is important."

As a sister, though, Lick believes her work stems from another power. 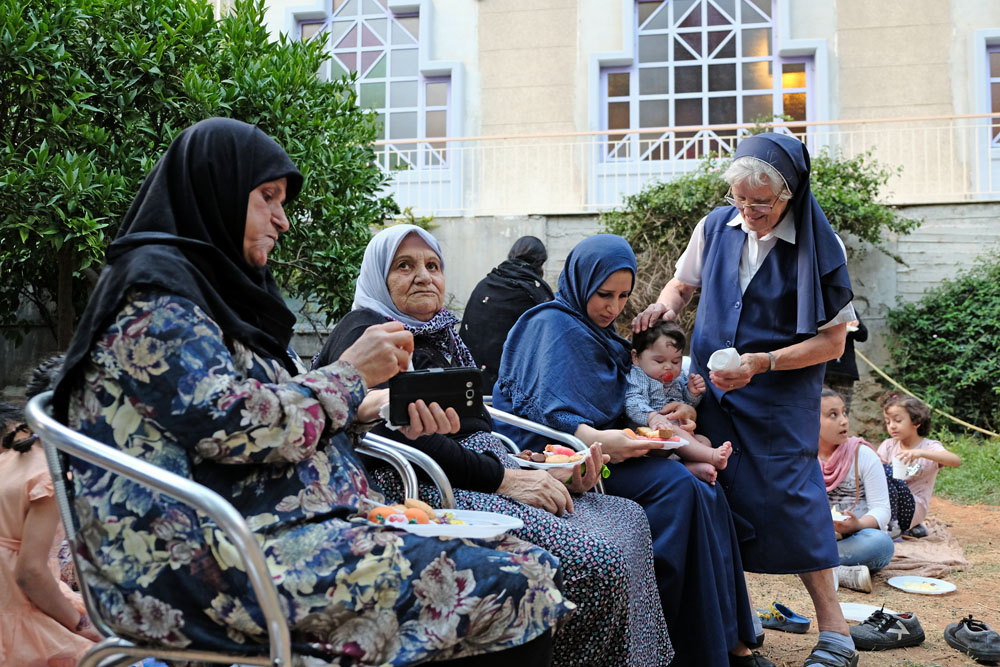 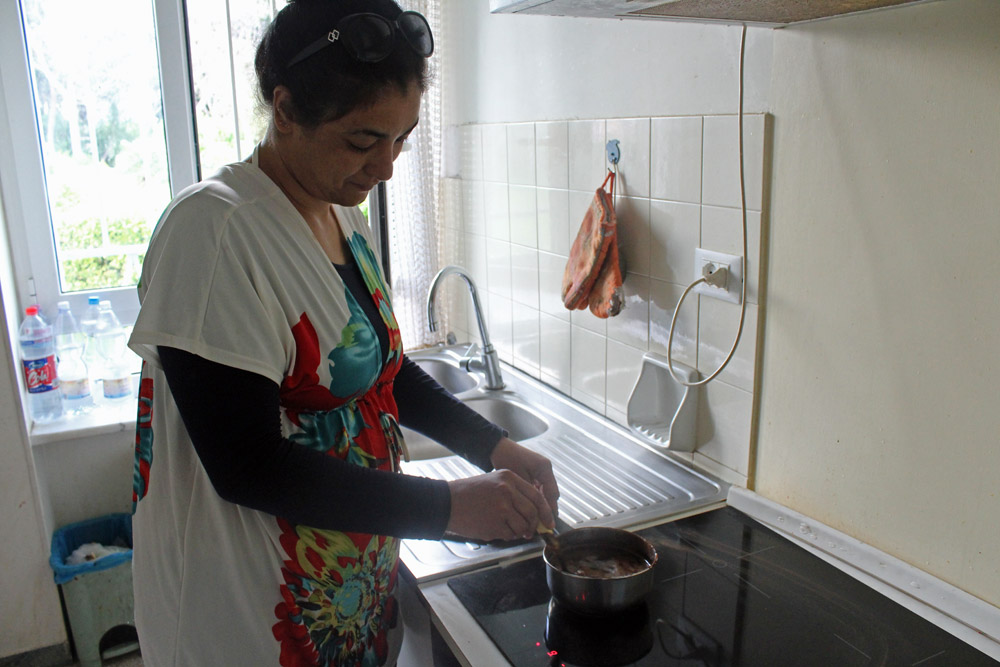 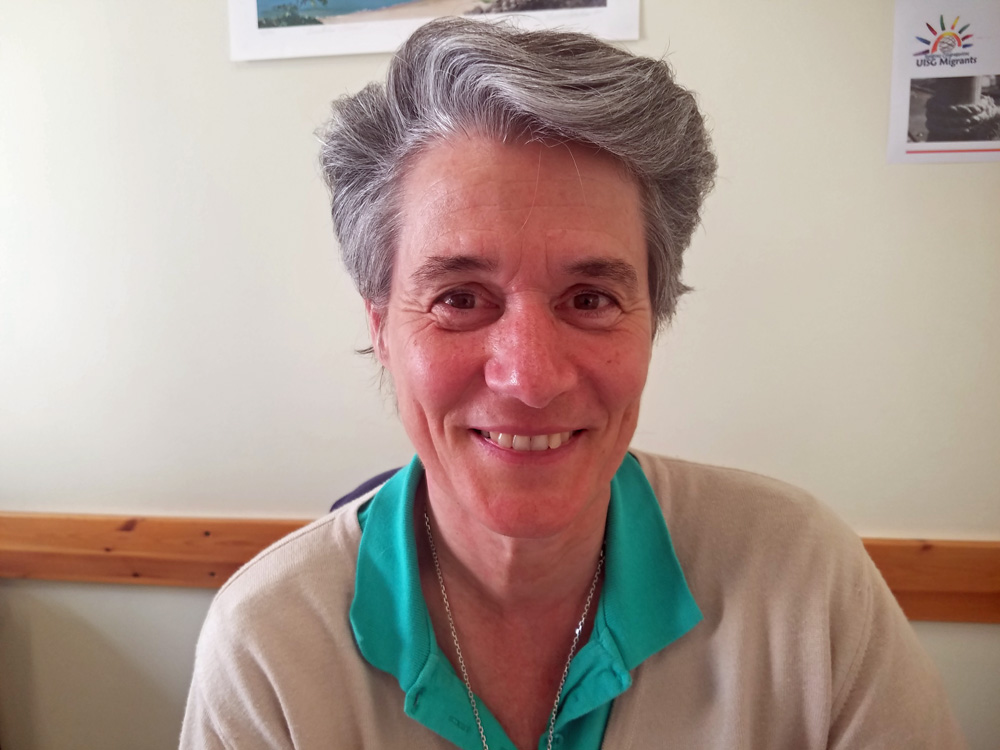 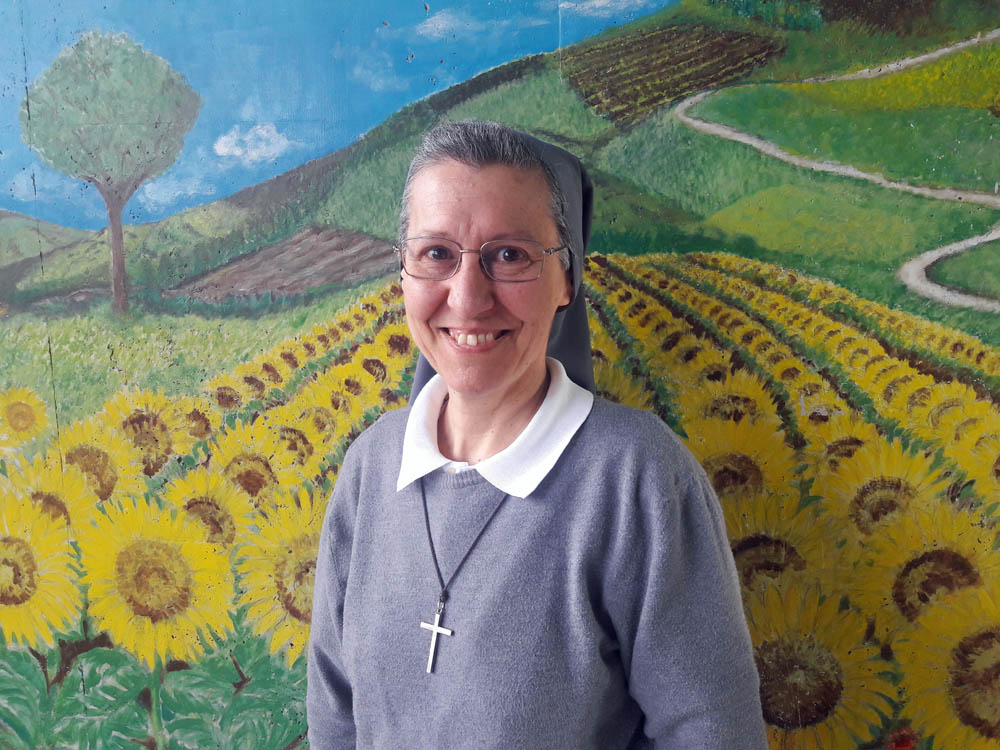 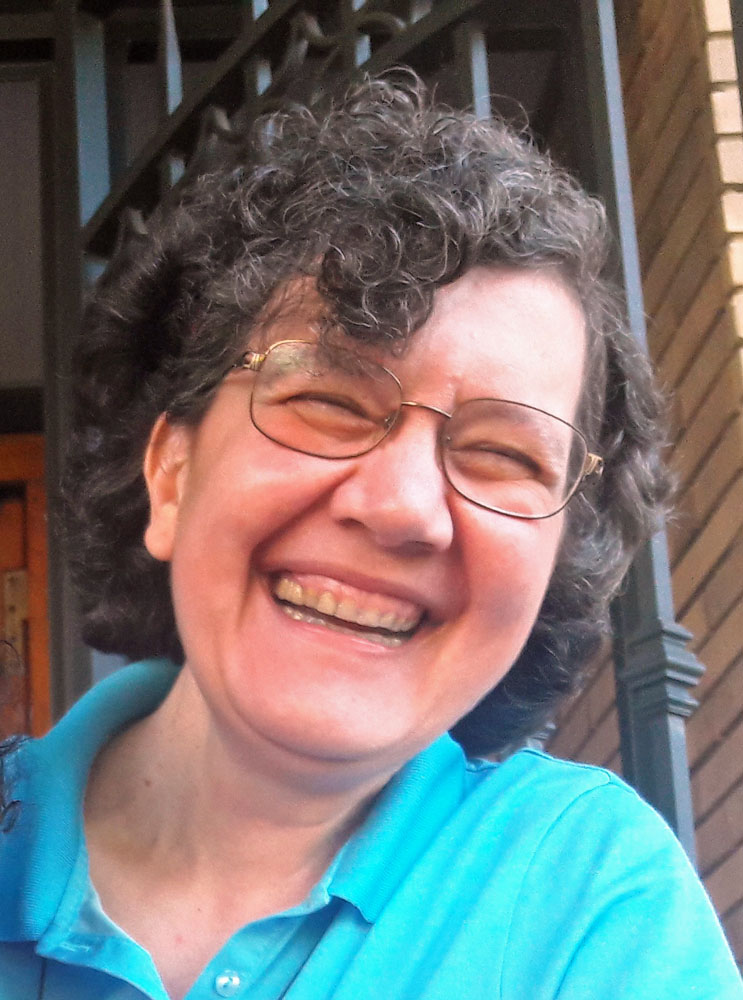