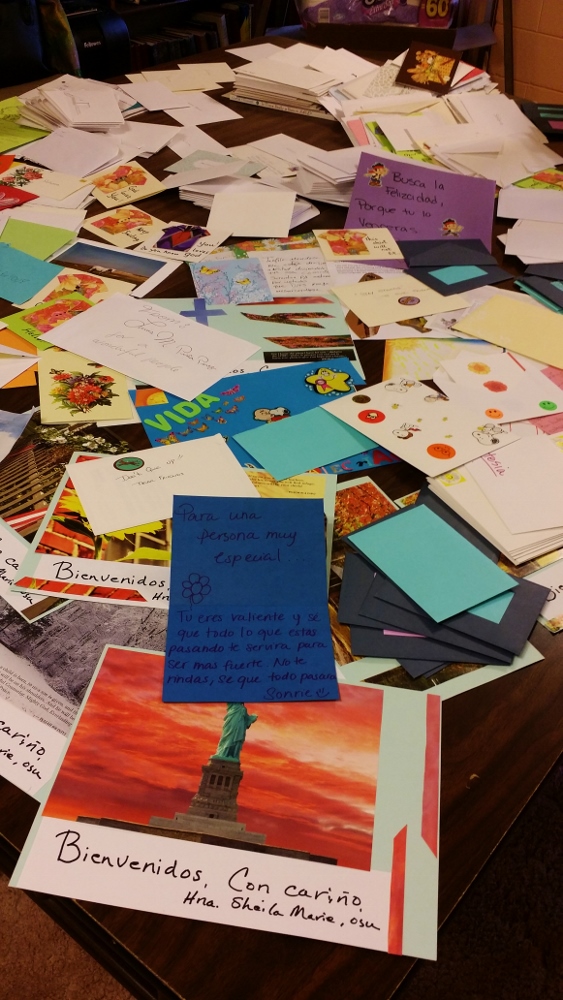 Why is it the small things seem to matter most – especially in the face of something truly awful?

The example that always comes to mind first is what happened after the 1988 bombing of Pan Am Flight 103, which rained down over Lockerbie, Scotland. When the investigation was finally over, officials were about to return the luggage and belongings of the victims to their families, when villagers stopped them – everything was filthy from the crash. So volunteers laundered all the clothing and cleaned all the belongings before they were returned.

In the face of losing your loved one, muddy clothing is hardly worth mentioning. But there’s something that always catches in my throat about someone saying, “Stop. We can’t return their things looking like that.” One small dignity somehow returns us to our humanity when it seems lost.

I’ve seen many examples of this, from New York City shop owners handing out free food and water to anyone who needed it on Sept. 11, 2001, to nurses who make sure there are at least a dozen types of bandages to choose from for children with cancer. No bottle of water or Ninja Turtles bandage can take away the horror. But the act of giving them to someone in need says much about the best of who we are, even when things are at their worst.

Here’s the latest example: The staff at the Catholic Legal Immigration Network heard from one of the CLINIC attorneys who’s been working in Artesia, New Mexico, that many of the women and children detained by immigration officials there are demoralized and feeling hopeless. CLINIC was founded by the U.S. Conference of Catholic Bishops and operates as a legal support agency for diocesan immigration programs. Some detainees are so hopeless – USCCB officials have said families are essentially in prison there – that they are considering going home to face the dangers they fled rather than stay locked up.

The response to the plight of these would-be refugees has been huge, just as the official responses to crisis often are. But CLINIC found a way to bring a small bit of humanity to the situation:

“In response to their plight, we started a small letter writing campaign to let these families know that they are not alone,” CLINIC communications director Maura Moser told me. “I sent a request out to some of our Justice for Immigrants Campaign partners, asking people to write and send the letters to us. We sent this request out on Friday afternoon, before the Labor Day holiday. By Monday afternoon, we had received more than 175 letters. Today we received hundreds more.”

That was a few weeks ago. To date, Maura said, they’ve received more than 800 – most of them written by women religious.

“Letters on my desk at the moment are from Missouri, Kansas, Pennsylvania, New York, Ohio and Wisconsin,” Maura said. “One congregation also sent a poster of puppies signed by all of the women on retreat.”

The letters and cards are given to the families languishing in federal detention – they’ve gotten so many that in addition to Artesia, they’re also going to the families held at the Berks County, Penn., Residential Center, where the chaplain says they have given the detainees badly needed hope and encouragement.

No letter, of course, can erase the horror these families fled, or the indignity of being detained, rather than granted refugee status. It doesn’t change the economic situations in Guatemala, Honduras and El Salvador or the violence it has created, just as clean laundry didn’t bring back any daughters, husbands or friends from Pan Am 103. There’s no bandage that takes away the cancer from a child.

But sometimes the small things make all the difference when what is needed most is a bit of comfort or a sliver of hope.