"Many [South Sudanese] want to be hopeful, but underlying issues are not being addressed," Sr. Joan Mumaw, president and chief administrative officer for Friends in Solidarity, the U.S. partner to the cooperative ministry Solidarity with South Sudan, told GSR in anticipation of the anniversary. "They are afraid to put too much stock on current leaders."

Mumaw, a member of the Sisters, Servants of the Immaculate Heart of Mary, or IHM Sisters, was referring to the continuing stalemate in the country in which an ongoing civil war and its underlying political rivalries have once again cast a pall over hopes for peace.

The New Humanitarian, a news site that monitors humanitarian developments, notes in a midyear analysis that South Sudan's latest peace agreement to end a five-plus-year conflict has stalled, though it hasn't yet collapsed. The conflict in the country, the news site noted, "has killed almost 400,000 people, displaced millions, and plunged pockets of the country into famine."

The news site reported that a "transitional" government based on a power-sharing government "was meant to have been installed in May, but instead has been delayed to November." The reason? "There were a number of unimplemented sticking points to the peace deal between President Salva Kiir and rebel leader Riek Machar that it is hoped the delay will resolve."

Whether that delay will actually help matters is unclear. Peace agreements never seem to stick in South Sudan; there have been a series of broken agreements since 2013. The New Humanitarian also notes that although the current truce between the warring sides "is largely holding, the country remains divided between government and rebel-held areas, which complicates humanitarian access."

"And while security has improved in the capital, Juba, there are still plenty of local conflicts dismissed as 'cattle raiding' or 'revenge killings' that clearly have a political root," the site notes. "A unified national army and agreement on state boundaries are key issues to be implemented in the coming months, but the fact that both sides have continued to recruit does not augur well for the November deadline."

Though things may seem shaky, Mumaw takes heart that, overall, there is less fighting in the country — which is good news.

"Some roads are being upgraded by the U.N. Some people are returning to their homes from IDP [internally displaced people] camps," she said. However, she also noted that many of those people "are finding destruction or homes occupied by opposing groups."

With the independence anniversary approaching and with the peace efforts needing support, Mumaw said such support can only be helped by "the power of prayer from people around the world." Prayer, she said, "may be the most important intervention we can make for the people of South Sudan at this time."

Given that, Friends in Solidarity has prepared a two-page prayer resource available in English, Spanish and French.

The English version says in part:

The decade-old Solidarity with South Sudan is an international collaboration of sisters, brothers and priests working in South Sudan to train nurses, teachers, midwives and future leaders. Friends in Solidarity is an initiative of U.S. Catholic religious men and women to promote the cooperative ministry's work.

South Sudan may be one of the most visible examples of displacement in the world, but it's far from the only one.

In a recent report, the United Nations' refugee organization, UNHCR, noted that 70.8 million people fled war, conflict and persecution in 2018. That's the largest number of displaced persons ever recorded by the agency, which was founded in 1950.

In its annual Global Trends Report, the U.N. agency said the new figures are double what they were 20 years ago and marked an increase of 2.3 million from 2017. Put another way: UNHCR said, "The proportion of humanity who are refugees, asylum seekers, or internally displaced is now 1 in 108; Ten years ago it was 1 in 160."

If anything, the 70.8 million number may be conservative, said U.N. High Commissioner for Refugees Filippo Grandi, citing the ongoing humanitarian crisis in Venezuela: At least 4 million Venezuelans have fled to neighboring countries, but only about a half-million people have applied for asylum, he said.

Grandi said the numbers overall are daunting and may be symptomatic that, globally, "we have become almost unable to make peace."

Yet, Grandi said that while "language around refugees and migrants is often divisive, we are also witnessing an outpouring of generosity and solidarity, especially by communities who are themselves hosting large numbers of refugees."

Those examples, as well as increased international cooperation through such efforts as the global compact on refugees, he said, shows a more hopeful sign.

"We must build on these positive examples and redouble our solidarity with the many thousands of innocent people who are forced to flee their homes each day." 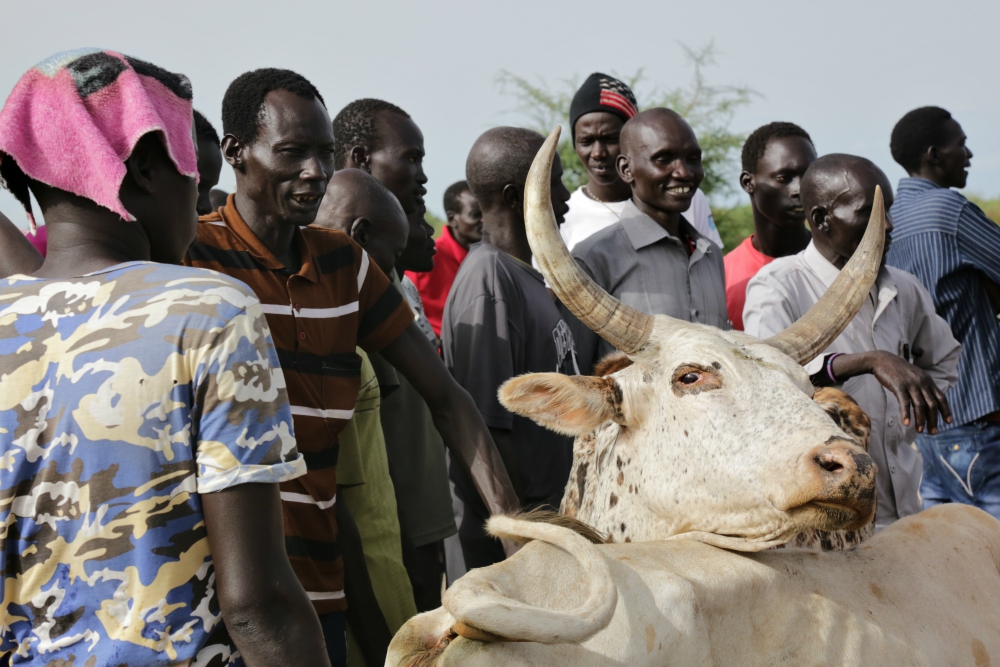 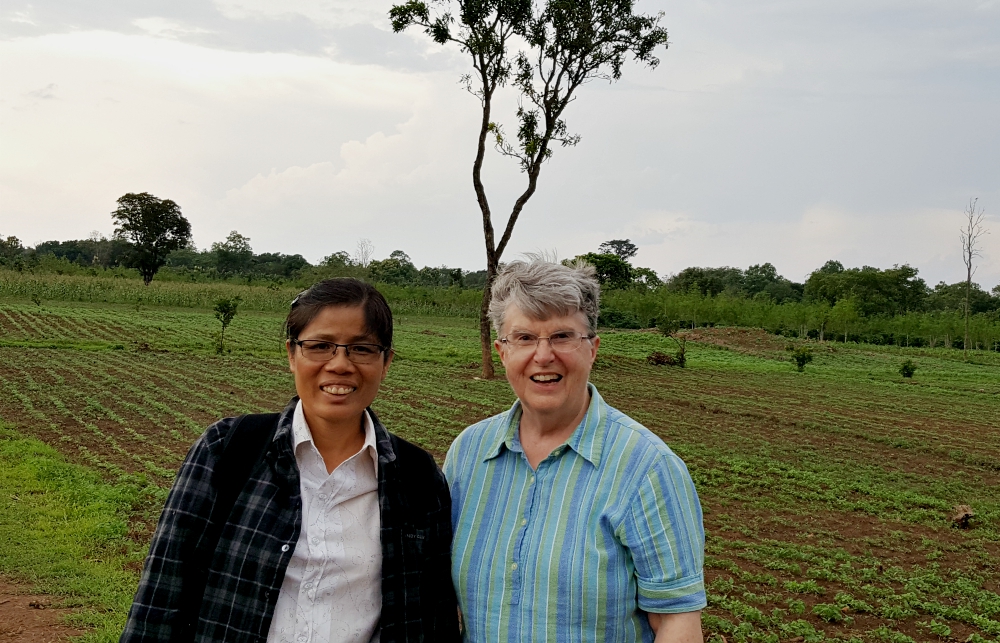 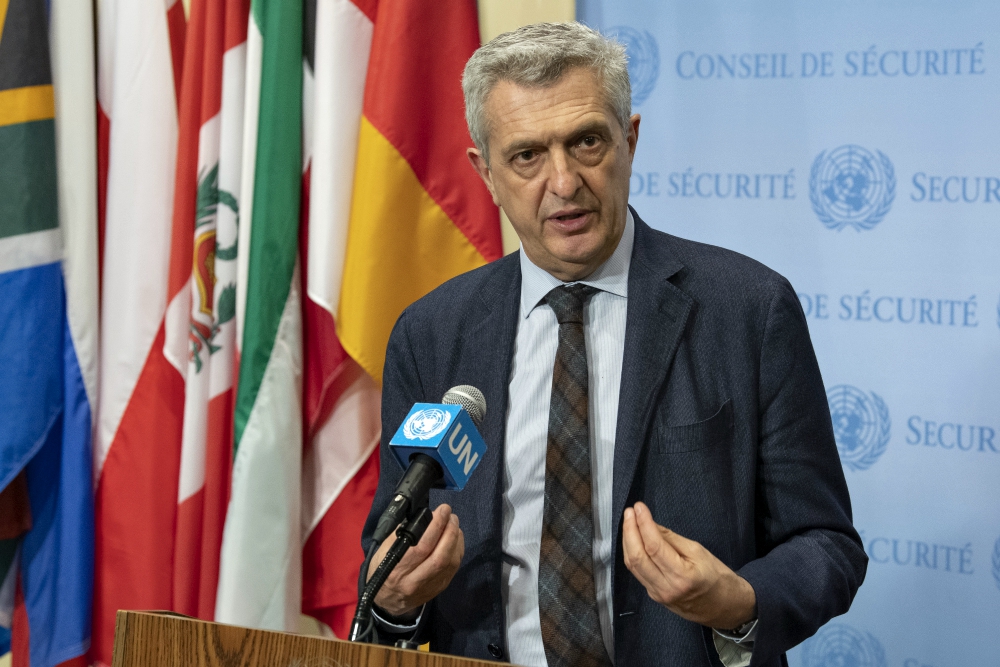