I tell people I'm not a war correspondent. As someone who covers sisters, other religious and the humanitarian efforts of the church in countries like South Sudan, I find it pretty tough to have access to a critical part of the story about war: the soldiers.

Why? Catholic sisters and brothers, clerics, and lay humanitarians in organizations like Caritas called to serve those victimized by war are not in a position to help a visiting journalist contact the local militia. Nor should they be, especially when the military may be accused of severe human rights abuses.

Soldiers in an unstable country like South Sudan, of course, are always the wild cards — and they have an outsize role in what I and others write about civil war and conflicts.

This was made clear to me numerous times during my recent assignment to South Sudan and after — for example, Christopher Allen, a young American freelance journalist from Philadelphia, was killed recently covering South Sudan's civil war. He became another victim in a war that has claimed the lives of tens of thousands of South Sudanese.

Rackova died May 20, 2016, three days after she was shot while driving a patient to a hospital in Yei, in the southern state of Yei River, the same state where Allen was killed.

She was in charge of a medical clinic in Yei, and it is particularly poignant that her death came as the result of an act of selfless service.

Though it is presumed the death was an accident, three members of a special unit of the Sudan People's Liberation Army, the government forces, were charged with the killing — apparently an act of overzealousness as soldiers were protecting a road on the eve of the army's 30th anniversary. More than a year later, the case has yet to go to trial.

As they traveled from their congregation's regional home in Ethiopia to a one-year memorial service in Yei, Ladia and Silvero called Rackova a joyous person. She was also, as Silvero described her, "one of the true pioneers of service in South Sudan."

Given that Rackova was wearing a veil as she drove the patient to the hospital, her death has raised suspicions.

"How could they miss that?" asked Ladia, adding that Rackova's last words were, "Why did they shoot me? I didn't do anything."

Upon their return to Juba a week after the anniversary, the sisters described Yei as heavily militarized, and they could hear shelling and artillery from a church compound where they stayed. Though the service for Rackova went on as scheduled at Yei's Catholic cathedral, security was so fragile that the two sisters could not be taken to pay their respects at their colleague's grave, a short drive from the church compound.

Silvero said the fighting in Yei has become senseless — "the destroying of things. Why? I don't understand it." As is often the case in a place like Yei, "civilians are caught in the middle," she said. Stories of rapes committed by soldiers continue, the sisters said.

Ladia said wistfully that the young soldiers "need conversion — they need to be reached out to." They are now experiencing a kind of life that has led many down a road to evil, to perdition, she said. "War has become a way of life for them."

Certainly, many soldiers uphold their duties professionally. But others are the cause of much grief, looting homes, killing civilians or raping women. And this pertains to both the national military and the rebels fighting the national government. Abuses straddle the spectrum, as Human Rights Watch noted recently: "Since the civil war started in December 2013, both sides have committed horrific abuses, including war crimes and crimes against humanity, often along ethnic lines."

What struck me so pressingly during my time in South Sudan is how, even in the midst of a civil war, sisters like Silvero and Ladia speak with some compassion about the soldiers who are committing horrific crimes and abuses.

While not for a minute condoning what some soldiers do, sisters and others in the church see a larger picture: how young men, many of them poorly educated and barely out of adolescence, are conscripted or join militias because they have few options.

"They're being used," a sister in Juba who has had confrontations with soldiers told me. When you feel you are being used, she said, young men in particular act out in harmful ways: "They feel crippled. And that intense suffering leaves them with a lot of scars."

Feeling used by political leaders for purposes that may ultimately be meaningless is a refrain I heard a lot, and it bothers sisters and clerics deeply.

"We pity them," Juba Bishop Santo Loku Pio Doggale, an outspoken critic of the South Sudanese government, said of the soldiers. Government leaders use the soldiers "as they want" without impunity. They are often not paid. And when the soldiers die in battle, it is not at all unusual that "their parents cannot even trace them. They are denied existence."

These realities don't surprise De La Salle Br. Joseph Alak Deng, who works in the city of Wau as a team member of the humanitarian alliance Solidarity with South Sudan, based at the Catholic Health Training Institute.

He shudders at the stories of young soldiers killing pregnant women for no reason other than the sheer joy of slaughter.

"This killing is beyond human," he said. "Killing a woman who is pregnant and killing the child in the womb — it's not human, it's not right."

But Deng sees wider forces at work. Military groups, which more and more are enclaves for specific ethnic and tribal groups, are also becoming bastions for those without much future or opportunity, he said.

"They come from poor families," he said. "If I was there, I'm sure I'd steal, too. The hunger [the young men experience] is deeper than just poverty."

"That void, that nothingness, they feel it."

That has likely destroyed the soul of the military, at least for now, said a representative of one humanitarian organization who has contacts in the South Sudanese military and asked not to be identified because he is in the country on a visa. Increasing numbers of soldiers "are sociopaths — don't know what's right or wrong and have no moral center at all," the representative told me.

As a result, military leaders who have a sense of professionalism are feeling increasingly isolated.

"I think some of these people will die of sorrow or grief," the representative said.

Let's hope not. Those in the military who are sickened by abuses and paroxysms of violence should have a role in resolving what Deng calls "this unnecessary war" that has claimed far too many lives, including that of Rackova, one of God's faithful servants.

Poignantly, Silvero recalled the sight of seeing young soldiers on her travels in Yei to honor Rackova.

"The guns are so big, some of them can't even carry them," Silvero said.

If ever there is an image that encapsulates the absurdity of the South Sudanese civil war, it is probably that. 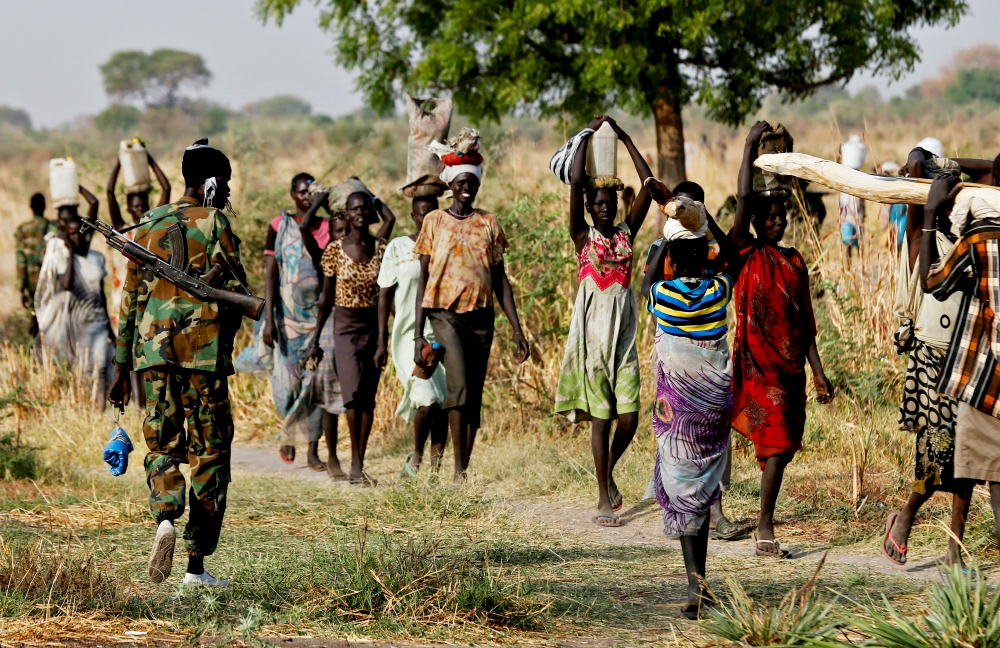 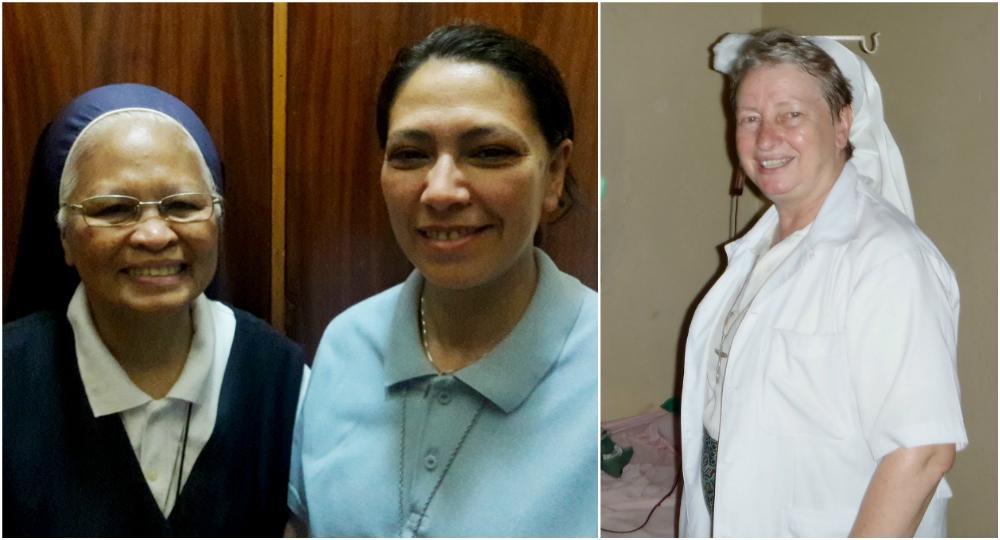 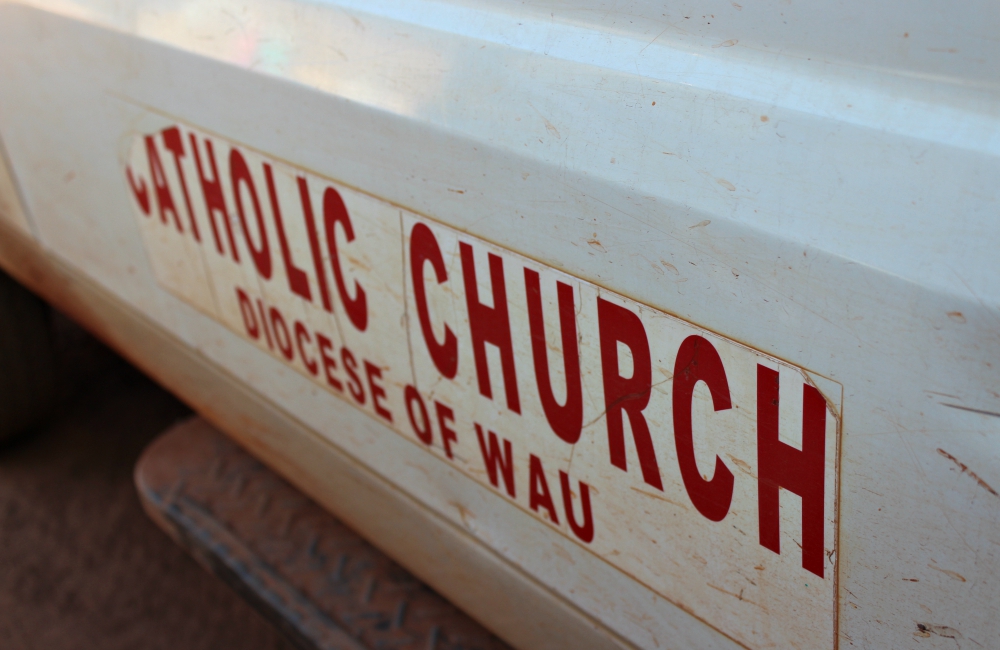 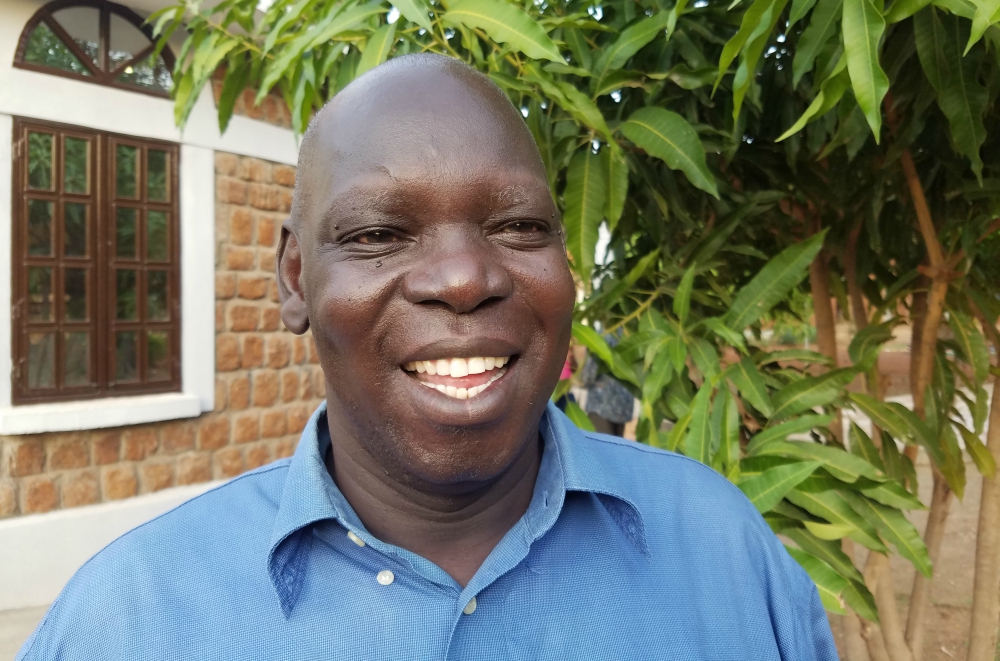