The common ground we all come from

by Sarabella Muise
Ministry
This article appears in the Notes from the Field feature series. View the full series. 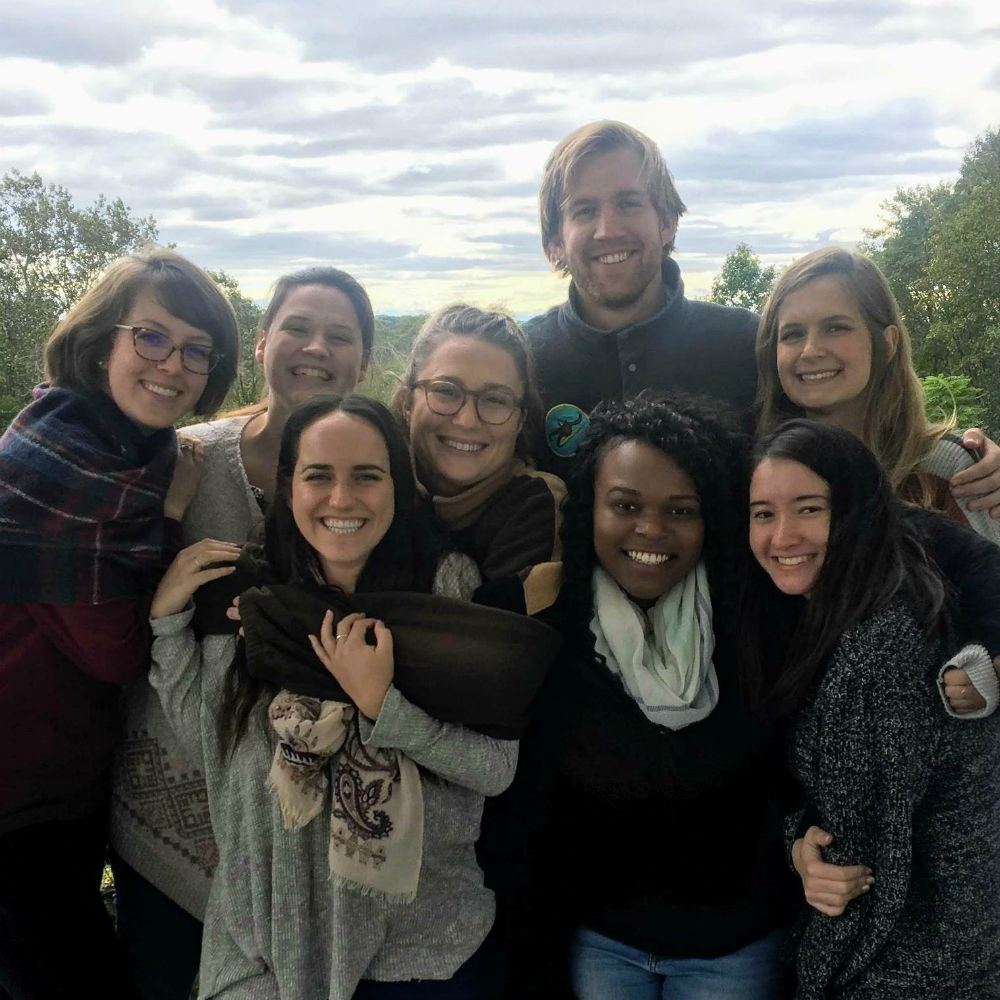 New York, N.Y. — Notes from the Field includes reports from young people volunteering in ministries of Catholic sisters. A partnership with Catholic Volunteer Network, the project began in the summer of 2015. This is our eighth round of bloggers: Sarabella Muise is a Good Shepherd Volunteer in New York City, and Julianna Lewis is a VIDES+USA volunteer in Bogotá, Colombia. This is Sarabella's first blog post. Read more about her.

I grew up in northern California in beautiful Saratoga, a suburb about 45 minutes south of San Francisco. I first heard about the idea of post-graduate service when I was a 14-year-old sophomore in high school. I was involved in community service clubs and cared about giving back, and I decided post-graduate service was an immersive way to continue to do just that.

GSV helps us grow in the context of these tenets through twice-a-week community nights where we reflect, share knowledge and converse about each tenet. GSV provides us a network of past volunteers, board members, professionals, and Good Shepherd sisters to meet with and learn from throughout our year. Everyone at GSV, volunteers included, is motivated by their motto, "just love."

GSV also facilitates quarterly retreats to help us dive deeper into each tenet and synthesize our experiences. At our first retreat Oct. 19-21, we focused on the tenet of community. All five of us volunteers from the New York community as well as four volunteers from the New Jersey community gathered in Wickatunk, New Jersey, in one of the sisters' convents that felt like a bigger version of everyone's grandma's house.

We opened our time together with an exercise about where we are from based off the poem "Where I'm From" by George Ella Lyon. We began the activity by listening to a recording of Mrs. Lyon reading her poem. She described her own personal history, the history that made her life uniquely hers, speaking in a Kentucky accent.

I did not understand many of the references she reflected on as pivotal in her own life, such as, "I'm from fudge and eyeglasses, from Imogene and Alafair" or "I'm from Artemus and Billie's Branch." Nonetheless, these references were important to her and the fabric of her life. 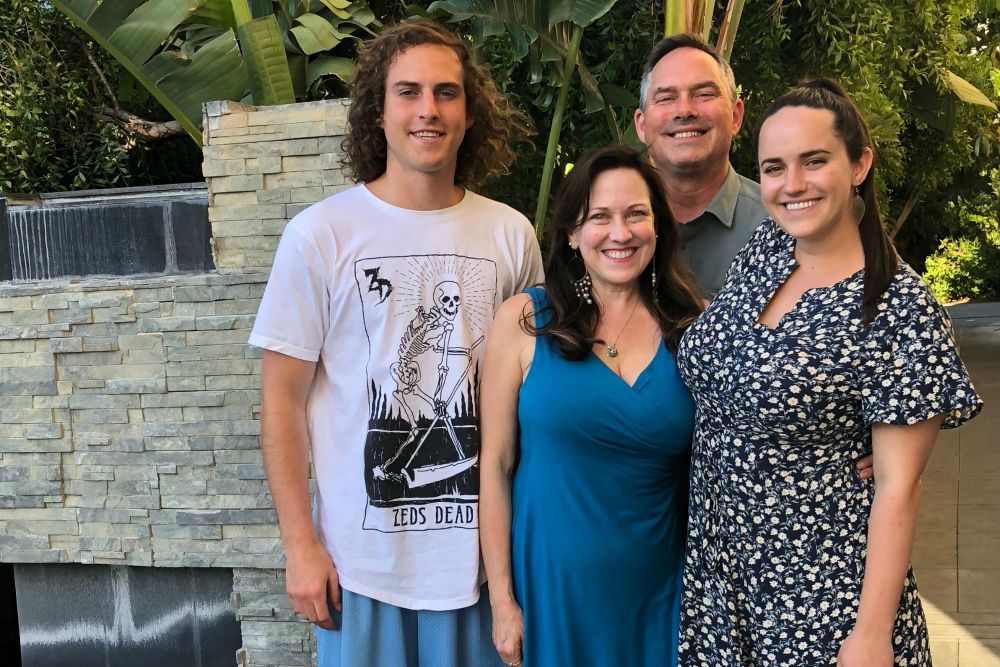 Sarabella Muise with her family, the foundation of where she is from (Provided photo)

We then filled out guided worksheets to help structure our own "Where I'm From" poems, outlining specific details like the sights, sounds, smells, phrases and people we experienced throughout our upbringing.

I was not expecting to become emotional during this exercise. In fact, making the cross-country move from California to New York two months ago, stepping outside of my comfort zone, exercising my independence as a young woman and leaving "where I'm from" were all positive changes I was ready for. However, I could feel the tears beginning to build as I recalled individual memories that made me who I am today: my grandpa, who is no longer with us, and the blue sweater he always used to wear on holidays that I now sleep with when I need some comfort; the fierce and unrelenting love my mother and father raised me with; the spot our family vacationed at annually for 12 years; and the green lawn, blue sky and purple lily of the Nile flowers that created the backdrop of my life.

In reflecting on all of these memories, I saw them clearly and in vivid color. They came back to me with richness, and I saw them as though filtered through a lens of pure joy. My body and heart filled with so much gratitude that I quickly felt like I would burst. A few tears were shed as I shared my poem out loud with my partner, but what hit me the hardest was hearing my peers read their poems.

Just as we first heard George Ella Lyon speak her truth, one by one, these people who are walking this journey of service with me and who I already consider friends read their poems, referencing things I didn't understand and painting pictures of their unique upbringings. Though I've never seen these things or places, I could feel them. I could not keep from crying because it was so beautiful.

During the week, I work full-time at one of Good Shepherd Services' 80-plus agencies in New York, Marian Hall, a group residence for teenage girls who cannot live at home for various reasons, including abuse or neglect. As a youth development counselor, I help maintain the day-to-day living environment for the residents. This includes waking them up in the morning, reminding them of appointments, encouraging them to attend school, being a listening ear for their problems and worries, and all around being a positive and supportive adult in their lives.

There are 13 girls who live college-dorm-style on the floor I work on, and as time goes on, I'm getting to know each girl more and more. When I first began, I was nervous, expecting a hostile environment, based on stories I had heard from employees and past volunteers about how challenging the residents can be combined with my own biases.

Much to my surprise, the girls were all extremely welcoming and kind to me as I began spending eight hours every day in their home. However, it is still a mystery to me how each of them grew up and where they're from. 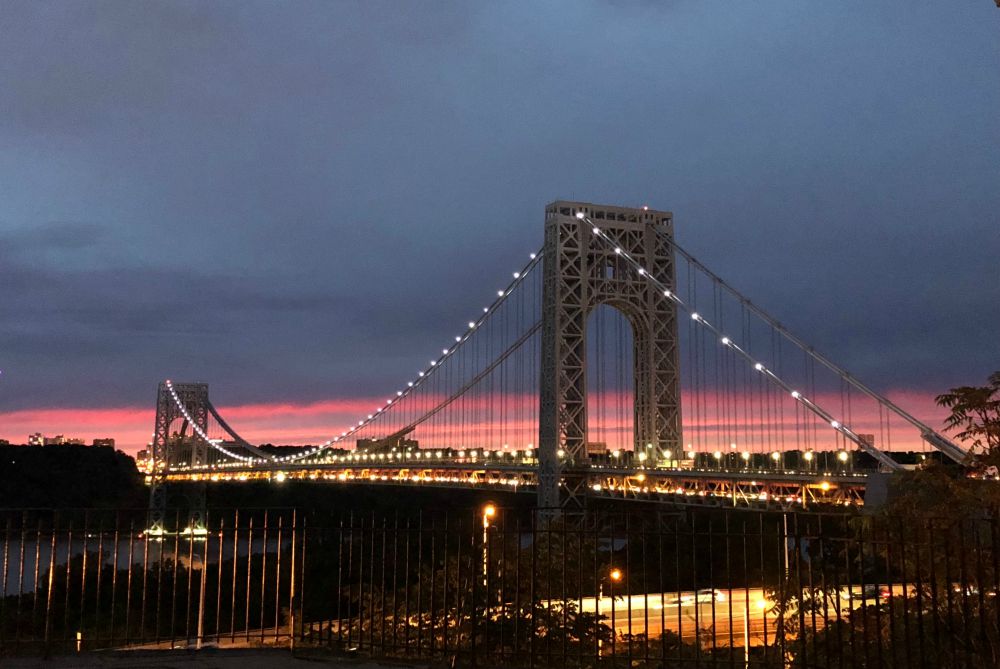 Since I started, one of the residents decorated the door to her room with photos. A few of the photos are of her now, showing off her recently braces-less smile and a few Snapchat-filtered selfies. There are also a few photos of where she's from. One depicts a room with a Christmas tree on the right and a small child on the left, and another shows her at probably about 6 years old in a pool, holding on to a kickboard and wearing a swim cap. In this photo, she is looking back at the camera with a huge smile, sticking out her tongue in the most innocently mischievous way. It's an expression we are all familiar with, as we have given it as children and grown up to see the children in our lives give it.

This photo especially strikes me because she looks so innocent, happy and quintessentially childlike. Many of her current behaviors as an almost-20-year-old young woman are still childlike, but working in a trauma-informed organization has helped me understand that those behaviors come from traumatic past.

Seeing this photo of when she was truly just a kid and comparing it to now, when she feels she has to act like a child to get love and attention, is powerful. It gives me insight into where she's from.

In some photo album on a shelf in my parents' house, there is an almost-identical photo of me. I grew up playing sports, and summer was swim-team season. I spent day after day enjoying time in the pool, laughing and having honest fun.

At some point after those pictures were taken of my resident and me, the paths our lives took diverged drastically. But there is a connection and there is humanity and there is God in where we are both from. Though our different experiences have shaped us into who we are today, there is common ground and humanity in where we both come from, and that is true of all people. It is certainly true of our world's most vulnerable populations, such as adolescents in foster care, minorities and homeless people, but it is also true of each of our friends, members of our families, co-workers and acquaintances. On some level, even if our 6-year-old selves are now a distant memory, we all come from summer days playing in the pool.

[Sarabella Muise is a Good Shepherd Volunteer at a therapeutic residence for adolescent girls in New York City.]

Ministry | The common ground we all come from

Q & A with Sr. Pierina Cecilia Das on being a Catholic teacher in a Muslim country