At a gathering here today of leadership members of the International Union of Superiors General (UISG), several spoke of the torturous conditions in which their communities live out their missions. Women religious in the Middle East and in parts of Africa are particularly susceptible to violence and political upheaval.

One of the women, Sister of St. Therese of the Infant of Jesus, Scholastique Empela Ankonele from the Democratic Republic of the Congo, offered a horrifying glimpse of her tortured and divided nation. Instability, especially in the eastern region of Congo, continues to cause immense suffering, including staggering mortality rates, mass displacement, as well as widespread sexual violence, often used as a weapon to terrorize and humiliate communities. She showed photos of the results of violence, including some showing piles of corpses loaded on the backs of trucks.

Her own community, she told some 70 assembled women, was pillaged a few years back. Everything was taken. The women had lost all possessions. They met and were first offered the opportunity to leave the area, but after reflection, and clinging to their faith, every member of her community decided to stay.

“We decided to stay with the people. Our witness was to God, to Jesus.”

The inhumanity being witnessed by women religious, the violence many are living through in many parts of the world, is astonishing, even to a journalist who has followed global events for decades.

Ankonele pointed out that not a small part of the violence is connected to consumer goods from which the rest of the world profits.

Armed groups in Congo earn hundreds of millions of dollars every year by trading what are called conflict minerals. These minerals (the “three T’s”: tin, tantalum and tungsten) are found in many of the products we use every day, such as cell phones and laptops. They are also found in jewelry, automotive, aerospace and medical equipment.

Government troops and armed groups in Congo for years have fought to control mines and smuggling routes, murdering and raping civilians to fracture the structure of society, rights activists say.

Minerals are smuggled out of Congo through neighboring countries and then shipped to smelters around the world for refinement. Conflict minerals easily make their way to the United States and all over the world in consumer products.

Human rights activists, working with U.S. legislators, succeeded several years ago in passing legislation making it more difficult for these smuggled minerals to enter our country.

As a part of the Dodd-Frank Wall Street Reform and Consumer Protection Act, signed into law in July 2010, Section 1502 requires publicly traded companies to ensure that the raw materials they use to make their products are not tied to the conflict in Congo, by tracing and auditing their mineral supply chains.  By at least one reliable estimate, some 12,000 US companies can be effected.

Here’s how the law works, according to the Enough Project, a human rights group working to end genocide. First, companies that manufacture products using require tin, tantalum, tungsten or gold must report to the Securities and Exchanges Commission the due diligence procedures they have in place to determine whether or not their minerals originated in Congo or a neighboring country and if they are supporting armed conflict there. Until recently, many companies have relied upon assurances from their suppliers that they do not purchase conflict minerals, without independent verification. With this law, the burden of proof shifts: Now companies must find out from which countries their suppliers source.

If a company finds that its minerals originate in Congo or one of its neighbors, more reporting is required. They then must report on the measures they have taken to understand the source and chain of custody of the minerals.

The Congolese government welcomed this law. In a statement, Minister of Information and Spokesperson Lambert Mende called it a “noble initiative.” In addition, the Catholic Church in Congo issued a statement in support of the law, which they lobbied in support of through groups like Catholic Relief Services and the U.S. Conference of Catholic Bishops. The bill has also been welcomed by international human rights groups, such as Amnesty International and Global Witness, as well as humanitarian groups like World Vision. 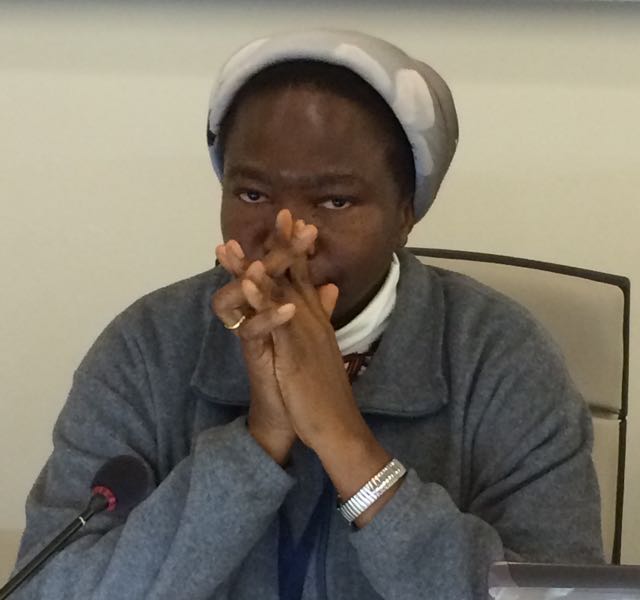