Notes from the Field includes reports from young people volunteering in ministries of Catholic sisters. A partnership with Catholic Volunteer Network, the project began in the summer of 2015. This is our seventh round of bloggers: Viviana Garcia-Blanco is a Dominican Volunteer at the United Nations and Geri Lanham is a volunteer with the Religious of Jesus and Mary in Gros Morne, Haiti.

What is your name? Who are you? When meeting a new acquaintance, this is an important distinction.

How are you called? That question may have a different answer than the first because the responder could answer with a title or a nickname.

Names tell us quite a lot about a person because they give a glimpse of familial connections. When I introduce myself as Geri, many people smirk and inform me of a fact I know well — Geri is, indeed, more commonly a man's name. This is as true in Haiti as it is in the United States. But when you know the story of my name, that my parents named me in honor of my Uncle Jerry, it begins to make sense. My name places me in an intergenerational family.

People can easily tell one another their given names, but the response to "how are you called" tells one even more about the other person. I could say that I am Auntie Geri, and you would know that I have little people in my life who call me aunt. I could also say that my family calls me Ger, further shortening an already short name into a more familiar single syllable.

Places also have names to orient people to where in the world they are in any given moment.

Maison Bon Samaritain is the new name of the local nursing home. It is positioned just off the national highway that leads into town, and its bright yellow walls are a telltale sign of its existence in the neighborhood of Kokoye. Initially, this nursing home was called the Kay Pòv, "the house of the poor," because it was a place for the most vulnerable members of the town to sleep and receive intermittent medical care.

Thanks to the great efforts of a board of directors that was formed to look after the residents, the Kay Pòv transformed into a place that became a home when it moved to its current location 15 years ago. And with the transformation came a new name, a name to tell people that it is no longer "the house of the poor."

Residents range in age from 54 to 95 years old. The age of the oldest resident is an estimate, based on the fact that he remembers his father talking about Haitian President Louis Borno, who was president from 1922 to 1930, when the resident was a young child.

Maison Bon Samaritain is the house of a family that has been formed thanks to the quality of care and compassion that gave the residents a new sense of self and a sense of dignity.

Its new name, Maison Bon Samaritain, "the House of the Good Samaritan," speaks to the fact that it is a place where the hands of others come to support and heal those who were broken. The hands of the four-person nursing staff act as the healing hands of God.

Sr. Jackie Picard, a Religious of Jesus and Mary sister who has been in Gros Morne for 20 years, has been on the board since 2002 and was instrumental in the transformation of the center. Although the majority are older than she is, the residents call her manman, mother. As the residents will tell anyone who enters the center and asks about its history, "Sister Jackie is a mother for us. She cared for and continues to care for us."

It is a mission that continues to evolve, thanks to various partners who support the center, and one that manifests itself in the beautiful responses of the residents who now have a place they are proud to call their home.

The staff at Maison Bon Samaritain carry out the corporal works of mercy of Matthew 25. They clothe, feed, house and care for the residents who do not have their own biological families to perform these simple but important actions.

When visitors come, they interact with the residents on a human level: They shake their hands and listen to their stories. To further enhance and continue the transformation of Maison Bon Samaritain, there is a core community of board members who organize and attend special occasions there. Each month, the community gathers to celebrate birthdays, and Bible studies and craft programs run throughout the week to engage the residents.

Local youth groups come to visit the residents and give a ministry of presence so the residents can remain connected to the larger Gros Morne community.

As care and compassion are given to the residents, they themselves are invited to participate in the life of the community, which is the life of their family. It is not the family into which they were born, but it is the family they have formed with one another.

Some of them have family who occasionally visit, while others only have the family of Maison Bon Samaritain, their newfound brothers and sisters, aunts and uncles. Those who are more physically capable offer encouragement and assistance to those who are less capable in a manner that shows what service the residents can give to one another. With 21 onsite residents and two daytime residents, the nursing staff stays busy as they strive to continue the good work of making this center a place to call home. 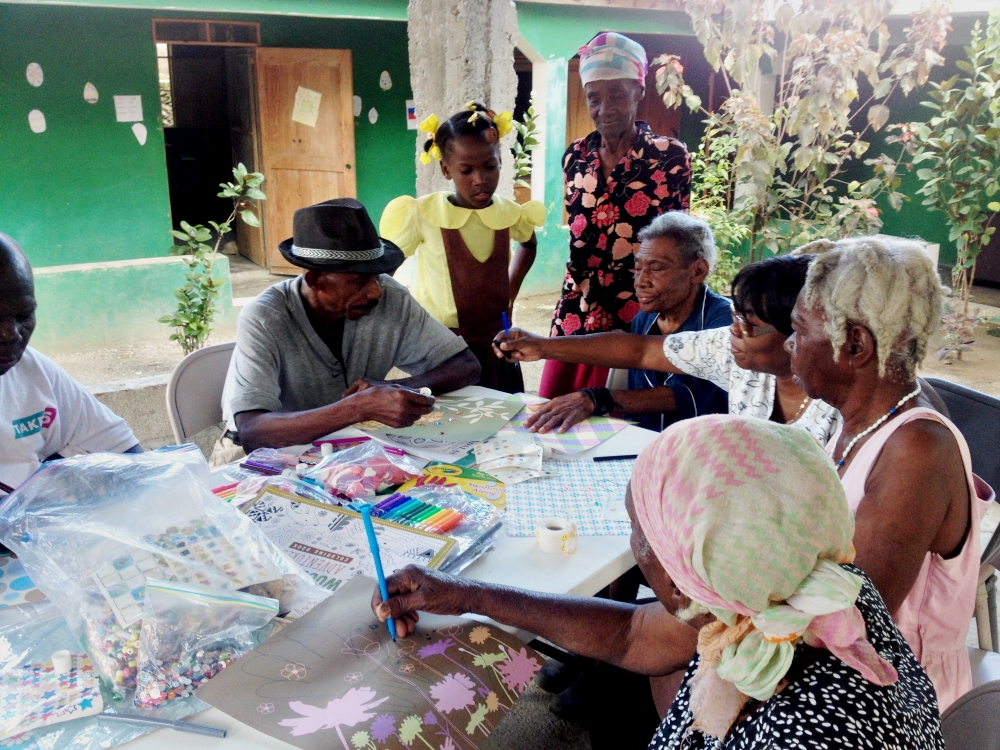 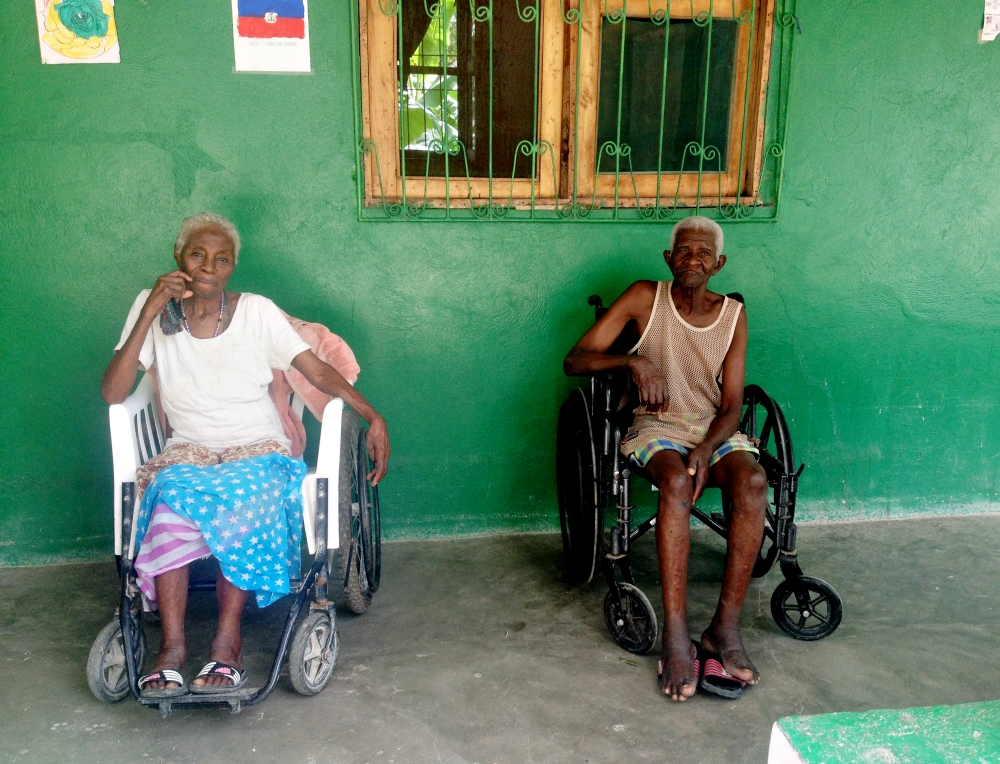 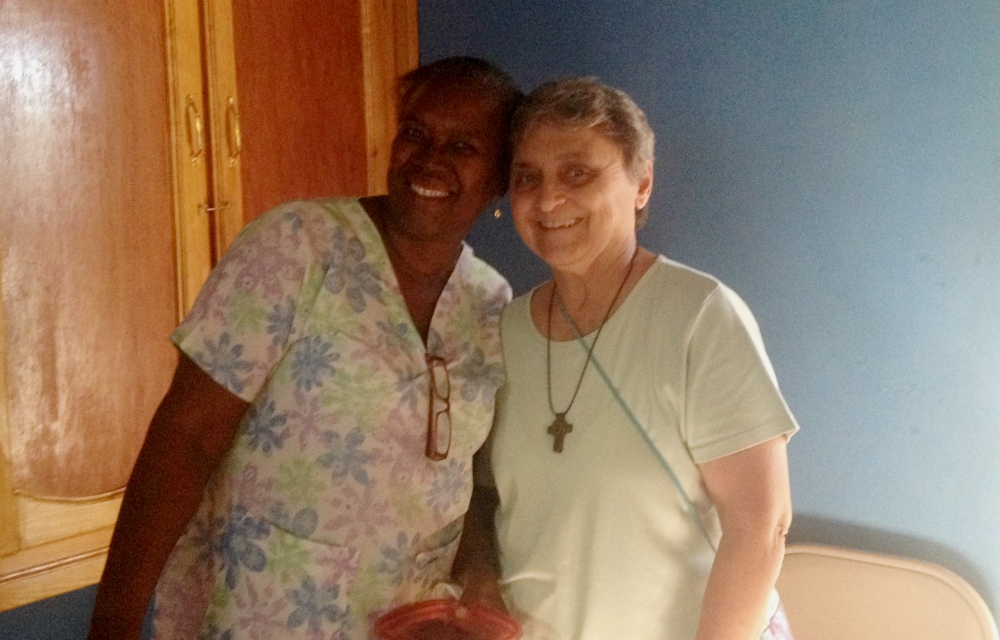 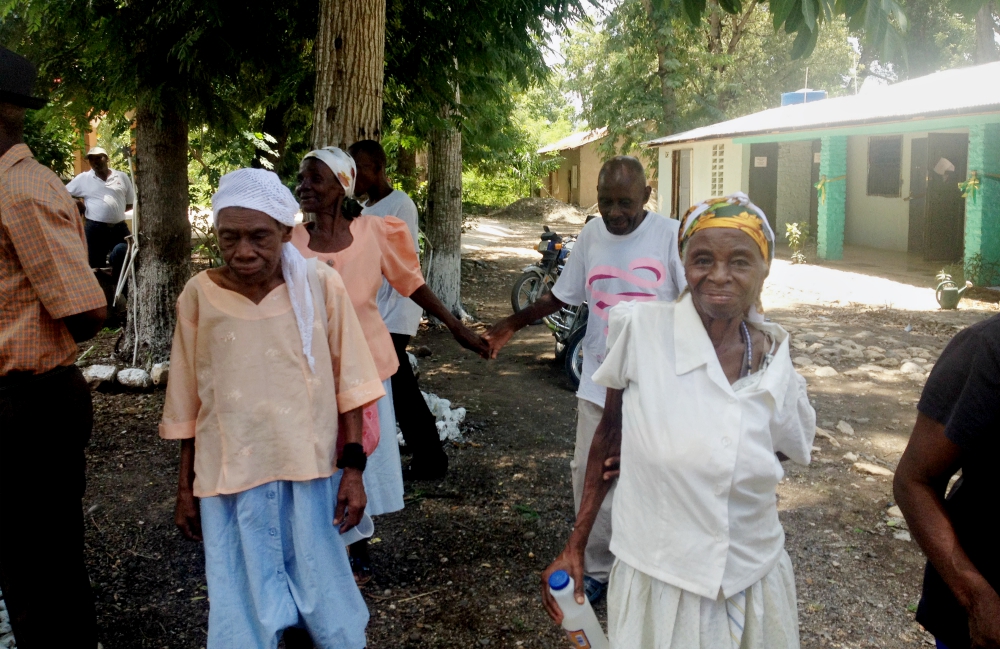