Notes from the Field includes reports from young people volunteering in ministries of Catholic sisters. A partnership with Catholic Volunteer Network, the project began in the summer of 2015. This is our seventh round of bloggers: Viviana Garcia-Blanco is a Dominican Volunteer at the United Nations and Geri Lanham is a volunteer with the Religious of Jesus and Mary in Gros Morne, Haiti. This is Geri's final blog post. Read all of her posts here.

In the children's book Mayor Goodgrub's Very Important Day, the mayor of Woodseyville notices that all of the townspeople seem to be making preparations for a special event, but he cannot remember what this event might be.

Haiti celebrated Flag Day on May 18, and like the fictional townspeople of Woodseyville, they spent last week preparing for the big celebration. If a traveler did not know the impending date, it would still be evident that something special was about to happen.

Flag Day celebrates the foundations of this country and the unity of the Haitian people, wherever they may live across the globe. It was on this date in 1803 that the leaders of the independence movement created the Haitian flag in the city of Arcahaie.

This date is something out of the ordinary but it is ingrained in the fabric of Haitian culture. May 18 is a national holiday, and those who feel they belong to the nation of Haiti, whether or not they live within the borders of the country, will celebrate their national roots. It is a day not easily forgotten by the Haitian people, who have a shared experience of a rich history of independence as the first black republic and the first slaves to win their independence from a colonial power.

As I rode north from the capital May 15 with Sr. Patricia Dillon of the Religious of Jesus and Mary after completing errands in Port-au-Prince, we noticed teams of people cutting low-hanging tree branches and sweeping the national highway. In Arcahaie, the city where Jean-Jacques Dessalines created the flag by ripping the white section out of the French flag, teams of municipal workers were polishing the many flagpoles and preparing to unfurl vibrant new blue-and-red flags for the occasion. Many cars along the national highway proudly boasted Haitian flags flapping in the Caribbean breeze on the driver's side for all to see.

In Gros Morne, schoolchildren prepared for a citywide parade. During the week of May 7, many schools, including Lekòl Jezi-Mari, allowed their students to come dressed in "colors," or street clothes, for a small fee. This fee collected by the school directors was used to purchase water for the schoolchildren who participated in the Flag Day parade.

For the youngest students in preschool, each school hosts a small Flag Day celebration on May 17 on their respective campuses. The young ones march around the school courtyard as the older students cheer and wave small flags, giving the preschoolers a taste of the larger parade that will take place the next day.

On Flag Day, everyone dresses in the bright blue or red of the Haitian flag. The schoolchildren assemble bright and early at the large Catholic church in the middle of town to be placed in some sort of organized chaos for the beginning of the parade, which sees them wind up and down the streets of Gros Morne.

Some schools and youth groups have special dance troupes that perform routines they have been practicing for months. The majorettes sport matching costumes of red and blue satin. Some of them carry batons that they twirl and throw in the air while others have drums and horns that accompany their routines.

The groups spend the morning marching and dancing their way up and down the streets of Gros Morne, so if anyone happens to forget the date, there is no question that it is a very important day for this country.

The parade culminates at a tall wooden bandstand on the grounds of the public high school. On Flag Day, it is festooned with bright red-and-blue streamers with swooping swaths of fabric acting as a backdrop for all of the city officials. All three mayors of Gros Morne attend as the country turns out to show its pride for the flag.

When we travel on the national highway around Flag Day, I have the sense that half of the country's 11 million people must be traveling with us because of the many people on the move around us. On May 18, it is tradition for people to visit their families and go to the beach. Schoolchildren join in this tradition, as some of them take the opportunity to experience the ocean for the first time in their island nation.

It is a national holiday when it seems that all 11 million people are on the move. Everyone has somewhere to go and people to see. Grandparents share their memories of the country when they were young while parents talk about where they think the country is going. Haitian President Jovenel Moïse makes an official speech, which is sure to provide talking points and debate long into the night between family and friends. Everyone celebrates and toasts the proud history of Haiti as they also look to the future of the country. No matter where a person may be on the political spectrum, May 18 is a day for all Haitians to remember their history and to honor their flag. 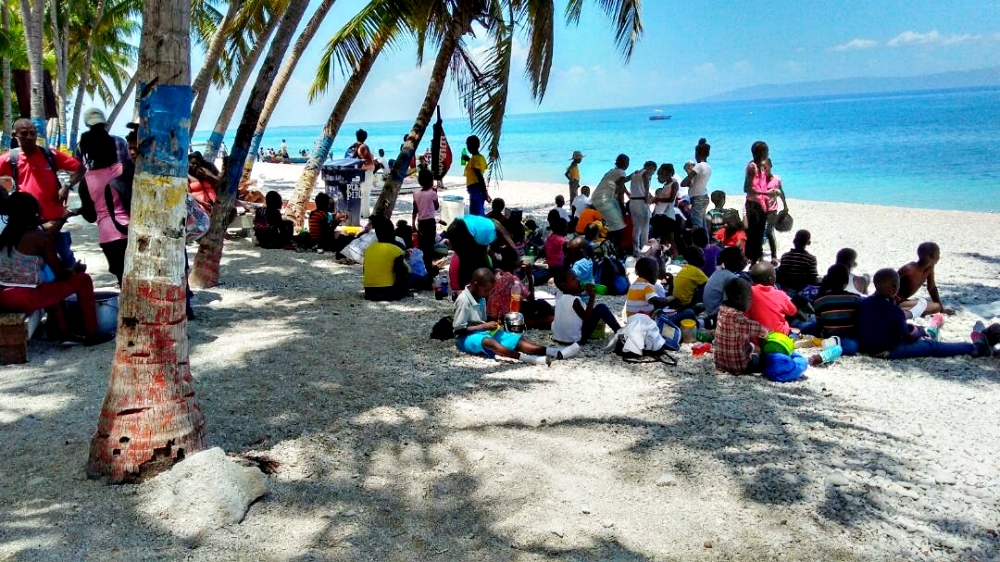 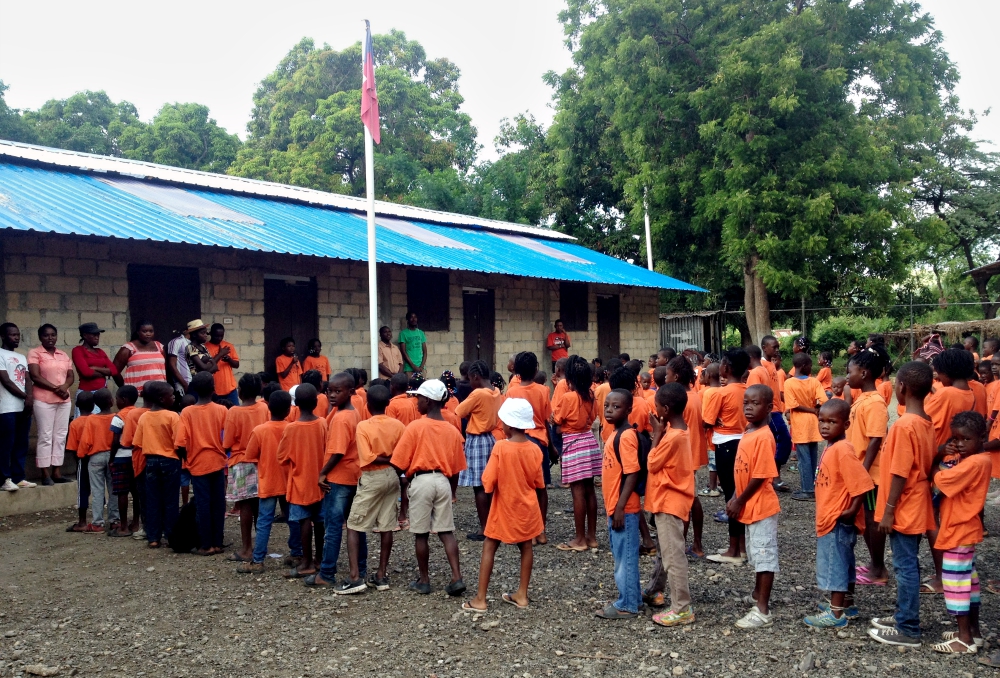 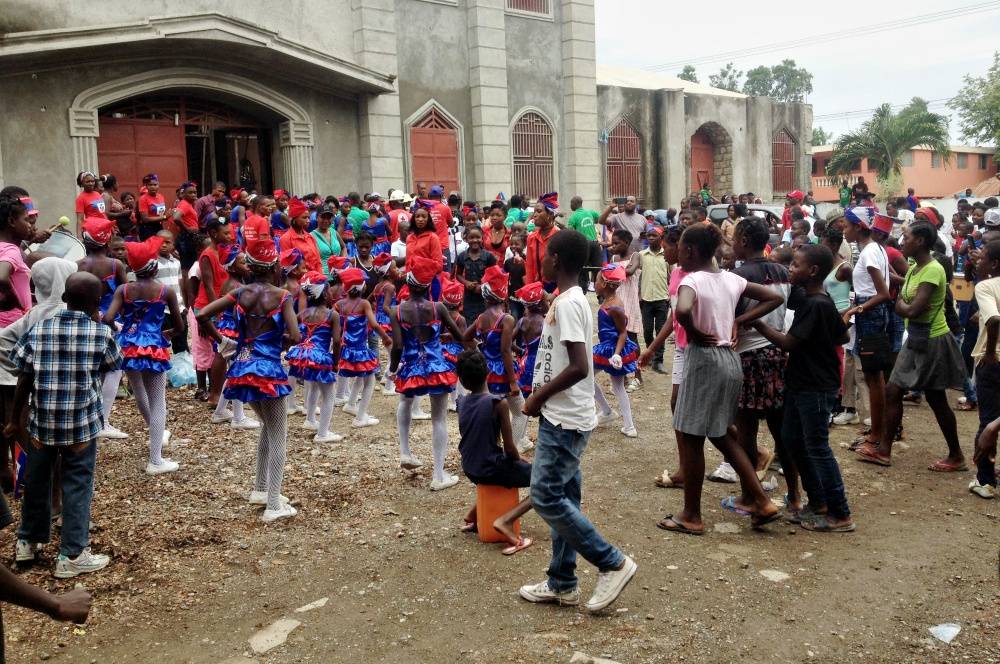 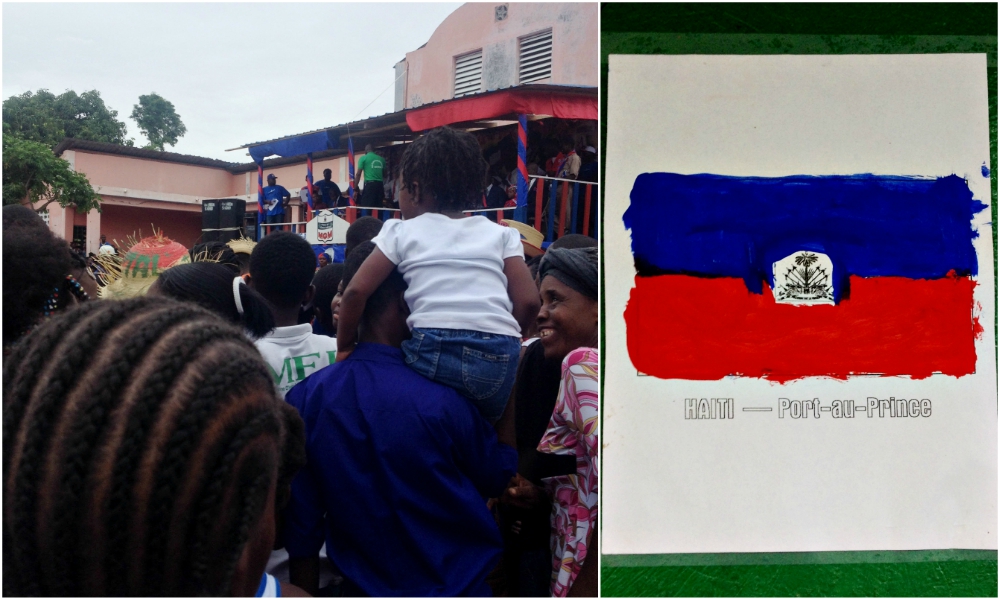