Notes from the Field includes reports from young people volunteering in ministries of Catholic sisters. A partnership with Catholic Volunteer Network, the project began in the summer of 2015. This is our eighth round of bloggers: Sarabella Muise is a Good Shepherd Volunteer in New York City, and Julianna Lewis is a VIDES+USA volunteer who just completed her first assignment in Bogotá, Colombia. She is now in Geneva, Switzerland, at her second placement site with VIDES+USA at the Istituto Internazionale Maria Ausiliatrice Human Rights Office which has special consultative status with the United Nations. This is Julianna's sixth blog post. Read more about her.

After spending three months with the Casa Madre Mazzarello community in Bogotá, Colombia, saying goodbye to the Salesian sisters last month was not easy. What made it particularly hard to leave was that the sisters decided to host a farewell lunch for me the day before I left. The lunch was incredibly thoughtful: the community prepared flowers, a card and serenaded me in song. I was very humbled by these and other acts of thanksgiving.

One sister prepared a poem for me and recited it at lunch. Several other sisters presented me with small mementos, including pocket-size statues of Mary Help of Christians and pins depicting the Holy Spirit and of the founders of the Salesian order. The sisters told me that they did not have much to give but what little they did have they wanted to present to me. Perhaps most touching was that Mass that day was also dedicated with special intention for me. I was extremely moved.

I was also touched that last week because I was able to spend a lot of individual time with each member of the community. It was incredibly beautiful to be present with each of them and spend special time with them – though I was still extremely sad that I had to leave and say goodbye to each of these beautiful Daughters of Mary Help of Christians.

The last three months had been an emotional rollercoaster with many "ups" — wonderful moments such as the ones I shared with the sisters that last week. I also experienced some "downs" and times where I was saddened by the nature of my work. Still, despite these dips in the ride, when I left I felt my heart was full from having shared in the life of this community. I learned so much about patience, trust in God's plan and prayer, and for these lessons I am forever grateful.

After spending Christmas and New Year's with family in the United States, I flew to Geneva, Switzerland, where I began my next placement with VIDES+USA. My volunteer site is the human rights office which represents both IIMA (Istituto Internazionale Maria Ausiliatrice) and VIDES Internazionale (Voluntariato Internazionale Donne, Educazione e Sviluppo) at the United Nations in Geneva. These are both nongovernmental organizations and have special consultative status with the United Nations Economic and Social Council.

The office is housed in Veyrier, Switzerland. There, a community of several Salesian sisters reside, and a number of the sisters work at the nearby primary school called La Salesienne.

Veyrier, with a population of less than 10,000 people, is about 30 minutes from the center of Geneva by bus and is set in a picturesque area on the border with France. Flanked by several rocky mountains on the French side and parks and rivers on the Swiss side, Veyrier is a town with much natural beauty and charm. Even the view from the window in my room boasts a seemingly unreal scenic overlook.

That's the good news. The challenging part is that, for me, a native of the American South, the weather here is excruciatingly cold, fluctuating between the mid-20s and lower 40s. When compared with my last placement site, this makes Bogotá's climate — known for being cool throughout the year — seem like summer.

Still, despite the chilly climate here, the small town is very welcoming and easy to adjust to with its friendly people, pristine nature and peaceful silence. It is a marked contrast to the constant hustle and bustle of the large concrete capital city of Colombia.

I also have a small community to settle in with. In addition to myself, there are two other lay women, from Madagascar and Italy, who are interning at the Human Rights Office. In addition to these women, one other young intern and a woman who serves as the advocacy officer commute to the office every day. Completing the office staff is Sr. Sarah Garcia, who serves as the head of our team.

I spent the first few days at the office becoming orientated about the work of the two NGOs we represent and about the processes, procedures and inner workings of the United Nations. This was a kind of crash course about the U.N., how it is organized, and how our work comes into play. This was quite the learning curve for a first week at the office.

I have been interested in human rights, sustainable development and social justice since becoming involved with Catholic Relief Services Student Ambassadors, a club for which I was on the founding board, while I studied at Tulane University. Coming from a public health and pre-medical background, I realize I have much to learn about the United Nations, particularly in those areas not related to health issues.

So far, the adjustment to my new placement site has not always been easy, due to the many differences I have encountered. The work in Colombia was incredibly hands-on, with assisting the sisters directly every day. By contrast, much of the work here involves sitting behind a computer in the office feeling somewhat detached from the people whom this work is benefiting.

My living situation is also very different; I was the only lay volunteer with a community of 33 sisters in Colombia, whereas here I am living among two other lay women and only four sisters. And unlike in Bogotá, here in Veyrier I am unable to effectively communicate with the sisters due to language barriers: I don't speak French or Italian, the two languages utilized by the religious community here. Still, I am able to have mostly broken but somewhat intelligible short exchanges with the sisters due to the closeness of Italian and Spanish.

But what I miss the most is being able to personally know, see and interact daily with the people I am serving through my work. This is probably the biggest adjustment in my new position. The work in Switzerland is difficult because, unlike caring for a wound where you begin to see healing and progress within days and weeks, here it takes months and years for the recommendations that we submit to be reviewed. Work at the United Nations is really work in increments: it can take years before the work here begins affecting the lives of the people we are trying to help.

Still, although my first week has presented its challenges and adjustments, I am remaining optimistic about the opportunity to do meaningful work at this human rights office and at the United Nations. I look forward to seeing what these next few months will hold for me in this marvelous little nook of Switzerland. 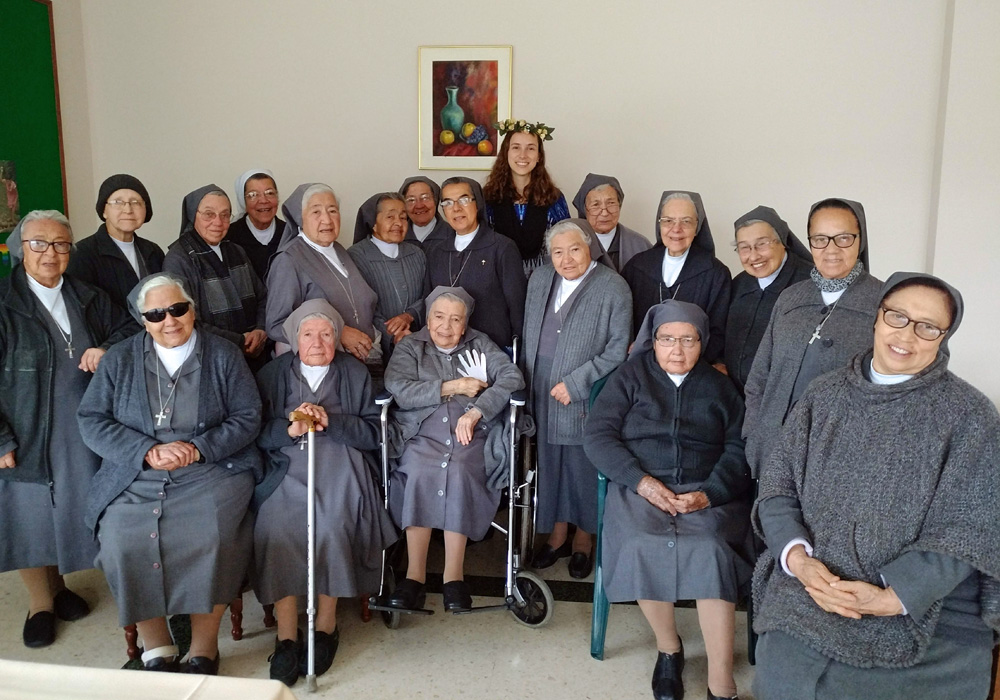 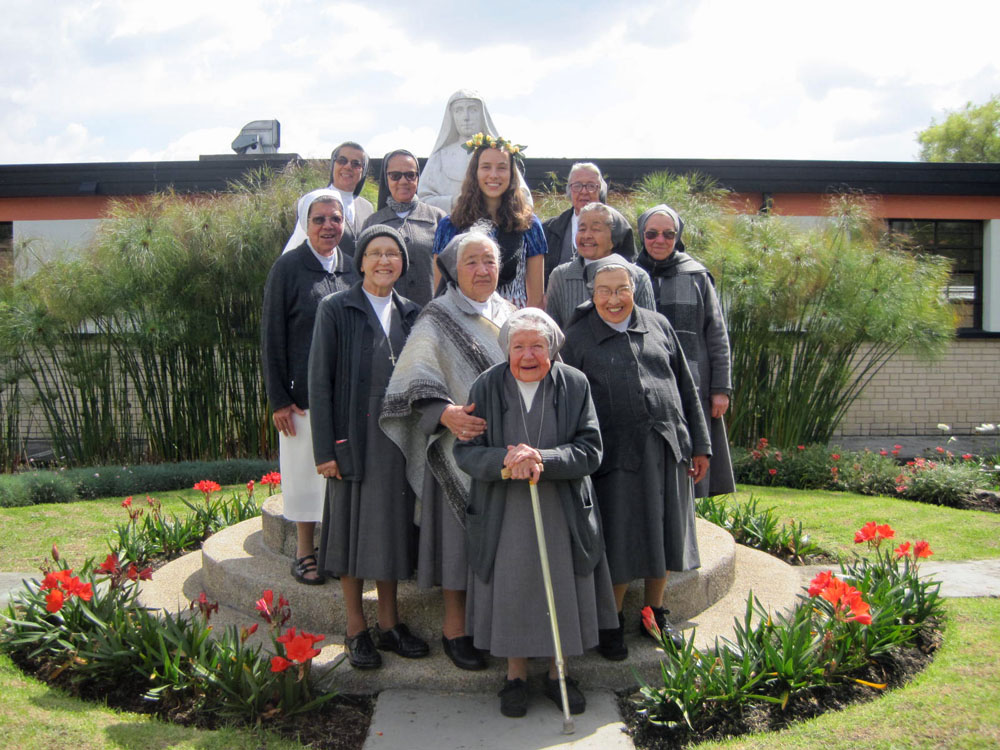 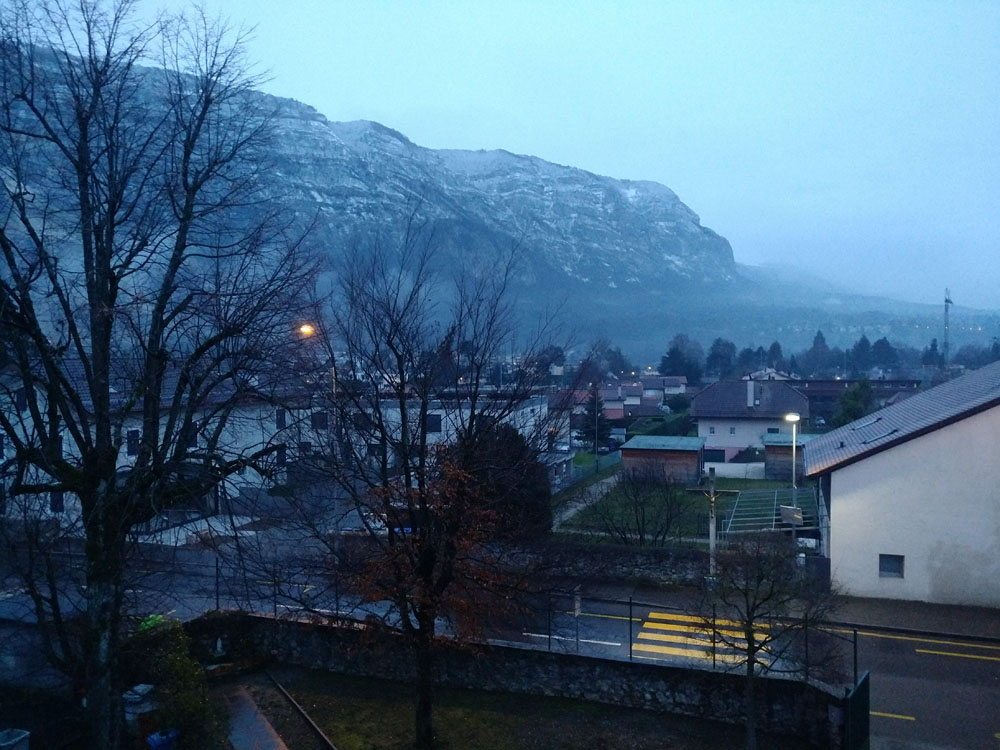