I receive emails, phone calls and letters from National Catholic Reporter readers every day of every week, one of the fringe benefits of being editor. These phone calls and correspondence remind me of the pact we have with readers, the pledge to provide the best reporting, commentary and features we can manage. These communications, even when they are challenging, are a spur to me when I grow tired or dismayed.

In these conversations, I often tell readers that if they are not visiting Global Sisters Report, they are missing some of the best reporting available about the Catholic church's ministry and mission. Regrettably, only a few of those stories get into the pages of NCR, though a number of them are previewed at ncronline.org.

The project officially began in September 2013. The website was launched in April 2014. The early work of Global Sisters Report was guided by Tom Fox, then NCR publisher, and Mary Lou Nolan, a veteran of daily newspaper journalism.

Hired as editor in January 2014, Nolan built the team that built Global Sisters Report. We are exceedingly proud of the work she did, and I am personally grateful for her example to me of professionalism and dedication. Nolan retired in January, and she will be missed.

A new editor has been hired for Global Sisters Report: Gail DeGeorge, another veteran journalist who had already contributed a few freelance stories to NCR. DeGeorge comes to Global Sisters Report from Bloomberg News in Washington, D.C., where she was an enterprise editor and responsible for a global column on labor market issues.

She's spent most of her career in South Florida, where she was the business editor at the Sun-Sentinel in Fort Lauderdale, bureau chief at BusinessWeek and a reporter at The Miami Herald.

She is originally from the Detroit area, where she grew up on a street named Lois Lane, which she jokes means she was destined to be a journalist.

DeGeorge will split her time between Kansas City, Missouri, and the D.C. area. She will work with the staff and freelancers of Global Sisters Report to fulfill its mission to highlight the work the sisters are called to do.

"I am so happy to use my journalism skills and experience to tell the story of women religious who are living out the Gospel in such amazing ways," DeGeorge told me. "They are the face of the church for so many, the hands and feet of Christ in action."

[Dennis Coday is editor of National Catholic Reporter. His email address is dcoday@ncronline.org. Follow him on Twitter: @dcoday.] 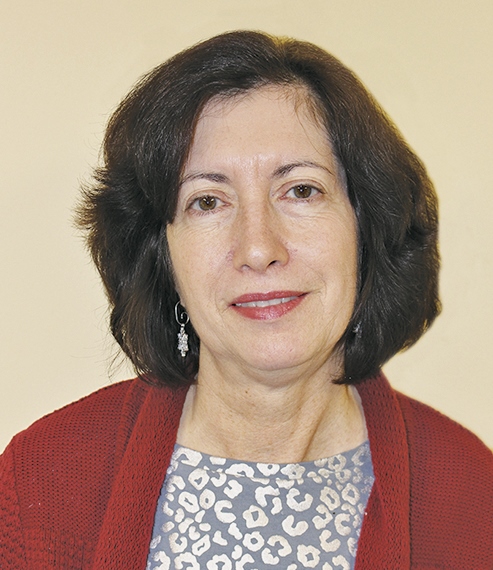