After a short pause following the graduation of our seniors, San Francisco’s Immaculate Conception Academy is populated with students again this week as we begin our summer school classes.

In addition to meeting the incoming freshmen for prep courses, I have gotten the chance to talk to several of the students that I taught in my study skills class during the school year, who are here to make up credits.

I am glad to see one student in particular – I will call her Lena – because it means she is planning on returning next year.

Lena had one of the more dominant personalities in my class. Her presence set the tone for the classroom environment, and when she did not want to cooperate, it tended to bring out the uncooperative side in the other girls, too.

Lena has been one of the more frustrating cases for me, because, while she is clearly very intelligent, something causes her to be obstinate and unwilling to acknowledge her own potential. Because of this, she has become almost a personal cause for me. It would be such a triumph to see her graduate and go on to a successful life.

Toward the beginning of the year, an incident happened in Lena’s life that she would often bring up when she did not feel like doing her schoolwork. Apparently, Lena had gotten into a back-and-forth with some older girl, a college student charged with tutoring her, and this college student had told Lena that it didn’t matter what she did or how hard she worked, her life was predictable because of her background and demographics. She was going to do the predictable thing and drop out of high school.

I am of course sickened that someone would make this kind of comment to an impressionable teenager, but I would like to give this person the benefit of the doubt and assume that she was trying to challenge Lena, to make her want to do well as a counter-reaction. Lena does seem to enjoy challenging what is said by teachers and authorities, but this interaction had clearly had the opposite effect. Lena always acted flip when she mentioned it, saying things like, “Well, it doesn’t matter if I do my homework or not. I’m just going to drop out anyway.” She tried to play it off like it didn’t bother her, but she brought it up so frequently; it clearly had upset her.

It seemed that nothing I said to Lena about this event could truly get through to her. At least nothing would be as penetrating as the negative comment that had stuck in Lena’s mind as the last word on the subject. Lena did not seem to understand that she was already doing the unpredictable by taking the opportunity to come to Immaculate Conception Academy, entering a corporate workplace environment and, if she put her mind to it, succeeding in a college prep curriculum.

The girls here are truly unusual. They defy the norm. They have the power to bring about real transformation, changing the makeup of who succeeds in our country, in our colleges and universities, and in the workplace. Some students understand that and own it; others, like Lena, have a more difficult time grasping it.

If my experience as a Dominican volunteer here this year has taught me anything, it is that social change takes place from the inside out, in the formation and transformation of individuals. Change cannot be manufactured, but it must begin within each student, with Lena and each of her classmates.

I remember the fall of my last year of college when I was first reading about the school and the Cristo Rey school model. I was amazed at how many different aspects of it resonated with me. It was like seeing the blueprints for a machine designed to produce all of the changes that I wanted to see in our culture and society.

What fascinated me at the time was the clean and functional nature of the system. Educational equality and college access were the causes that were foremost in my mind when I was seeking out social justice- and faith-based volunteer opportunities, and the Cristo Rey school model interested me because it was innovative and elegant and led to a desired outcome.

But the real joy of service is not in seeing any particular outcome; it is in being a part of a shared journey, witnessing and participating in an individual’s growth and advancement. A school is not a machine or a social program, and it doesn’t need to be. Real change comes from the presence in the world of transformed individuals, like an Immaculate Conception Academy girl who has taken her school and work opportunities seriously, and through that has come to understand her purpose and live it out.

That is why I hope to see Lena grow and transform during her time here. Along with her classmates, she has the opportunity to do something unpredictable, to become a powerful force for positive change. I see that potential in her, and I hope that she can come to see it in herself. 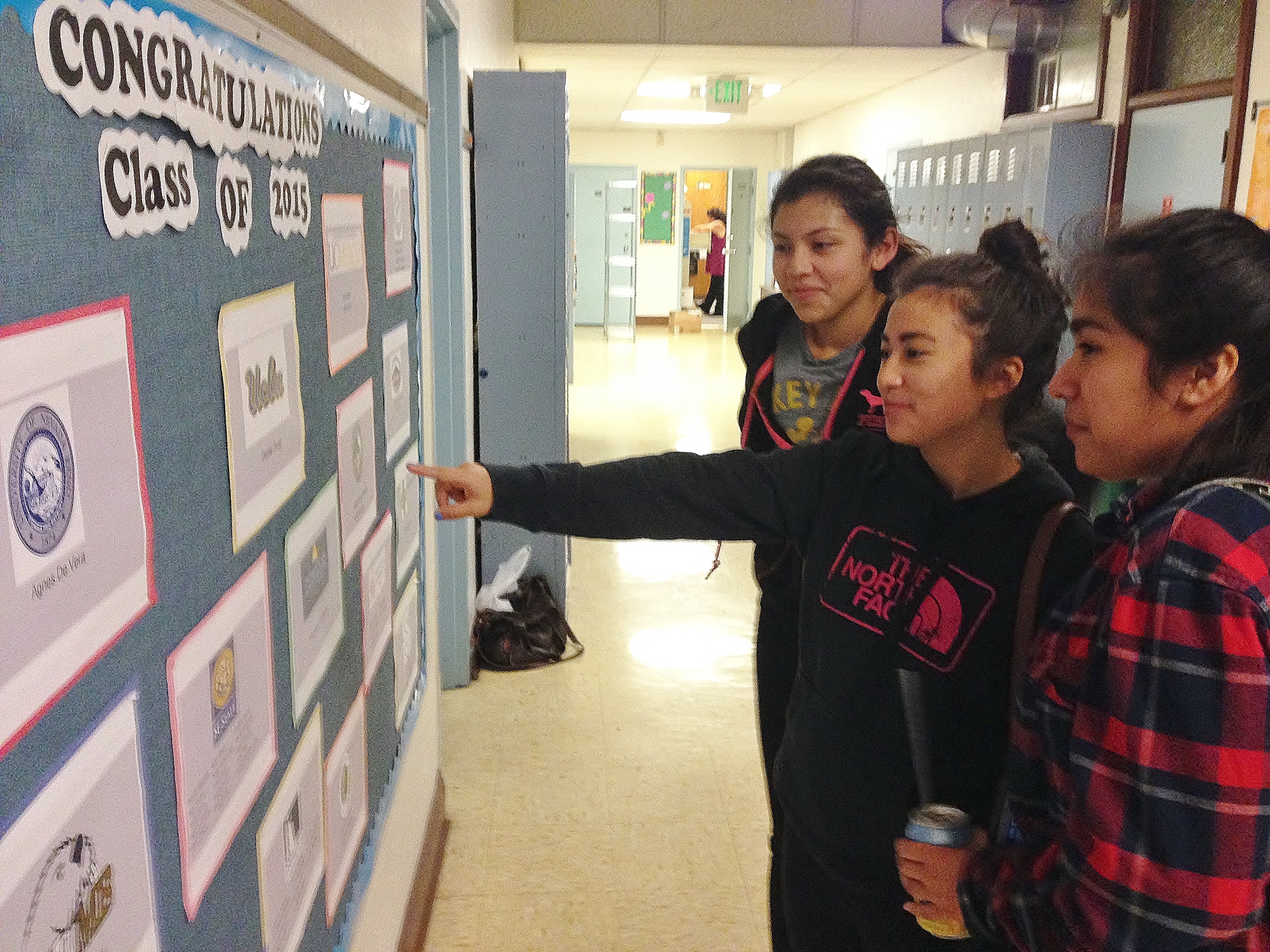 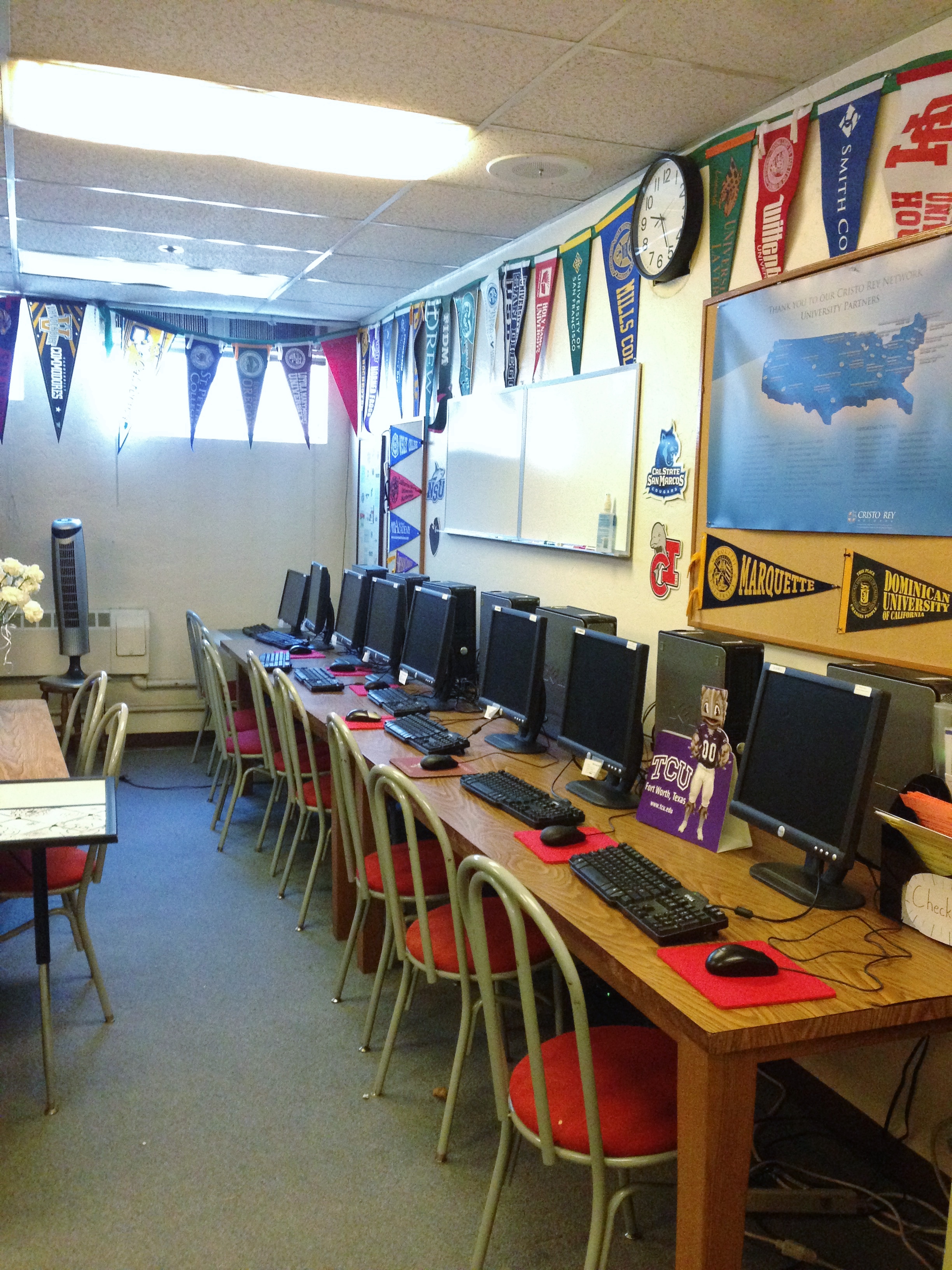