by Mary Clare Mazzocchi
This article appears in the Notes from the Field feature series. View the full series. 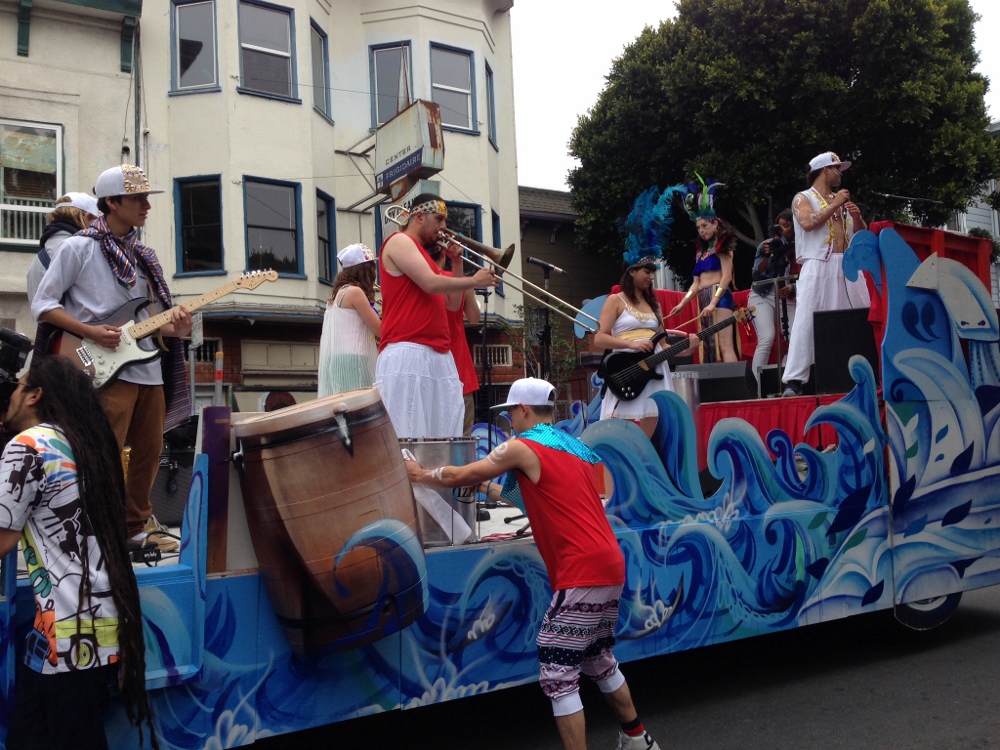 San Francisco, California — From Global Sisters Report: Notes from the Field is our summer blogging project. Working with the Catholic Volunteer Network, we’ve enlisted four young women working in ministries of Catholic sisters around the world – Honduras, Thailand, Ethiopia and the United States – to blog about their experiences.

In the last week of May, the residents of San Francisco’s Mission District gathered to celebrate Carnaval, an annual festival displaying performances from the neighborhood’s many Latin American cultural groups. This year’s theme was Agua Sagrada – Sacred Water. The theme was chosen in reference to the severe drought affecting California.

I attended the Sunday parade in support of a few of my students who participated in various carnival blocks. The music and dancing were lively, and the costumes were bright in contrast to the gray morning, but I was moved each time a passing float or a dancer’s costume reflected the water theme. It felt poignant and human to have a festival in celebration of a vital resource our community so desperately needs.

That morning, like most mornings in San Francisco, a heavy fog hung in the air. The city is often shrouded in mist, but the mist hardly ever breaks into a decent rain. This is typical for the Bay Area, but the severe lack of rain in the surrounding state is not typical.

This year, California enters its fourth year of severe drought. Reservoirs across the state have dropped to unprecedentedly low levels, while the acreage of land destroyed by wildfires has increased. Produce prices have risen, and workers in agriculture, irrigation, and food safety – to name a few industries that depend on the use of water – have faced unemployment and job insecurity. The state has recently instituted a mandatory 25 percent reduction in water use for all California residents.

This week, we will read a new encyclical from Pope Francis on the topics of Earth’s resources and environmental justice. His exhortation will undoubtedly appeal to our sense of justice and moral understanding, as do the heart-rending images of dying fields and shrinking reservoirs throughout our state. Seeing the effects of the drought lends urgency to the age-old need to reverence water as a universal element of life and pay careful attention to our use of it.

As the ads in buses and subway cars said in the weeks preceding Carnaval: Cada gota cuenta. Every drop counts.

Living this year in Immaculate Conception Priory, a community of Dominican sisters, I have learned a great deal about how the national Dominican order approaches the promotion and practice of social justice.

In discussing the way our community will respond to the drought, the sisters have told me that the national Dominican Leadership Conference, represented in an NGO within the United Nations, has long emphasized the importance of eco-justice in connecting many of the major social justice issues facing our country. 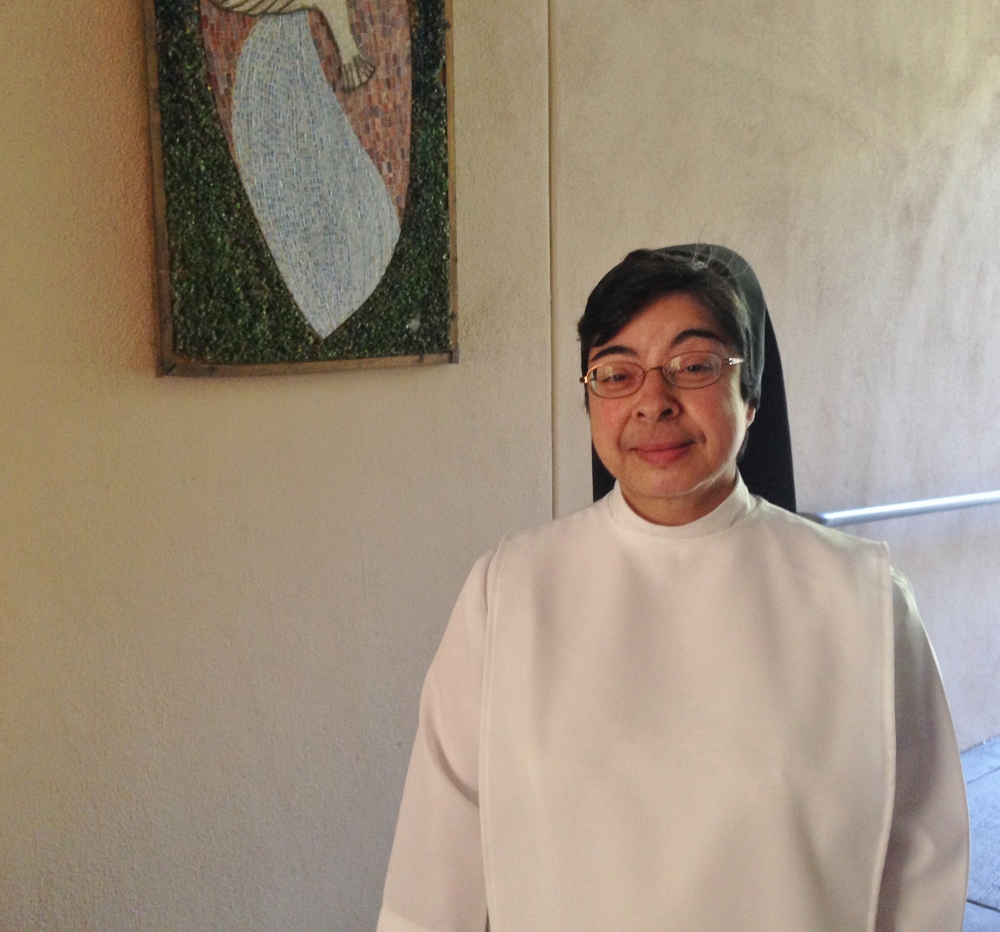 In the Dominican Call to Justice, a document put forth by the North American Dominican Justice Promoters, climate justice is listed first in the series of issues to which congregations across the country should turn their attention.

“During the last few years, the Mission San Jose Dominicans have chosen care of the environment as a particular focus,” says Sr. Lisa Ann Martinez the social justice promoter at Immaculate Conception Priory. “Living in California during the current drought has made water usage and conservation a crucial priority.”

A conscientious approach to the use of Earth’s resources, the sisters believe, will help promote a more general understanding of human interdependency and worldwide community.

“We cherish this legacy for the sake of those who will come after us.”

So the community has taken steps to ensure that the way we live corresponds with the dire need of the city and state that surrounds us.

After a community meeting on the topic, the sisters came up with several actions that we could each take to reduce the use of water in the priory, and for the past few weeks the sisters have encouraged each other to stick to the new regimen.

The actions that the community has taken toward water reduction are simple: catching shower water and reusing it for lawn care or plumbing, washing dishes in a single large bowl rather than allowing the water to run, doing laundry less often, and limiting the watering of our grass and garden.

“Reducing, re-using and recycling have become a regular pattern of life,” Sr. Lisa Ann says. “As has often been said, we live simply so that others can simply live.”

Though seemingly modest, the steps they have taken are important.

I connect our simple community actions to another expressly Dominican concept that I have been exposed to this year: a concept called “the holy preaching.”

The Dominican order is also called the Order of Preachers, and the sisters’ mode of preaching manifests in many ways. Though the order has a long history of verbal preaching and artistic expression, the holy preaching describes preaching through action. A sister’s life is itself a message.

Like many of the issues that sisters face in their ministries, the drought is a much wider problem than any one person or community can address. But the sisters’ holy preaching sends the message that an individual can and should take action. 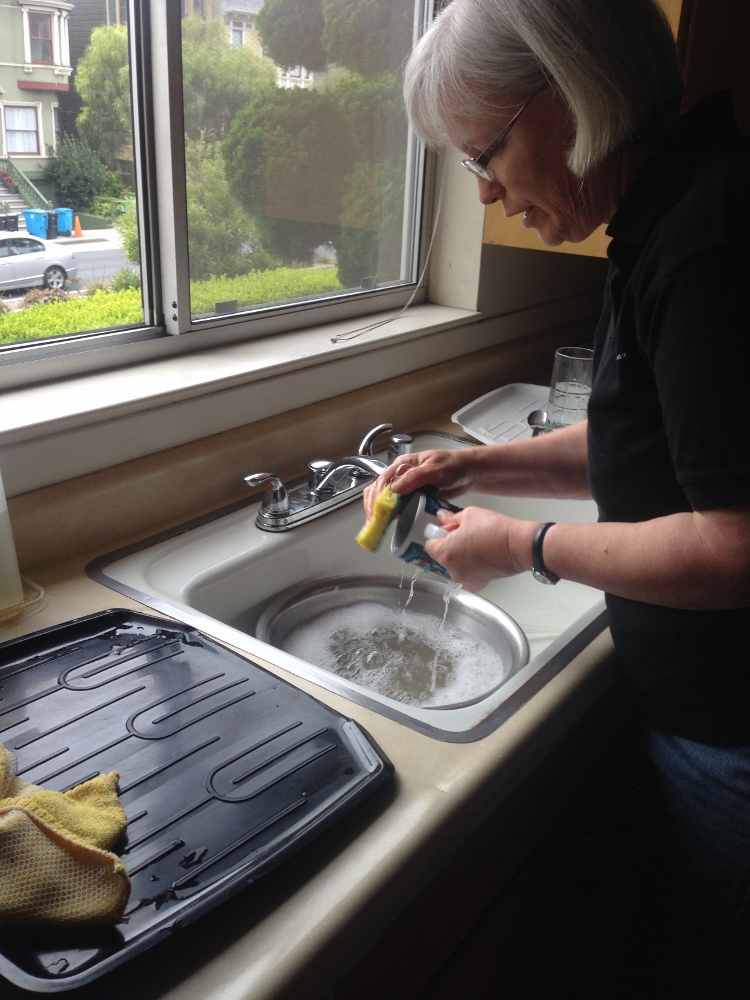 Sisters at Immaculate Conception Priory have made a new effort to use water carefully in their daily life. (Mary Clare Mazzocchi)

As one of our sisters recently reminded us in a community meeting, “Charity begins at home.” Justice, too, begins at home. Widespread change begins with intentional, individual action.

In the case of water conservation, we cannot help collectively unless we each do our part individually. The sisters have recognized that and responded with individual and community initiative. Like the multiplication of loaves and fishes that began with one small act of giving, the sisters’ holy preaching of self-sacrifice will sow the seeds for the collective effort needed to move toward ecological health and justice in our city, our country, and our world.