I’ve had the pleasure to spend time with the Dominican Sisters of San Rafael, California, several times in the past several years. It works out well personally because I have five young grandchildren living in San Francisco, just 40 minutes away by car on the southern side of the Golden Gate Bridge.

Last Thursday I returned to San Rafael, spending time with the Lourdes community, older sisters who spend most of their time on the Dominican sisters’ grounds. I also spoke before the community and a gathering of some of their friends, offering an assessment of religious life today.

A few of my remarks:

Women religious communities within our church today are among the most open of all the institutional church structures. They are vital models, examples for the rest of the institution.

Looking back five decades, we well know that following the Second Vatican Council women religious took council renewal seriously. Congregations, as we know, re-examined their charisms and missions in a process that led to the writing of new Constitutions. Often this work took many years. It was hard work, but in the end it proved to be a life-giving process, spawning new energy and direction. This work generally shared three characteristics: 1, Congregation structures moved away from more traditional hierarchical models into shared leadership; 2. Congregations reconnected with their original missions to find renewed energy and purpose; and 3. Congregations committed themselves to gospel-based service.

This spirit of renewal continued to develop in communities over time.

By contrast, the Catholic episcopal hierarchy rejected structural reform. The clearest sign of this rejection was the decision by Pope Paul VI to taken discussion of optional celibacy off the council and post-council agenda. In 1994 Pope John Paul II put an end to all discussions of women’s ordination in an edict forbidding it under pain of excommunication. While the Vatican Council ushered in a decade of widespread renewal in the church, there was no move to re-examine the exclusively male, celibate clerical structure. In my opinion, this has debilitated the church, cutting off half the church to top leadership.

Keep in mind, issues of ordination aside, there are no theological issues forbidding change in the current linkage between ordination to the priesthood and church governance. My point is that while we now know that change and evolution is the process of creation, and that “open” systems have a better survival chance than “closed” systems, our current church governance model remains “closed,” inflexible, impregnable to vast societal and cultural shifts in the 20th and 21st centuries. I think this makes the modeling of women religious communities and the feminine insights they hold all the more important for the future of the church.

The California Dominicans trace their North American routes to a Dominican Friar who, as the newly named Bishop of California in 1850, traveled to Europe to invite religious women to return with him to the still very young California to provide Catholic education for young women. It was during the days of the Gold Rush and California was being described then as “very wild” and “uncivilized.” You had to believe those words were largely true.

It was a Belgian Dominican novice, Sister Mary of the Cross Goemaere, who volunteered to accompany him back to San Francisco, returning in December 1850.

In spring 1851, Sister Mary settled in Monterey, becoming prioress of the first group of women religious in the new state. She opened a Catholic school for girls, Santa Catalina, with the financial help of local residents and the bishop of California.

That was the start.

The sisters have operated and taught in elementary and secondary schools in California and Nevada for a century and a half. But they entered the field of health care at the close of the 19th century and then a new Dominican College of San Rafael, which also included a convent, novitiate, and the upper and lower schools for girls.

Today Dominican University of California continues to operate as an independent, co-educational, liberal arts university with both undergraduate and graduate programs and the Dominican Sisters of San Rafael teach, administer schools, care for the sick, work with the materially poor, do social service, missionary work, and are engaged in a variety of other ministries.

At its height in 1965, the congregation numbered 376 women religious. Presently we are 101 sisters who continue to minister primarily in California and Nevada.

It is impressing to spend time among these forward-thinking sisters. They are very attuned to the changes in society and culture and have responded diligently with expanding commitments to caring for the environment and preaching care for the planet. These activities, in turn, have been wrapped in a deep, even mystical, sense of the power of the Spirit contained in the New Cosmology, which, in fact, is not new. Only our awareness of the Cosmology is new with advances in science in the last 100 years. So once again, as has been the case so often before, I find women working on the frontiers of thought and mission. Open, intelligent, committed, they are doing terrific work. Sister Mary of the Cross Goemaere would be proud. 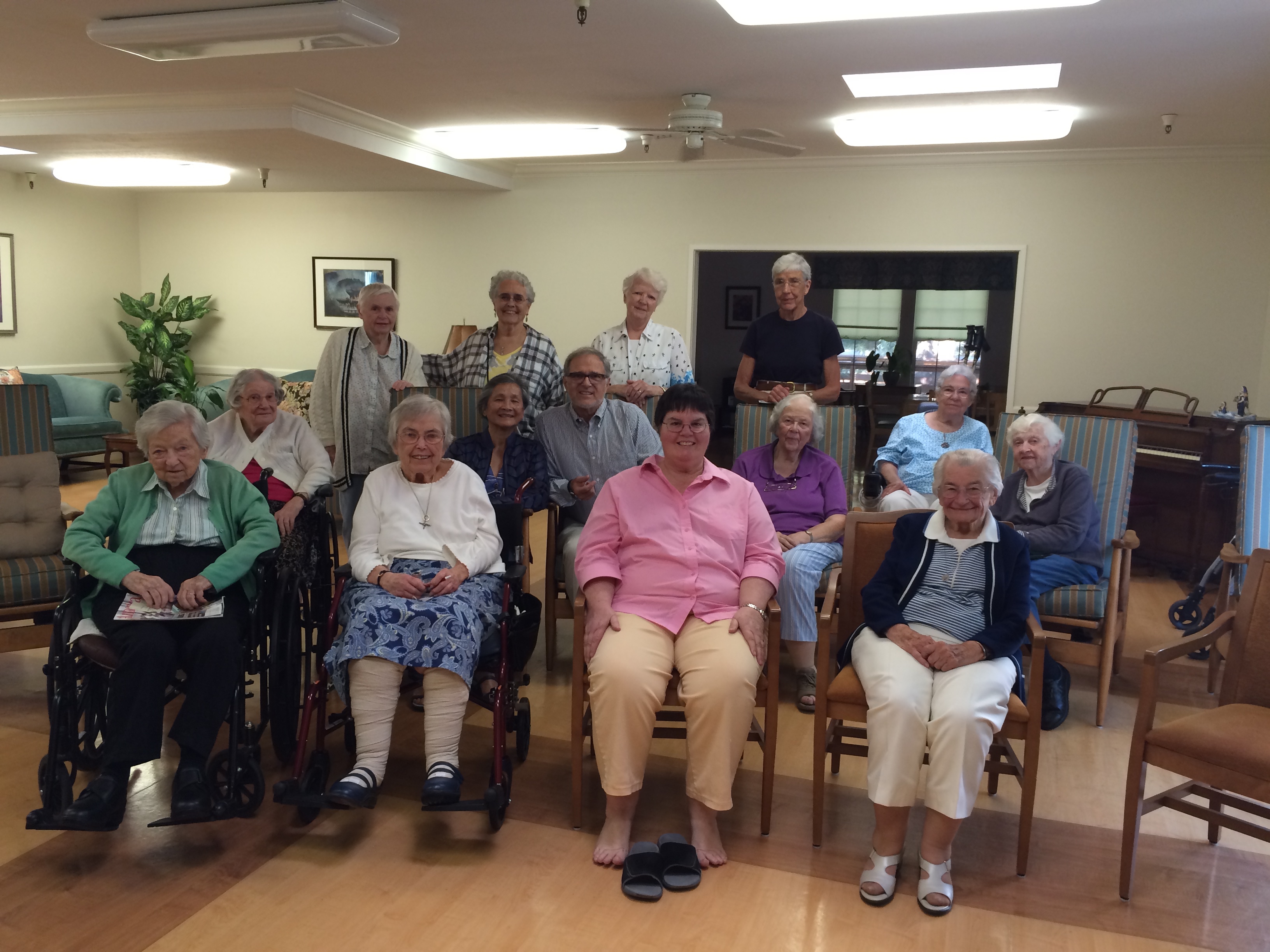