by Kerry DiNardo
This article appears in the Notes from the Field feature series. View the full series. 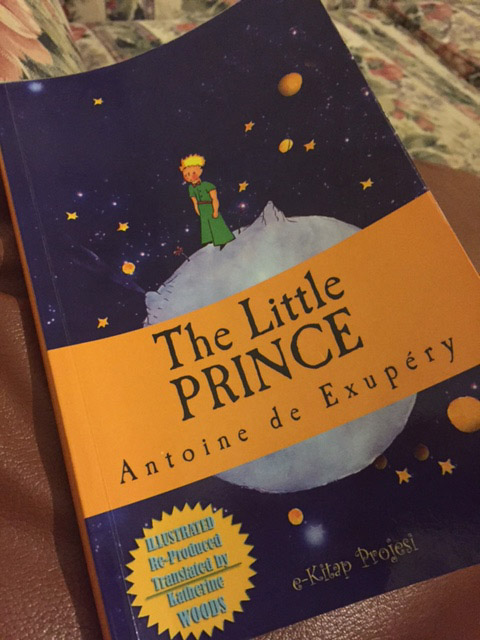 Boston, Massachusetts — Notes from the Field includes reports from young women volunteering in ministries of Catholic sisters. A partnership with Catholic Volunteer Network, the project began in the summer of 2015 This is our third round of bloggers: Brenna Neimanis is a Good Shepherd Volunteer at a juvenile justice residential detention facility serving adolescent girls in Brooklyn, N.Y., and Kerry DiNardo is a Notre Dame Mission Volunteer AmeriCorps member serving at a Cristo Rey school in Boston.

Over the summer, the staff, faculty and incoming freshman class at Cristo Rey Boston High School read The Little Prince by Antoine de Saint-Exupéry as a collective summer reading assignment. It was the first time I read the novella, and it really struck me, especially considering my current volunteer position working with young people.

For those not familiar with the story, the narrator, a pilot, crashes his plane on an island. There, he meets a little prince, whose journeys we are told throughout the story. The little prince falls in love with a precious rose, whom he cares for deeply, but decides to leave her once she lies to him. He meets many vain grown-ups along the way: a king, a conceited man, a drunkard, a businessman, a lamplighter, and a geographer. All of these narrow-minded adults do not impress the little prince at all. Eventually, though, the little prince meets a fox.

A particular line from the novel that stands out to me is when the fox asks the little prince to "tame" him. The fox explains that "to tame" means "to establish ties." The little prince responds, "I want to, very much ... but I have not much time. I have friends to discover, and a great many things to understand." In the end, however, the little prince ended up taming the fox — showing up at the same time every day to prove his loyalty. 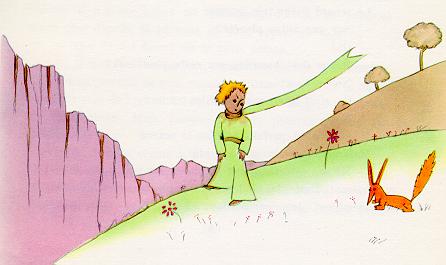 Artwork from Chapter 21 of 'The Little Prince': 'the little prince befriends the fox' (http://www.angelfire.com/hi/littleprince/framechapter21.html)

What differentiates this interaction from my interactions with my students is that the fox asks explicitly for the little prince to tame him, but my students ask for this relationship not so explicitly. The subtle ways students have of asking us adults to tame them are not always the prettiest. This makes it a lot easier for me to emulate the little prince's response: I don't have time. I need to remind myself of what the fox says when he and the little prince are parting: "It is only with the heart that one can see rightly; what is essential is invisible to the eye."

For the first couple of months at the school, I just had to prove to my students that I would be there every day for them. I had to earn their trust. It is then I could begin, as the fox said, seeing with my heart — seeing past the fronts students put up and recognizing their best and truest selves.

About a month ago, to round out the experience of reading The Little Prince for the freshmen, we took them on their second retreat of the year. The first retreat, held in September, was centered on getting comfortable with one another and the school culture, while the second retreat's theme was the idea of taming that comes from The Little Prince.

By this point in the school year, not only have the students established ties with their peers, but — whether or not they realized it at the time of the retreat — with the adults in the building, as well.

One of the adults began the day by speaking to the students about the important role each of them plays in the everyday livelihood of our school. Then, everyone broke into small groups of about 12 students and one adult. It was here the students began to speak about their place in the school, and then they received letters from adults in the building who felt compelled to write to them, reiterating what importance they have to the school and the connection they feel to specific students.

After the students wrote back to whomever they wanted to, we all headed out for an afternoon of pizza and ice skating. It was the perfect cap to the day. While many of the students were a bit hesitant at first, they were eventually cajoled to show their vulnerabilities in doing something they've never done before and weren't particularly skilled at. Some students even felt confident enough to try dancing to the music playing on the speakers while skating (which did result in a few falls).

A particularly adorable moment occurred after one of the students was out on the ice just a few minutes, then headed off after having some trouble on the skates — clinging to the wall and falling a few times. His skates were way too loose to allow him to skate successfully. After sitting down on a bench, he asked one of the teachers for some help, and he said to her, "Ice skating is like a metaphor for Cristo Rey. You fall down, and then someone helps you and tightens up the situation. Then you can get back up and try again." He then got back on the ice for over an hour! 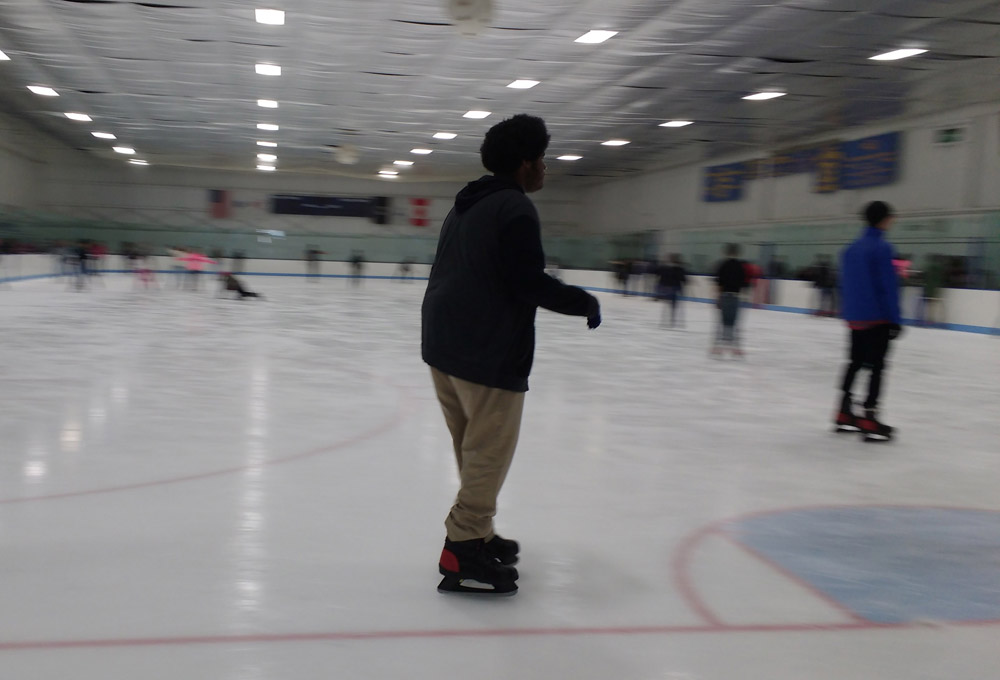 One of our students gets back on the ice after a little difficulty. (Carrie Wagner)

It was during this day when the students were able to see what importance they have in the Cristo Rey Boston community and could feel the love and connection from adults in the building, thanks to a little help from The Little Prince.

For me, it was a beautiful reminder that as time goes on, students and adults feel more and more comfortable to show their truest selves. It is in these moments we need to step back and remind ourselves that the more time we spend with each other, the more we belong to each other. This requires a heightened recognition to the concept of seeing with our hearts.

[Kerry DiNardo is a Notre Dame Mission Volunteer AmeriCorps member in her second year of service at Cristo Rey Boston High School, where she works in the Student Life Office.]

Saying goodbye to Cristo Rey and my year of service