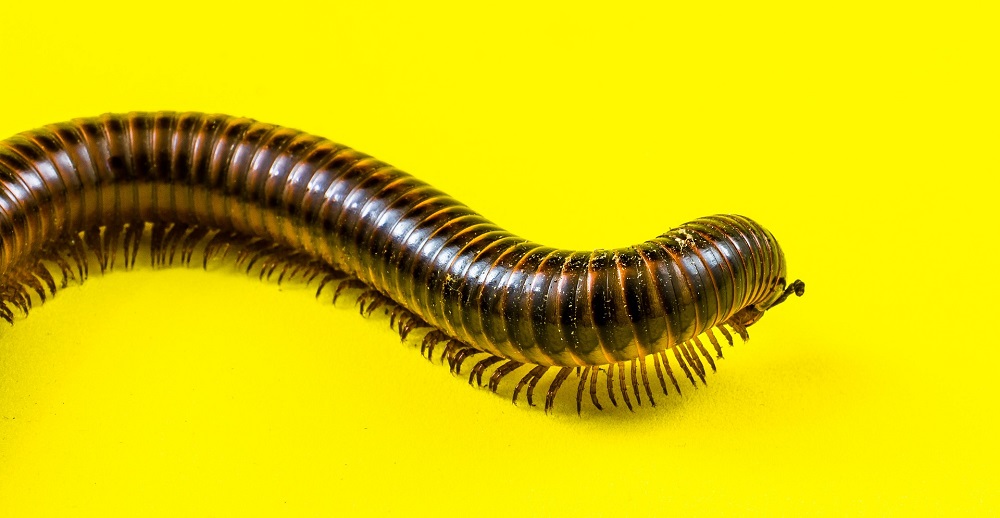 (Image by Josch13 from Pixabay)

I imagine most people, when they pray that psalm, just mentally skip over the "creeping things" and delight in the beasts (mostly the cuddly mammals) and the beautiful birds. Too bad, as there are more "creeping things" than anything else in this world. But maybe they are just too creepy.

Well, if you can put aside your mammalian prejudice for a bit, I want to apply a "creepy thing" lesson to some important questions: How long will religious life last? Will we recognize it in 500 years? Will my individual religious congregation go on as it is?

I was reading Sue Hubbell's book Waiting for Aphrodite and became especially intrigued with a chapter on millipedes; you know, those thousand-leggers that look a little bit like an earthworm with a hard shell with two legs coming out of each segment? (They are actually arthropods, related to insects and crabs.) You might have seen them on the forest floor, doing their job of recycling dead leaves, or in the kitchen of your summer cabin. Eek.

Millipedes deserve our respect; they have been around for more than 425 million years. From the standpoint of evolutionary longevity, they are surely one of the most successful animals on Earth. As a group, they have survived mass extinctions that killed off dominant organisms like trilobites and dinosaurs.

And their record is especially remarkable, Hubbell notes, since "paleozoologists estimate that more than 95% of all species that have ever appeared on this planet are now extinct."

Will our smaller individual religious community groups last for millennia? I don't think it's likely. The millipede that wandered into your kitchen is not the exact species that lived with the dinosaurs because species come and go. But the larger group as a whole goes on.

Our larger "charism groups" are likely to persist in some form for a long time. I am comforted by the church's assurance that our particular community charisms are gifts from God to the church. A small reference in Lumen Gentium about the evangelical counsels led to extensive development of the idea of "gift" in Perfectae Caritatis and Evangelica Testificatio.

So is God going to decide to take the gift back? Not the God I serve. It may seem to go underground for a while, but it will be back in some form.

And the even larger group is even more likely to go on. You don't need an evolutionary biologist to predict that religious life as a whole will persist in some form. It may not be the same species, but it will be recognizable. You would still recognize a fossil millipede as a millipede, though it might be a giant compared to the modern ones!

In her book Religious Life at the Crossroads, St. Joseph Sr. Amy Hereford assures us:

The day is finally dawning, and the form is beginning to emerge in our spirits, imaginations, and conversations. The re-invention of religious life for today is a renewed commitment to the choice of radical Christian community that inspired, attracted, and sustained the religious of every age ... Jesus is the foundation, the Gospel is the task, and community is the process. In small local communities we can share life that is undifferentiated, immediate, and egalitarian. These communities can network to share services, while affording each community the freedom and versatility to adapt to its local reality. Resisting the drive toward centralization, they can become circles of Gospel living, peace, and justice. They can become mystics and prophets in a world desperately in need of them.

With Jesus as the foundation, the Gospel as the task, and community as the process, I think we are safe for a few millennia.

Have you been inspired by a good book lately? You can share some reflections on it in Global Sisters Report. Contact Sr. Michele Morek at mmorek@ncronline.org.

Seeing with the eyes of the saints

Settling in to discern with Franciscan Sisters in Pittsburgh

We are endangered species, but Franciscan values could save us