Bread from the homeless

This article appears in the Lent 2018 feature series. View the full series. 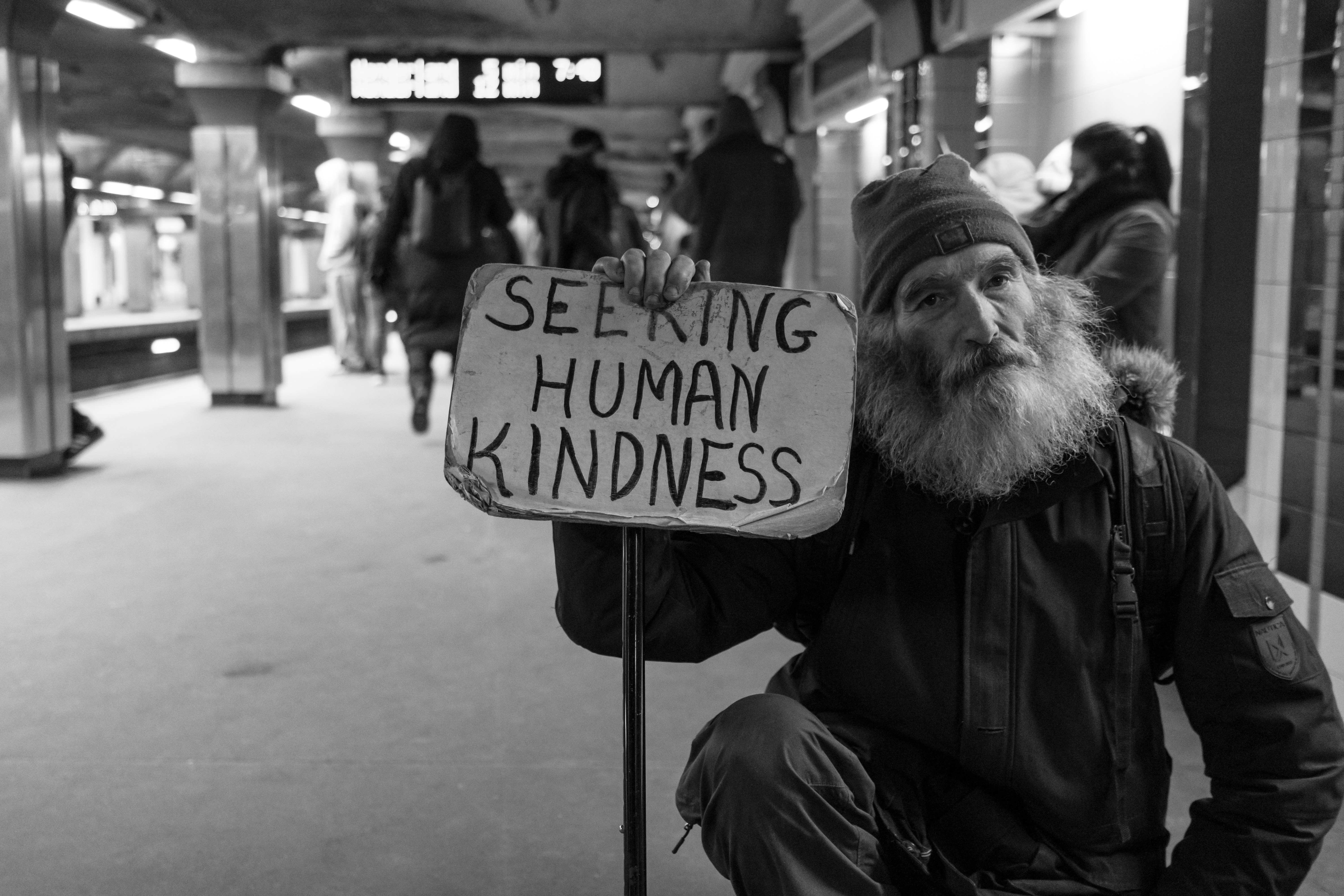 (Photo by Matt Collamer on Unsplash)

Every time I start thinking I am a pretty good person, I get a little note from the Spirit reminding me I have a long way to go.

The notes are usually delivered by unexpected people, often the "despised and forsaken." One of the most powerful was delivered by my Bread Woman.

I was new to the congregational leadership team and hurrying to the motherhouse chapel for prayers. I didn't want to be late — after all, I was on the leadership team! A woman and several children drove up in a shabby old car, blocking my progress. She asked if she could have some gas and some food.

I stuttered around for a while because I didn't know how they handled things like this at the motherhouse, but eventually, I did manage to meet her needs. But in the process, I was less than gracious, and I'm sure I let her know this was an inconvenience for me. After all, I was on the way to prayers!

Getting to chapel just a little late, I was stunned to hear that the theme of the prayer service was "bread." The memory of the woman and how I treated her haunted me throughout the service. I felt so ashamed that I had not recognized the face of Jesus behind the careworn face of my Bread Woman.

These many years later, I still blush from the memory. I told the story to a spiritual director, who helped me see that my Bread Woman was a real gift, the kind that can change your life.

When I moved to New York City, my notes from the Spirit were usually delivered by homeless people, with whom I had a complicated on-and-off relationship. I would settle on a satisfying strategy of how to interact with them — satisfying to me, anyway — and use it for a while.

My motto was, "As long as I play by my rules, it's enough." And God replied each time, "It's never enough!"

I saved all my change for the street people. First, I tried giving a few coins to everyone, and when the coins were gone, that was it; my obligations were fulfilled. I could ignore the rest. Then I would give all my change to the first person who met my (admittedly subjective and fickle) criteria as "worthy." For a while, I gave out breakfast bars instead of money. The strategies never worked for long; there was always a problem.

Finally, as I was hurrying home one evening, I saw a very tall, muscular homeless man out of the corner of my eye. He yelled after me. I was the only one on the street, it was dark, and I was a little afraid of him. I pretended not to hear and hurried on. Then he delivered my note from the Spirit.

"I hate it when they do that," he yelled at my back. "They just ignore you and pretend you aren't there."

Wow. That was more than a note. My Fierce Man delivered a double whammy! And he changed my strategy forever. From then on, I tried to acknowledge the presence of each street person I met with a smile or a "God bless you," even if I had no change. If I apologized for having no change, invariably they would reply graciously, "That's all right," and thank me for stopping to speak.

I didn't always follow my own rules, but at least I was given the grace to feel guilty after the encounters where I failed the test.

For some reason, most of those experiences of failure happened right at the beginning of Lent or Advent, just when I needed to be reminded that I am a sinner. To paraphrase Desmond Tutu: Your messengers from God "are God's gift to you, as you are to them."

And in gratitude to my Bread Woman and my Fierce Man, I promise never to turn my face again.

Do you have a great story about something that changed your life? We are always glad to have new sister writers for the columns of Global Sisters Report. Contact me to talk about writing something for us: mmorek@ncronline.org or 816-968-2232.

Dive below surface this Holy Week

Immigration, beans and a Lenten stew

Dive below surface this Holy Week

Immigration, beans and a Lenten stew

Spirituality | Bread from the homeless

Dante's wisdom in our political crisis