An oasis in a secular place 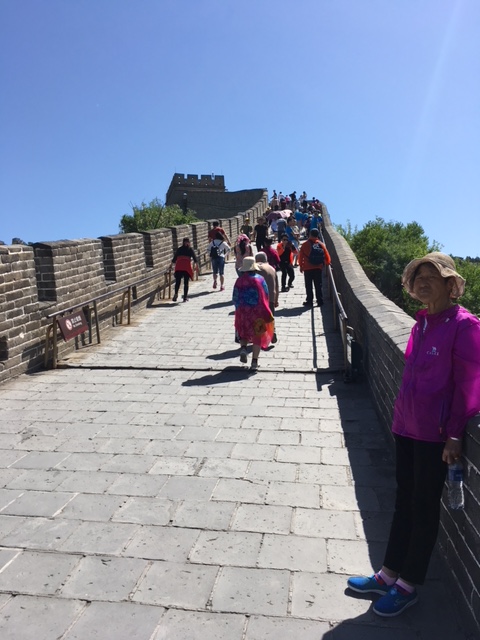 A portion of the Great Wall of China (Nancy Linenkugel)

Religion is big in the United States. America was founded on religious freedom, among other ideals, and we only need to look up and down our city streets to find plentiful churches of any denomination one can think of.

The prevalence of churches in the United States can almost allow a resident to take them for granted. Churches are part of the fabric of our American society, and we like it that way. It's a personal choice where we go to church and if we go, but the opportunities are plentiful.

China is very different. I found one Catholic church for Sunday Mass, but that took some investigating. It also took some explaining to a tour guide that it wasn't enough to know that the church building was open during the day; I needed to know the time of Catholic Mass.

As I toured China for a week, I felt a starvation. Not hunger starvation, as there was no shortage of restaurants, and not activity starvation either, as there were plenty of stores, shows and things to do. My starvation was spiritual. Society there is totally secular. Perhaps people carry within them a sense of spirituality, but there were no reminders anywhere of anything religious. No religious symbols. No church buildings. Nothing to remind one of religion.

Finding the Catholic church for Sunday Mass was an oasis for my soul. Perhaps it was the same for people in the congregation. The church held maybe only 300 people, so the size was small compared to many churches in the United States, and there were so many people in attendance that the overflow crowd sat on plastic stools in the parking lot. A PA system streamed the audio of the service. Plastic stools were everywhere inside the church, as well, so overflow congregation must be a weekly occurrence.

Who were all these churchgoers? How do they get through the week and feed their souls from Sunday Mass to Sunday Mass, when they are squished inside a small church building or relegated to a plastic stool in the church parking lot and have no ostensible reminders of a crucifix anywhere?

Whoever they are, they all respond and sing at top volume. I've never experienced a Mass quite like this. Everyone sang every note and every word. I thought of "Hosanna in the highest" because that's the praise and worship exhibited. It really was to the highest.

Thank goodness for this church as a spiritual oasis.

Spirituality | An oasis in a secular place

Tidying up with the Holy Spirit

On vacation or on retreat -- what's the difference?

Do all dogs go to heaven?

As choir, Pauline sisters share gift of music, their joy as religious

God made me weak, but did it on purpose