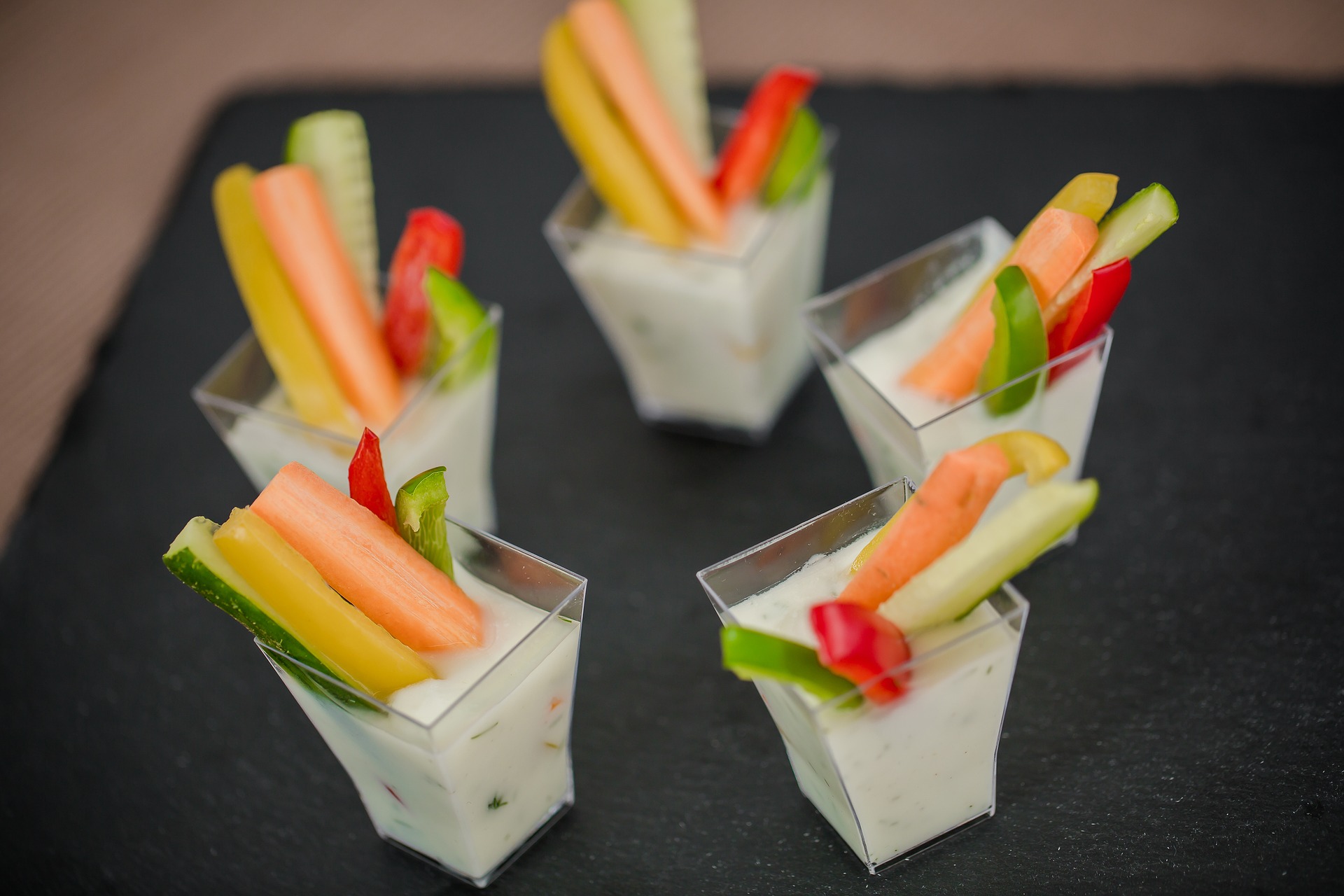 At a friend’s early New Year’s Eve party, I ended up in an enlightening conversation with another party-goer near the veggie dip. This was an extra-great party because the dip was real — not low fat, no fat, gluten free, or diet-style. Another fellow hovered his carrot stick over the dip bowl, looked around surreptitiously, then plunged the carrot into a silky dip grave with a scooping motion in order to collect as much dip as possible.

“This is one of my few remaining pleasures left in life,” he shared forlornly, as he held up the dippy-carrot briefly and then quickly put it in his mouth. “Ummm, that was good. Good!”

“Are you sure that this is one of your only life pleasures?” I asked, gesturing to the huge spread on the buffet table in front of us. “That sounds so drastic.”

He looked at me through thick, rimless eyeglass lenses. His striking blue eyes were magnified by the glasses as he squinted to offer his laser-like reply: “Yes, I’m sure. I’m dead sure. Remember months ago when Equifax had a security breach and 143,000 million persons’ records were compromised?” I nodded yes and he continued: “Well, of course, you with your vow of poverty have nothing to worry about. But I’ll have you know that I’m one of those lucky ones with compromised records. When I first heard about that awful news, I immediately went online to check it out. Sure enough, my accounts were affected.”

“What did you do?” I asked. He continued, “I contacted my credit card companies plus every company to whom I was paying bills via credit card. I had to put a freeze on my credit so that the hackers couldn’t get in to my account. But — and here’s the lousy part — I really need a new social security number. I really need a new home address. I really need a new birth date. But I won’t be getting new ones of any of that, because I’m stuck. I’m stuck for life. From now on, whenever I want to use a credit card, I have to get that card unfrozen, I do my transaction, and then I have to freeze the account right back after that.”

“How awful,” I comment. “And to think that this is a forever thing — you can’t ever really fix this.”

“No, there’s no repairing the damage that was done. I’ll be freezing and unfreezing my accounts until my dying day. Maybe that’s why this dip is particularly tasty tonight. I’m drowning those evil hackers in the dip,” he says as he takes another carrot stick and holds it down in the dip. If it was only that easy!