The tenet of simplicity when it's intentional, optional

by Sarabella Muise
This article appears in the Notes from the Field feature series. View the full series. 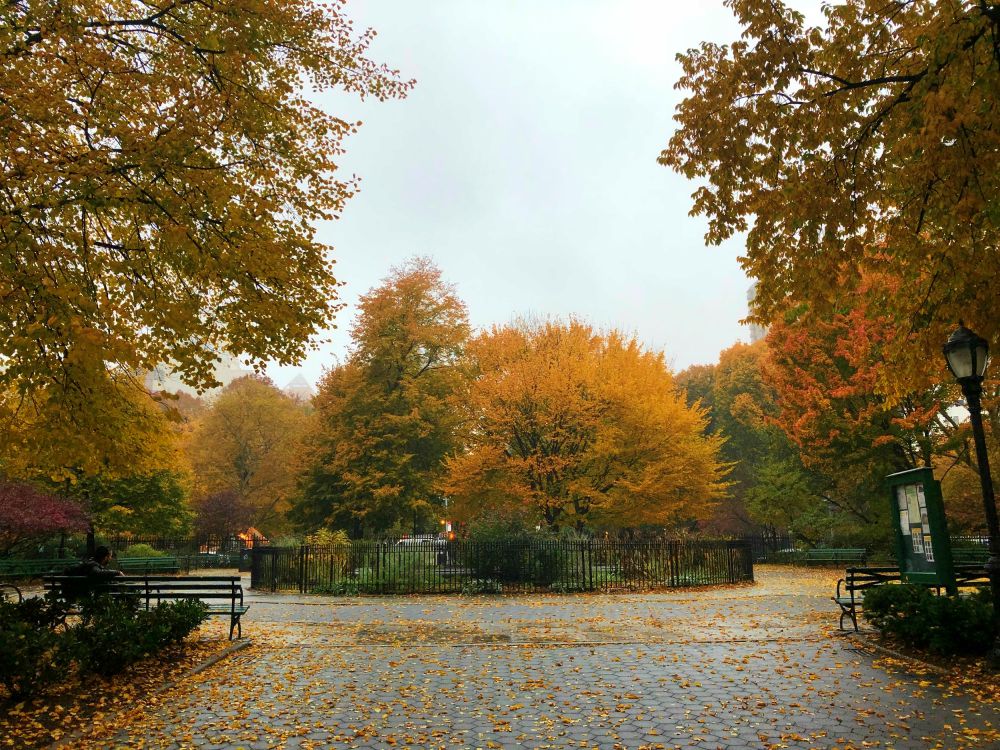 New York, N.Y. — Notes from the Field includes reports from young people volunteering in ministries of Catholic sisters. A partnership with Catholic Volunteer Network, the project began in the summer of 2015. This is our eighth round of bloggers: Sarabella Muise is a Good Shepherd Volunteer in New York City. This is Sarabella's third blog post. Read more about her.

"Live simply so that others can simply live."
— usually attributed to Mahatma Gandhi or St. Mother Teresa

Those of us who grew up in a religious environment can attest to hearing this quote more than once. One of the goals of being a Good Shepherd Volunteer is to implement this idea, focusing on the tenant of simplicity in our own lives while serving alongside communities that don't necessarily have a choice in living this value.

The first day I arrived at my New York City apartment and began to unpack the allotted two suitcases and one carry-on we could bring for the year, I immediately felt that I had failed the challenge of living simply. I had filled essentially all of my suitcase space with clothing, which I immediately realized was unnecessary — especially considering I have a uniform for work that takes care of my attire for 70 percent of the week.

While the amount of clothing I own was the first thing that came to mind in evaluating my simplicity, it is by no means the only way to gauge the simplicity of one's lifestyle. For example, in our apartment we have a myriad of appliances and conveniences such as a television, a dishwasher, a washer and dryer, running water, electricity, indoor plumbing and heat — not to mention a new Amazon Fire Stick — that may or may not be looked at as elements of simple living. With all these amenities, how is my community truly living simply?

We have started by reflecting and conversing. This past week we spent one of our allotted community nights talking about the tenet of simplicity. We began our discussion by taking an online quiz that takes into account your physical possessions and how they translate to modern-day slavery. The quiz asks about the amount of technology, clothing, jewelry and other things you own, ultimately giving you a number of modern-day slaves who work for you. According to the quiz, I currently have 35 slaves working for me.

The organization that provides this resource is called Slavery Footprint. It is a California-based company run by Justin Dillon with the goal of creating tangible awareness of our contemporary slavery problem and concrete action individual consumers can take to protest against it. The company's tag line, "We believe in using the free market to free people," encompasses how knowledge of the products that perpetuate slave labor can turn into action to not buy that product, in turn creating positive change in the work life of another human being. 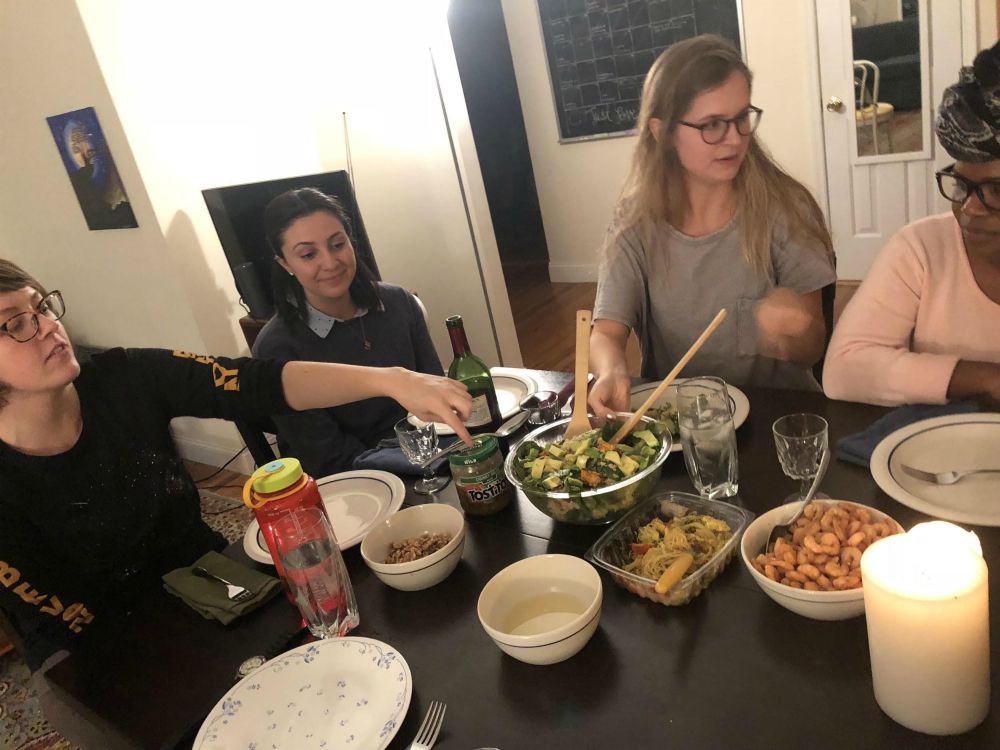 Using this tool sparked an interesting conversation within our community about the amount of power we do or do not have as consumers to stop injustices like child labor and grossly unfair wages. While taking the quiz, facts are provided, such as, "Slavery exists deep within the supply chains of the products we love. Consider your chocolate: There are an estimated 200,000 child slaves working in Ivory Coast alone, harvesting 40 percent of the world's cocoa beans." It goes on to mention similar numbers about cotton production in our clothing and material production in our electronics.

These numbers are staggering and can be extremely overwhelming. Within our community, some of us felt empowered to use our consumer voice for good, while others felt more defeated at the sheer size of this humanitarian issue. Though our discussion may have brought more questions than answers, we are already living simply and being more mindful about our consumer voice solely due to the budget we are on as volunteers. After our basic needs including rent, transportation and food are met, we each have $100 per month.

Sticking to this budget is something I am personally taking very seriously. It is no easy feat in an expensive city like New York. But by being intentional and deliberate with every purchase I make, it is entirely possible. The biggest way I have been able to stay in budget is strictly limiting eating out. When you only have $25 in a week to spend, it becomes impossible to justify $10 meals any more than once a week — and even once a week would be half my weekly spending! I have been cooking at home with my community much more than I have in the past, even packing snacks and lunches (including on weekends) to help keep my spending down.

With non-food purchases, I've found myself returning items I bought and later realized I didn't need, such as $3 tacks. Before being on this budget, I never would have made the time or effort to return something of so little monetary value. But, by returning it, not only did I get the money back, I also have one less unnecessary possession, which I see as another way of practicing simplicity. By getting back those $3 that never would have mattered to me before, I was then able to spend time with a friend over coffee that I could then afford. 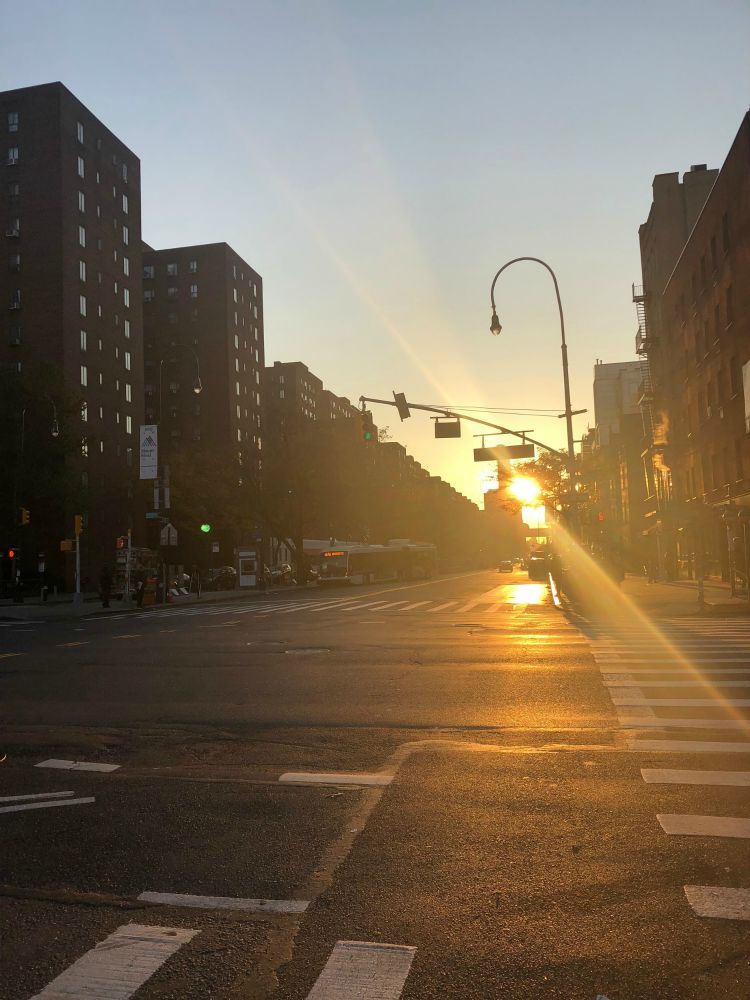 The sun rises as I am on my way to work. The populations Good Shepherd Volunteers work with often live simply not by choice but out of necessity. (Sarabella Muise)

While I was still a college student, I was able to make all my purchases without a second thought. For context, I looked back at my bank statements before I started GVS, and calculated how much I spent on eating out. In February 2018 I spent $160.65 and in May 2018, I spent $226.96! That is 63 percent of my total monthly budget now, and more than I spend on my monthly subway card and groceries combined!

Since starting with GSV, I spent $30.83 on eating out in September. I doubled it in October, spending $62.73. But even with this increase, spending $60 compared to $226 is an incredible difference.

These ideas and practices are only scratching the surface of what can be done to live a simpler life. There are trends such as minimalism (owning as little physical belongings as possible), capsule wardrobes (creating an entire versatile wardrobe with a limited number of clothing items), zero waste (boycotting packaging and producing no trash), and tiny houses (drastically decreasing your environmental footprint by living in a 500-square foot or smaller house), just to name a few. These all point to different ways of embracing a simpler life.

I still have a lot of work to do when it comes to the tenet of simplicity, as does my community. And certainly, too, does our wider culture of excess and consumerism. So far, my community is spending less money and intentionally brainstorming new and creative ways to simplify our lifestyle. The road is just beginning, but it's a start. 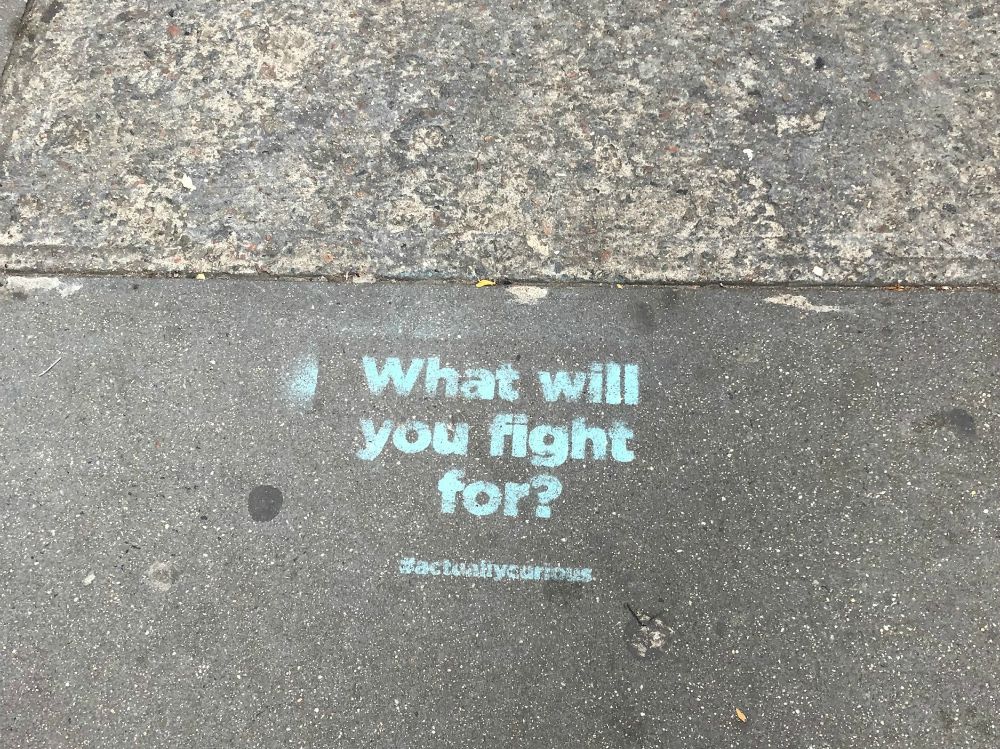 Graffiti on the ground near Union Square is encouragement to me to use simplicity as a tool to fight for a more just and sustainable world. (Sarabella Muise)

[Sarabella Muise is a Good Shepherd Volunteer at a therapeutic residence for adolescent girls in New York City.]

The tenet of simplicity when it's intentional, optional