A woman code-named "Blessing," a Nigerian victim of human trafficking, was working as a prostitute on the streets of Italy in the fall when police arrested her and took her to a detention camp because she had no documents.

Italian sisters who belong to an anti-trafficking group called Slaves No More visit this detention camp every Saturday and encourage the young women to come to them for assistance upon their release from the camp. While at the camp, the Italian sisters gave Blessing the contact information for St. Louis Sr. Patricia Ebegbulem, director of Bakhita Villa, a safe house in Lagos, Nigeria.

On Oct. 12, Blessing learned she was to be unexpectedly deported that day. She managed to get word to the Italian sisters, who called Ebegbulem. The next morning, Sisters of St. Louis met Blessing at the cargo section of the Lagos airport. There were about 40 deported women and 60 deported men in the plane.

Ebegbulem took Blessing to Bakhita Villa, where she still lives, receiving counseling, taking computer classes, and building the skills she will need for a productive life. In 2016, the Bakhita Villa sisters rescued nine victims, including Blessing.

Women religious have been working collaboratively against slavery and trafficking in persons for centuries, and the way the sisters in Italy and Nigeria work together against trafficking is a wonderful example of how sisters are collaborating today.

Looking back on my 14 years in community leadership and five years of working with anti-trafficking groups at the United Nations, I think the work against trafficking and the support of its victims are the most powerful issues that unite women religious today. It is all of "one piece" with issues of migration, violence against women and children, and many of the other social justice ministries we pursue.

According to the U.N., there are 2.4 million trafficking victims worldwide at any given time. However, exact numbers are difficult to find because trafficking is "chameleon-like" and overlaps with forced marriage, migration and other social phenomena. Sometimes people don't even know they are trafficked.

The United Nations Office of Drugs and Crime recently published its Global Report on Trafficking in Persons for 2016. In the preface to this report, Yury Fedotov, executive director of the office, said, "Perhaps the most worrying development is that the movement of refugees and migrants, the largest seen since World War II, has arguably intensified since 2014. ... Within these massive migratory movements, are vulnerable children, women and men who can be easily exploited by smugglers and traffickers."

The report states that in 2014, while most victims of trafficking were still female (71 percent), the percentage of trafficked men and boys had risen in the last 10 years.

One of the sisters' key initiatives is raising awareness. At an international meeting at the Pontifical Academy of Sciences and the Pontifical Academy of Social Sciences in April 2014, a gathering of church leaders and law enforcement representatives from all over the world heard the testimony of trafficking victims and five religious sisters who worked with trafficking victims. As a result, Pope Francis designated Feb. 8, the feast of St. Josephine Bakhita, as the International Day of Prayer and Awareness Against Human Trafficking.

This year, the focus is on children who are exploited through trafficking. The United Nations estimates that almost one in every three victims of trafficking is a child; UNICEF reported that 30 million children have been sexually exploited over the last 30 years.

They studied the issue, produced training materials for member congregations, and developed more joint efforts against trafficking. A training program developed in collaboration with the International Organization for Migration led to regional networks being established in Italy, Albania, Nigeria, Romania, Thailand, Brazil, Portugal, Philippines and South Africa, according to the UISG website on anti-trafficking efforts.

In 2009, UISG created an organization called Talitha Kum (from Mark 5:41, when Jesus says, "Little girl, get up") to serve as "the International Network of Consecrated Life Against Trafficking, with a representative at the UISG," according to the Talitha Kum website. Talitha Kum continues to provide training courses and materials, to set up new networks, and to collaborate with other organizations working against trafficking in persons. There are 17 regional Talitha Kum member networks in more than 70 countries and on five continents.

The sisters' regional and national organizations provide a supportive network for many smaller groups and ministries of sisters already engaged in a variety of anti-trafficking activities. One example of how the networks resulted in stronger advocacy groups is the Australian Catholic Religious Against Trafficking in Humans, which has allied with the Australian government and receives government funding for its activities against human trafficking and modern-day slavery.

"One of the most positive results of our work ... is the breadth and depth of collaboration that is now taking place," said Humility of Mary Sr. Anne Victory, a member of the national U.S. Catholic Sisters Against Human Trafficking working in the Cleveland area.

"What started as a collaborative effort of seven religious congregations in the area to raise awareness through education and advocacy," Victory wrote in an email to GSR, "has extended to a wide variety of social service providers, health care systems, law enforcement, the courts and others who share in awareness-raising and also address the real needs of victims along with efforts to prevent this crime."

There have been some positive international gains, such as the adoption of the U.N. Agenda for Sustainable Development, with some goals and targets directed at trafficking in persons. In 2016, the U.N. Summit for Refugees and Migrants produced a groundbreaking New York Declaration that addresses the consequences of large movements of refugees and migrants.

The U.N. has taken many steps to bring attention to the crime of trafficking in persons and designated July 30 as the U.N. World Day Against Trafficking in Persons. The Vatican also has been actively working against human trafficking: Pope Francis dedicated his message for the World Day of Peace 2015 to this theme, making it a priority of international diplomacy for the Holy See.

In focusing on the causes of trafficking, he identified "the rejection of another person's humanity" and "poverty, underdevelopment and exclusion, especially when combined with a lack of access to education or scarce, even non-existent, employment opportunities."

The pope has spoken about trafficking to international religious and church leaders, diplomats, police chiefs and mayors, social scientists and scholars, judges, and various conferences throughout the world. And he has not just been talking. He has hosted conferences, spearheaded the 2014 Joint Declaration of Religious Leaders Against Modern Slavery, and catalyzed the creation of the Santa Marta Group, which brings together Catholic leaders and international law enforcement officials to battle trafficking.

Anti-trafficking days are also observed in the United States. In 2012, the U.S. Conference of Catholic Bishops' Committee on Migration designated Feb. 8 as an annual day of prayer for survivors and victims of human trafficking. Former President Barack Obama designated January as National Slavery and Human Trafficking Prevention Month, and the U.S. National Human Trafficking Awareness Day is observed annually on Jan. 11.

One sister I know makes a point to talk to flight attendants on airplanes, telling them how they can recognize trafficking victims. Other sisters participate in training programs for taxi drivers, truckers, hotel employees, nurses and emergency-room workers, and others likely to come in contact with trafficked persons. Some post the number of the POLARIS hotline for trafficking victims inside rest stops along interstate highways.

Religious communities write letters to hotel chains before they agree to bring conferences there, ensuring that the hotel has signed the Code of Conduct for the Protection of Children from Sexual Exploitation in Travel and Tourism. Women religious pass out information on trafficking at major sporting events — the Olympics, the World Cup, the Super Bowl — and provide training programs for young people. They do advocacy work with mayors and state and federal legislators.

"People are now less apt than five years ago to deny that human trafficking is happening," Sr. Marlene Weisenbeck, a Franciscan Sister of Perpetual Adoration, wrote in an email. Weisenbeck served on the Obama Advisory Council for Faith-Based and Community Partnerships and works on anti-trafficking task forces in Wisconsin. "They are more willing to acknowledge it as a crime against human rights, to talk about it with others, to pray about it and get involved in doing something about it." 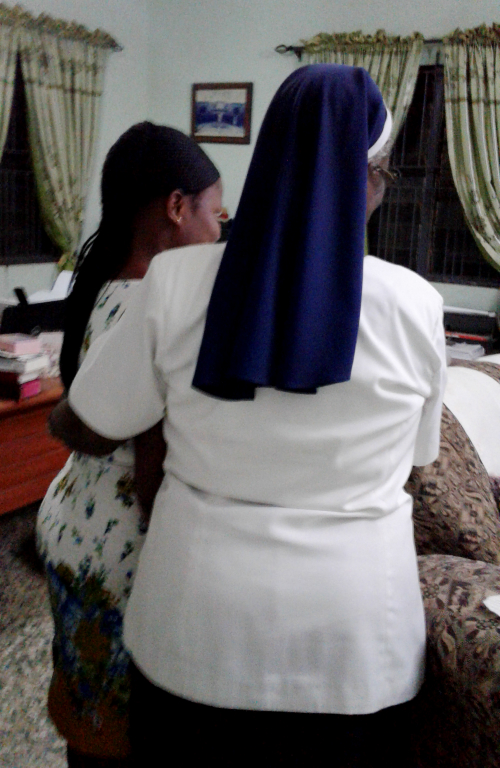 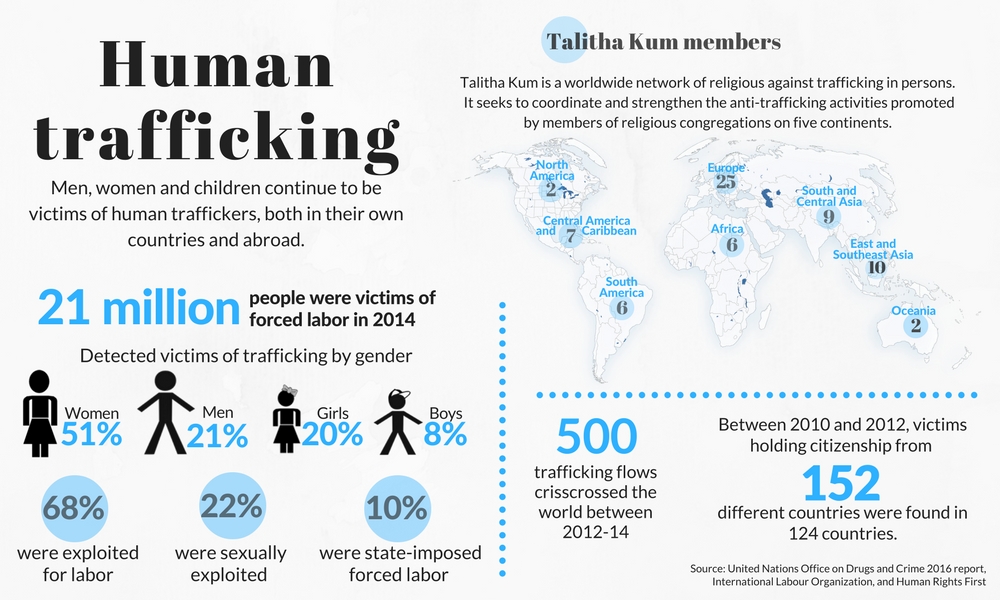 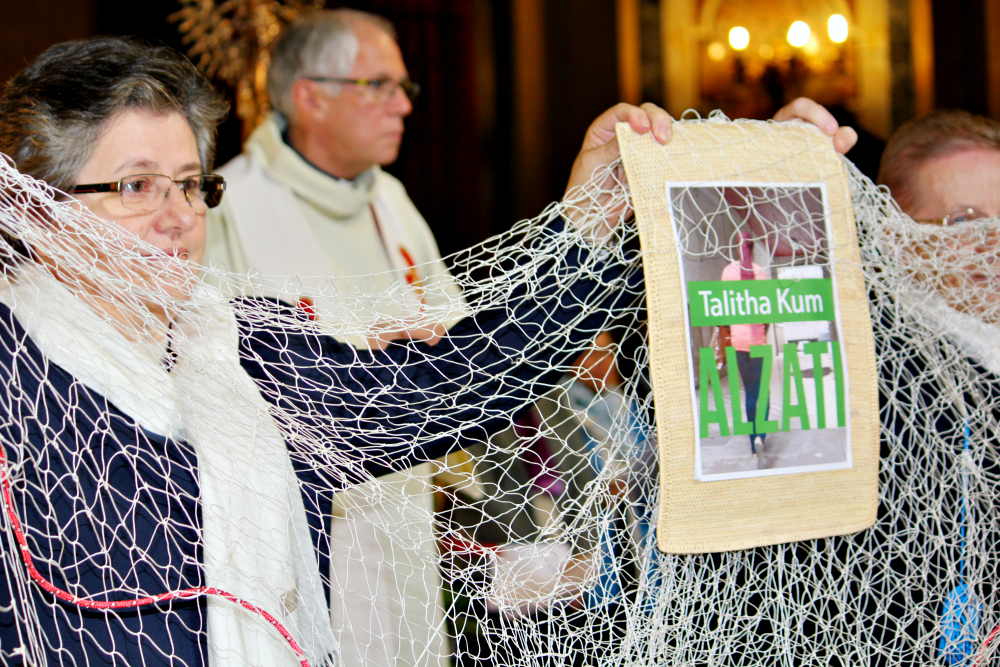 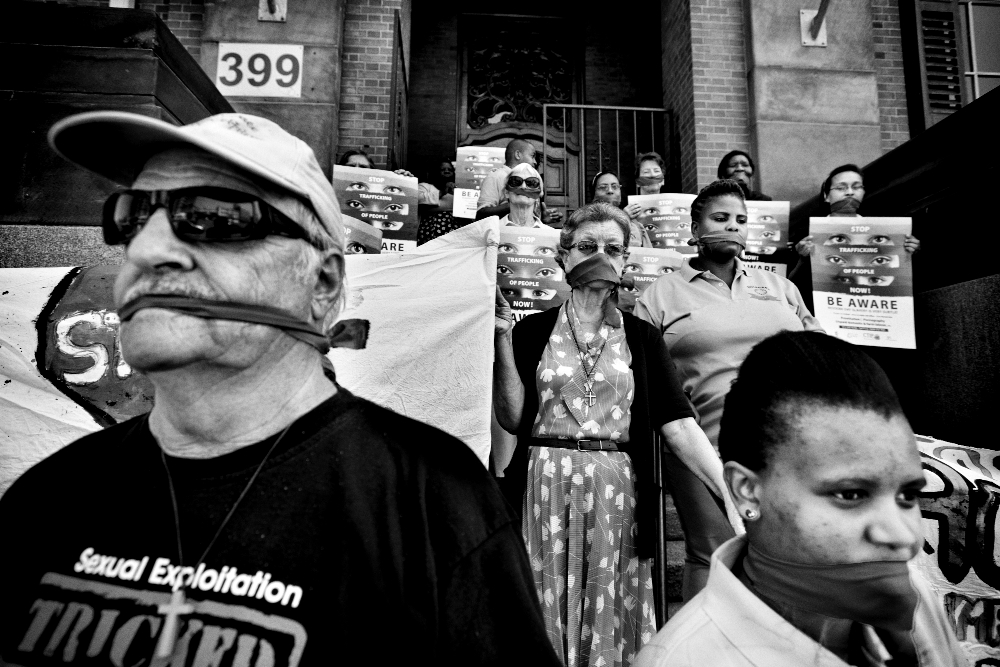 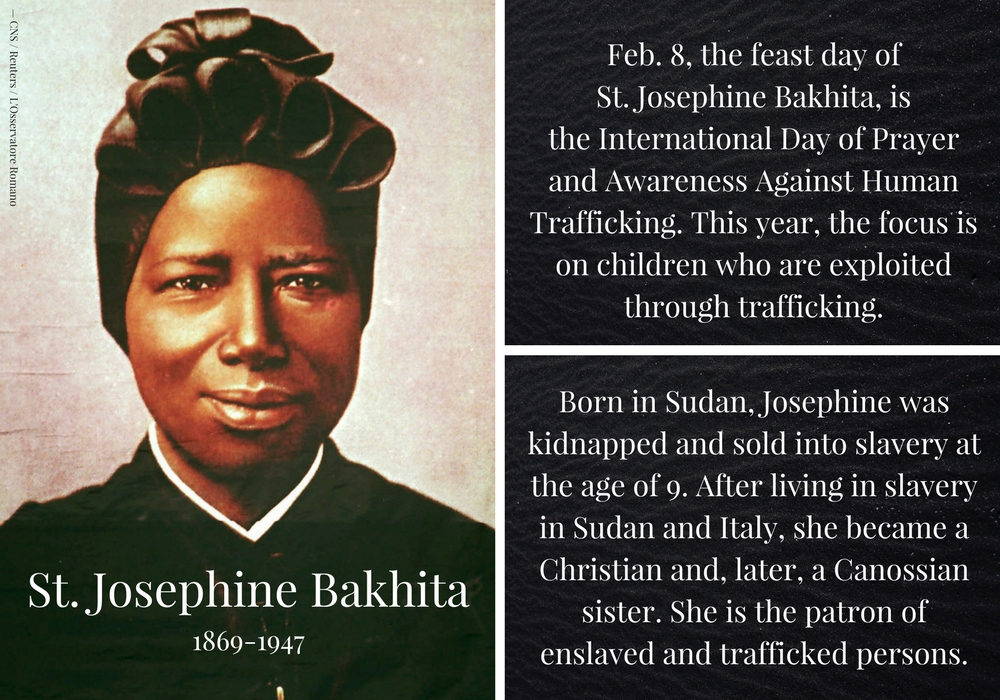 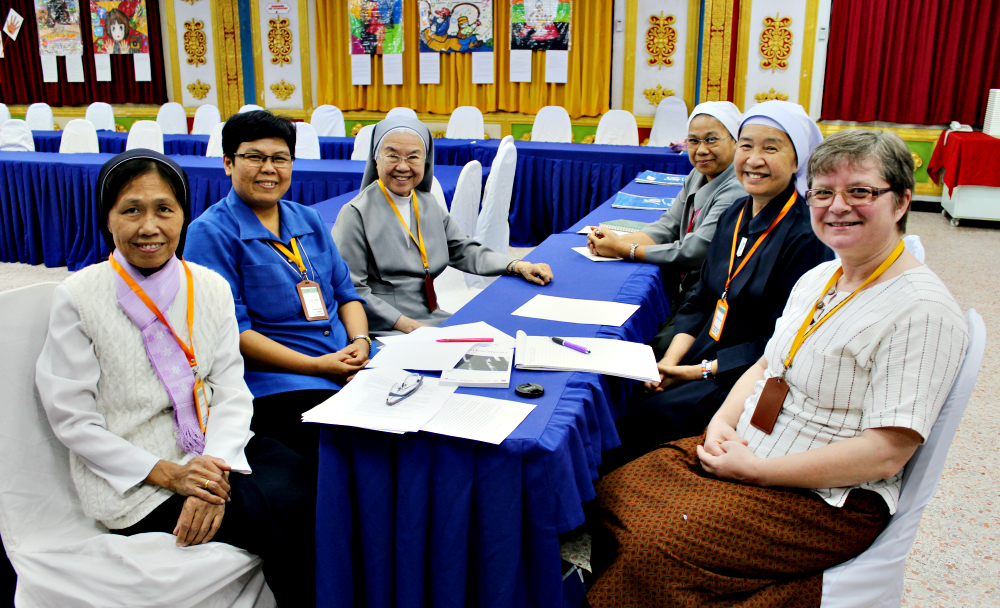