When the sisters leave, the good-byes are bittersweet, as they were this week in one Wisconsin town. Maybe a little meditation would help. Right, Sr. Leonardi?

A feast for the eyes

The Sisters of St. Joseph of Toronto recently built a new residence in their neighborhood and the review is in: The building is stunning.

“If the recently opened Sisters of St. Joseph Residence is any indication, the 21st-century nunnery is less a community apart than a part of the community,” writes Christopher Hume, urban issues reporter and architecture critic at The Toronto Star.

Designed by Shim-Sutcliffe Architects of Toronto, the four-story residence is the new home for 58 women religious, many of them older and needing full-time care. So the residence also serves as an assisted living facility.

Alas, Hume notes, the building is not open to the public. But there is plenty to appreciate from the outside.

“It takes full advantage of a magnificent setting, rising from a garden filled with water and plants,” he writes.

“Though the architectural vocabulary is unabashedly modernist, the building is an expression of traditional values based on community and shared religious devotion.”

He seems particularly charmed by the chapel, “with its curved walls made of glass, is one of those luminescent spaces intended to illustrate the notion that the divine is everywhere around us.”

Architect Brigitte Shim says the residence was one of the most ecological projects her firm has worked on. Eco-friendly features such as geothermal heating and cooling and solar water heaters were used because “nature” was important to the sisters, she says.

The gift of quiet

We think sister’s students at St. Joseph Catholic Academy in Kenosha, Wis. are very lucky. She’s been teaching them meditation techniques for the last two years.

Kindergarteners to fifth-graders sit or lie down and  rest on the carpeted library floor as her soft voice guides them through their meditation sessions.

“It’s a time when they can just focus on God,” explained Sr. Sylvia Leonardi in story in the Kenosha News. “It’s just their own special time experiencing God in their lives.”

A member of the School Sisters of St. Francis and the school’s campus minister, Sr. Leonardi says she’s had great success using meditation exercises as a gateway to prayer.

She learned how to use meditation with children at a seminar by Jane Reehorst, author of the book Guided Meditations for Children.

“She advocated helping children take time to just back away from their crowded schedules – school or sporting or whatever schedule – taking time to meditate even if it’s for five minutes,” Sr. Leonardi says.

She admits her effort has been trial-and-error, but she’s happy with the results so far.

“Some of our older students who are new to our program this year find it very comforting,” she says. “It’s a time to get off the merry-go-round and take some time to think about their own personal lives: what’s going on at home or what might be the challenges they are facing as they are growing up.”

“I’m hoping it becomes part of their lifestyle. It doesn’t have to be an hour or half hour. Five minutes for children is plenty.”

Boogie down with Buder

Sr. Madonna Buder, said to be the oldest person ever to complete an Ironman triathlon, will be inducted into the USA Triathlon Hall of Fame next month, reports KHQ TV in Spokane, Wash.

Sr. Buder, who will turn 84 this year, is known as Spokane’s “Iron Nun.” She was nominated for the Hall of Fame in the fall, along with 58 other candidates.

She will be inducted in a ceremony on June 26 at Chicago’s Navy Pier.

She started competing when she was 48 and has racked up some quite impressive numbers. She’s completed more than 340 triathlons. Forty-five of them were grueling Ironman races which consist of a 2.4-mile swim, a 112-mile bike ride and 26.2-mile run.

“People often ask me how I train for these kinds of arduous events,” she told Cosmopolitan magazine last month.

Brits: Back in the habit?

A drive conducted by the Roman Catholic church in England and Wales to attract young people to the religious life appears to be working.

John Bingham, religious affairs editor of The Telegraph in London, reports that the number of people taking vows as women religious and monks has tripled over the last 10 years.

Last year, the church welcomed 62 new members to its religious orders. The increase is being chalked up to a drive to demystify the image of religious life spearheaded by Fr. Christopher Jamison, the church’s national director for vocations.

Students and other young people are invited to explore religious orders through a network of informal “vocation groups.” Some religious communities have invited potential members to visit for as brief as an afternoon or as long as nine months.

“These figures highlight the generosity of Catholic women and men in responding to God’s call,” says Fr. Jamison. “They also show that the emphasis on discernment before recruitment is working.”

Sr. Rosemary Jeffries is saying good-bye to Georgian Court University next year after 14 years as president of the Lakewood, N.J., Catholic school.

She led the former women’s college as it gained university status in 2004 and went completely co-ed last year, reports NJ.com.

“Even as we prepare for a new era of leadership, I know that the Georgian Court commitment – steeped in more than 105 years of Mercy tradition – will remain,” says Sr. Jeffries, 65.

She’ll remain in office until the end of the 2014-15 school year to give the university time to find a new president.

She is reportedly one of the few remaining sisters running Catholic colleges in the area. The school has not said whether it will seek a Sister of Mercy, the school’s founding order, to succeed her.

Gee, the things you learn when you pick up a book.

For instance, 19th-century nuns often disguised themselves as widows when they traveled because they feared anti-Catholic mobs, Dwyer-McNulty found.

Other tidbits uncovered by Dwyer-McNulty, an associate history professor at Marist College in Poughkeepsie, N.Y:

In the mid-19th century, it would not have been ideal to have been identified as a priest or a nun. There are instances of people throwing mud at nuns, and writing on their backs, and calling them names, and things like that. There’s also at the time this very sensational literature about what went on in convents. So there was a lot of suspicion about convents and about nuns and that perhaps women were being held against their will at convents.

I would run across stories where a sister was killed in a car accident; some of their headpieces didn’t allow for peripheral vision! Some things that we would take for granted today, that you would want to have your vision completely unobscured, that wasn’t a priority . . . . There was also an aspect, as much as it was somber and modest, I think you could argue there was something almost regal about (most) habits.

The news last month that women religious would no longer be part of Holy Rosary Catholic Church and School in Kenosha, Wis., jolted current and former students.

How to say good-bye in a fitting manner, they wondered?

Kenosha News reports that the students came up with a “spiritual bouquet” for the departing Franciscan Sisters of St. Joseph this week.

A night of prayers and the release of colorful helium balloons ended with the first “Our Lady of Fatima Rosary” prayer night of the year, a parish tradition.

“What do you give the nuns who are retiring? They want your prayers. So, we decided to make this rosary. We didn’t know if it would work because we never did it before.”

The handful of sisters remaining at the school are elderly and a few participated in the special evening of prayer. 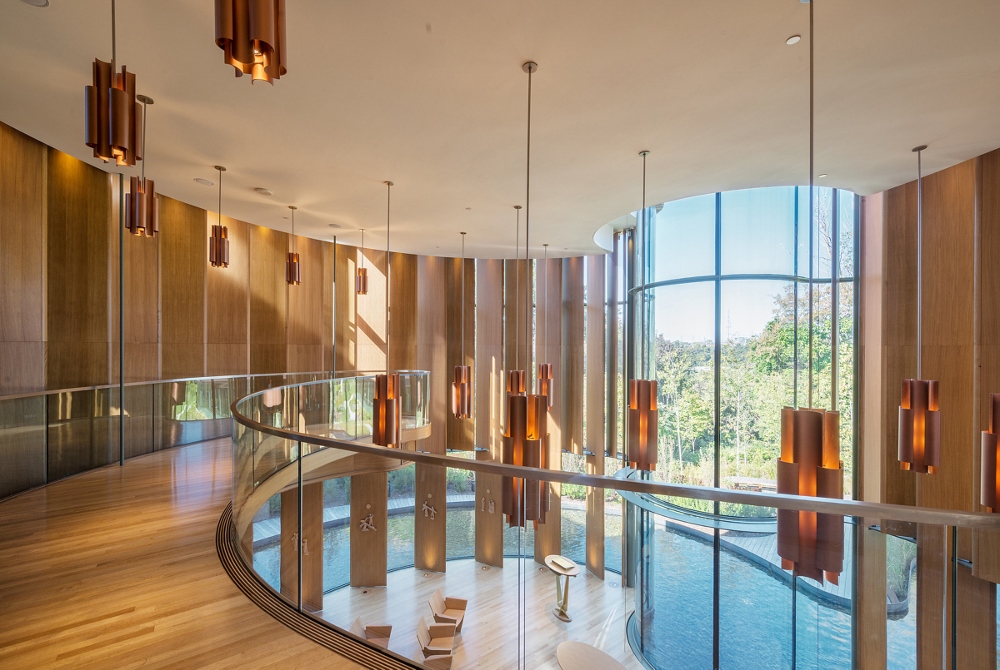 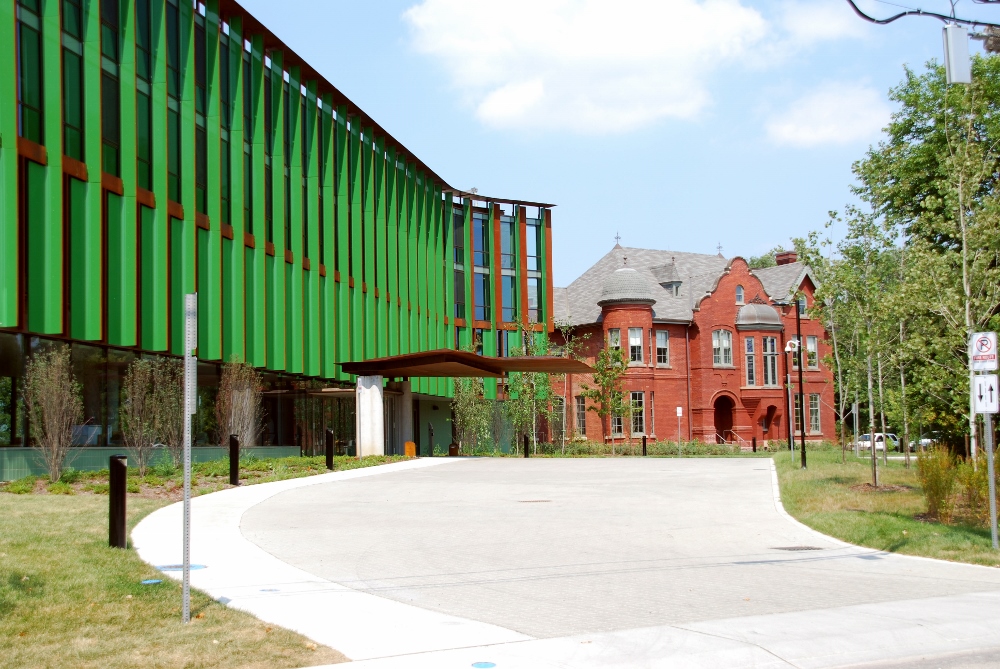