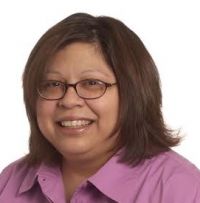 Lisa Gutierrez is a feature writer for a daily newspaper in Kansas City, Mo. Born and raised in Kansas, she has been a newspaper reporter for more than 30 years. She is a voracious follower of popular culture who can sing all the songs in “The Sound of Music” and who believes, like Dorothy in "The Wizard of Oz," there's no place like home.

"Radical Grace" is the directorial bow of 32-year-old Chicago filmmaker Rebecca Parrish, who by sheer happenstance found herself in the lives of three nuns – Sr. Christine Schenk, Sr. Simone Campbell and Sr. Jean Hughes – at a time of high drama for American women religious. The film was a hit with the fans at the Hot Docs Canadian international documentary film festival, where it drew sold-out audiences at its world launch and was voted an audience favorite. The documentary will debut in the United States on June 20 at the AFI Docs festival in Washington, D.C.

GSR Today - Italy’s news-making singing nun, Sr. Cristina Scuccia, went to Tokyo this week to promote her new album. While there she took questions from fans on a variety of topics, including one person’s bad habit of snacking on chips before bed. I kid you not. Read on.

GSR Today - Much has been written about anti-nuclear activist Sr. Megan Rice since she was incarcerated last year. A new lengthy and in-depth article appeared this week in The New Yorker that explores why Rice and two other people – Christian pacifist Gregory Boertje-Obed and Catholic layman Michael Walli – broke into the Y-12 National Security Complex in Oak Ridge, Tennessee, in July 2012.

GSR Today - Women religious were represented at the Academy Awards on Sunday. “Ida,” a movie about a novice nun in the ‘60s that we have mentioned in this column frequently in recent months, won the Oscar for best foreign language film. It became the first Polish movie to ever win the award. We start this week’s round-up with more Oscars week wrap-up.

Sisters making mainstream headlines - of thanks