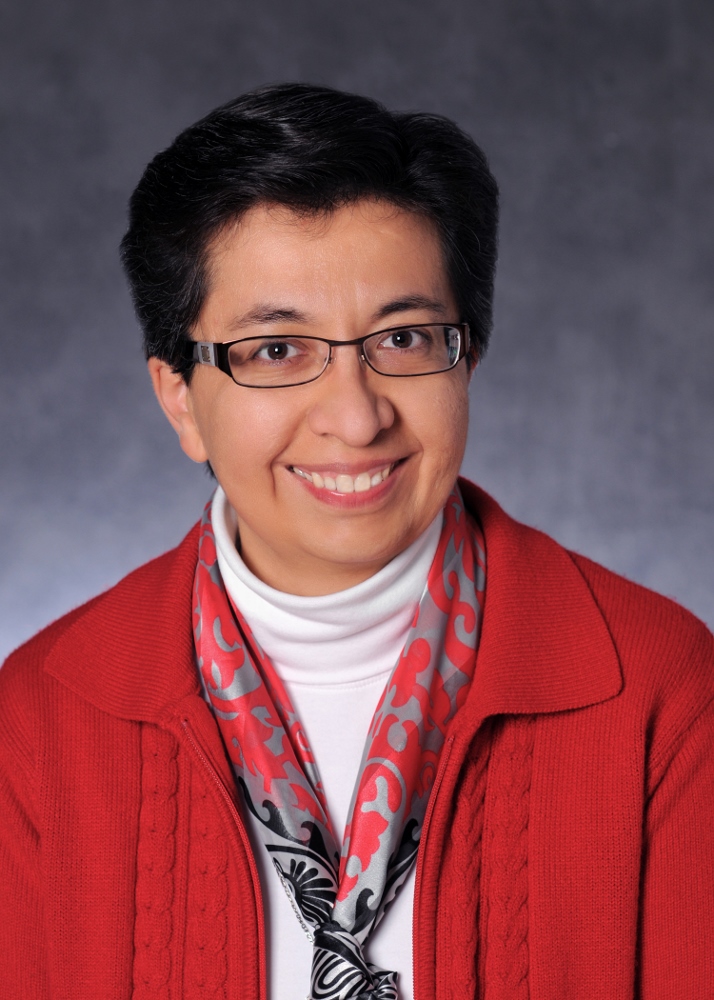 Here's one way to attract young women to consider a religious life: Name a discernment weekend after a music festival. We're packing our bags for "Nunapalooza" in Chicago. Anyone else on this bus?

A Latina has been elected to lead the Sisters of Charity of the Incarnate Word in San Antonio for the second time in the order’s 145-year history.

Maya, a Sister of Charity for 20 years, will lead more than 300 members, including sisters in Mexico, Zambia and Peru. She is committed to the order’s mission to serve the poor around the world.

She said in an interview that keeping diversity alive in the church will help energize recruitment efforts of women religious. A frequent conference speaker, she talks about pastoral issues facing Latino communities and building a global, intercultural church.

“It's important for people to not only know that religious life is an option for them, but also that it is not the only option for them to be involved with our ministry,” she said.

‘For all God’s people’

Mainstream media coverage of volunteers aiding the streams of children fleeing from Central America has paid little heed so far to work being done by women religious.

But KVUE TV in St. Louis, Mo., caught up with Sr. Sandra Straub, a member of the Sisters of St. Joseph of Carondolet, before she traveled to El Paso, Texas, last week to lend a hand with the border crossings.

Straub feels particularly called to step in after spending six years as a missionary in South America.

“I'm not going down there as a political anything,” she said. “I'm going down there to be walking with these people who have suffered and walked miles or bused miles. And because I'm a Sister of St. Joseph, which says we are for God and for all God's people and we’re open to the neighbor.”

News about this event hasn’t broken yet into the mainstream. But with a name like Nunapalooza, how could it not?

In early August, the Daughters of St. Paul will hold their annual vocations discernment retreat for women ages 18 to 35 at the same time and just down the road from Chicago’s famous Lollapalooza music festival.

Starting on the night of Aug. 1 and running through Sunday, the retreat will show young women that they are not alone in their discernment, the order’s Sr. Helena Raphael Burns tells The Catholic Register.

The weekend is all about removing obstacles and helping young women get unstuck from those things that hold them back from religious life, she says.

She has seen the hurdles: Women getting confusing and conflicting advice from too many people, looking for quick answers to their prayers or just simply having bad information about vocations.

And some women, Burns says, can’t articulate what they want.

“They want something – whatever it is – but they don’t think they can have it. So they cover it up and they get to the point where they don’t even know what they really want,” she says. “And God cares about what we really want. It’s not all about what he wants. It’s a two-way street and God has already put desires and talents in our hearts, not to frustrate them, but to fulfill them.”

They’ve got our vote

Sr. Mary Constance and her Good Samaritan colleague, Sr. Marie McMahon of Sydney, Australia, have been nominated for a prestigious Pride of Australia Community Spirit Medal.

For 24 years, the two women have lived side-by-side housing commission residents in Balmain, a Sydney suburb, helping families in need and caring for the sick, according to Sydney’s The Daily Telegraph.

And though they’re both retired from teaching and their official welfare work – Constance is 94, McMahon is 86 – they’re still working for the community.

Once a month they organize a bus outing for the “elderly” in the neighborhood, though they are usually the oldest in the group, the newspaper notes. The well-known bakers always have something sweet around for their visitors.

After Sunday Masses they distribute donated apples from the back of their car.

The neighbors, worried about the sisters’ safety, once bought them a new screen door for their apartment. But the sisters never lock their door anyway.

“They don’t let anything happen to us,” McMahon says of the neighbors.

The medals will be awarded later this year.

A new voice at the Vatican

Sr. Lynn Marie McKenzie is a Benedictine Sister of the Sacred Heart Monastery and a lawyer.

Now she can add a new title to that list: Official liaison to the Vatican for 20 Benedictine monasteries in the United States.

In June McKenzie was elected president of the Federation of Saint Scholastica, reports the Gadsen Times in Gadsen, Ala.

McKenzie, who has a degree in canon law, still practices law in Cullman, Ala. On a national level, she frequently consults with religious communities across the country on issues concerning canon law and the inner workings of the church.

Her new position with the federation “will be a position of pastoral service to the Benedictine sisters,” she tells the newspaper.

Late last year the Sisters of Humility in Davenport, Iowa, joined the Twitter world and started a new blog called A Nun’s Pocket.

The story behind that name is touching.

According to the blog, the Sisters of Humility used to wear habits that had pockets so deep they reached from waist to hem. The sisters stashed all manner of things in those big ol’ pockets, which came to symbolize the depth of their giving spirit, too.

On the new blog, 41-year-old Sr. Lynn Mousel, known as “The Youngest Nun,” has been writing about her spiritual life and her work as an adolescent psychiatrist in Anaconda, Montana.

“I have thought a lot about the shortage of psychiatrists and mental health providers,” she wrote in May. “The statistics from a recent Wall Street Journal article are startling: Almost 91 million adults live in areas where shortages of mental health professionals make obtaining treatment difficult.

“Montana, being wide-spread and rural, happens to be one of the states in a more serious shortage. We also have one of the highest suicide rates in the nation. There is no question in my mind that I am helping to fill a critical need in today’s world.” 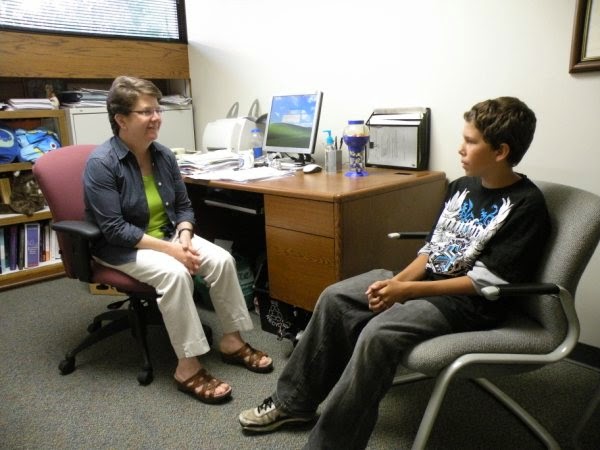 Sr. Lynn Mousel talking to a young client. (Courtesy of A Nun's Pocket)

Cardinal seeks a truce in fight between U.S. nuns and Vatican’s doctrinal office

At 100 years, Federation of St. Scholastica supports the unfolding vision of Benedictine life

Constant sharing. Rejoice with me!