Notre Dame Sr. Bui Thi Kim Ngoc is a cheerful soul. She has a buoyant personality and smiles a lot as she stumbles through her English, laughing at her own mistakes. You can’t spend more than a few minutes with her without feeling refreshed, uplifted.

At age 38, Kim Ngoc is the principal of the Anh Linh Free School in bustling Ho Chi Minh City, which locals continue to call Saigon. It’s run by her order, even though private education is forbidden in Vietnam and has been since 1975. That’s when North Vietnamese soldiers swept into Saigon and proclaimed a united Vietnam run by the Vietnamese Communist Party, seizing some 400 Catholic schools and hospitals while forbidding Catholic sisters to teach anything but catechism on parish property.

Slowly the government has loosened up. Today Catholic sisters are allowed to teach kindergarten and pre-school classes. (Insiders note the children of Communist Party members disproportionately populate these classes.)

The exception is the Anh Linh School, which teaches 221 primary and secondary school children, age 7 to 19.

Anh Linh is an anomaly. It is technically not a “private” school because no student pays tuition. Instead, it is “free,” that is, it is supported entirely by funds from outside of Vietnam.

There’s another reason why Anh Linh is off the government radar. It’s unlike all Vietnamese public schools in that it educates students who would otherwise never have the opportunity to sit in a classroom – for example, the children of incarcerated parents, children from families too disadvantaged to even make it to public schools, and children who have never gone to school and are now over the age to begin public education.

In its unique role Anh Linh offers a model of what Catholic sisters could do were they allowed true freedom to educate and help build Vietnamese society.

Running the institution, negotiating with government officials, being principal of the school, its chief administrator and fundraiser is a pretty daunting task for one person. That’s why when Sr. Kim Ngo was first asked to take the position more than three years ago, she balked, she told me. The responsibility, she thought at the time, would be just too big.

Then after further thought she decided she would try.

She said two firm beliefs allowed her to muster the courage to say “yes” and answer the call:

“There is no way it would have been possible without this support,” she said.

I pressed. “Tell me about these beliefs.”

“If I didn’t have Jesus in my heart, in my mind, I could not run this school. It is a big job, a big challenge for me. Sometimes I have a problem – a teacher, a student, a sponsor, the government. Just when I don’t know what to do, I pray. I ask Jesus to guide me. And then I ask my congregation. I ask for their support.

Kim Ngoc initially worked at Anh Linh School beginning in 2002. She taught mathematics for a number of years. She left for a while, but in 2012 was called back to be the school’s principal.

It was in 1990 the Notre Dame sisters first approached the Vietnamese government with a request to open a “free school” for needy children. As the sisters tell the story the first 17 students were children of women who lived in areas in which there were prostitutes. The building that housed the first school was a former pigsty and was first supported by the order with gifts from alumnae of a private boarding school the congregation had run before 1975, Couvent des Oiseaux. (Disclaimer: My wife, Kim Hoa, is a graduate of the school.)

In 2006, Anh Linh received government permission to open a secondary school for sixth through ninth grades. In 2008 the old elementary school was torn down and a new one built in its place with classrooms, a library, a computer room, conference rooms, a 20-bed dormitory for girls and two guest rooms.

[Tom Fox is director of Global Sisters Report. He can be reached at tfox@ncronline.org.] 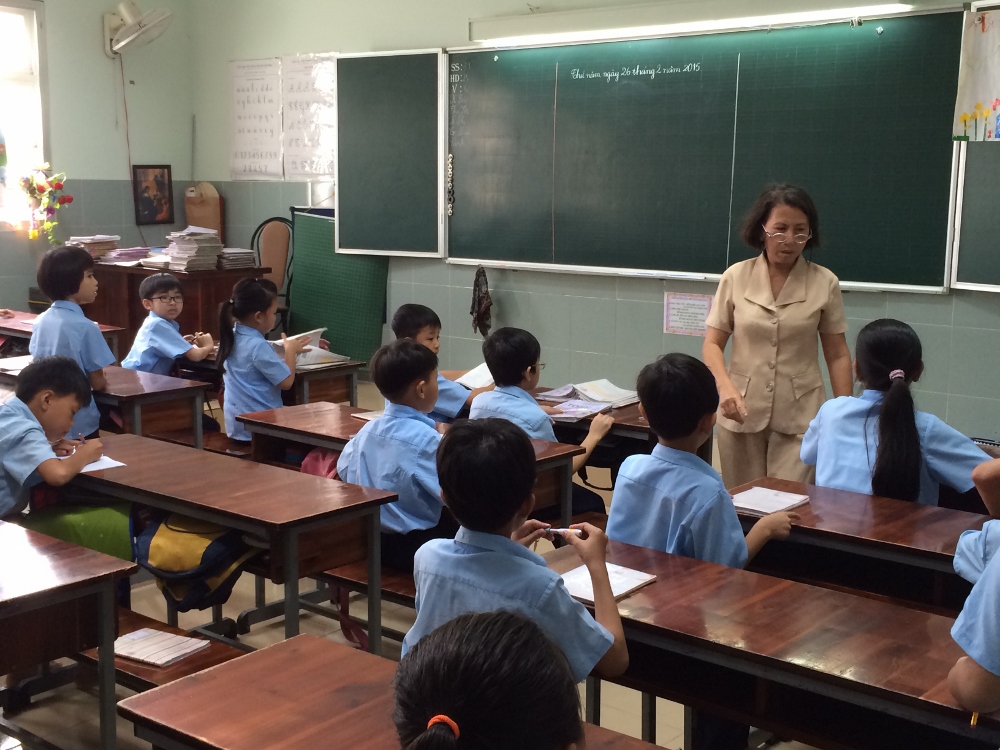 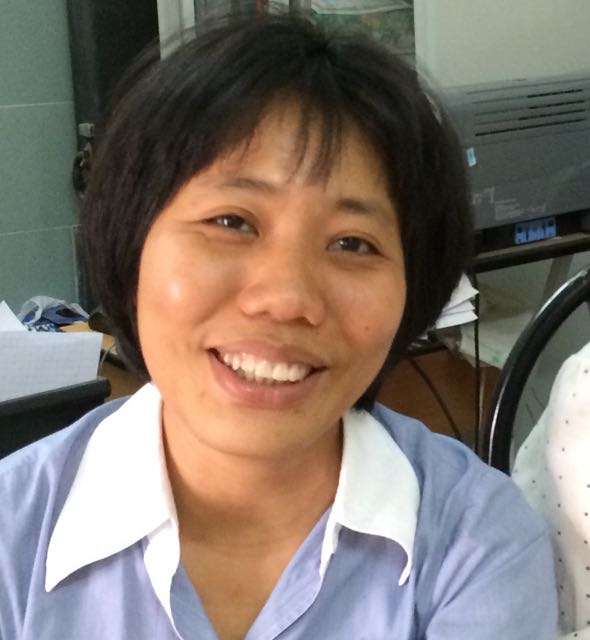 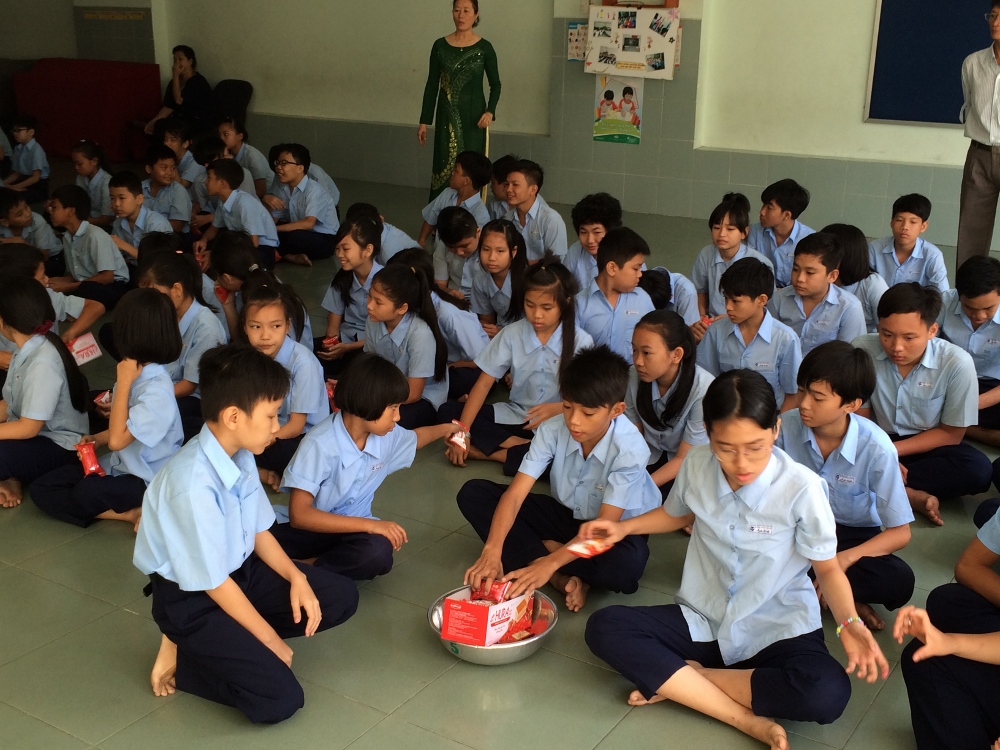 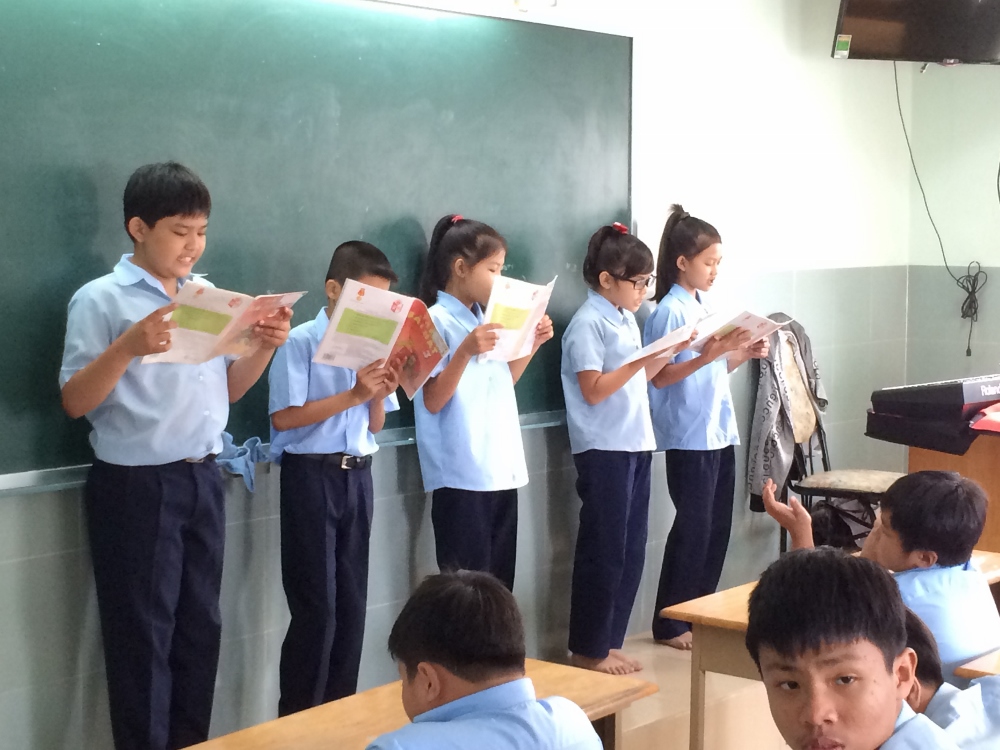