Pope Francis is called the "people's pope," and with good reason: He appeals to all people, Catholics and non-Catholics alike. The whole United States seemed to be agog with his September visit to our country, and I was no exception. Like a puppy, I followed him, visiting Philadelphia; Washington, D.C.; and New York during the days of his U.S. tour.

I was excited to be on the White House lawn for his arrival ceremony when President and Mrs. Obama greeted him with honors, musical reviews, and the national anthems of the U.S. and the Holy See. (I never knew that the Vatican had a national anthem!) I wasn't surprised when his remarks centered on the need to care for the environment, a concern common to both pope and president. Nor was I astonished that Francis reiterated the environmental justice theme in his remarks to the General Assembly of the United Nations, saying that any harm done to the environment is harm done to humanity, and noting that the poor are the greatest victims of environmental devastation.

I was especially enthused with his message to Congress. Francis spoke most pointedly about abolishing the death penalty and applying the Golden Rule to the situation of migrants. I loved his straightforward manner in asking the question, "Why are deadly weapons being sold to those who plan to inflict untold suffering on individuals and society?" And his blunt reply: "Sadly, the answer, as we all know, is simply for money." Then came his solution: "Stop the arms trade."

These words, as well as his meetings with the homeless, survivors of sexual abuse, and prisoners, are all in line with his main message of mercy and compassion and his proclamation of an extraordinary year of jubilee, a Holy Year of Mercy. I'm trying to take his message of mercy to heart and put it into my daily practice. I know that I need to feel more mercy and tolerance, particularly toward those whose views differ from mine.

I was opposed to the canonization of Blessed Junipero Serra and debated whether or not to use my ticket to the papal Mass at the National Shrine of the Immaculate Conception for his canonization. I sympathize with many Native Americans who view Serra as collaborating with the Spaniards in subjugating their people, but perhaps I needed to feel some mercy toward Serra, who was caught in the structural sin of the customs and organization of 18th-century European expansion.

In his homily at the canonization Mass, Francis exhorted everyone to proclaim the joy of the Gospel. His words, like the words of Jesus, instill life.

"Go out," Francis said, "to proclaim the good news that error, deceitful illusions and falsehoods do not have the last word in a person's life. Go out with the ointment which soothes wounds and heals hearts."

Healing wounded hearts is what I and a couple dozen pilgrims from nontraditional families sought at the World Meeting of Families in Philadelphia. These nontraditional families were lesbian, gay, bisexual, transgender and intersex people, their parents, children and supporters. Despite the fact that homosexuality is a hot-button issue in society and the church today, only one workshop among the 70 sessions dealt with this topic.

A coalition of four Catholic groups called Equally Blessed, which advocates a greater acknowledgment and respect for LGBT people in our church, planned a series of additional workshops at a neighboring Catholic church — at least until Archbishop Charles Chaput, the Philadelphia bishop who was ultimately responsible for planning the World Meeting of Families, told the pastor that the workshops could not be held at the parish.

When the cancellation became public, a local Methodist church invited the group to hold its sessions there. The Methodists and other Christian churches seem to grasp and practice Francis' message of love, healing and dialogue more than our own U.S. bishops.

I was particularly interested in what message Francis would give to the U.S. bishops at St. Matthew's Cathedral in Washington, D.C. Many of them have been resistant to Francis' call to welcome those on the margins of church and society. Almost all of our active bishops, who were appointed by Popes Benedict XVI or John Paul II, hold the conservative church values that these two popes advocated. These bishops are the culture warriors, vehemently opposed to what they see as the seduction of evil in today's society.

Francis spoke to the bishops kindly, saying he did not come to judge or lecture them, but to speak to them as a brother. His advice to them is something we can all ponder.

The heart of our identity, he said, is found in constant prayer, in preaching, and in shepherding the flock entrusted to our care. Our role, he said, is not "about preaching complicated doctrines, but joyfully proclaiming Christ."

He went on to speak about dialogue, suggesting how they were to approach those with divergent views: "The brother or sister we wish to reach . . . counts more than their positions, distant as they may be from what we hold as true and certain. Harsh and divisive language does not befit the tongue of a pastor." Ah, this is sound advice that church reformers also need to heed!

Pope Francis dominated the headlines during his week in the U.S. Even as his plane flew back to Rome, he was still in the news as Kim Davis, the Kentucky clerk jailed for her refusal to issue marriage licenses after the legalization of same-sex marriage, claimed that Pope Francis, in a private audience, urged her to "stay strong." Then came the Vatican's response that Francis did not endorse her views and that the only "real audience" Pope Francis gave was with a former student, Yayo Grassi, and his gay partner of 19 years. So much for trying to envelop Francis in the U.S. culture wars!

My whirlwind week with Pope Francis helped me to see why he is truly the people's pope. A modest man, Pope Francis teaches not only through words, but also gestures. He knows what matters in people's lives. He's not concerned about doctrines or dogmas, but about what touches people — their environment, their well-being, their joys, their pain. Christians see him as following the basic law that Jesus preached: "Love one another." People of other faiths and nonbelievers recognize him as an honest, unselfish human being who sees the good in others and gives them hope.

What a privilege to have spent a week with Pope Francis! 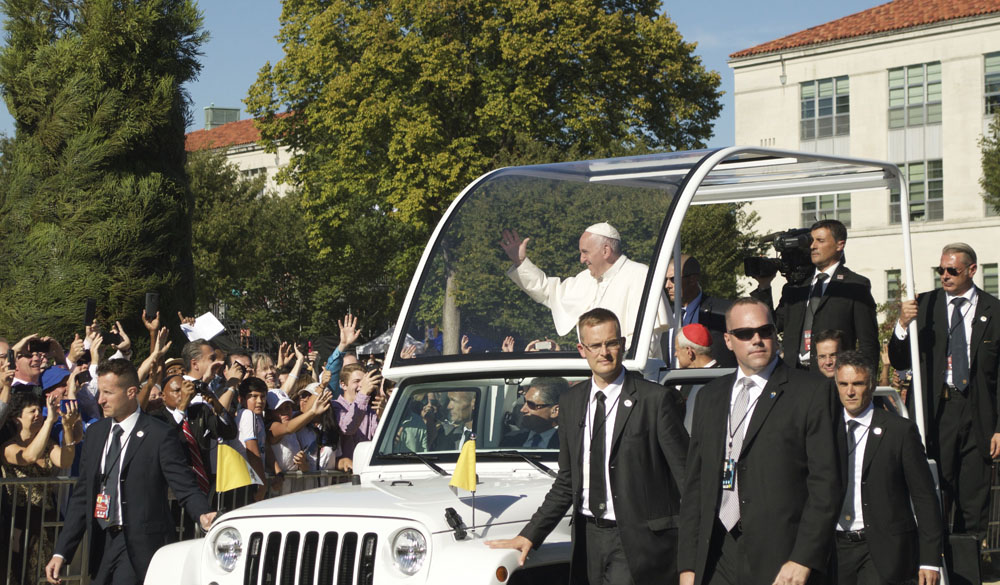 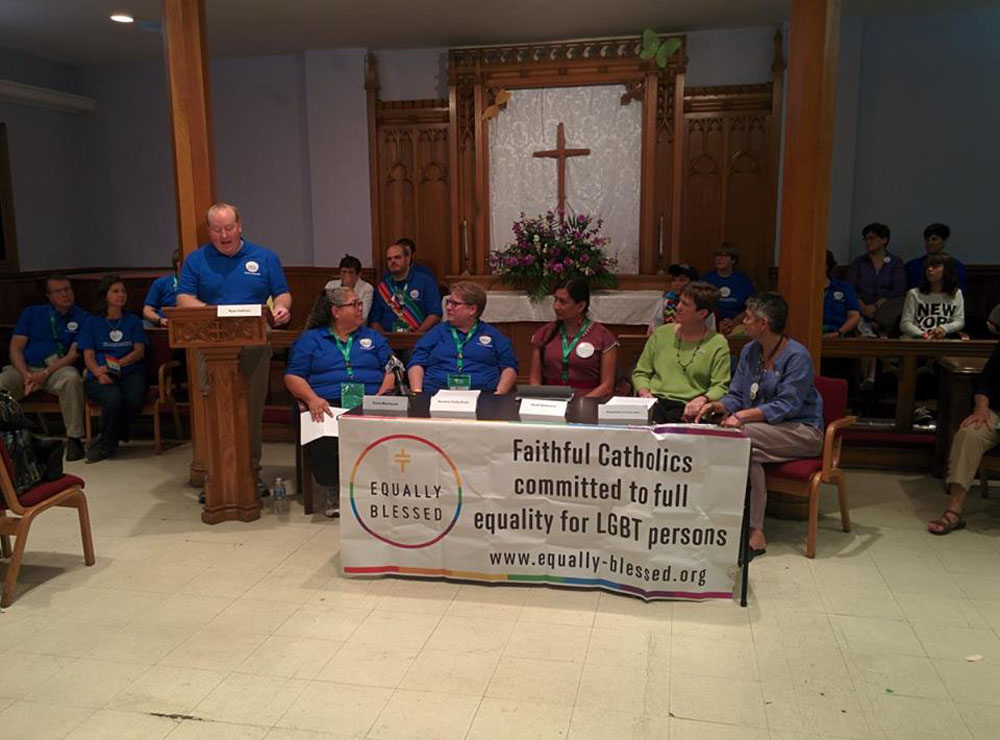