When Sr. Teresa Dagdag arrived in Baguio City in northern Philippines in 1984, her first ministry was with the Social Action Center for the Vicariate, which led her to found with several indigenous women the Igorota Foundation, which runs programs that empower indigenous women to reach their full potential, in 1987.

The 74-year-old Maryknoll sister was executive director of the Maryknoll Ecological Sanctuary, or MES (formerly Maryknoll Center for Justice, Peace, and Integrity of Creation), from 2006 to 2009 and has been its consultant since September 2018. She has been working with mission partners on the Climate Consciousness and Action Forum since 2018* and is a board member of Igorota Foundation.

GSR: How does your work at the Maryknoll Ecological Sanctuary relate to your previous or current ministries?

Dagdag: As director of MES, I was inspired to continue my involvement in ecological education. It is a deepening of my commitment to one Earth community where my evolutionary awareness has led to a systemic strategy for working toward a healthy human-Earth relationship. It is a way of working for transformation and ecological conversion.

As a board member of the Igorota Foundation, I am able to work in collaborative partnership with a focus on climate-change resiliency in indigenous communities. MES provides a context to do collective action with other mission partners.

Before I was assigned in Rome to do the work with JPIC in 2011, I had engaged in different situations of advocacy for justice, peace and integrity of creation. First of these was my work in a toy factory in Hong Kong in the '70s, where I stayed for six months measuring dolls' arms and legs to give me the opportunity to observe, reflect and learn from the women workers' situation of overwork, sexploitation and a low-wage system.

After this period, four of us Maryknoll sisters lived in a small space on the ground floor of a 16-story building in Sau Mau Ping near the Kwun Tong Industrial Town in Hong Kong. We lived simply in the limited space available to us. We could only bring with us a limited number of clothes. We slept in bunk beds and used foldable chairs and tables. We bought our day's food supply in the market five minutes from our small room and took turns cooking our meals. Many times, we would have an unexpected guest coming in to say hello, and we ended up inviting them for meals. It was a beautiful experience of living simply with limited food and other supplies while offering warm hospitality.

At JPIC, my involvement with the Food and Agriculture Organization [at the United Nations] gives me a vital connection to the emerging concern for climate change, which was the focus of MES's recent forum, "Climate Change and Organic Agriculture: Connecting the Dots."

What do you consider as milestones of the Igorota Foundation? How does it accomplish gender education and organization of indigenous women?

First is developing pride in indigenous culture that was not present before. Indigenous culture was considered backward, inferior and pagan when we started 32 years ago. Today, with education and organization of indigenous women, there is a recognition of the contribution of indigenous culture to mainstream perspectives. We look to them for the effective ways they have safeguarded the watersheds, forests and other renewable sources of energy. We have begun to learn from their intimate care for nature and natural resources through rituals that connect them to the Unseen Spirit.

Second is a realization that it is possible to become economically self-reliant through tested economic projects such as Passing on the Gift [a project of Heifer International Philippines where communities receive gifts like animals, seedlings and assorted vegetable seeds that they grow and forward the same to others in need], to be politically participative by taking part in local elections and politics to aim at better political participation by women who have introduced women-friendly pieces of legislation on the local level.

Third is equal respect from others that overcomes the discrimination and lack of opportunities. For me, our ministry has reached the interior mountain areas so much where scores of women's groups engage in gender-sensitivity reflections, livelihood projects involving animals and plants, and income-generating projects for group-managed social enterprises, such as ginger tea processing and growing of taro plants, to which women can add value through processing, etc.

Fourth, working together as a women's group that uses initiative to improve their situation. We have women who have realized that they have skills or have learned skills that could help them function as a group and work toward the titling of their ancestral domain.

Shame and poverty are two significant influences that cause early sex to lead to early marriage. My findings led me to conclude that early sex and marriage are based on a micro as well as macro framework that soaks the teenager in a sexual culture from which he or she cannot extricate him- or herself. So, I recommend the strengthening of the inner self or agency of the young person to make independent decisions instead of giving in to cultural influences.

I just came from a Catholic school in Ilocos Sur, where I was invited to talk about this phenomenon out of the administration's concern for a Grade 8 student who got pregnant.

The approach I take is to start with listening to the dream or vision of the young people and encourage them to carry this dream forward so they focus on their dream rather than get derailed by their sexual desires, which become obstacles to the achievement of their goals. Adolescence, after all, is a passage to adulthood from childhood.

Catholics are usually taught and told that having sex is sinful when done outside marriage, so when young people have engaged in early sexual intercourse, they are counseled to get married. Marriage becomes an antidote to early sex, and the adolescents and their parents make this decision even though they are hardly prepared for married life and family. Young people are to be well informed about the consequences of early sex, to be protected from promiscuous early sex so they can exercise their own agency in choosing the responsible path to maturity and adulthood. Catholic adults can help young people make responsible decisions by encouraging a healthy attitude toward sex.

Whereas teenagers may lack the wisdom to make adult decisions, it is the church community and other groups or institutions that could remind the young person that it is best to wait and practice delayed gratification despite the influences that nag them to go through with marriage in a civil institution or another church that would be willing to go through the motions of a wedding.

From 2011 to 2014, you worked with the Justice, Peace and Integrity of Creation Commission in Rome. How did your ministries in the Philippines and Hong Kong contribute to your work there?

This experience gave me the insights into the life's struggles of working women who have to work long hours to make ends meet. Often, they are not able to continue with their schooling. These instances are too many all over the world. They demonstrate the systemic injustice of our socioeconomic experiences and developed in me a passion to work for justice, peace and integrity of creation, for well-being and wholeness of members of the one Earth community.

In the Catholic Church, women are not authorized to preside at eucharistic liturgies. Women are assigned to do the readings and read the prayer of the faithful but are usually relegated to secondary roles and not allowed equal discipleship or fullness of ministry in the church. Women are not allowed to preach the homily in most occasions. This realization prompted me to initiate a JPIC working group aimed at collaboration of women and men in the church in Rome.

How did your work in Rome enhance your ministries in the Philippines?

My previous work in Rome has given me the macrocosmic framework for working for justice, peace and integrity of creation in local areas like Baguio City, a microcosm of our global reality. For example, one of the working groups of JPIC aims to address mining issues as a way to work for integrity of creation, for justice to the miners and better working conditions in the mines. Unjust mining conditions exacerbate the exploitative practices of mining companies; environmental problems are experienced in the Philippines where mines leave tracts of land stripped of healthy soil.

Climate change is an issue that needs to be dealt with urgently through mitigation and adaptation.  My work in Rome with the International Congregation of Religious at Food and Agriculture Organization Working Group has helped me seek systemic change to the problems of food security and food sovereignty to support small-scale organic farming and to encourage healthy food and nutrition choices.

*An earlier version of this Q&A gave the incorrect year. 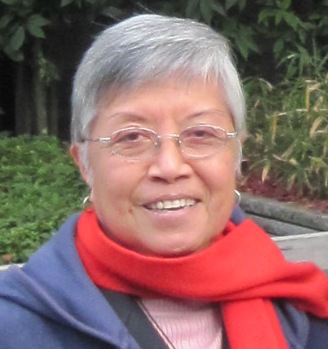 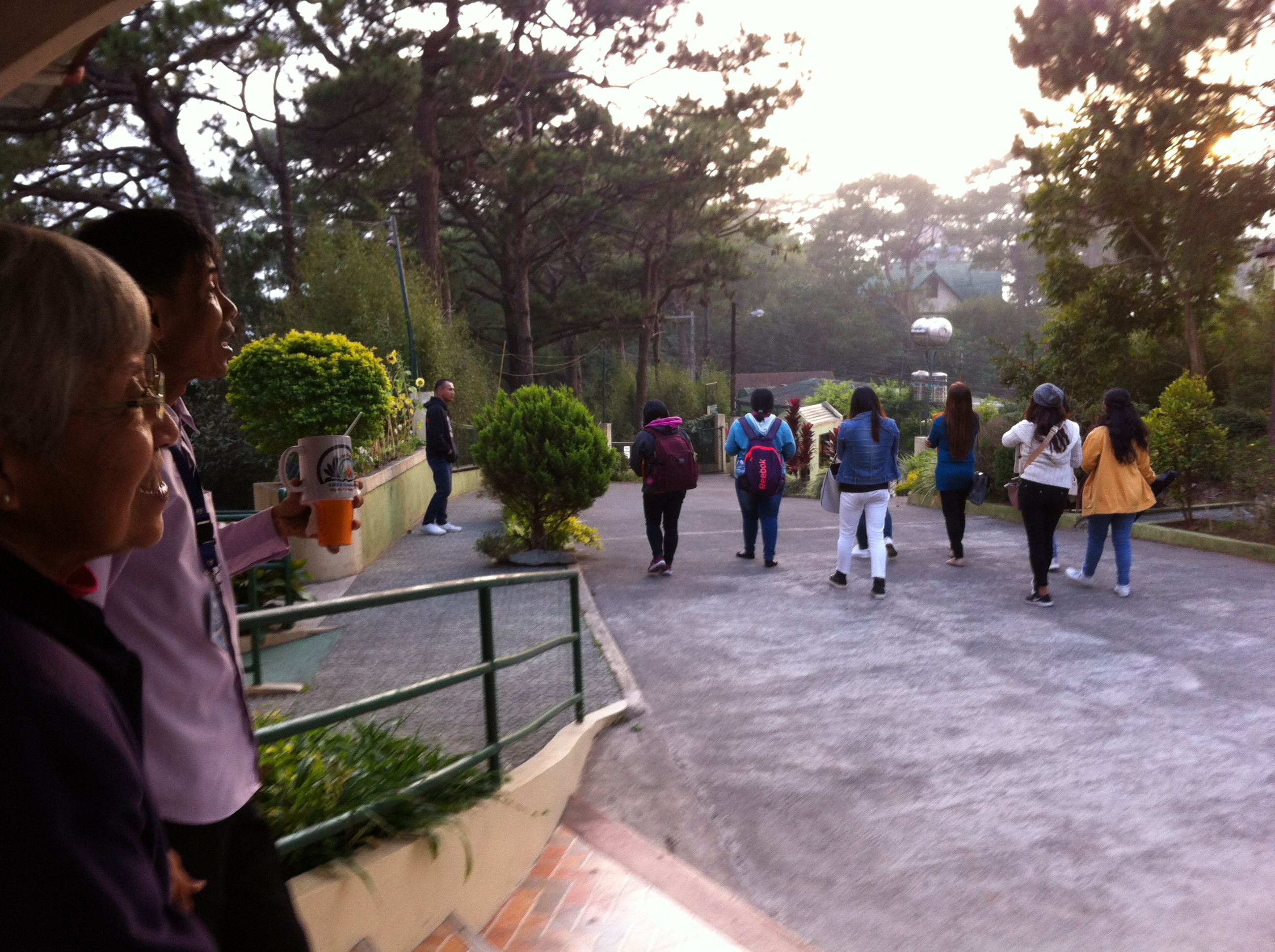 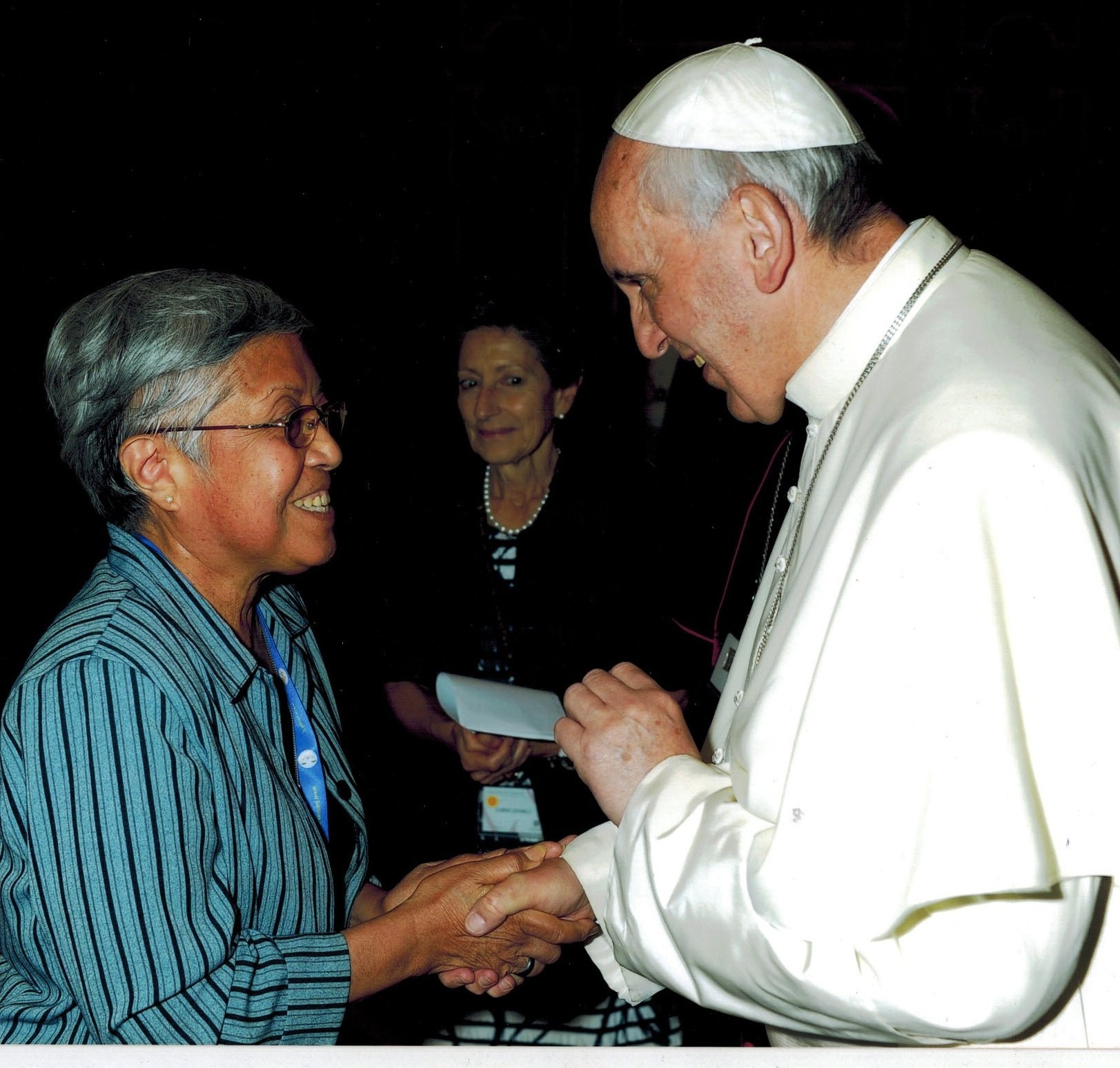