Sr. Lilian Curaming of the Franciscan Missionaries of Mary in the Philippines has been engaged in interfaith dialogue since the 1970s, almost four decades.

In 2000, in collaboration with the Order of Friars Minor of conflict-ridden southern Philippines, she started the Franciscan Dialogue Program, a program of interfaith dialogue designed for Franciscan religious as well as laypeople who live the Franciscan charism.

From 2006 to 2009, she worked with Capuchin Fr. Donal O'Mahony to start the Damietta Peace Initiative in South Africa and in other African countries. From 2010 to 2015, with the Franciscan Family Association for Kenya, she established St. Anthony of Padua Institute of Africa, or SAPIA.

Currently, Curaming is a lecturer at different missiological and theological schools and institutes in the Philippines on interreligious dialogue, dialogue with Muslims, missiology, organizational development, guidance and counseling, and spiritual direction.

GSR: Tell me more about the Franciscan Dialogue Program.

Curaming: The formation program creates awareness on the political, social, economic, cultural and religious situation of Mindanao. It contains relevant inputs and follows a systematic method of teaching.

There are three phases. The first phase helps clarify and understand the sources of the tense relations among the tri-people [Muslims, Christians, and indigenous Lumads] in some areas in the southern Philippines. The program provides a clear and objective historical perspective that negatively conditioned our views toward one another.

The program reminds us that the church and the few missionary approaches adapted by the first evangelizers who came to this land were factors that contributed to the present unhealthy tri-people relationships.

The exposure to the everyday life of Lumads and of Muslims during the second phase of the program has affirmed and enlivened the inputs of the first phase. The thorough processing of experiences allows us to be open and gradually makes us understand the many realities within ourselves.

The Franciscan spirituality and dialogue, which the third phase contains, make us appreciate our Franciscan roots. We saw that dialogue with people of other faiths is integral in the peace movement of St. Francis of Assisi, and a beautiful charism is to be made concrete in the life of his followers.

In the program, participants pray and live together, including evening recreation and outings and ordinary rubbing of shoulders during the program. These were necessary components in the overall program of formation. All these nurtured deeply the bond among us as members of the Franciscan family and as humans who need the support of one another.

What has been accomplished since the program started in 2000?

I left for Africa in 2006, so I am not aware of how it has evolved. A lot of changes were made.

As to its other accomplishments, surely, changes of hearts, minds, attitudes toward peoples of other faith took place among those who participated in the program and their communities and those whom they touched in their ministries. Lessening of biases and prejudices among Christian and Muslims took place.

There is also internal dialogue among Franciscans and awareness that this important aspect of their charism is taking place. Participants of the program influence the Franciscan world here and abroad.

How does the Franciscan Dialogue Program relate to the Damietta Peace Initiative in Africa?

Both are Franciscan-initiated and inspired by the life and witness of St. Francis of Assisi.

What were challenges with the Franciscan Dialogue Program and the Damietta Peace Initiative in Africa?

Common to both programs are lack of qualified local Franciscans to commit themselves to run and provide staff and personnel. Stable funding is always a challenge to run and maintain the programs toward economic self-reliance.

Where do you see the interfaith dialogue you are involved in leading to?

A world of peace and harmony where life is lived to the full.

What are the most important elements to have in conducting interfaith dialogues?

In my dialogue, I try to follow the life and witness of Francis, showing that all men and women, even the seemingly most insignificant and repulsive among them, are creatures created by the same God. I also try to show that all, without exception, have been offered the same grace of salvation and have been endowed with the same inestimable dignity and worth. All men and women are brothers and sisters to one another, born of the same and gracious gift of God.

How do you establish those elements?

Reach out to all and live interreligious dialogue.

How do you see the Holy Spirit working in your ministry? How do you keep your spiritual energy strong?

In my particular ministry, I am guided through the Holy Spirit (I hope and pray) by this conviction from Max Warren:

Our first task in approaching
another people,
another culture,
another religion,
is to take off our shoes
for the place we are approaching is holy.

Else we may find ourselves treading on another's dream.

More serious still,
we may forget...
that God was here
before our arrival.

I keep my spiritual energy strong through spiritual exercises with spiritual resources and try to be holistically healthy. 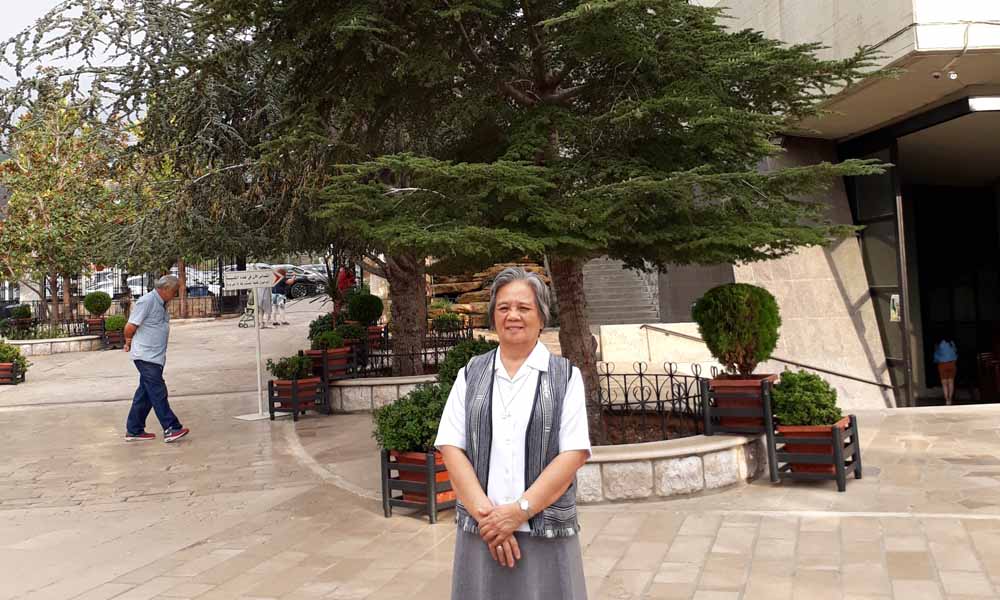 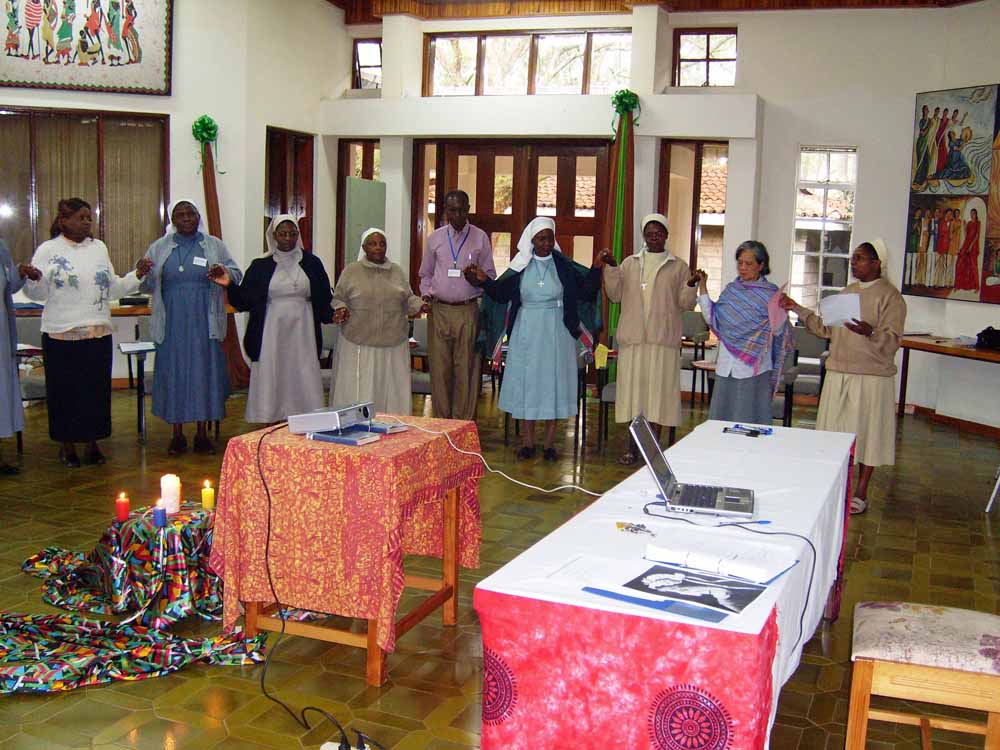 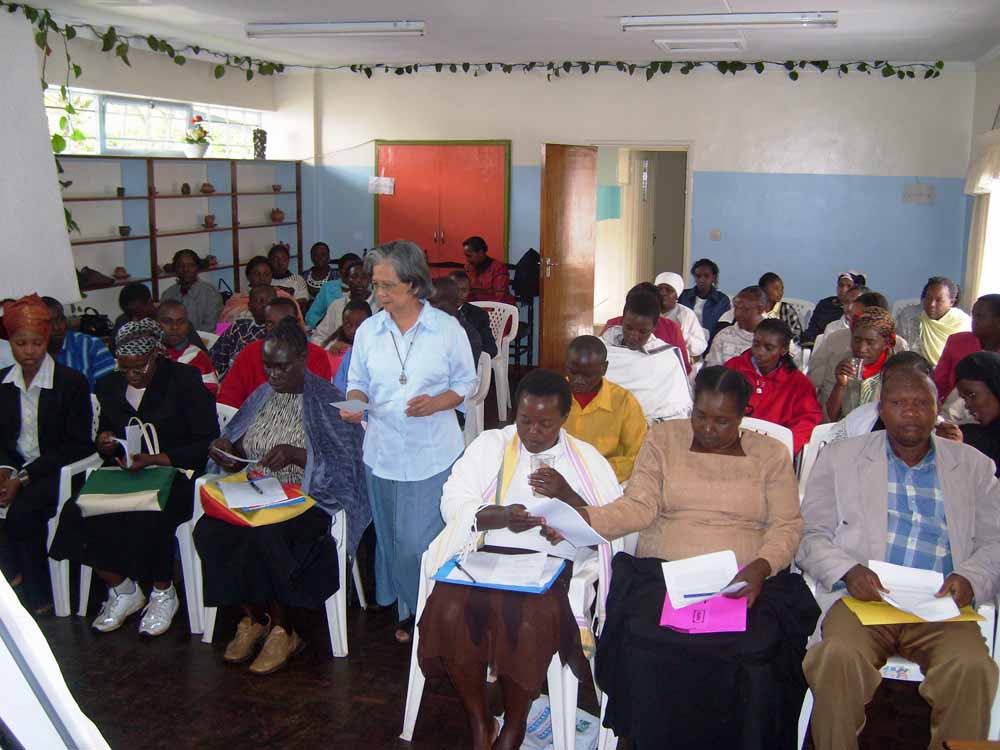