Kylemore Abbey is the only Benedictine abbey for women in Ireland. The 1,000-acre Kylemore estate is located in the majestic Connemara landscape, between the Killary fjord in Leenane and Connemara's capital, Clifden.

Kylemore's famous neo-Gothic castle, which dons many tourist brochures and postcards, has only been home to the Benedictine nuns since 1920, when the community relocated from Ypres in Belgium in the wake of World War I.

Today, Kylemore Abbey, which was a boarding school until 2010, overlooks the shores of Pollacappul Lake and incorporates an award-winning Victorian walled garden. Dublin-born Abbess Máire Hickey joined the Kylemore community 10 years ago after spending time as abbess at the Benedictine abbey of Burg Dinklage in Westphalia, Germany. Despite the difficult context for the Catholic Church in Ireland today and the crisis of faith in Irish society, 80-year-old Hickey is hopeful about the Kylemore's future.

In 2016, the University of Notre Dame in Indiana opened a new education center at Kylemore Abbey, renovating almost a fifth of the abbey's overall floor space to provide facilities for conferences, short undergraduate and interdisciplinary courses, master classes, artist residencies and retreats for Notre Dame's staff and students.

At the official opening, Hickey said: "The partnership with the University of Notre Dame will strengthen our foundations in Kylemore and the west of Ireland and, at the same time, open up Notre Dame's global network of communication and mission for the spirit of St. Benedict. The opportunity of cooperation with Notre Dame is a huge blessing for all who are involved with us in our work here."

GSR: How did you find your Benedictine vocation?

Hickey: I was studying classics at Oxford. I had entered a community that I had been at school with but left, thinking I was too young and that I'd made a mistake.

At Oxford, I got to know a Benedictine monk, and through him, I got to know other Benedictines from Germany who were studying theology and philosophy. It was after the Second Vatican Council, and they were full of enthusiasm about everything. They went back to Germany when they were finished, and I went my way, but we were in touch. They invited me over for Easter. I went and it blew me away! I think I became a Christian that Easter; it just hit me what the whole thing was about.

I joined Burg Dinklage in 1974. I was there until 10 years ago, when I finished my term of office as abbess. On St. Bridget's Day in February 2007, I came to Kylemore.

Are the Benedictines in Kylemore enclosed?

"Enclosed" is one of those words, like "contemplation," that is part of religious life but not precise; there are various different forms of it. We were fairly strictly enclosed in Belgium, but when the community was set up again here in Kylemore by the archbishop of Tuam in 1920, he said, "I know you are supposed to be enclosed, but you can't build a wall around Kylemore. Look at those mountains — that is your enclosure." So, we took that very much to heart.

I don't believe a vow of stability is written in stone. You are wedded to a community, and these are the people you are committed to and let yourself be formed by. We are growing together in faith. But you may be away for a year or two or three years. We probably have a bit more of that kind of exchange than many other Benedictine communities would have.

Are there any younger sisters in Kylemore?

With the situation that we're in at the moment, it wouldn't be a good place for training people. Part of our way of life is that you learn it by living it. As we haven't got the buildings for the community at the moment, we haven't been trying very hard [to attract vocations], but there are people interested, and we will definitely be following up.

We have sisters who are already professed staying with us on a long-term basis for one or two years. That is what I envisage for a transition period. We can't move into the new monastery and immediately have a pile of new novices. When we move to our new buildings, we will need a bit more womanpower than we have at the moment. Hopefully then, there will be new people entering.

I met a Chinese woman here who is discerning her Benedictine vocation. Is Kylemore becoming a more intercultural community?

Yes. From the beginning, there were Irish, Belgians, English, French and Germans in the community. When the community moved to Kylemore, the boarding school very quickly became international. There were students from every part of the world, from the U.S., Mexico, Spain, Africa — there were even two Indian princesses at school here. International was normal.

These days, in the community, we have some sisters from other places. Sister Genevieve is Australian, Sister Julian is from the U.K. She is not one of our community but has spent about three years living here and is back on a visit at the moment.

What role does Kylemore play in the economic life of people in the surrounding locality?

We are the biggest employer in the area. At the height of the summer, we would have nearly 150 people working here, a lot of them local. That number reduces in the winter. Many families look to Kylemore for their living, and a lot of little businesses around us here benefit too.

Kylemore is a landmark location. When the school closed in 2010, some people thought Kylemore Abbey would close, too. But in recent years, there have been new developments. What plans are there for the future?

It is a landmark location! Kylemore was chosen as the watermark for the middle pages of every Irish passport.

Our aim as a community is to be as self-supporting as possible through money earned by the sisters and their pensions. We are hoping to be able to pay our way as a community through the money that comes in from the business, which is going well. We make chocolate and soap, and we intend to develop the area of community hospitality. But we need huge amounts for repairs and development of the old buildings on the estate — it is endless.

We have various plans. We would like to develop the building. There is scaffolding covering the stonework of the main building and the roof at the moment. It will be wonderful to have that finished. But then the building needs to be rewired, and it also needs to comply with fire regulations. We have beautiful rooms that we can't use for anything at the moment because they are not fire protected.

We want to get all of that done, and we would also hope to turn the old schoolrooms into accommodation so that the whole building could become a retreat center for Irish faith and spirituality. We haven't got a timescale yet for all that; we'll plan the timescale in the next couple of years. The plan is developing, and we'll be asking people to support that financially as we are going along.

The new church down by the visitors' center is built on what used to be the school gym before the school closed in 2010. That was our first step into our new future: transforming the gym into a church that people could get into. Long before the collaboration with Notre Dame was on the horizon, we had decided to stay and find ways of building on Kylemore's potential as a spiritual center, which would enhance the tourist business and speak to people's souls.

One of the decisions we made was to build a new monastery because the nuns used to live in the building where the Notre Dame center is now located. Notre Dame renovated it, and it has been transformed. There are also plans for Notre Dame to build a residential apartment by taking a slice of space from the main building. They haven't fixed when it will happen, but the plans are ready for that, and so it will probably be over the next year or two.

We have the plans for the new monastery. We got planning permission last November, and we also have a certain amount of funding — not everything yet, but enough to start. We will start building the new monastery at the end of this year. 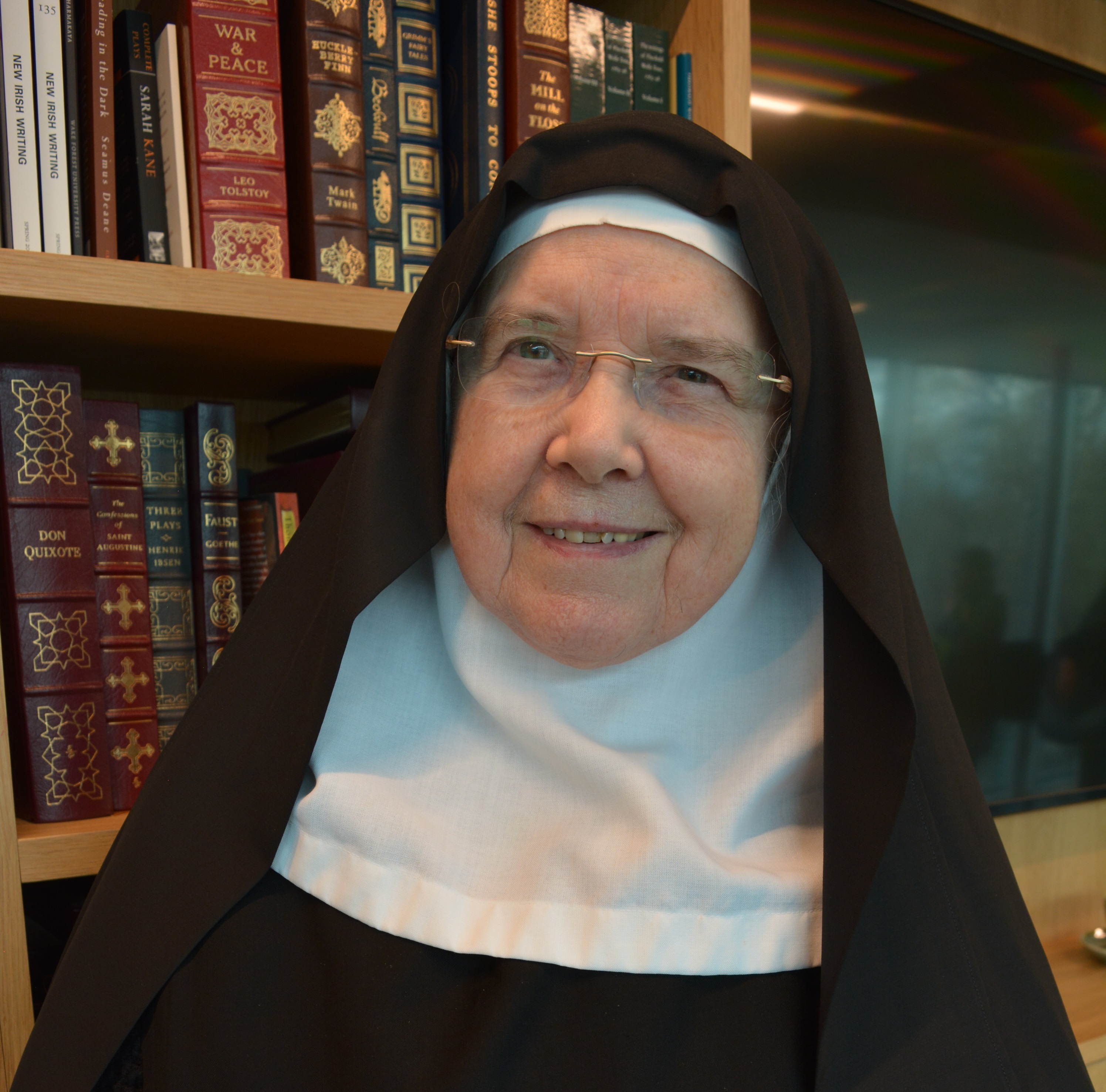 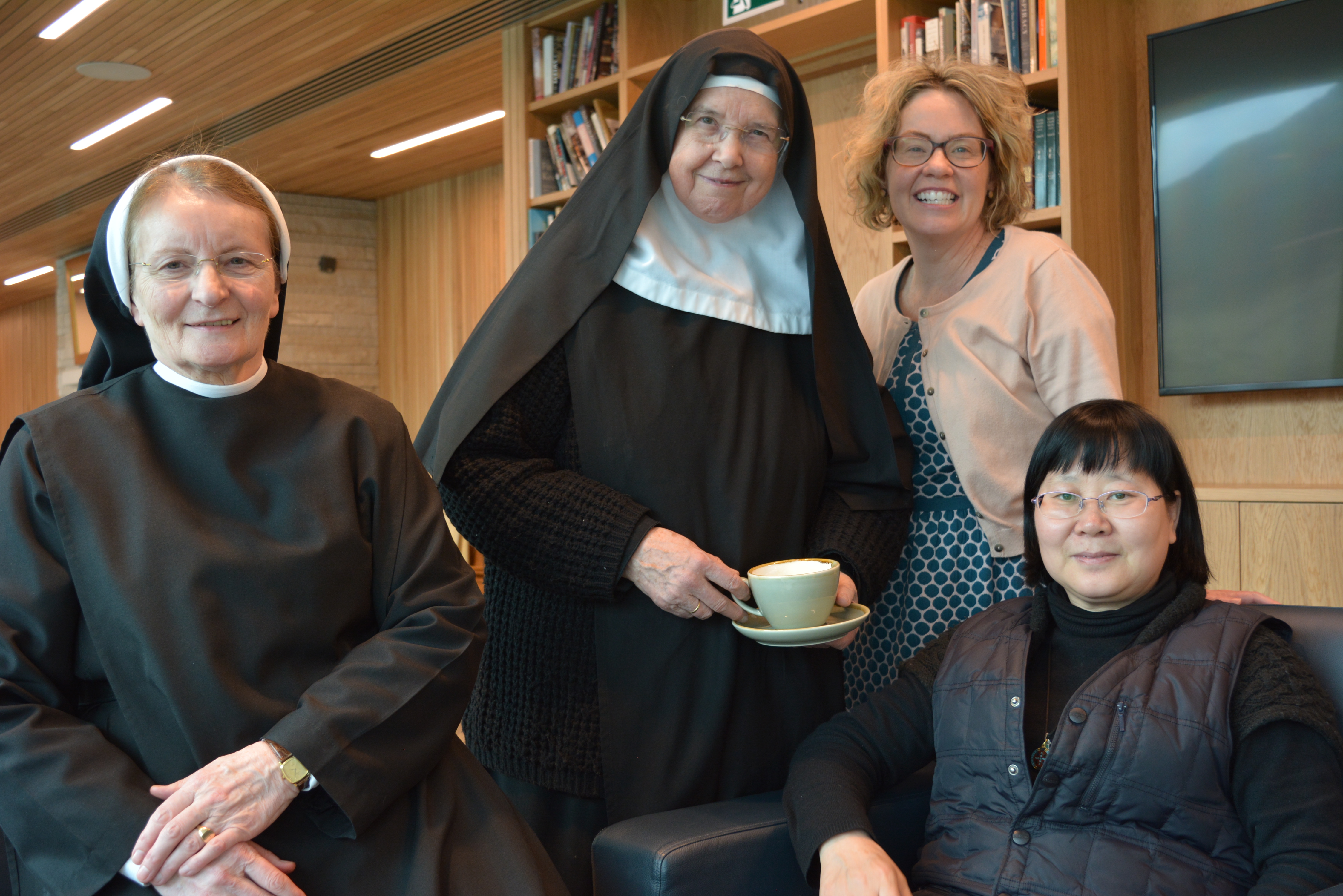 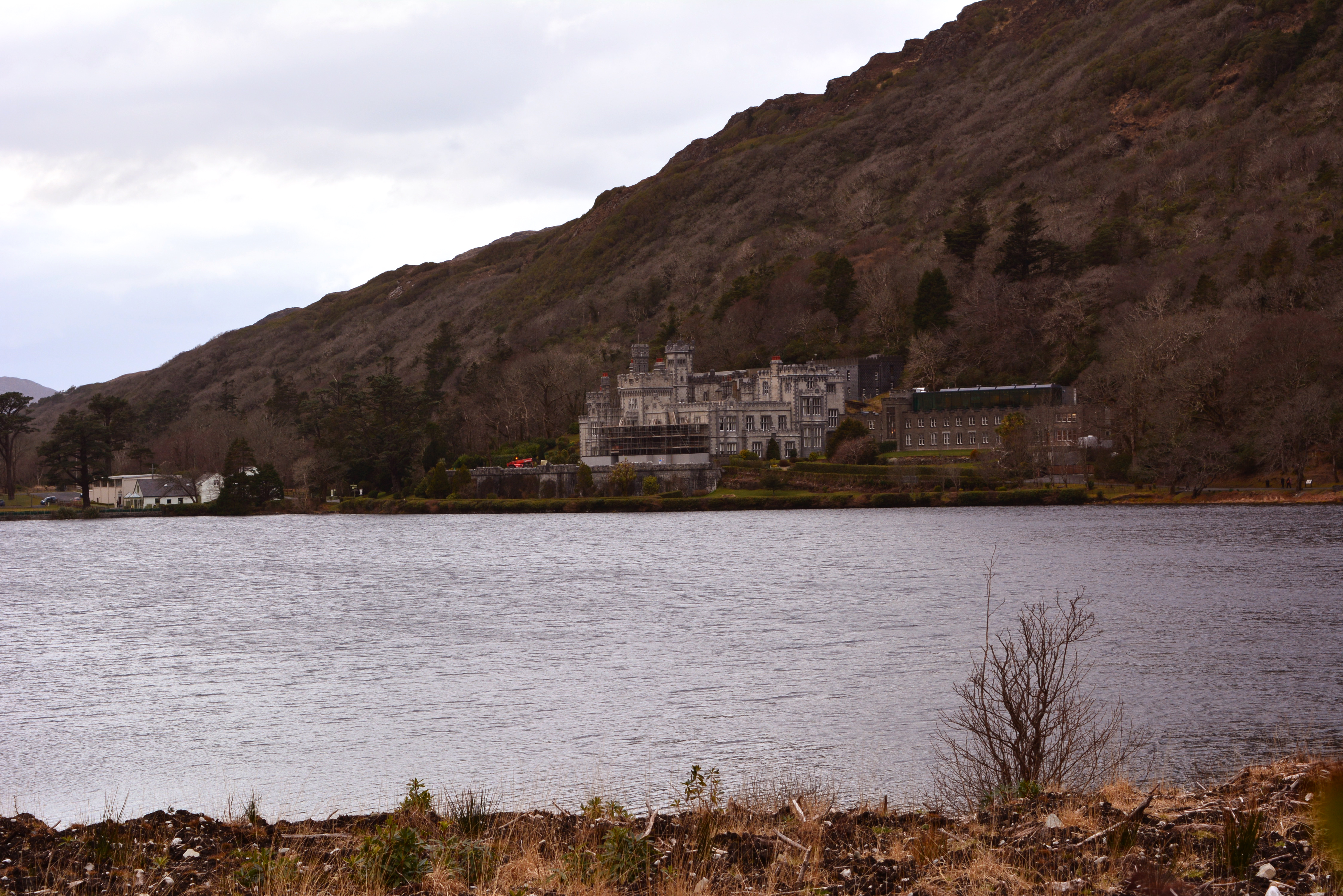