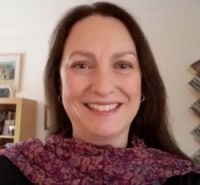 Sarah Mac Donald is a freelance journalist based in Dublin. She contributes to The Tablet, the Irish Independent and NCR. She researched and produced the documentary "Mary Ward – Dangerous Visionary," which tells the story of the 16th-century foundress of the Institute of the Blessed Virgin Mary and the Congregation of Jesus. She has contributed to books, including The Francis Factor: A New Departure (Columba Press, 2014) and God's Entrepreneurs: How Irish Missionaries Tried to Change the World (New Island Books, 2010).

The Religious Formation Ministry Programme at Loreto House in Ireland aims to help women and men religious better serve others by serving their own needs.

At University College Dublin, Professor Deirdre Raftery has led a project to digitize a unique collection of more than 500 photos taken in 1902-1908 by Mother Michael Corcoran of the Institute of the Blessed Virgin Mary.

A new video series highlights hope and perseverance as sisters speak about how the Mercy charism has been a touchstone for their journeys and how they embraced new ways of living their vocations in the 21st century.

As Ursulines shift presence in Ireland and Kenya, their links and legacy endure

The Ursulines in Ireland face a lack of vocations and an aging profile, while the community they founded in Kenya is thriving. Changes in both countries reflect new needs, rooted in the congregation's mission.

Q & A with Sr. Imelda Wickham, sharing insight into the reality of prison life

UISG webinar on advocacy: Walk with, give voice to those on the margins

Q & A with Sr. Anne Lyons, author of a new booklet about Venerable Nano Nagle

Congregations apologize amid report that thousands of children died at homes

Ireland honors two sisters for their work around the world

Q & A with Abbess Máire Hickey, charting a path for a Benedictine abbey's future