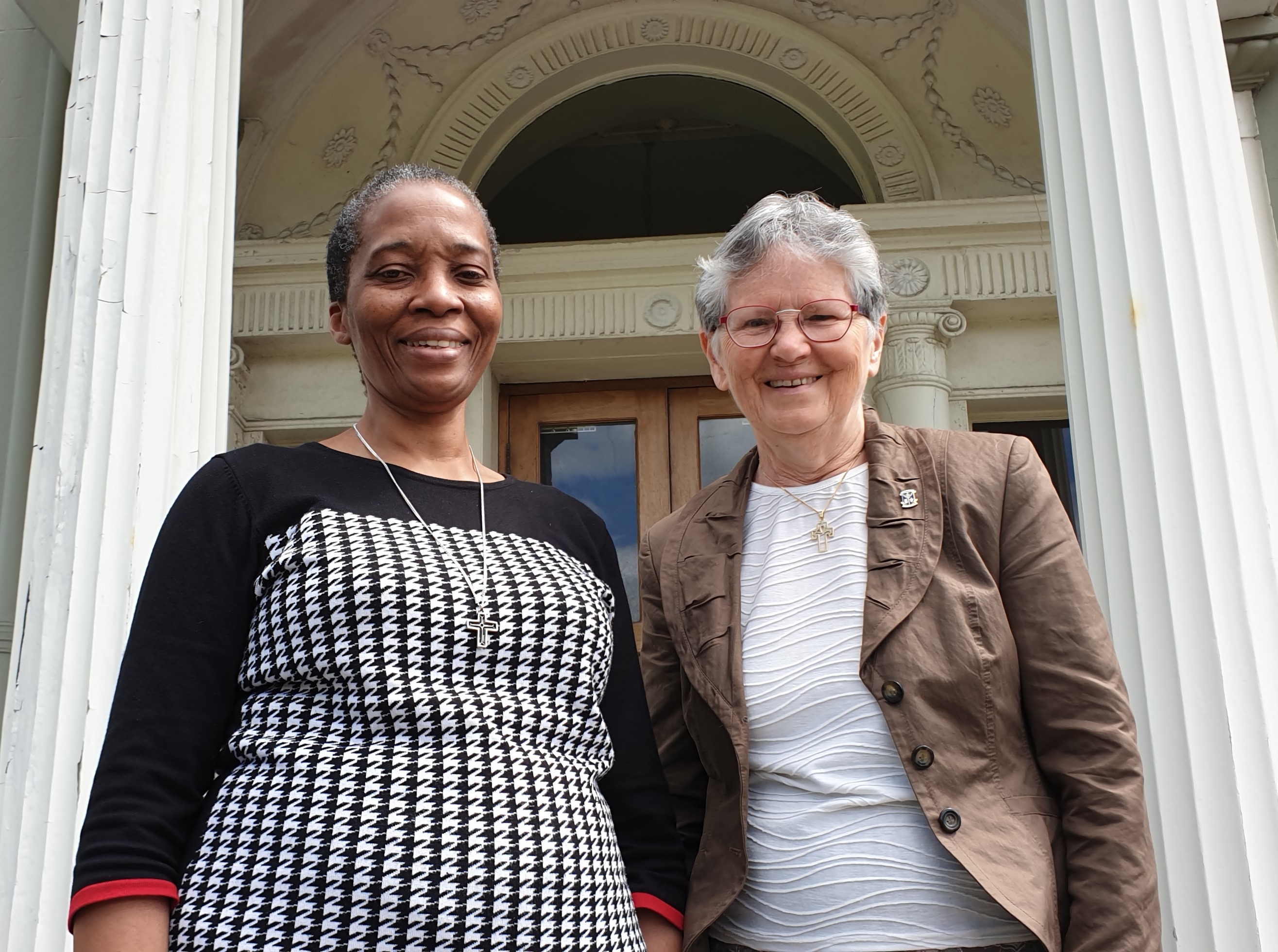 Sr. Josephine Enenmo of the Missionary Congregation of Our Lady of Apostles, left, directs the Religious Formation Ministry Programme at Loreto House in Blackrock, County Dublin. With her is her predecessor, Sr. Ann Concannon of the Sisters of St. Louis. (Sarah Mac Donald)

Sr. Samira Gill, a Presentation Sister from Pakistan, dedicated her life to serving the poor. But that left no time to understand her own spiritual needs.

Then she joined the one-year Religious Formation Ministry Programme, or RFMP, at Loreto House in Blackrock, County Dublin, in Ireland.

"I was ignoring myself," said Gill, 38. "This course has helped me understand the need for balance." 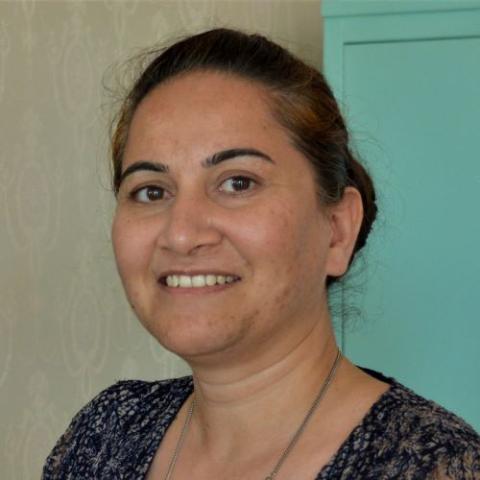 Sr. Samira Gill, a Presentation Sister from Pakista, joined the program so she could understand her own spiritual needs. (Sarah Mac Donald)

That idea of being better able to serve others by also serving your own needs is reflected in a framed quote from philosopher Carl Jung, which hangs in the hall of Loreto House: "Who looks outside dreams, who looks inside awakes."

"You can live for others, but you need to develop and care for yourself and your emotions," Gill said. “I was living with the poor and doing all those things for God but inside the spirituality was lacking something."

More than 1,000 religious men and women have participated in the program since it was established in 1982, half of them women religious from Ireland, Europe, Asia, Oceania, Africa and South America. It operates under the auspices of the Association of Leaders of Missionaries & Religious of Ireland (AMRI) but is funded by participants’ tuition fees and is therefore self-financing.

The program developed in response to the need to prepare religious women and men for ministry in the formation of new members and for leadership roles in their congregations or dioceses. Over its four decades, the number of international participants has steadily increased. A significant number of religious also participate for personal renewal or to discern future ministry during a time of transition.

Sr. Uche Ojukwu is a Religious Sisters of Charity from Nigeria who took her final vows in 2015. The course, she says, has been "a great help" in guiding her understanding of the concept of servant leadership. "Not just being a leader, but how do I bring people along and how do I collaborate with them," she said. "I feel that I am growing." 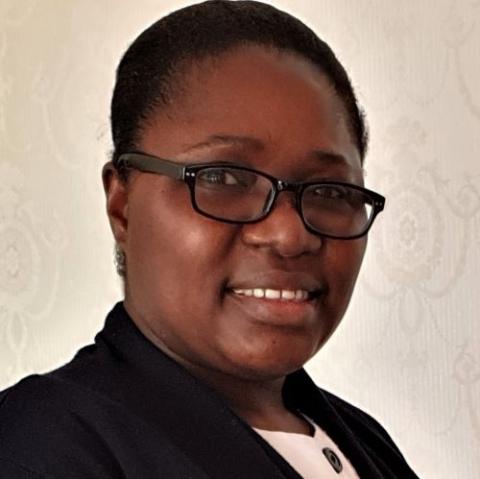 A parish worker, Ojukwu will return to Lagos State to bring her new insights to bear as she works with the parish pastoral council, the parish catechist and local children. "I will do it in a gradual way, knowing that there is wisdom in the group and each individual is gifted, so trusting in the process," she said.

The team running the RFM Program is currently led by Sr. Josephine Enenmo, a member of the Missionary Congregation of Our Lady of Apostles. A psychodynamic psychotherapist, a form of psychoanalysis that focuses on self-reflection and self-examination, she has worked at the Institute of Formators in Du, Plateau State, in her native Nigeria, where she was involved in training priests and religious for formation work. She served as director of that institute 2012-8 before she joined the Loreto House team in Dublin. She was appointed director in March 2021.

"What excites me about RFMP is the internationality of the program. I really enjoy interacting with and being enriched by participants who come from different parts of the world," Enenmo explained.

The growing need for the course stems from a shift in understanding about who exercises leadership.

"All of us in religious life are now assuming roles of leadership. We still have structures like superior general or provincial, but in different ways we all exercise leadership within communities, within parishes, within whatever ministry we are involved in," Enenmo said. "This program is an opportunity to develop that and for the individual to take responsibility for his or her life. It is about making the journey yourself in order to be able to journey with others." 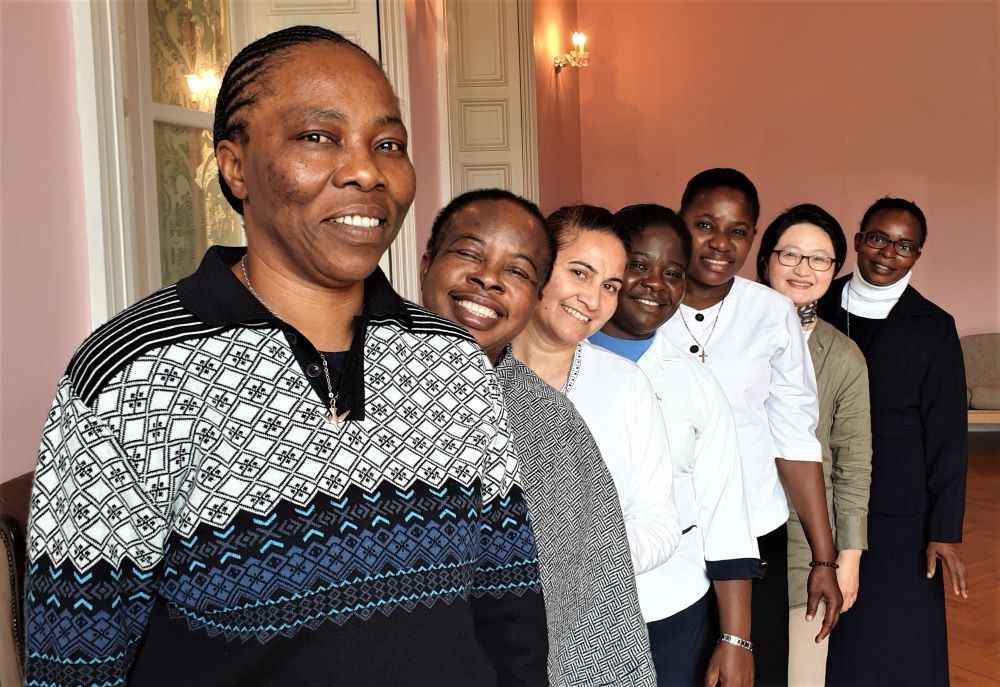 On the day GSR visited Loreto House in Blackrock, Enenmo’s predecessor, Sr. Ann Concannon, was giving a guest lecture to course participants. Concannon, like Enenmo, is a psychotherapist. The St. Louis Sister made her profession in Ireland in 1974 and went to Nigeria the same year, armed with a science degree. She spent 30 years working as a secondary school teacher, first in Nigeria and then in Ghana. After that she went to Rome and earned a degree in psychology and psychotherapy. She worked on the same formation program, which the Nigeria Conference of Women Religious set up, that Enenmo was director of until 2018. After a stint of six years as part of the St. Louis Sisters leadership team, Concannon was involved in Loreto House.

'It is about making the journey yourself in order to be able to journey with others.'
—Sr. Josephine Enenmo

Concannon spoke to GSR about her 10 years on the RFMP staff, including four as director. When it was first established, the program was about training of trainers in formation ministry — formation ministry has since come to be understood in the context of religious leadership in general.

"If somebody is in the role of formation in religious life, they are often asked to take on leadership. The course is about formation of the formator. You cannot help another person to mature unless you have walked that road yourself," Concannon told GSR. "It is a journey of self-discovery and self-acceptance, as well as learning new ideas in terms of theology, psychology and life."

Forty-six-year-old Sr. Ifeoma Okoye is a Holy Rosary Sister from Nigeria who participated in the RFMP course that finished up in June. She was on the program as part of her preparation for her role accompanying younger members of the order in formation in Cameroon, Kenya, and at the novitiate in Nigeria. The most important thing about the program, she said, was "discovering my strengths and my weaknesses with the help of counseling, spiritual direction and mentoring."

One team member who oversees the program is Sr. Jennifer Burke, a Religious of Jesus and Mary, who has served Spain, Nigeria, Cameroon, France and Morocco, where she was involved in spiritual accompaniment, ongoing formation and administration. She joined the Loreto House team in September 2021. 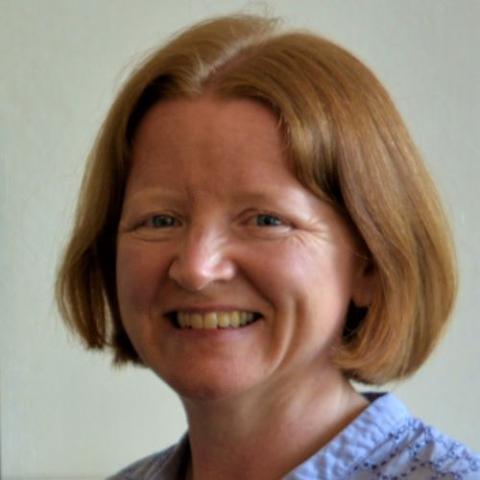 Sr. Jennifer Burke of the Congregation of the Religious of Jesus and Mary serves on the program team. (Sarah Mac Donald)

"Part of the philosophy of the course is the idea that in order to journey with others and accompany others, you need to have made the journey yourself first and that leadership is seen as collaborative — at the service of others," Burke said.

Those contemplating the program are invited to consider if they are willing to embark on a life-changing journey of inner transformation and experiential learning, integrating the human, spiritual, pastoral and intellectual dimensions of formation. They must also be willing to develop their pastoral leadership and teamwork skills in a Gospel-rooted, deeply incarnational, faith-based inter-national, inter-cultural and inter-congregational setting.

Everybody who participates in the program is interviewed before being accepted. "We only accept people we feel can enter into the program and will benefit from the demands it makes," Concannon said. “"t is quite demanding in terms of your personal life."

Participation is full time; participants must be completely free from all commitments during the year. The RFM Program is nonresidential, so participants either stay with a community belonging to their congregation in Dublin or with a host religious community nearby.

Back in 1982, each course would accommodate roughly 30 participants, but in more recent years the average number of participants has been in the low 20s. As a result of the challenges posed by the COVID pandemic, the 2020-2021 program was postponed, and ran with only nine participants this year.

"We have always hoped over the years that we would get a balance between men and women. I think in recent years, there was only one year where there was one more man than there were women. But generally, it is more women than men, but fairly balanced," Concannon said. The course beginning in autumn 2022 is expected to have 20 participants.

Asked to sum up the essence of a good leader, Concannon replies: "Somebody who knows themselves. Somebody who is aware of their own strengths and weaknesses and who has come to terms with that, who accepts herself or himself as they are."

Having a good understanding of motivation and being able to help others to get in touch with their own motivation is fundamental, she believes.

"You want somebody who is open to new ideas. Somebody who is able to listen and learn, assess what is good and helpful, and go with it," Concannon said. "What we really hope for is that at the end of the program a person will be comfortable in their own skin." 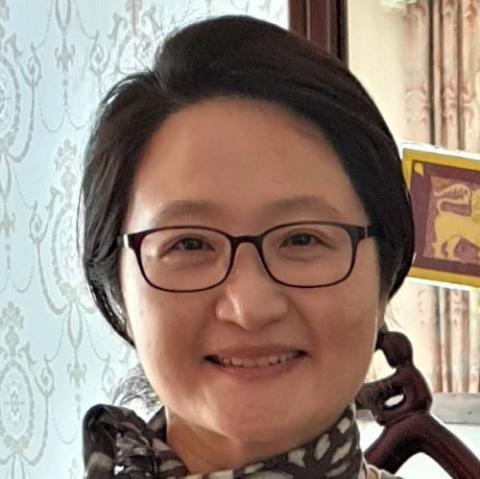 Sr. Yoojin Choi, a Missionary Sister of St. Columban from Korea, undertook the program to prepare herself for moving from ministry in Philippines to Pakistan in August. (Sarah Mac Donald)

The current RFMP team is comprised of Enenmo, Burke and Fr. Joe McGee, a Missionary of the Sacred Heart. They help participants find a counsellor outside the program so that they have a safe space away from the program to discuss any personal matters that arise. Participants also do a pastoral placement in Dublin which involves ministry with the marginalized.

"It is important that participants have made the journey themselves and are more capacitated to journey with others," Burke said. "One of the joys of working here is seeing people develop over the year."

Sr. Yoojin Choi, 52, is a Columban Missionary from Korea. Prior to the program she worked for seven years with impoverished homeless who eke out an existence in a cemetery in Philippines capital, Manila. She undertook the program at Loreto House in preparation for her move to Pakistan in August.

"I needed time to know myself more deeply and for inner strength so I can survive in a challenging country," Choi said. "Before the program I just wanted to be a good sister and a good person, so I used to ignore my feelings and my emotions. I've learned here to be honest to myself in order to honest to others and honest to God."