Sr. Doyet Luarca never thought she would be among the Missionary Sisters Servants of the Holy Spirit who were doing mission for almost four decades in her Mangyan tribal community.

In a historic event, she professed her first vows on May 1, 2005, in a ceremony mixed with Mangyan rituals in a centuries-old church in Naujan at the foot of Mount Halcon in the province of Oriental Mindoro, Philippines. It was the first time a profession was held outside the convent. A truck full of jubilant Mangyan people came in from Dangkalan, an islet in the southernmost part of Oriental Mindoro.

At first, Luarca's family objected to her vocation because they were expecting her, the fifth among nine siblings, to follow the Mangyan tradition and help them in household chores and livelihood in Dangkalan.

Luarca grew up like other Mangyan girls who loved to swim in the sea and climb trees and mountains, unmindful of getting dirty. While many Mangyan girls would be married and have their own family, she earned a Bachelor of Science in education at Divine Word College in Calapan City, the provincial capital, and supported her younger siblings in school from a teaching job.

The Holy Spirit sisters from Manila, even the older ones, came to her profession in full force, enthusiastic to welcome a Mangyan to their congregation. Bishop Warlito Cajandig wore his miter for the first time in 16 years and led a group of diocesan priests and novices and missionaries of the Society of the Divine Word.

During the program, Luarca was brought like a bride to the altar by her father, Ulim, 77. Both were in full Mangyan attire. As part of a Mangyan ritual, a budyong (horn) was blown three times to signal the start of the ceremony, then a fire was lit before a procession entered the chapel to cleanse the area of bad spirits.

After the homily, she received blessings from her father; Mangyan mission director Divine Word Fr. Ewald Dinter; and Sr. Milagros Sandoval, provincial leader of the Servants of the Holy Spirit-Philippine North.

After they spoke, as a gong was played for the dance of celebration and thanksgiving, Luarca changed into the habit and veil that was gifted to her. Fire, fruits, soil, a Mangyan dress, a cross, the constitution of the Holy Spirit Sisters, bread and wine were brought to the altar during the offertory. Luarca professed her vows, signed the kasulatan (documents), and shared a thanksgiving song.

She professed her final vows in Calapan City April 16, 2011. Her first assignment was among the indigenous people of Bukidnon under the Cagayan de Oro Archdiocese in southern Philippines. Afterward, she worked for vocation animation in Cebu; then at Holy Spirit School in Tagbilaran, Bohol; then as campus minister at Holy Name University, owned by the Society of the Divine Word, in the same province; and then in Surigao del Norte with the Mamanwa indigenous people. Now, she's back to the indigenous people in Bukidnon.

GSR: Coming from an ethnic group, why did you choose to be a Holy Spirit sister?

Luarca: It was not really my plan to join the Missionary Sisters Servants of the Holy Spirit. I met sisters from other congregations when I was still in high school, and I was led to think of joining religious life.

Why this congregation? After I graduated from college, I taught in one of their schools in Mindoro in which the students were all indigenous people also. Since I was working with sisters in the school, I witnessed and experienced how they worked, lived and related to the people, especially to the poor to whom they are ministering. It was their witnessing that helped me decide to join this congregation.

What is your ministry with indigenous people?

I am in charge now of educating indigenous people in the mountains in Bukidnon in Mindanao in which the students and teachers are all indigenous. We are also assisting young ladies in the dormitory who are studying in high school and are helping the mothers in the livelihood program.

What has been the biggest challenge?

What impact do you wish to leave in your work with the indigenous people?

The thought of their children graduating from college and working with them and for them, and that they will be able to manage the school and the livelihood that we started. That they will always be united and value the spirit of community service and sacrifice for the common good.

How do you see the Holy Spirit in your work and ministry?

As a missionary and servant of the Holy Spirit, I can say that the Holy Spirit is really working in us. I always consider myself as a person with so many limitations. I don't have the courage. I am not that gifted. I have so many fears, especially of the unknown. 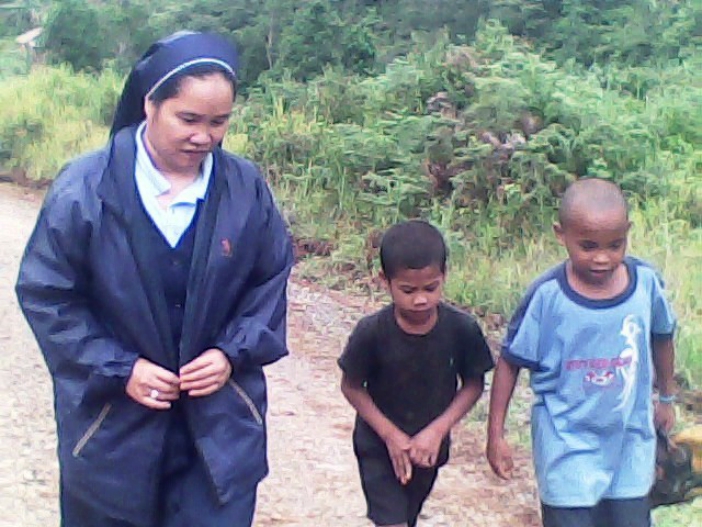 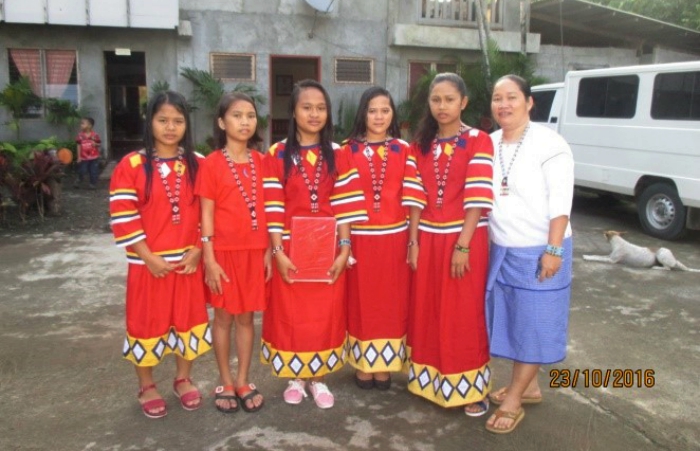 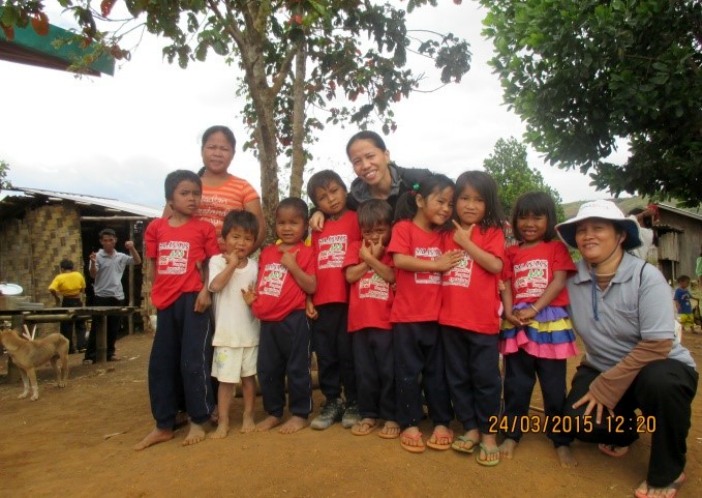 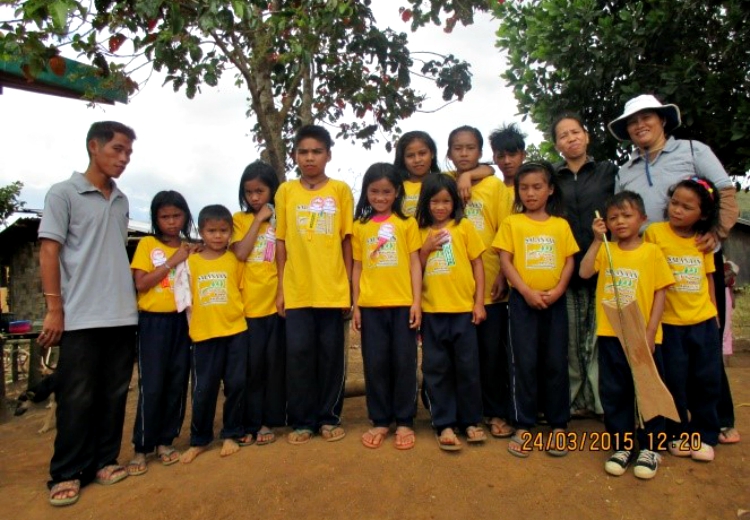