Q & A with Sr. Judy Byron on forcing Sturm Ruger to report on gun safety 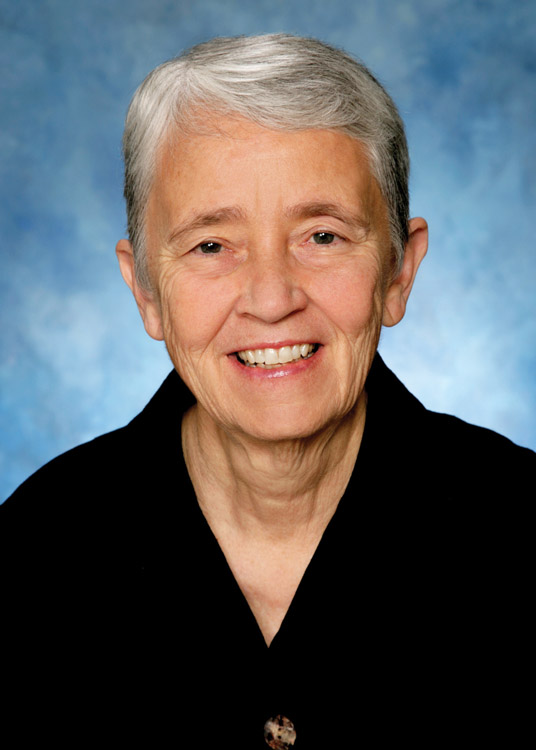 For nearly 50 years, women religious have been working to get corporate America to act responsibly on issues such as workers' rights and the environment. When there are victories, they are usually small, incremental, and often unseen by the public.

Sometimes the sisters don't even know of their success. According to the 2006 book The New Capitalists: How Citizen Investors are Reshaping the Corporate Agenda, the Seattle-based Northwest Coalition for Responsible Investment — a coalition of faith-based investors, mostly communities of women religious — and a coalition of shareholders filed a shareholder resolution with General Electric in 2002, asking the company for a report on its emissions of greenhouse gases and steps it could take to reduce climate change.

The shareholder resolution got 23 percent of the vote, and the sisters moved on in their work. But that 23 percent was a wake-up call to executives, according to The New Capitalists. In 2005, General Electric launched "Ecomagination," a companywide effort to make energy efficiency a core mission of the business.

The result? General Electric reports that in the first 12 years of the program, it has invested $20 billion in research and development, which has paid off with $270 billion in new revenue. It has reduced its greenhouse gas emissions by 18 percent and its use of freshwater in the manufacturing process by 29 percent.

But sisters such as Byron have been winning very public battles lately, including forcing Exxon Mobil to analyze the risk climate change and attempts to address it pose to its business, and dialogue with Dick's Sporting Goods executives that resulted in the company's February announcement that it would stop selling assault rifles and raise the minimum purchase age for firearms to 21.

On May 9, shareholders of gun manufacturer Sturm Ruger voted to require the company to report on its efforts to improve gun safety. Byron was the co-filer of the resolution along with Colleen Scanlon of Catholic Health Initiatives, who was the lead filer.

Executives had refused to discuss the issue, Byron said, but the shareholder resolution passed with 69 percent of the vote.

GSR: Shareholder resolutions in general don't often pass. Resolutions based on social justice or the environment are even more difficult to pass. What is it like to have such a big, public win?

Byron: Wins are rare, especially with 69 percent of the vote. Resolutions on the environment, climate change, water — they might get good support, like 30 percent. Social resolutions are more difficult, but that's changing. A win for us isn't necessarily the percentage of the vote, but: Is the company listening, and are they going to change their policies and practices?

Over the 20 years I've been at the Northwest Coalition for Responsible Investment, we've seen a move from resolutions to dialogue. The Interfaith Center on Corporate Responsibility [a coalition of nearly 300 faith and values-driven organizations] has been around for almost 50 years, so we're known. Often, we can just call and start a dialogue. But when we write to a company like the gun manufacturers and they don't reply to us, then we have to file a resolution.

There was a time when corporations were afraid to take a stand for or against anything. That seems to be changing.

They have to. If they don't respond to consumers and shareholders, they aren't going to be in business. If people don't buy their products, that's it.

You do wonder what the future of the gun manufacturers will be. Is this generation coming up, are they going to be buying guns? They're a generation that every product they have is a smart product that knows what they want before they do. It's hard to believe they aren't really considering all this.

Still, it must be strange to see these sudden, public victories.

That's the history and vision of the ICCR. It started as a few faith-based investors against apartheid in South Africa in 1971, asking companies to divest in businesses there. It took until 1994, when they had free elections. That's almost 25 years before there was a good result there. The Rev. Martin Luther King Jr. said, "The arc of the moral universe is long, but it bends toward justice."

Two years ago, a group of us decided to address gun violence. We filed the resolutions [with Sturm Ruger and American Outdoor Brands, maker of Smith & Wesson firearms] in January [2018] and hadn't gone public about it. Then the Parkland, Florida, school shooting Feb. 14 happened, and Dick's Sporting Goods made their announcement.

It just seems like we could be at a tipping point. We certainly are building the will to do something. The students are so articulate and so courageous. When teenagers get something in their mind, it's hard to dissuade them. Look at civil rights, the Vietnam War. Those students were a little older, but today's students seem very mature.

We have also filed a resolution with American Outdoor Brands, but that shareholder meeting isn't until September. As we get closer to that time, we'll be ramping up the discussion.

We'll continue to attempt to engage with the gun manufacturers, continue the dialogue with Dick's Sporting Goods and the financial institutions financing the firearms industry and companies that have ties to the National Rifle Association.

We aren't saying "no guns" or "take people's guns away." We want safe guns. So we're collaborating with other groups — I have a seven-page list of groups we're working with — and we're focusing on states that have significant legislation up in the next year. Personally, I think that's how you accomplish it. You start with the states, and eventually, Congress will have to do something.

Ministry | Q & A with Sr. Judy Byron on forcing Sturm Ruger to report on gun safety

Q & A with Sr. Mary McCauley, an advocate for comprehensive immigration reform