Tuble, 50, recently completed her master's degree in theology at the Loyola School of Theology of the Jesuit-run Ateneo de Manila University in Quezon City. Her thesis, which dealt with depression, won the Best Thesis Award from the Ateneo School of Humanities and is the basis for her well-attended talks on depression at the Loyola School of Theology and the Ateneo de Manila University.

Like most Cenacle sisters, Tuble gives retreats and spiritual direction. As current vocation and pre-novitiate director of the Cenacle Asia Region, she is involved in vocation activities and formation sessions.

In June, Tuble spoke at a forum called "Love Stronger than Death: A Theological Response to Suicide in Depression" at the Ateneo. In February, she tackled the same topic at the Loyola School of Theology.

Tuble examines theological and pastoral responses to suicide in the context of clinical depression. She explores the psychopathology of suicide, drawing from research in neuroscience and psychology. She brings up how the church regarded suicide throughout the centuries and offers a "contemporary moral approach."

GSR: How did clinical depression first manifest in your life and later when you were a religious?

Tuble: I was 13 years old when I had my first major depressive episode. The family doctor could not find anything physically wrong with me except my insomnia. He prescribed tranquilizers. I felt sad, hopeless, tearful most of the day for weeks. I felt crushed for no reason. My dad would drive me to school, and I couldn't bring myself to open the car door. I would end up on his office couch, curled up in a fetal position.

My second episode was after I had just made my first vows as a Cenacle sister. The depressed mood, the crying spells, the utter hopelessness, the insomnia returned with renewed force. At night, I would go inside my bedroom closet to cry because I was afraid the sisters would hear me.

Can you further describe depression as you and many experience it?

I couldn't sleep for weeks, and if I managed to sleep a little, I would wake up tired. I felt sad, empty, tired, hopeless. I had crying spells, mostly in the morning, or late at night. Everything was a burden, including eating. I hated myself. I wished I would just die. Nothing gave me pleasure — even compliments drove me to tears. It was so hard to concentrate because my mind was just a blurry, confused mix of negative thoughts. I felt isolated from everyone, even when others tried to help or cheer me up.

When did you realize that you needed professional help?

I did not receive any professional help in my first episode. I was too young, and my parents did not know anything about mood disorders. As for my second episode, my sister-formator suggested psychotherapy. I had intensive psychotherapy once or twice a week for three and a half years. Since psychotherapy dealt a lot with the unconscious, I can say that it radically transformed me. When I had my third episode, I returned to it, but my fourth episode was pretty bad. This time, I went to a psychiatrist, who diagnosed major depressive disorder and prescribed medication. All throughout, my community was a great source of care, help and support.

You spoke openly about your attempt to end your life. What prevented you, at the last minute, from carrying it out?

I suffered a severe major depressive episode in November 2014. I felt the world was immensely inhospitable, and life was drained of every joy and vitality. God was not so much distant as obscured by an impenetrable darkness, by an oppressive gray fog of despair that choked prayer into nothing but, "God, I want to die. Let me die." A detailed suicide plan was formulated, perversely, during my personal prayer time. The means were ready and accessible. The only thing that kept me from killing myself was the one question: "How can I do this to God, who has been so good to me?"

Months later, when everyone thought I was on the way to recovery, I had an episode of self-harm. I was immediately put on 24-hour suicide watch. However, later, my psychiatrist diagnosed it as non-suicidal self-injury.

Did you ever think religious life might have aggravated your depression?

I would have had this disorder whether or not I am in religious life. Whatever state of life I am in will have its attendant stressors. It is a matter of understanding and coping with it.

I am blessed with a loving, caring and supportive religious congregation that is au courant with the advances in psychology and medicine. They took my diagnosis in deep faith: caring for me when I could barely care for myself, taking over my responsibilities, and always holding out that firm hope for healing that strengthened me on the arduous road to recovery.

Being in vocation promotion and spiritual formation, what insights do you bring into the work that would help people suffering from depression, grief or loss?

The most important insight, borne not only from my own personal journey but from the experiences of people I minister to, is the profound conviction that God has never left anyone to suffer alone. The utter faithfulness and abiding love of God, even in the face of deep suffering such as depression, grief or loss, is ultimately that which heals us and restores us to wholeness.

Would you say that depression among religious is largely hidden or undiagnosed? Should it be equated with the so-called "dark night of the soul"?

Besides medical intervention and psychotherapy, what are your personal ways of dealing with depression?

I make physical exercise an essential part of my schedule. I try to get sunshine every day because it uplifts mood and improves sleep. Meditation and mindfulness exercises also help. I practice EFT, Emotional Freedom Techniques, when I have strong negative feelings. Acupuncture helps alleviate depression. Most important of all, I pray every day. No matter what my mood is or how my day went, prayer reminds me that I belong completely to God, and therefore that all shall be well.

In your personal experience, how does prayer, faith or religion help?

Numerous studies have shown the importance of faith: religious coping protects against suicidality, while religious struggle aggravates suicidal ideation. This means that the kind of faith you have matters. Religion that promotes a distorted image of God as punishing, distant, uncaring or tyrannical can aggravate depression and suicidality while religious belief and conviction that God is love gives the depressed person the faith to hang on to life — and God — no matter what. This I have personally experienced: Without faith, which is a gift from God, I would have ended my life when I was in deep despair.

What is the contemporary moral approach to suicide that you promote?

In my thesis, I simply traced the historical development of the church's stance on suicide and how it has now come to a place of compassion in dealing with suicide. The church now distinguishes between moral judgment on the act of suicide and the person who completes suicide. The act of suicide remains objectively, morally wrong, and this moral judgment applies even to people who are mentally ill. However, the church now acknowledges that mental illness is most often associated with suicide, and therefore the person's responsibility is diminished. Now, the church prays for those who have taken their own lives and offers compassion to those who struggle with mental illness and those bereaved because of suicide.

In your talks, you have dissected depression skillfully and compassionately. How has this helped in your own personal healing?

I needed to make sense of my experience, to understand this mental illness as much as I can, in order to have some measure of control over it. By understanding how it works in my brain, by recognizing its symptoms, dynamics and what my triggers are and knowing what could help, then I could learn to live more peaceably with it. Understanding gives way to acceptance, and acceptance deepens understanding and enables me to be more compassionate with myself. This self-compassion is perhaps the biggest sign of healing for me. 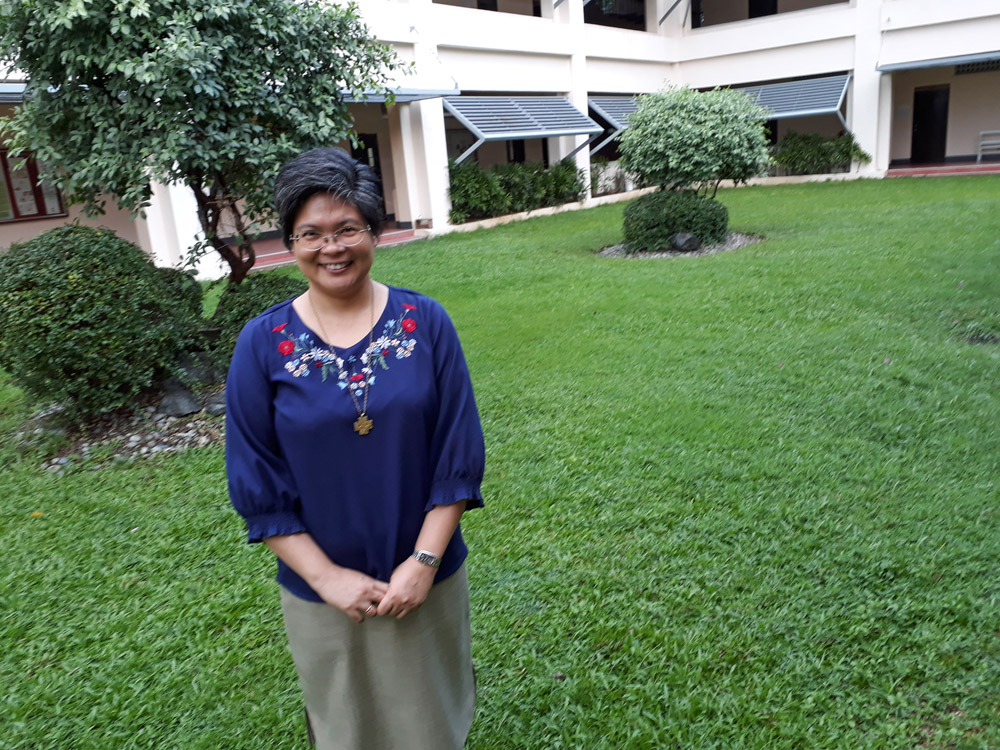 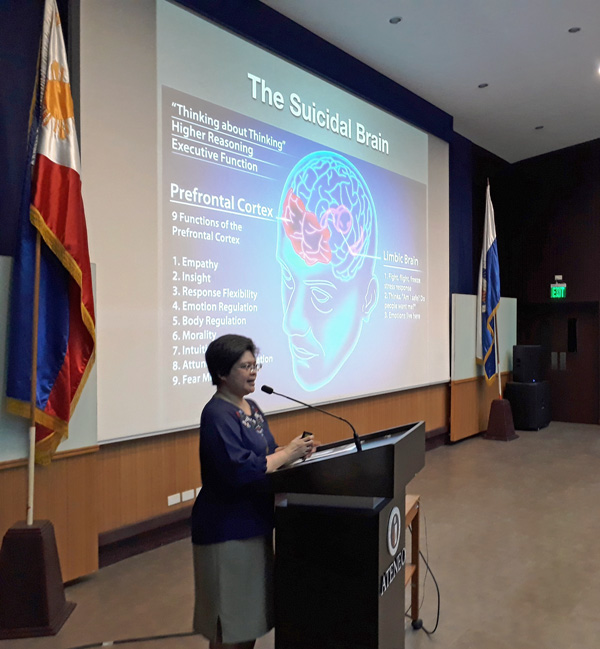 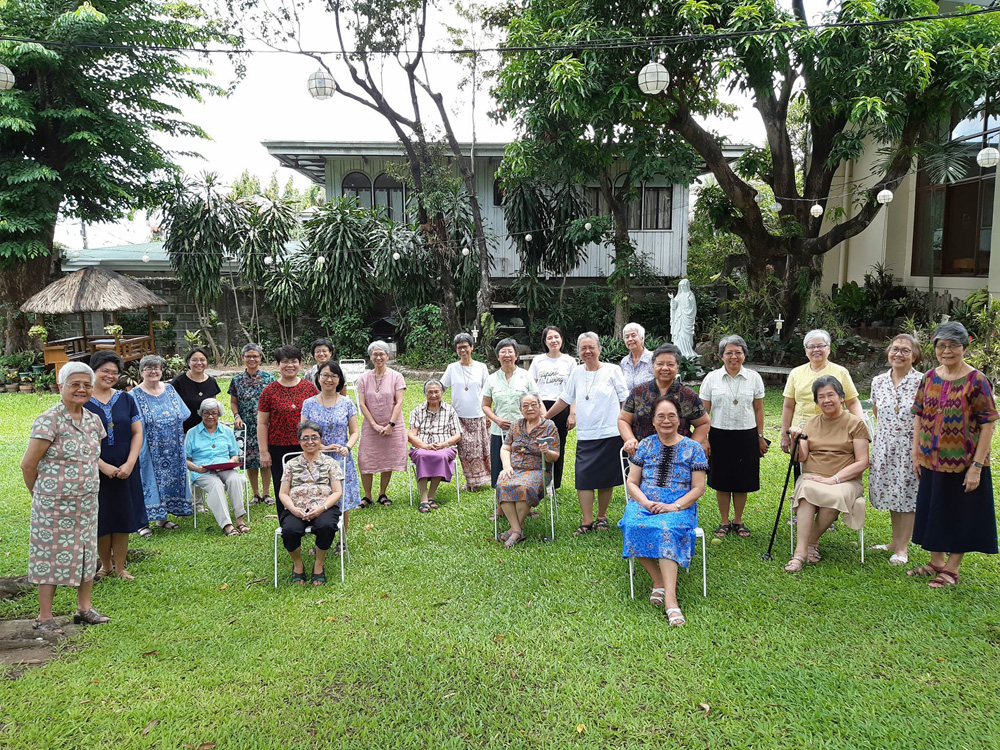