At a stage in life when all her peers are long retired, Mercy Sr. Maureen Lally, 80, still works tirelessly to help communities adversely impacted by recession and emigration to develop themselves into hubs of sustainability.

Lally is founder of the Tóchar Valley Rural Community Network, a grassroots initiative based in County Mayo in the West of Ireland that empowers 18 rural communities by establishing microenterprises producing homegrown products to help local farmers supplement their incomes. Before she retired, she was responsible for training hundreds of people in leadership, capacity-building and self-development under the United Nations' Food and Agriculture Organization in places like Armenia, Albania, Bosnia, Croatia, Estonia, Hungry, Iceland and Kosovo.

Lally was awarded the 2018 Mayo Person of the Year award in recognition of, as the adjudicators said, "her quiet influence, relentless positivity and loyalty," which they said had "contributed much to our native county."

Though the Islandeady native has lived almost all of her life in the West of Ireland, she taught at St. Joseph Cathedral Grade School in Jefferson City, Missouri, in the United States from 1960 to 1967. (The Sisters of Mercy from Swinford, County Mayo, served as administrators and faculty members from 1960 until 1988.)

Lally returned to Ireland in 1967 because she had been earmarked to take over management of the rural home economics college at Swinford. This ultimately enabled her to fulfill her long-held dream of doing something to help the rural people of County Mayo.

GSR: Where did your interest in farming come from?

Lally: My father and mother were small farmers in Derrycoosh, a small village in the parish of Islandeady in County Mayo. There were five girls in the family, but one of my sisters died at 5 and a half, so there were four girls growing up.

I loved being out on the farm with my father. I was very conscious of how hard my parents and the neighbors worked for so little.

Both my father and my mother farmed 30 acres or less. It was long before European Union farm subsidies. As children, we all had work and tasks to do. We picked the potatoes and helped save the turf and hay. That was part of our lives, and we enjoyed it.

My parents worked very hard. My father tried to make the bit of land we had more productive. We were sent to the Mercy secondary school in Castlebar, the nearest town. Finding the fees was a big sacrifice for my parents, but the Sisters of Mercy were very good and helped a bit with the fees.

The word poverty or feeling impoverished really never came up. They had a great sense of gratitude to God for what they had. They never complained about what they hadn't got. One of the first lessons I would have learned from my father was about care of the Earth.

Your experience of school with the Mercy Sisters was positive. That must have been a factor in your decision to join the congregation.

I went to the convent school in Castlebar. We were country girls living 3 miles outside the town in a rural village. When we started, there weren't many girls from our area going to the convent school. My parents' legacy was to give us an education, which they didn't have themselves. They were very self-sacrificing people.

I did my Leaving Certificate at the Mercy secondary school in Castlebar. I had a leaning toward home economics, farming and rural life. I had watched my mother, who, though she had very little formal education, the little she had, she really put into practice. She was a very good cook, a very good baker, and she grew all the vegetables we ate. We had our own food. We were self-sufficient.

The Department of Agriculture had colleges called rural home economics colleges throughout Ireland. Religious sisters had developed these with the assistance of the Department of Agriculture. The nearest of these colleges to me was 20 miles away in Swinford, County Mayo, and it was run by the Sisters of Mercy. Students learned how to improvise, economize and budget and learned about nutrition, cookery, growing your own food, and interior decoration. I studied there for one year in 1956.

Later, I continued my studies at the Munster Institute in Cork, which offered a three-year course and prepared me to become a farm home management adviser. But by the end of 1957, I began to think about religious life. Thankfully, my parents didn't stop me, and I entered on Sept. 24, 1958.

So how did you end up teaching in Missouri?

The novitiate formation lasted two and a half years. At the time, there were priests coming from the U.S., asking if the Mercy congregation would consider sending sisters out to work in different schools in the U.S. — a different type of mission. I volunteered to go to the States, and I was selected to go.

We went out to St. Joseph's Cathedral School because of an Irish priest, Msgr. Francis Deignan, who was the pastor. Jefferson City was a new diocese, and I got great opportunities to study and get my degree in Chicago and Lincoln University.

My whole career, my whole life, my whole confidence came from that time in the U.S. I loved primary teaching, and I loved the American people. I wanted to stay there, but I was also conscious that my parents were getting older and the rest of my family were all away or married.

The day did come when I was asked if I would consider coming back. I came back. I had no choice, really. After finishing my studies at the Munster Institute in Cork, I went to Swinford to teach at the home economics school.

How did the Tóchar Valley Rural Community Network come about?

I worked in the home economics school for a number of years, but then the Department of Agriculture began to close the schools. Then I applied for a job as a farm management adviser at county level. I remember my superior saying to me, "You'll never get that job. They would never give it to a nun." But the Mayo Department of Agriculture did give me the job. I was a Sister of Mercy with a veil on my head. It was unusual, to say the least!

I worked in that role with the farming community alongside the agricultural instructors from 1967 until 2002, giving talks and advising on farm layout, planning and conserving energy. I never saw it as work. I enjoyed every minute of it.

Ahead of my retirement, my CEO, Terry Gallagher, said he thought I should commission a study to look at the future of farming and farms in Mayo. Dr. Jim Frawley from Teagasc did the study, "The Future of Agriculture in County Mayo," in 1997, and it clearly showed that just 7 percent of Mayo farms were viable holdings. This highlighted that the majority of Mayo's farmers needed a supplementary income in order to be financially viable.

We presented the findings to a number of communities in County Mayo, and then we talked about what could we do. We saw that the area from Balla to Croagh Patrick was full of heritage. We needed a network of communities to shape the vision and raise the hopes and expectations.

After a few weeks, we set up the Tóchar Valley Rural Community Network. Tóchar is the Irish word for a pathway or causeway. One of the great pilgrim paths of Ireland is the famous path going from Ballintubber Abbey to Croagh Patrick in County Mayo.

By 2001, things were beginning to move for the Tóchar Valley Rural Community Network. Where did it go from there?

The whole purpose in setting it up was to help the communities establish some income-generating activities. We began a walk called the Croagh Patrick Heritage Trail. We talked to farmers about how we might develop tourism through walkers eating locally and staying locally. "Savor the flavor of the natural!" we appealed.

People were making jam and butter, producing honey, baking bread, raising poultry and growing vegetables. While the incomes might not be huge, it was another way of utilizing their land and becoming more self-sufficient. We were also developing our training programs and leadership programs. Having started with 12 communities, we now have 18 communities involved.

The Croagh Patrick Heritage Trail has become a good income generator, a model of best practice, and it is now challenging walkers who walk it in preparation for the Camino. People come from all over Ireland, Northern Ireland and overseas to walk its 61 kilometers. It has recently been extended from Balla to the Marian shrine in Knock. The overall aim is to develop the trail from Downpatrick to Croagh Patrick.

The main challenge is to continue to capitalize on the quality of life and rich spiritual and agricultural heritage of rural Mayo. 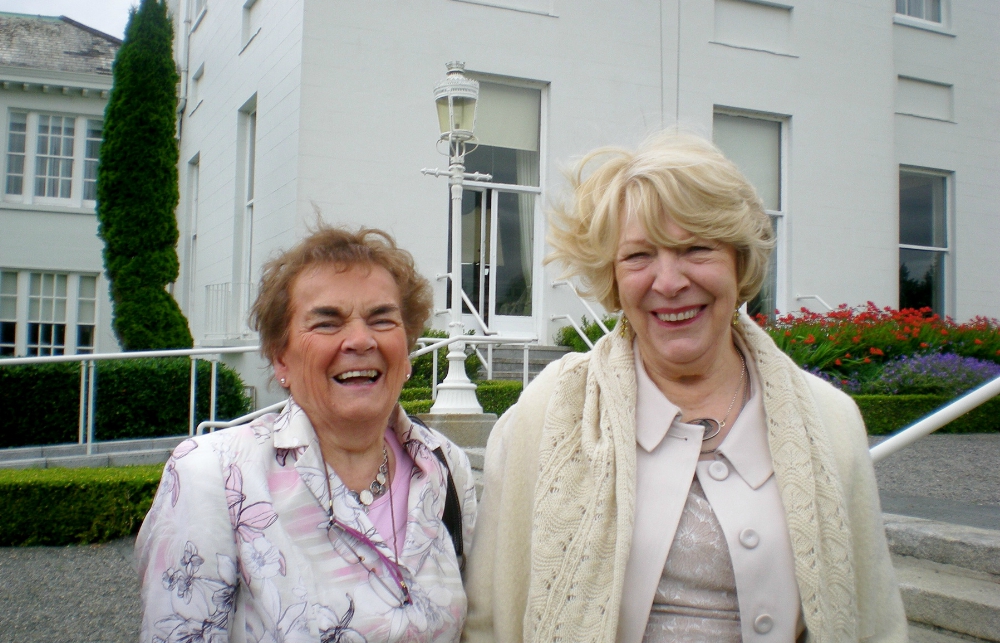 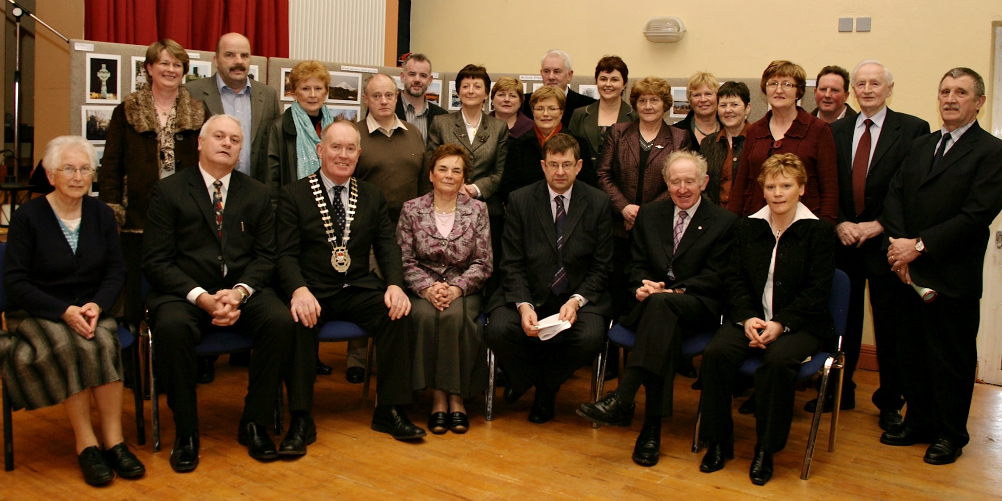 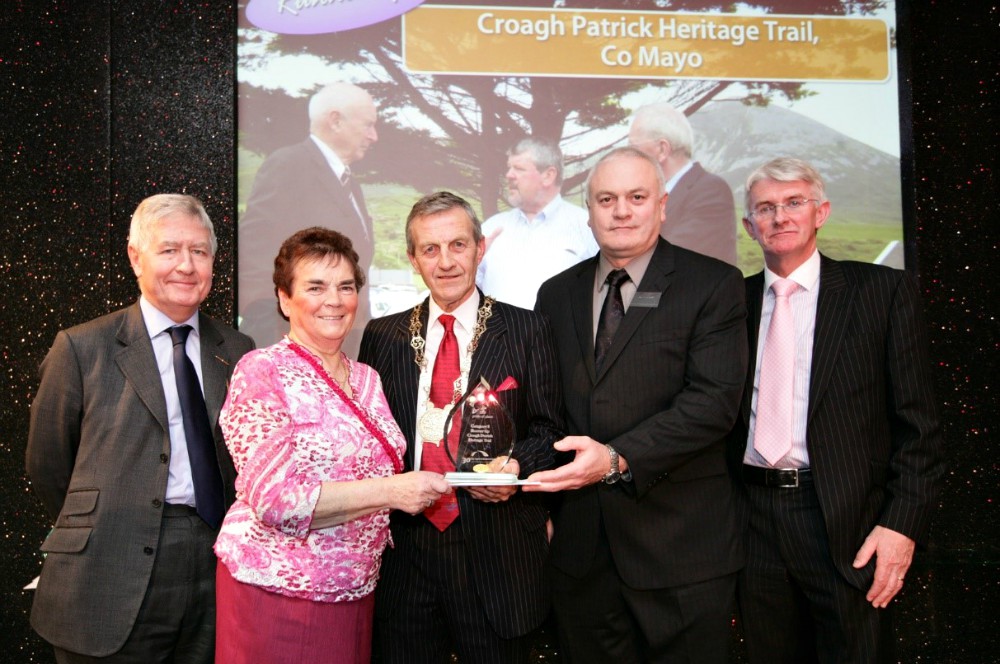