We pulled into the edge of a Home Depot parking lot in New Hartford, New York, where a small crowd was starting to gather. Matt and Nicky, our advance team, had arranged and arrived ahead of us so everything would be ready when we pulled up in the wrapped tour bus. It is hard to miss us: a 45-foot-long, 13-foot-high, brightly colored bus!

We had asked for a meeting with U.S. Rep. Claudia Tenney, the incumbent in New York's 22nd District. No meeting occured, but her constituents gathered on the gently sloping hill in anticipation of joining with like-minded people who care about our neighbors.

Social Service Sr. Simone Campbell started us off with our main purpose: responsible revenue for reasonable programs. Then Sandy, who is a licensed practical nurse, spoke about her concern that her representative was not doing enough for health care and described how dangerously short-staffed her workplace was. Someone in the crowd started to come forward to dispute her claims but stayed put with a word from Sister Simone.

Then Reverend Jeff, a Presbyterian minister from a nearby community, spoke about U.S. Immigration and Customs Enforcement's arrest of a father from Guatemala who worked on a local dairy farm, leaving his family and the farm in dire straits. He offered a prayer for the efforts of the bus tour and suggested that we are our "sister and brother's keeper."

"I applaud sisters for standing up for the least of these," he said.

Sister Simone ended the rally reminding the crowd of about 75 that we need tax justice to support 100 percent of the country, not the 1 percent and corporations. The sisters then spread through the crowd to hand out pledge cards and Connection, the magazine of Network. With the signed pledge card, people came forward to sign the bus so they can go to Mar-a-Lago with the nuns.

This gathering was special for me, as many members of my congregation were there and brought birthday greetings!

I also did an interview with a local AM radio station for a little publicity for our morning rally. The questioner was very interested in having me speak for all women religious and for the church. I spoke about the dignity of life from conception to natural death and how we need to care for our sisters and brothers.

At the 11th hour, we learned that a staff member of Rep. John Faso would meet with us. Sister Richelle and I climbed into the advance car and headed to Kingston, New York. Upon arrival, we met Kevin from Citizen Action, who joined us in our meeting with Ryan McAllister, the district director for Faso, and George Christian, the senior caseworker. Interestingly, Ryan grew up in my hometown, so I know his parents and family.

We thanked Ryan for the congressman's no vote on the tax bill and talked about the impact of the tax bill on Social Security, Medicare and Medicaid, and health care. We told him we understood that Faso was hard to meet with. He said, "I do his calendar for him, and that is not true." He has had more than 1,000 meetings with constituents and two town halls. He also goes on the radio.

Ryan talked about the jobs that are being created as a result of the tax cuts to corporations. We challenged that, saying only 4 percent of corporations gave a bonus, and much of the money was used to buy back stocks. He had no response. He did say that Faso does not believe compromise is a dirty word.

We thanked them for taking time with us and went outside to join the rally. People were very vocal in saying that Faso did not listen to his constituents. The group outside was 80-strong and ready to join us on the road to Mar-a-Lago.

First Friends means exactly what it says. It is an organization that reaches out to be the first friends to refugees and asylum-seekers left in detention and corrections centers in Essex, Hudson and Bergen counties in New Jersey.

First Friends was started in 1999 by groups from Jesuit Refugee Service and community services of the Newark Archdiocese, staff members, and more than 200 volunteers. The organization visits detainees, sends cards and letters, and makes themselves available to detainees.

Today, we visited with the staff and some former detainees to hear how effective this organization has been in truly welcoming and caring for the women and men who are forced into detention cells.

We listened to several of these immigrants tell of their experiences of horrible disrespect and brutality. Ali, who learned English while in detention, asked us "to listen not to my broken words, but feel my broken heart."

Ali and his friends told us of the great dignity and respect shown to them when First Friends officials Sally Pillay, program coordinator and social worker, and Rosa Santana, coordinator of the detainee visitation program, reached out and offered them consolation. They initiate contact with the detainees, asking if they would like a visit or have any other needs.

In appreciation of the efforts of the First Friends staff, many detainees have created works of art displayed on a Wall of Gratitude. 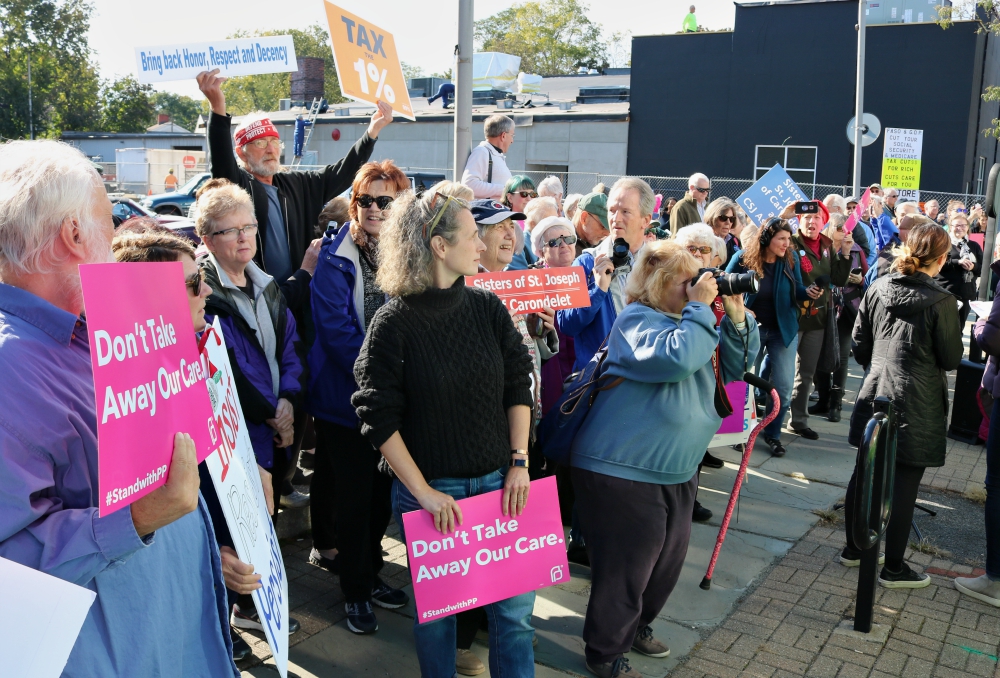 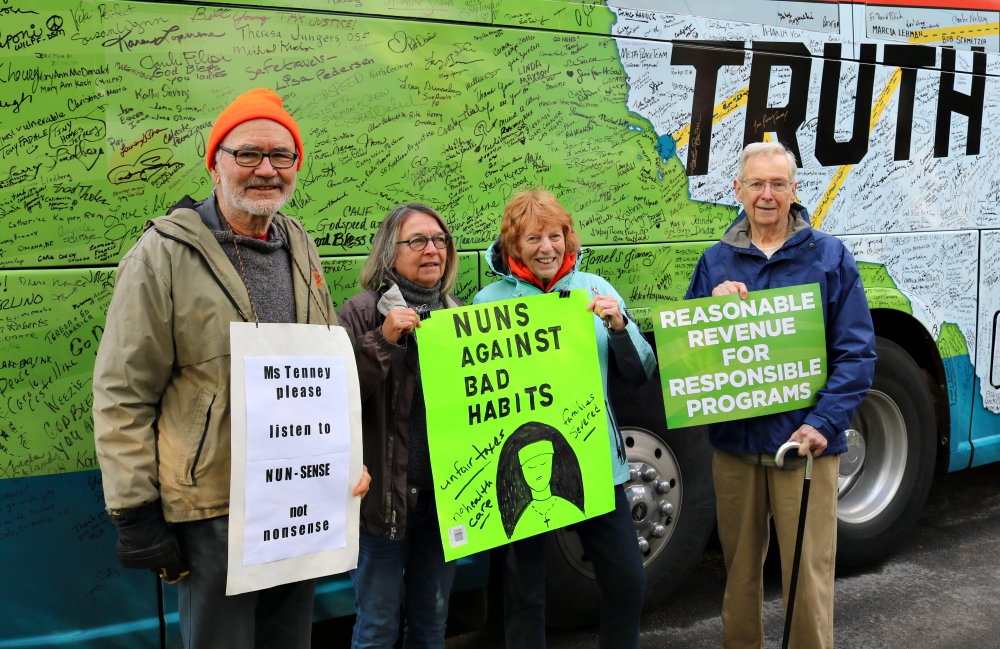 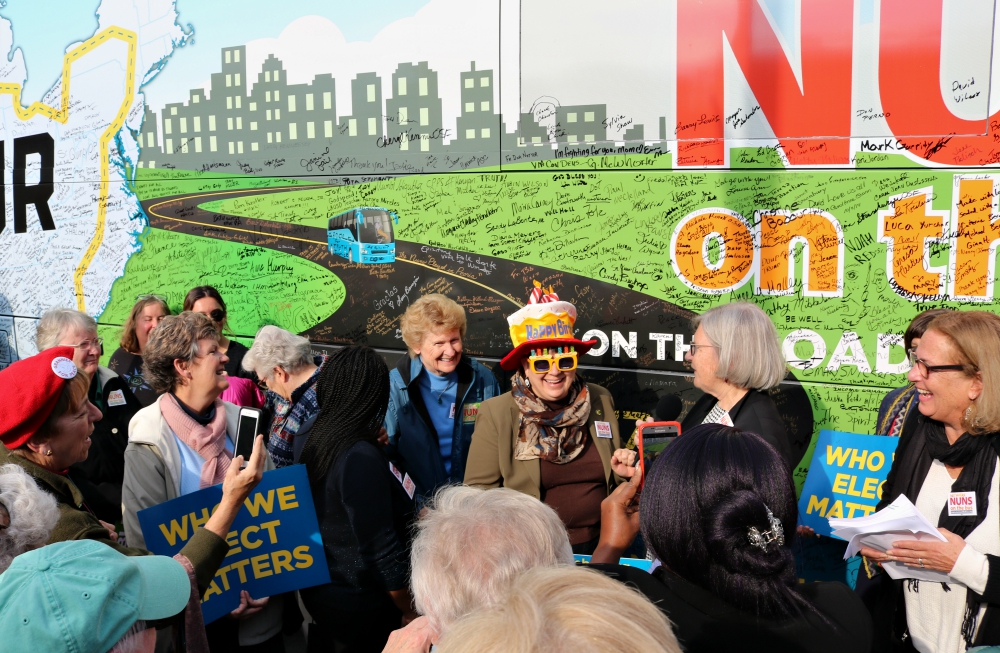 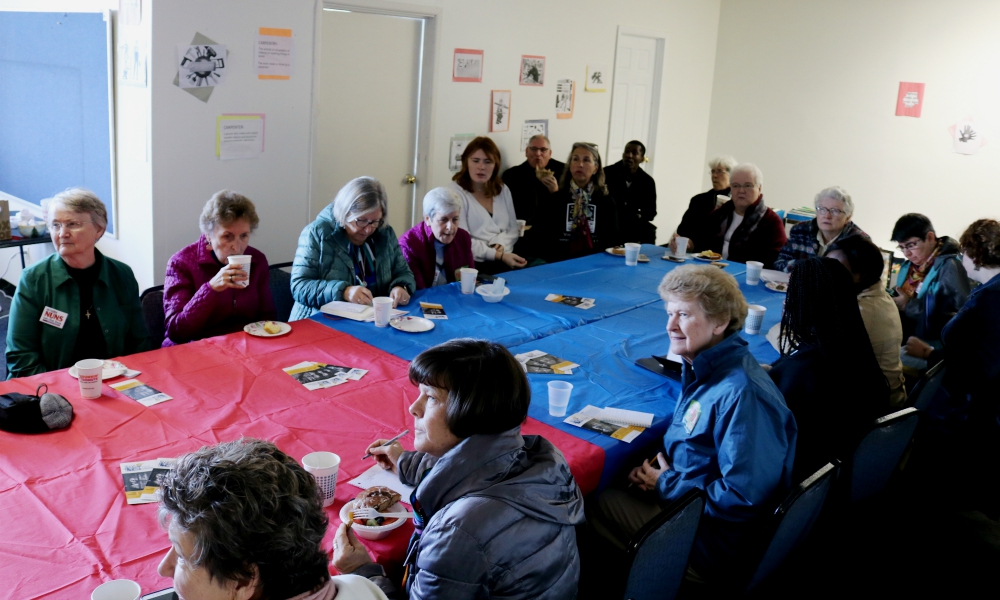 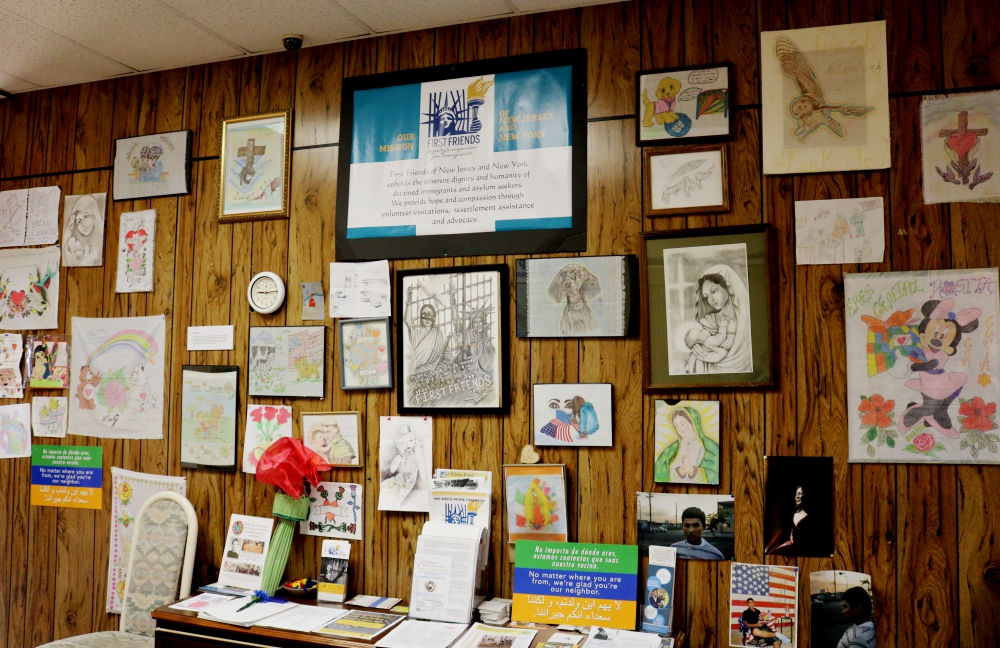