My journey to Wisconsin began in North Carolina where I left behind security of home and the familiarity of friends. I was somewhat apprehensive of what I might encounter, but a tinge of excitement bubbled within as I anticipated joining the Nuns on the Bus. I had read with awe articles about Sr. Simone Campbell and followed her on social media, but never had I anticipated actually being on one of her justice journeys.

I grew up in a very protective environment during the Civil Rights movement. I lived a very comfortable life, was educated by white religious sisters who taught me little or nothing about my culture and the reality of the world around me. However, I listened to adults talk about racial and economic injustices, I became fearfully aware of the riots of 1960s, questioned militant stories about the Black Panther Party, and felt the sadness seen on faces after the assassinations of Malcolm X, Martin Luther King, and Robert F. Kennedy. I developed a hunger to know more, but fear of harm gave me little incentive to actively do something about the injustices around me.

Now in one of the most heated and critical times in America, when people are afraid to publicly express their religious and political views, I find myself on a large light blue, green and orange bus — NETWORK Nuns on the Bus — Mending the Gaps. I am gradually being transformed and now speaking before a sea of people about "policies have created the chaos, but policies can create change!"

I listen to the conversations around me as we travel from Wisconsin to Illinois. The tone is light with laughter and solid with excitement of what lies ahead. We will meet supporters and probably those who do not support our efforts. To them wherever we go will be, as Simone says, "a healing presence."

I have already experienced this healing presence within the voice of the woman who spoke about the death of her younger sister who died of cancer, unable to afford health care. The power of God's grace filtered throughout the applauding crowd that cheered the accomplishments of a young woman who did not give up after being denied proper mental health care for her bi-polar condition. She shared what it had been like to overcome the struggles of being homeless, jobless, and unable to care for her three young sons.

Tonight as we travel to Springfield, Illinois, my heart is full. Although touched by the rawness of humanity my soul delights in the joy of knowing that we, the Nuns on the Bus, have given hope to the hopeless and encouragement to the discouraged as we begin to reweave the fabric of America.

[Larretta Rivera-Williams, RSM, is originally from Winston-Salem, North Carolina, where she is coordinator of pastoral care at St. Leo the Great Catholic Church. Since entering the Sisters of Mercy in 1982, she has ministered as an elementary, secondary, and divinity school educator. She has written and produced plays as well as directed and choreographed.] 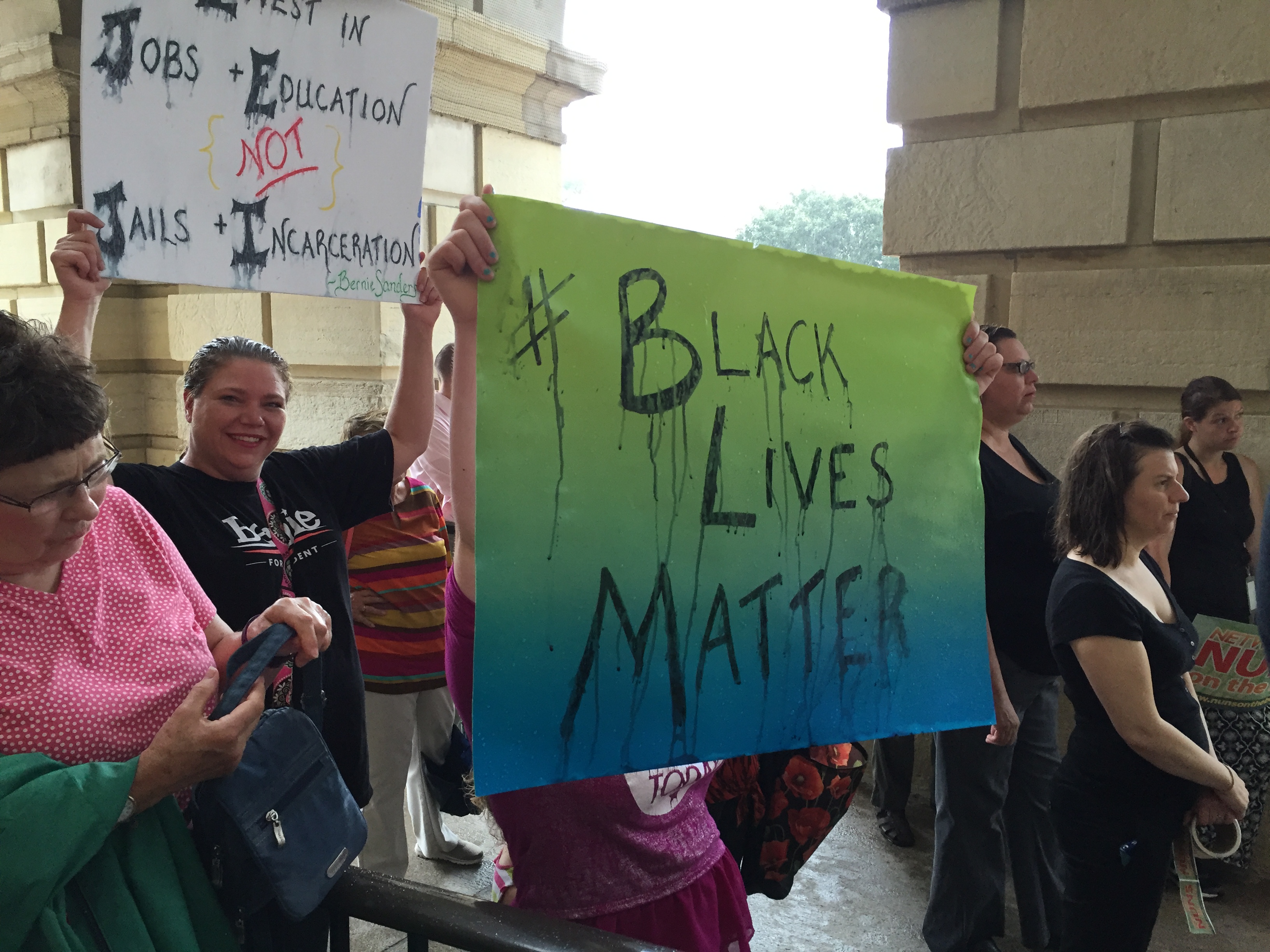